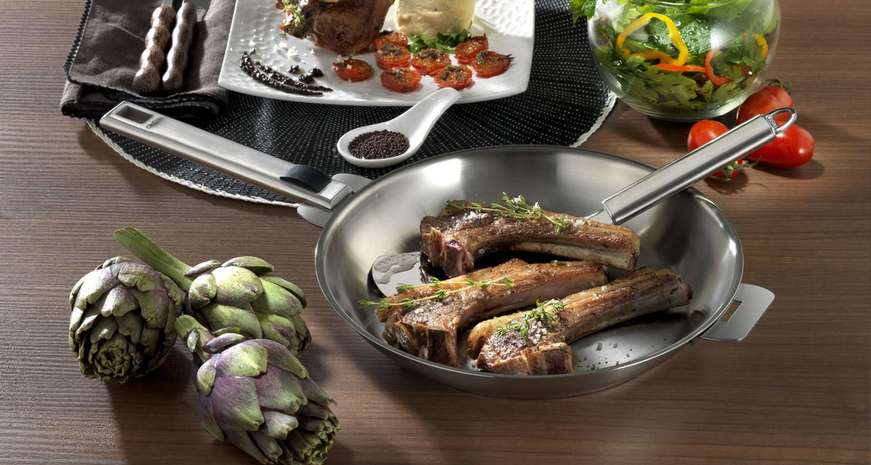 CRISTEL: Why the upscale stainless steel French cookware is totally worth it

It’s no secret; the French are good at cooking. Much of this can be credited to famously fancy and notoriously tricky cooking techniques, which have traveled across oceans, passed from Michelin-starred chefs to talented apprentices, and survived generations of trendy “new” culinary styles. But also, when you develop a national reputation for cooking what many people (including residents of the American South) consider to be some of the world’s best food, you gain influence over what type of cookware people choose to purchase when they’re serious about sautéing and such.

So naturally it’s the French, who’ve heavily influenced world cuisine, who have given us CRISTEL cookware.

With more than 90 percent of its products made in Fesches-Le-Châtel, in eastern France, CRISTEL cookware is a high-end brand of stainless steel sauté pans, saucepans, roasters and more for serious home chefs. Famous for its slick, stackable stainless steel designs, which retain and diffuse heat, CRISTEL isn’t on the lower end when it comes to price, but of course when you’re looking for upscale cooking equipment that performs as beautifully as it looks on your stovetop and is up for your most creative culinary challenges, it’s only fair to expect an increased investment. That’s especially true when you consider that smart investments pay off. 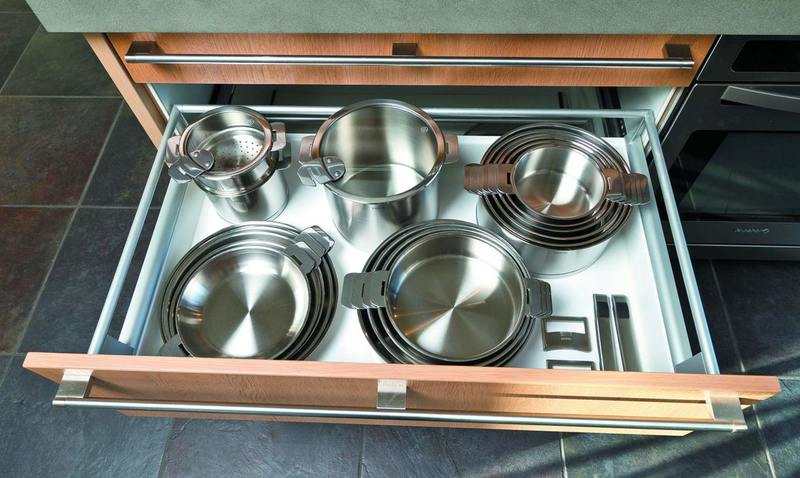 19th century beginnings
CRISTEL was officially founded in the 1980s as the cookware company it is today, but its full history goes back to 1849, when a French factory manufactured the first stamped saucepan made of beaten tin in the country, after previously making clocks and a host of patented items. Though the factory changed ownership following the first and second World Wars, and closed in 1981, a group of former employees attempted to revive and run the company as a cooperative.

The worker-run group decided on the name “Cristel” and worked hard to return the factory to glory, until they realized they badly needed help with management and organization. They hired a freelance consultant named Bernadette Dodane, whose husband Paul Dodane happened to be an engineer for Peugeot automobiles. After visiting the site, seeing the poor quality of the factory’s equipment, then meeting with employees and local authorities to discuss solutions, the Dodanes came up with an idea: They’d buy Cristel themselves and come up with a novel “cook and serve” design that lent itself to the stovetop just as easily as the top of the dinner table.

The Dodanes mortgaged their house and talked friends into investing in CRISTEL, and now, 30 years later, their investment has proven to be as wise (if not more so) as their customers’.

Premium design, construction and cooking
Today, CRISTEL is widely recognized in France, the U.S., and around the world as a leading name in premium stainless steel cookware. The pans and roasters, which feature a thick base of aluminum surrounded by multiple layers of durable, rust-resistant 18/10 stainless steel (the numbers represent the respective percentages of chromium and nickel), work well with a variety of heat sources, with exceptional diffusion whether you’re cooking with gas, electric heat or induction.

The even heat distribution of CRISTEL’s nonstick stainless steel means you don’t need fat or even water to cook meat. A naturally delicious pan sauce or gravy will form on its own as you sauté beef, chicken or other meats.

The cookware’s elegant design is also highly appreciated by discerning cooks for having removable handles, which let you quickly switch between frying, roasting, serving and stacking. You’ll realize the handiness of removable handles when prouldly delivering your finished meal straight to your dinner table and snapping the handles off; the pans and roasters were intended to be displayed and appreciated anyway. The snap-off handles are also great for storage, as you won’t have to worry about them taking up extra space in your cabinets.

Perhaps the sweet finish for those who appreciate convenient clean-up after a stellar home-cooked meal: these pots, pans and other items are dishwasher-safe.

We know; you love your Southern-made, high-end or even mainstream cast iron (you know we love it too). But in the case of CRISTEL, we think you’ll make a tasteful exception for cookware that wears a “Made in France" guarantee, even if the contents of your cookware come out with a little country flavor.