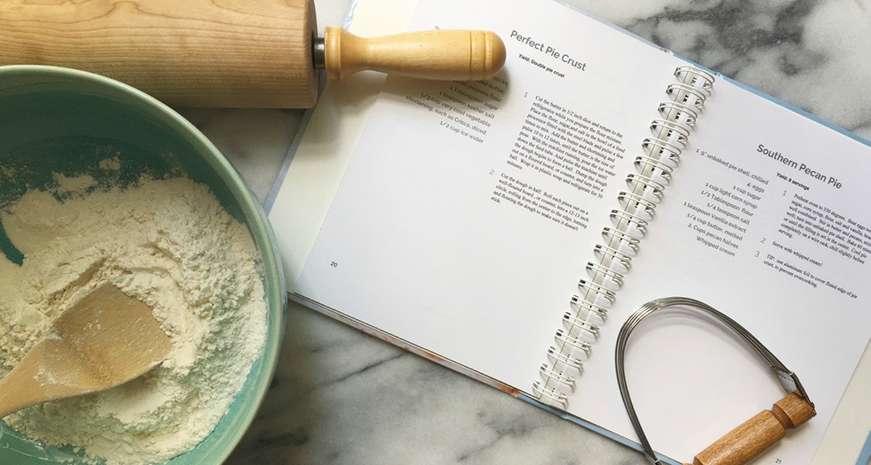 There was one summer when I was in high school that I was driving my mother particularly crazy. I must not have been working many hours at my summer lifeguarding job, because I was spending far too much time on the couch, complaining of boredom. At some point, she came up with the inspired idea to pay me to take the overflowing folders of recipe clippings and hand-written notes bulging out of a kitchen cabinet, and turn them into a cookbook of sorts. I spent weeks typing everything into a Word document before printing it out and sliding each page into a spill-proof plastic page protector. In the end, I created a two-volume collection I called "Recipe Folder Recipes," which still sits on the shelf next to my parents' cookbooks. At this point, my future career should have been clear.

Since it's a holiday week, and we're all gearing up to spend many, many hours in the kitchen, I'm doing things a little bit differently in my column. Instead of cooking from recipe cards, I'm taking a look at one company that's helping home cooks across the country do what I did back when I was a teenager. Called CreateMyCookbook, this Atlanta-based company gives families, churches, friends and, really, anybody, the opportunity to build a cookbook of shared recipes, whether they're on recipe cards or stuffed into a notebook.

Founder Brian Cochran decided to build the program that would eventually become CreateMyCookbook after unsuccessfully searching for a way to preserve a collection of recipes in book form, without needing to order hundreds of copies of the printed book. "There was tons of stuff [available online] to make fundraiser [books] where you wanted to order 100 copies, but there really wasn’t anything out there to make a personal family cookbook," he said. "So we thought that other people might want to do this, [so we] put up a landing page to see if other people wanted it, which they did." Today, Cochran has turned what was a very basic template for creating recipe pages into a custom-built cookbook designer. 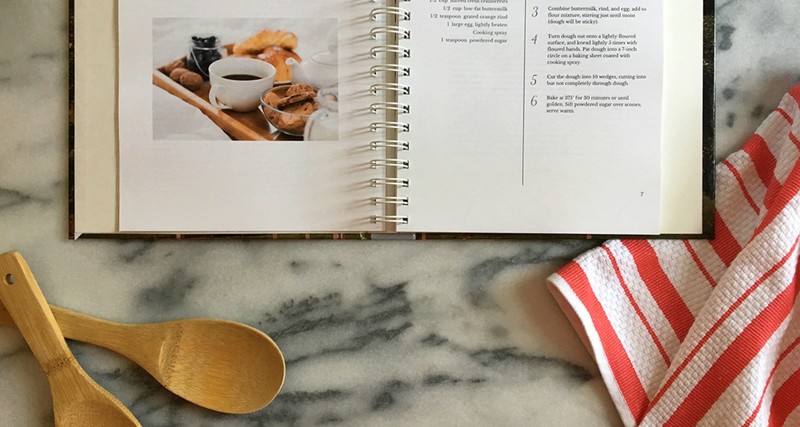 Anyone can sign up to create their own cookbook, which can be printed in formats ranging from a spiral-bound, fundraiser-style book to a hard cover, fully-bound keepsake that would look right at home next to Mastering the Art of French Cooking. Customers can now even opt for an e-book only version that can be read in an app on your phone. The aim is to be flexible and to create a process that works for all types of cooks, said Cochran: "We’ve gone through a lot of thinking and design around what’s a great balance [between] the user who just wants to enter their recipes and be done with it and ... for somebody who says, 'I want to [print] 500 of these, I’ve got my own graphic designer on staff, and I want to be able to leverage their ability to design a custom cover.' "

This customization and attention to the nostalgia of family recipes is what sets these self-published books apart from both the traditional cookbook industry, as well as the types of e-book publishing available on websites such as Amazon. Cochran said one of his recent customers wanted to create an e-book of family recipes to send to a daughter living in Chile. "She was wandering around somewhere and she didn’t feel like the physical book was going to work very well," he said. "But she still wanted to have her recipes."

And the cookbooks themselves end up looking far different than typical cookbooks. "Many of our recipe books are heavy on old family photos," said Caroline Droke, CreateMyCookbook's customer success specialist. "We had a customer who was creating a book for his parents’ 50th wedding anniversary, so the cover of the book was their wedding photo. ... It shows how personal these books are. They’re not just commercial recipes."

"Most of our pictures are not of food," said Cochran. "They're of people."

Another image that frequently shows up in these books is that of a recipe card. CreateMyCookbook recently added a new feature it's calling "We Type It," where users can send in photographs of their old family recipe cards, and the team will type up and format the recipes so that they can be part of an indexed cookbook and/or e-book. "A lot of them will be really sweet," Droke said. A card will be "in Mom’s handwriting and have spills on it and ... there will be a little note at the bottom, that says, 'Mom says this is great!' or 'Use for Thanksgiving.' You get more of an idea of what [a recipe is] for then when it’s just typed on a page."

Of course, typing up hand-written recipes is not without its challenges. "Some of them are more complicated because they'll have a list of ingredients, and then it’s got like a bracket and then another note over here," said Droke. "Those require a little bit of interpretation."

Features such as We Type It are part of what make CreateMyCookbook so appealing to the company's core customer base, which is, Cochran said, mainly families who are "looking to go from a recipe box to a cookbook." However, CreateMyCookbook is starting to expand a bit into the more traditional cookbook industry. 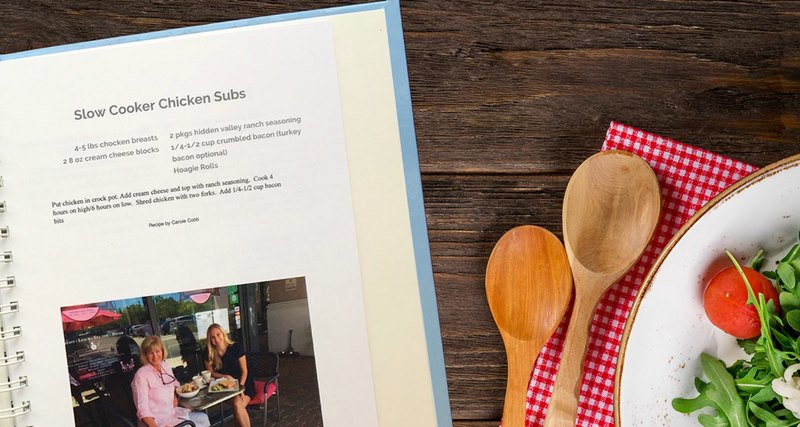 Smaller restaurants, for example, have used CreateMyCookbook to publish books sold in their dining rooms. "It hasn’t traditionally been our core business," said Cochran. "We’ve recognized that we had a lot more tooling to make this process easy than some of our competitors who have been in the print industry for a very long time. ... And in general I think our turnaround time is a lot faster than most." Indeed, Cochran said he's able to print cookbooks in a matter of weeks, instead of the months or even years needed at traditional publishers.

Of course, Cochran and his team are only providing the templates and printing services needed to create cookbooks; they're not serving as editors or recipe testers. In fact, Cochran said that he rarely sees the recipes being printed in customers' cookbooks. But that's part of the point.

"We look at the recipes that people submit as their private recipes," said Cochran. "That’s something that makes us different from a recipe sharing site. ... Unless [a user] goes to actively promote their book, they’re private. ... People have definitely been more concerned with whether we’re going to distribute their recipes than how to do it. ... It’s funny, when we originally started this, I thought it might have been the reverse."

He continued: "It has definitely clarified our mission of helping people preserve their recipes. ... Recipes should definitely be shared, but I think you really want to be able to decide who [you're sharing them] with. ...  Most of the recipes that are submitted to us are not all culinary masterpieces, but they mean something to the people who are submitting them. That’s really the most important thing. ... These are the recipes that remind you of something, or taste like home."