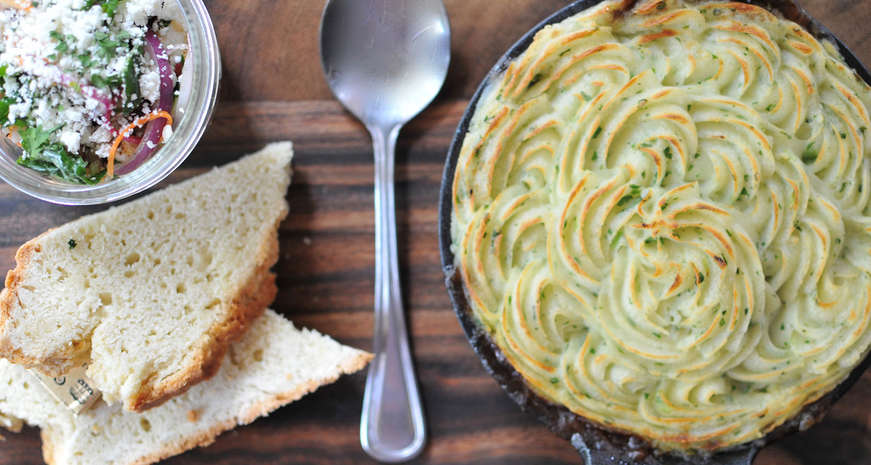 St. Patrick’s Day signals the seasonal shift to spring with an infectious feeling of luck and glee, and a certain Georgia city knows this perhaps better than anywhere else in the U.S. When it comes to celebrating Irish heritage, the port city of Savannah, Georgia, with its parade, food culture and history, sets itself apart from others.

Savannah becomes a sea of emerald green every St. Patrick’s Day, with thousands of tourists dressing up for the annual parade -- the second largest in the U.S, according to Savannah.com. The city’s Irish roots date back to when it was founded, and have been commemorated through the parade for 190 years.

Savannah is also home to what an influential voice in the Irish pub industry (it’s a thing) considers the most authentic Irish pub in the world. On River Street sits the 35-year-old Kevin Barry’s Irish Pub, which is owned by a second-generation Irishman named Vic Powers and received the top prize for authenticity in 2016 by the Irish Pubs Global Federation. 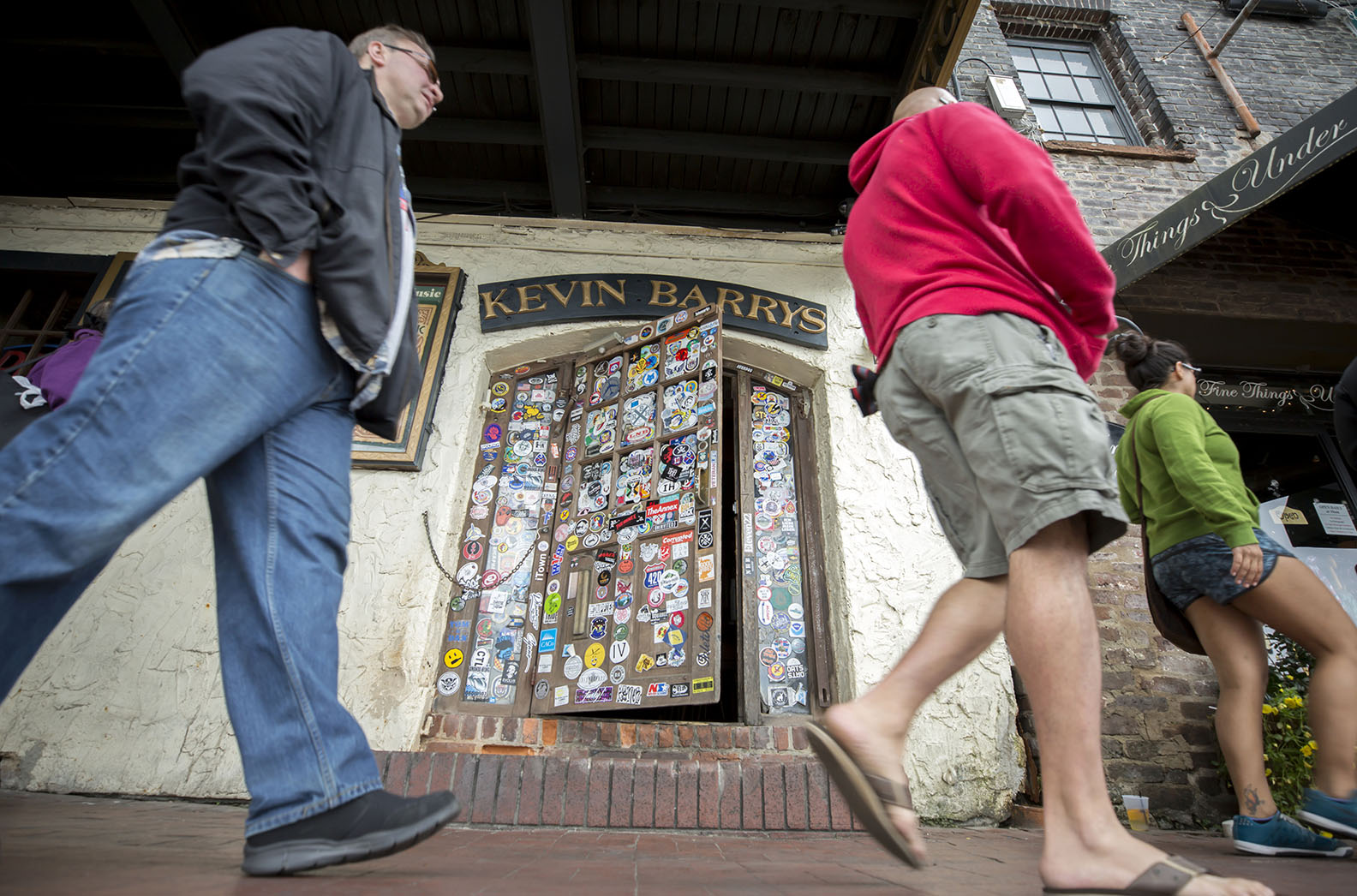 “Kevin Barry's Irish Pub is not the Americanized Irish pub that you will get a ‘green beer’ from, nor will you get a shamrock on top of your Guinness,” the pub’s PR manager Tara Reese said. “But what you will find is a proper pint of Guinness being poured, traditional Irish music and customers from all over the world sharing stories.”

The watering hole gained international recognition as an Irish pub and military bar by staying true to the time-honored experience it provides, according to Reese. You won’t find televisions, Wi-Fi, karaoke or other modern trappings between the restaurant’s hundred-plus-year-old walls. You will find top-sellers like the Reuben sandwich, their popular shepherd's pie and Irish beef stew – all of which will be served from its limited St. Patrick’s Day menu during the 2017 event weekend. You’ll also see live musical performances from troubadours Frank Emerson, Harry O'Donoghue and Carroll Brown, from Thursday to Sunday.

“Everyone wants to come in, have a pint, listen to the music and check out the upstairs Hall of Heroes, which is a room dedicated to our military men and women,” Reese said. 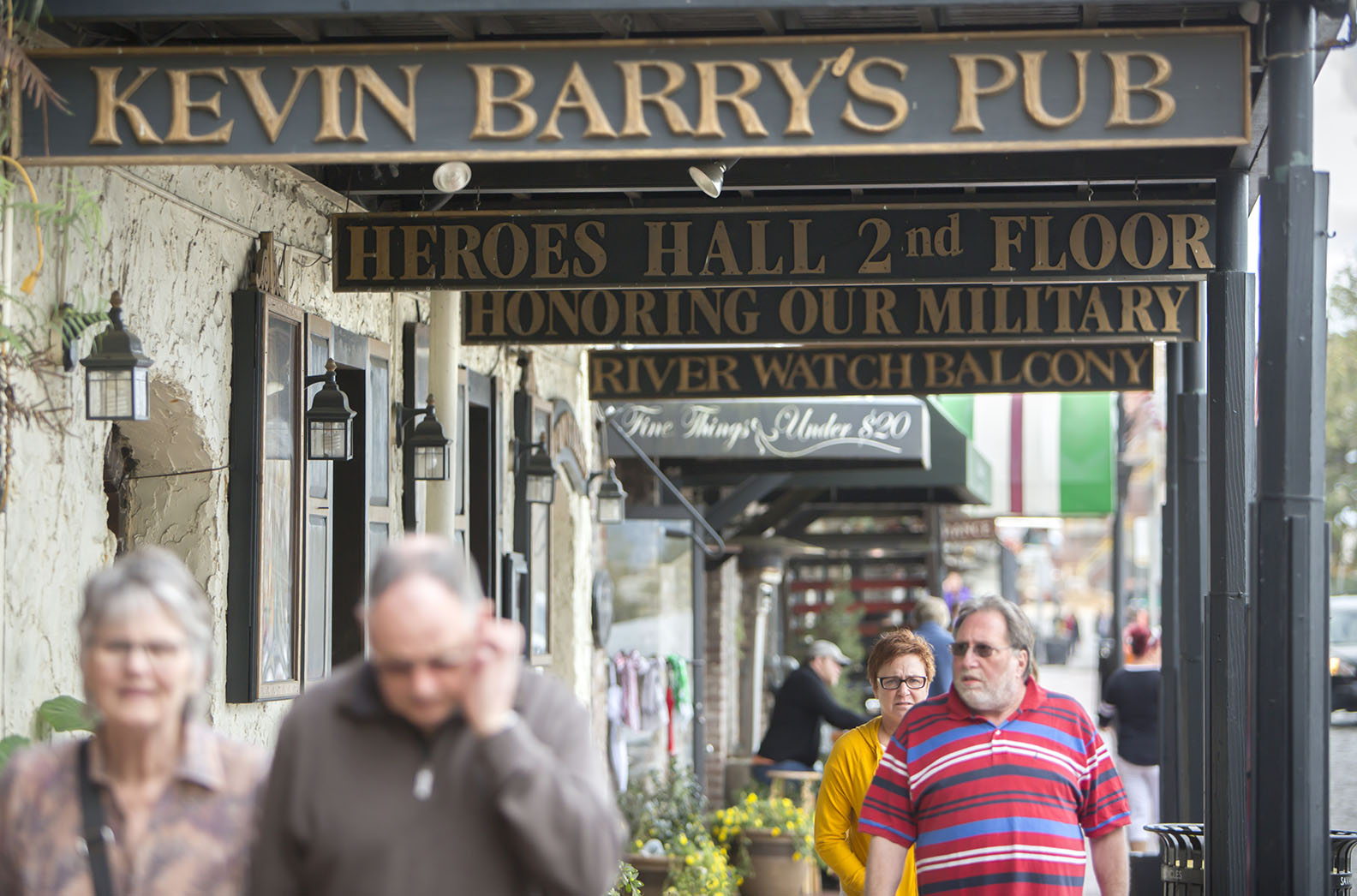 Erica Backus, the Savannah Chamber of Commerce public relations director, said the city expects to see more than 200,000 St. Patrick’s Day festivity-goers, and previous estimates have gone as high as 750,000 attendees. The downtown area, nestled on the bustling Savannah River harbor, is always heavily visited for its historic landmarks, legendary Southern food and pubs, which keep Irish beers flowing. “Savannah is proud to host the South's largest celebrations. While many great cities like Boston and New York also have very popular parades and festivities, you can't beat the warm temps of our coastal southern destination,” Backus said. 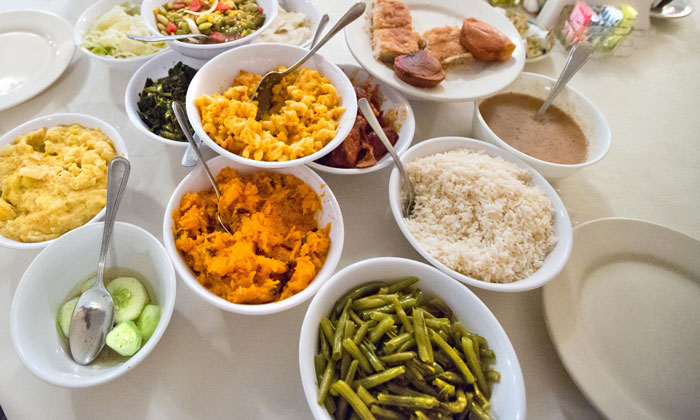 If you happen to be in the area the day before St. Patrick’s Day, workers at Mrs. Wilkes Dining Room will be dressed up in green to welcome you in for lunch, but not the following day. The family-owned restaurant, which has been in business in downtown Savannah since 1943, keeps a tradition of being closed for business on St. Patrick’s Day. However, the restaurant will be cooking up their guests’ favorites, such as fried chicken, meatloaf and beef stew, during the days leading up to the holiday. Many recipes from the restaurant can be found in Mrs. Wilkes’ Boardinghouse Cookbook, written by late founder Sema Wilkes.

“It’s a big meal. A lot of variety and you can always find something you like or love,” Marcia Thompson, Mrs. Wilkes Dining room restaurateur and granddaughter of founder Sema Wilkes, said. 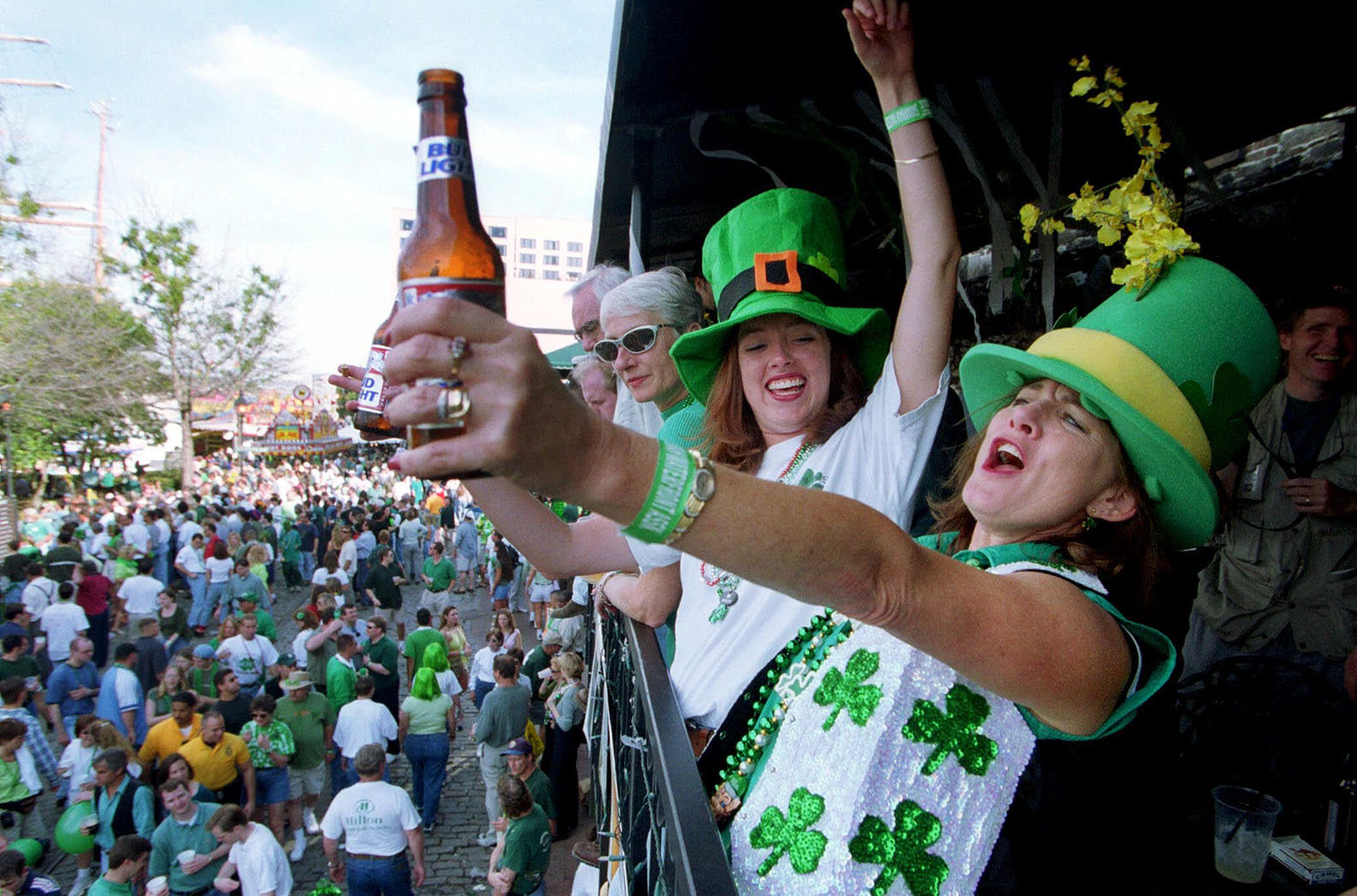 On St. Patrick’s Day, Thompson plans to join the thousands of celebrators in downtown for the holiday, because she sees it as an experience that connects people in the city, but don’t let anyone convince you that Savannah’s St. Patrick’s Day festivities begin and end with the March 17 parade. This year there will be a multi-day festival March 16-18, on River Street near City Market, where vendors will sell goods, musicians will perform, and people will have a good ol’ Irish-Savannahian time.

“It’s almost unnerving in a way to see all those people right there filling up the whole city,” she said. “It’s like you see people you’ve known forever. It’s a wonderful family experience.” 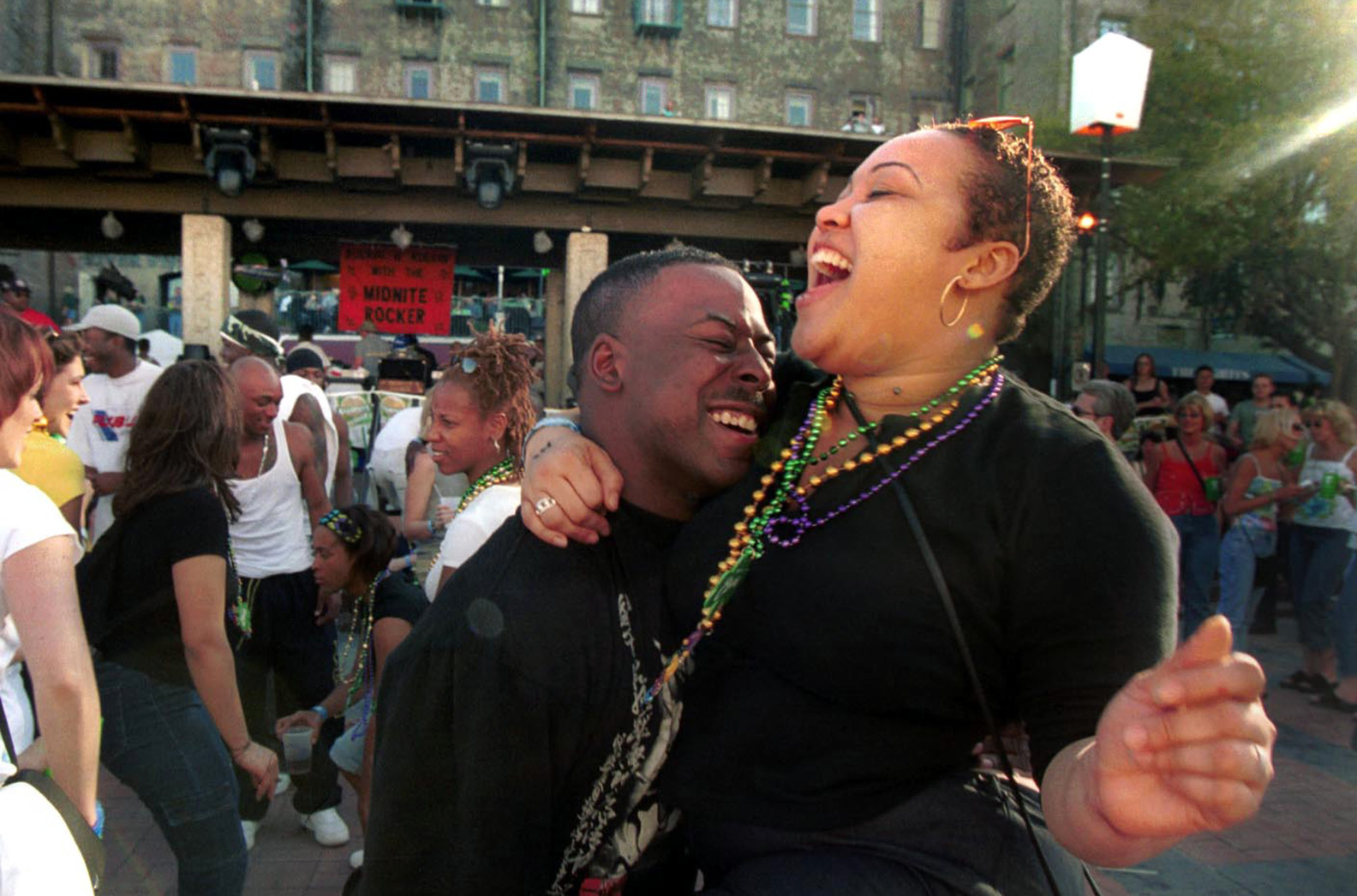 You can taste the flavors of a Southern St. Patrick’s Day feast without traveling to Savannah by whipping up an authentic Irish beef stew (which might come in handy, depending on how hard you party Friday night), or just some good-old comfort food classics. Here’s chef and Food Network host Tyler Florence’s Ultimate Beef Stew recipe, and here are a few dishes from Mrs. Wilkes’ Boardinghouse Cookbook, published at Epicurious. We wish you nothing but the most Southern-Irish luck preparing them.

Lauren Booker was a digital content intern at Southern Kitchen during the spring and summer of 2017.