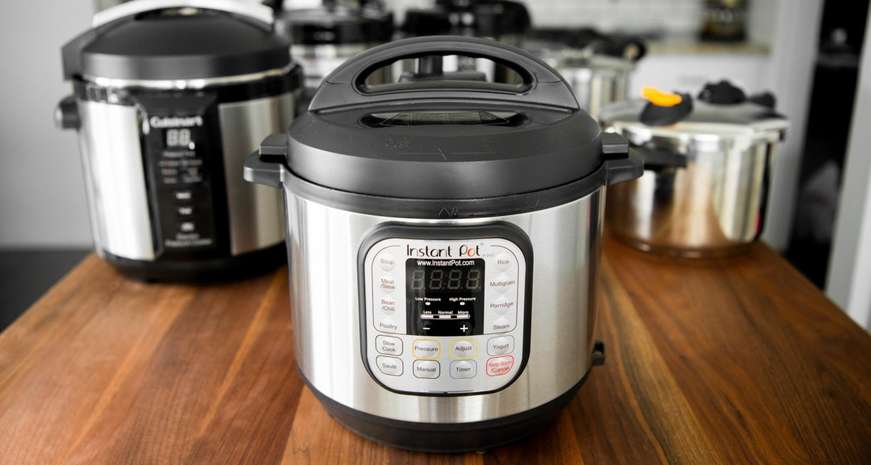 Earlier this summer, I finally ordered an Instant Pot.

I'm only about two years behind the multicooker trend, which began in July 2016 when the Ottawa-based appliance company sold 200,000-plus of these countertop devices on Amazon Prime Day, but I figured there's no better time to start learning how to cook with one than during the summer, when no one wants to turn on their oven and heat up the kitchen.

Like many of you, I wasn't convinced that multicookers — the hybrid pressure cooker, slow cooker, rice cooker, saute station, steamer and warmer appliances that have inspired a new kind of cooking fandom — were all that innovative. I already had a slow cooker and a rice maker, and I absolutely love baking and roasting and grilling and sauteing and all the other ways home cooks usually get dinner on the table. I didn't want to jump on any kind of bandwagon, especially one that required buying a new appliance for my already crammed kitchen.

But after enough cooks from all backgrounds and skill levels told me about their love of multicookers, I decided that my hesitation was more about stubbornness than anything else.

With dreams of 15-minute chicken noodle soup and 40-minute from-scratch hummus, I ordered a 6-quart $80 Instant Pot LUX, one of the most common models on the market. America's Test Kitchen and other consumer review groups have said that the Fagor Lux LCD Multicooker ($200) is the top-rated multicooker, but I wanted to see what the original has to offer. 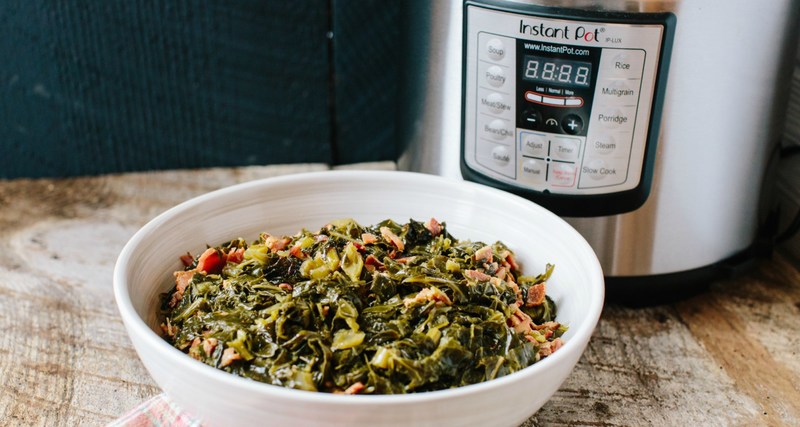 It only took a few days of cooking to see what the fuss was about: Despite the initial investment and learning curve, a multicooker can be an essential tool for home cooks who are strained for time, energy or grocery money.

The feature that makes these multicookers so useful is the pressure cooker function. Stove-top and electric pressure cookers have been around forever, but those don't also allow you to saute, steam and slow cook in the same appliance or use a timer and settings to allow you to cook with more precision. Most modern multicookers allow you to delay the start time, and you can turn off or adjust some models from your phone.

Take the first dish I made in the Instant Pot: refried beans. Dried beans are among the most nutritious and affordable ingredients you can buy at the grocery store. I don't mind soaking dried beans and then cooking them all day in a slow cooker, but I rarely cook them because I don't often think that far ahead. So I keep cans of refried beans in my pantry for chalupas, nachos or bean and cheese tacos.

But thanks to the pressure cooker function on the Instant Pot, I was able to turn 2 cups of dried pinto beans and 4 cups of water into creamy perfection in about 90 minutes, with very little active cooking time. The beans themselves cook in less than an hour; the additional time is for the pot to heat up and for the steam to release naturally (as opposed to manually releasing the steam), which is the preferred technique for ingredients such as beans that can foam in the cooker.

The next day, I made jasmine rice in about 15 minutes total, including the pressurizing time, which wasn't quite as impressive because I'm used to a rice cooker that takes about the same amount of time and whose nonstick surface also works a little better for plain rice. Brown and wild rice, however, cooked in less than 30 minutes and didn't stick to the pot.

Beans and rice are both foods I can cook relatively easily (but not as quickly) in the countertop appliances I already have. The Instant Pot really started to come in handy one day when I was grilling pork chops outside and wanted to cook a few side dishes. 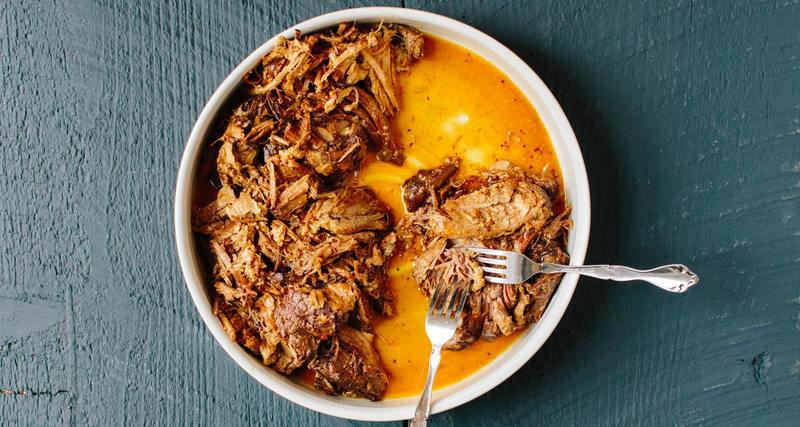 Rather than set up a pot of boiling water on my stove, I used the Instant Pot to steam baby potatoes for a potato salad. While the potatoes cooled and the meat cooked outside, I steamed corn on the cob, another dish that I would have either boiled on the stove or grilled with the meat. My kids don't really like grilled corn, so the quickly steamed corn, which took about 2 minutes under pressure in the Instant Pot, was their favorite part of the meal. My favorite part was not having to keep tabs on (and then drain) a pot of boiling water on an already hot summer afternoon.

Not having to tend to a dish on the stove is the primary advantage of making laborious foods such as risotto in the multicooker. The cardinal rule for risotto is that you have to stand by the pot, stirring the rice, for at least 30 minutes. An Instant Pot allows you to multitask while the rice is cooking. I was able to walk my dog while the dish cooked, and dinner was finished by the time we returned.

Another advantage of a multicooker is that it's portable. I've heard of cooks who take the Instant Pot with them on camping trips where they have access to electricity, and my sister recently cooked almost exclusively in a multicooker while she and her husband renovated their kitchen.

Earlier this month, I packed my Instant Pot on a trip to Missouri to see my parents, who are trying to eat even more healthfully than usual as my dad undergoes cancer treatments. They love beans, quinoa, brown rice and other dishes that usually take quite a long time to cook, so they were incredulous when I started a batch of dried, unsoaked black beans at 5:30 p.m. one night. The beans ended up taking a little longer than the 40 minutes under pressure that I'd originally programmed, but we had rich black beans and rice for dinner by a little after 7 p.m.

A similar scenario took place the following night, when a group of about eight of us considered going out for barbecue. I offered to take the economical route and make pulled pork sandwiches for the family. Within two hours, thanks to the multicooker, we had pulled pork in a homemade barbecue sauce. 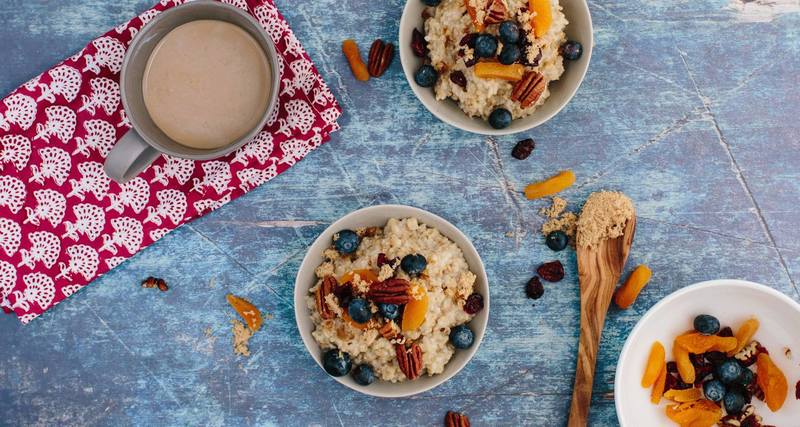 The dish that finally won over my parents, however, was steel-cut oats, one of their favorite breakfasts. Instead of simmering the oats in milk on the stove for an hour, I showed my mom how to saute them in butter in the pot for about a minute and then add water and cook them under pressure for about a minute. After letting the steam release naturally for about 15 minutes, the milk-free (but incredibly creamy) oats were ready to eat.

I topped mine with brown sugar and granola; my dad took his preferred savory route with salt and pepper. We all agreed they were the best steel-cut oats we'd ever had.

By that point, I'd already decided that I wasn't going to wait until Christmas to give them an Instant Pot. "Mom, I'm leaving this one here," I told her.

Before I left for Texas, I'd already ordered my second multicooker: a well-rated 6-quart Tayama that cost less than the Instant Pots, which were, ironically, on sale again this year for Prime Day.

I haven't calculated how many batches of refried beans I'd have to make to recoup the initial investment or how much time I'm actually saving to get dinner on the table, but the enthusiasm and creativity that the multicooker has infused into my own cooking — in the dead of summer, when I really needed it — has been incalculable.

Apparently, my mom needed it, too. By the time I got back to Austin, she had already posted a photo on Instagram of the first dinner in her new Instant Pot: Italian vegetable stew with eggplant, potatoes, zucchini and tomatoes. She halved the recipe from one of the cookbooks I left her and made it in less than an hour.

My dad, whose appetite hasn't been so great this summer, ate a whole bowl. 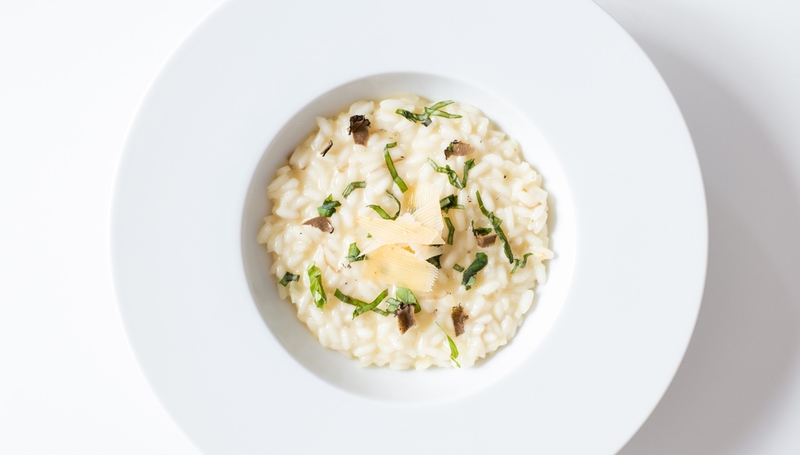 Parmesan Risotto
Note: Risotto is one of the most beloved multicooker dishes, and most recipes call for 1 1/2 cups Arborio rice and 3 or 4 cups stock. I found that packages of Arborio rice often contain 2 cups of rice, so I adjusted the recipe to fit that quantity. You could easily cut this recipe in half to make two 1-cup batches, which would yield about four servings each.

This risotto cooks for six minutes under pressure, but it takes about 12 to 15 minutes for the multicooker to heat up. That's still far less time and effort than traditional risotto, which is what makes the dish so appealing.

The consistency of your batch of risotto will depend greatly on the exact heating specifications of your multicooker and how much liquid evaporates during the heating and steam release process. I ended up adding a little more liquid at the end to make a slightly creamier risotto.

If you want to add spinach and feta cheese, stir them into the risotto as soon as it has finished cooking and the steam has been released. The spinach will cook in the residual heat.

Instructions
Press the saute button on the multicooker. Turn heat to medium, if you can adjust it. Heat the olive oil and then add the diced onion. Stir and cook until the onions start to soften, about 5 minutes. Add the garlic and rice and cook, stirring often, about 3 minutes. Add the wine, if using, to deglaze the bottom of the pot. (If not using wine, use a little of the chicken stock at this step.)

Add the rest of the liquid, salt, pepper and thyme, if using. Turn off the saute function. Place the lid on the multicooker and use the manual program to cook under pressure for 6 minutes. After the timer beeps, quick release the pressure and then remove the lid of the multicooker. (You can let the pressure release naturally, but you might have to add some more liquid to compensate for the extra liquid absorbed during the natural release.)

Remove the pot from the cooker so you can hold onto the edge of it while you stir in the Parmesan cheese and butter. (Removing the pot from the cooker will also keep the rice from continuing to cook as it thickens.) The rice will thicken as it cools, but you can add a little more stock or Parmesan cheese to thin or thicken the dish before serving.

Addie Broyles writes about food for the Austin American-Statesman in Austin, Texas. She can be reached at abroyles@statesman.com or follow @broylesa on Twitter.