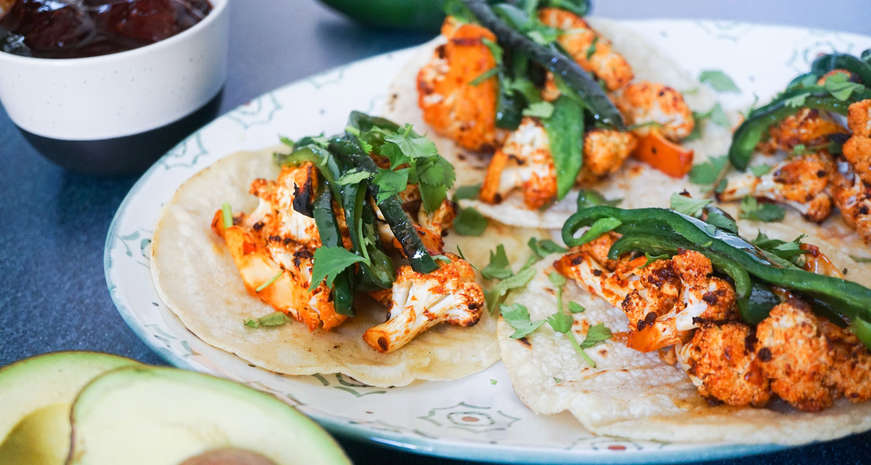 These smoky chipotle cauliflower tacos should be in your dinner rotation all year long, not just for Lent

This year, in honor of Lent, we're going to be tackling some of our hardest eating (and drinking) habits to give up. Whether you're abstaining from meat, sweets or alcoholic treats — we've got you covered.

Having been born and raised in Southern California, I consider myself something of a taco aficionado. My order hasn't changed in over a decade — two carne asada tacos and one carnitas taco topped with fresh cilantro, onion, lime and of course a massive spoonful of salsa verde.

For me, taco are another form of comfort food, and I always go out searching for them — whether I've had a rough day or have something to celebrate. This is why I was initially hesitant to give up meat in my beloved tacos for Lent. At the time it seemed like the equivalent of giving up milk in my ice cream, cheese on my pizza and the rum in my strawberry mojito. But, after some research — the kind where I just ate a lot and decided which flavors I liked best — I developed this incredible vegan taco recipe that is so good you'll want to make this even when Lent is over.

For this dish, cauliflower florets are roasted at a high temperature, coated in a thick chipotle and garlic paste. Corn tortillas and charred poblano peppers help round out the tacos and give them a flavorful kick. Of course I couldn't give up my salsa verde addiction, they're best paired with the traditional Mexican salsa. A squeeze of lime ties all these flavors together and in 25 minutes tops, you have a mouthwatering meal that will keep you on track for Lent and afterwards.

Spread the cauliflower in an even layer on the prepared baking sheet and roast until the florets are nicely charred, about 25 minutes.

While the cauliflower roasts, heat the remaining olive oil in a medium skillet over medium-high heat. Add the poblano peppers and cook, stirring frequently, until well charred. Season to taste with salt and pepper. Remove from the heat.

When the cauliflower is almost finished, place the tortillas on a second baking sheet and bake until warmed through, about 5 minutes.

Serve the cauliflower on the hot tortillas, topped with the poblano peppers, cilantro, salsa verde and a squeeze of lime juice.

A zero-proof strawberry mojito for Lent

A zero-proof strawberry mojito for Lent