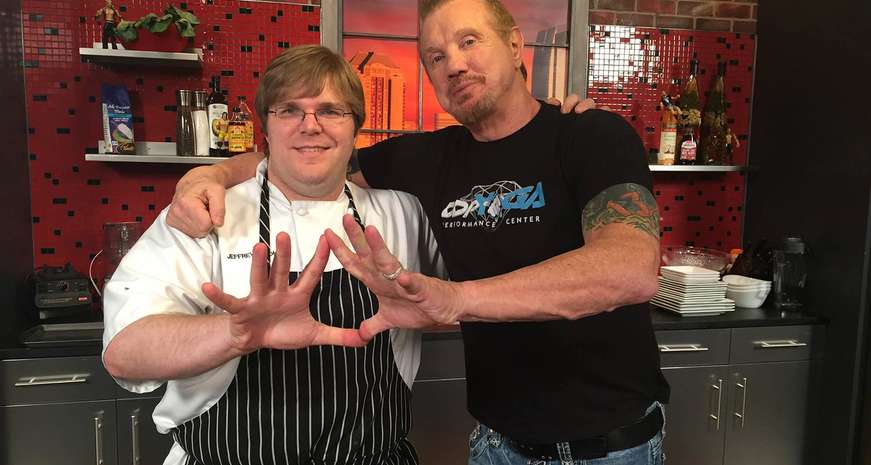 Welcome to "Candid Chef" — an interview series in which Southern Kitchen staff members talk to some of the South's most talented and interesting chefs. In addition to getting a few tips, tricks and insights on cooking, we ask personal questions that chefs may not get to answer very often, and learn more about the hearts and minds underneath those aprons, jackets and toques blanche.

We also take questions from Southern Kitchen's Facebook fans, so follow us, submit your questions and stay tuned to see if our next chefs share their answers in our next edition.

For our first installment of Candid Chef, we talk to Southern Kitchen's Chef Jeffrey Gardner. A native of Natchez, Mississippi and a graduate of both Millsaps College and Johnson & Wales University, he lives in Atlanta with his wife Wendy and has served in chef roles for popular restaurants South City Kitchen Midtown, Alma Cocina and Common Quarter. The Atlanta Business Chronicle named him a member of "The food scene's next generation" in 2015, and he has appeared on TV shows like Food Network’s "Chopped" and Cooking Channel’s "How to Live to 100." And yes, he also filmed a series of healthy cooking videos with retired pro wrestler and fitness guru Diamond Dallas Page.

What do you do to keep yourself entertained while preparing a meal?
I love to play music while I'm cooking. It's fascinating how what I'm cooking can dictate the playlist. For example, a meal designed for speed may get a more upbeat soundtrack, like Jellyfish, Prince, or Tom Petty. A braise, stew or other dish with a long cooking time might see something with a more laid-back feel. There is a band out of New Orleans called The Subdudes that has a great vibe for that type of cooking. And Raphael Saadiq can fit with just about anything.

What’s the last thing you cooked that was amazing, and what made it excellent?
At this stage of my career, I usually gauge how amazing a dish is by how much my wife enjoys it. Most recently, I replicated a dish we enjoyed in Paris, called bo bun. It's basically a noodle bowl with beef but the brightness of the lime juice, fish sauce, fresh mint and cilantro made it sing.

What’s the last thing you cooked that was not all that great, and why not?
A few years ago, I tried to do a menu for Atlanta Restaurant Week that was entirely gluten- and dairy-free. Some of the dishes turned out fine, but at the end of the week, I wished I had just committed to cooking great food the best way I know how, without any gimmicks.

What’s something a chef is likely thinking when they’re in the weeds?
I can only share my experiences here. Let's say I'm working the sauté station. The first thing I do is clean my station; if your station is cluttered and in disarray, so is your mind. Next, I make sure all of my pans are hot, so that when I figure out what I want to do I don't have to waste time waiting for my pans to heat up. Then, it's time to focus and mentally arrange everything you need to do in a somewhat logical order. Being fast is less important than being efficient. Finally, get one or two really lame-but-catchy songs stuck in my head to give me a rhythm and keep me loose. I was trained by a crazy Mississippian who used to sing the violin riff from Britney Spears' "Toxic" whenever he was in the juice, and this was a habit I picked up too. The theme from "Flashdance" and "Lost in Emotion" by Lisa Lisa and Cult Jam are perennial favorites. Did I just earworm you? 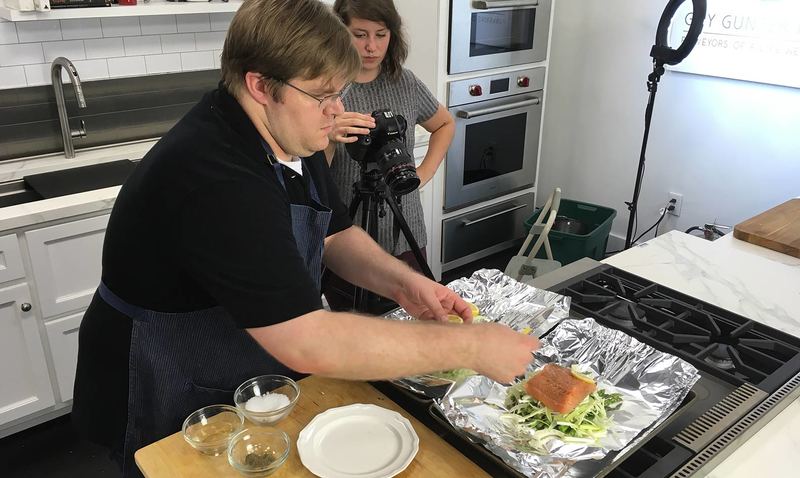 Have you ever sent a dish back to the kitchen when visiting a restaurant?
I used to take the position of being a constant advocate for the kitchen, until a former boss let me know that I was a chump for paying full price for substandard food. I've found that French fries are the biggest offender, either coming out lukewarm or as the debris and nubbins left at the bottom of the bowl after they were tossed with salt. Not cool!

What’s your favorite fast food or fast-casual restaurant?
Let's look beyond the politically correct answer that fast food should be avoided when possible. For a fast food chain, I am a fan of Popeye's and I know I'm not the only member of the chef community who feels that way. The chicken is crispy, flavorful, and consistent, and the biscuits are never dry, unlike some of their competitors. While I guess you could call this a fast-casual (to me, it deserves it's own category), I absolutely love Waffle House. They cook fresh food right in front of you and their cooks can handle almost anything.

Is there a dish that you will never cook?
Knowing how much sushi chefs have to train to develop their skills, I don't think I'll ever feel qualified to make it myself.

What’s the best way to cook okra?
The biggest factor in cooking okra is dealing with the natural sliminess. I love to cut okra in half lengthwise, toss it with olive oil, salt and pepper, and roast it at 425 degrees for about 20 minutes, or until the surface has caramelized and the okra has dried out. The okra's natural sweetness will be concentrated and it will have the savory crunch of a potato chip.

What’s your biggest pet peeve when it comes to cooking?
My biggest pet peeve is when cooks are afraid of salt. Salt should be added in stages throughout the cooking process to layer flavors within a dish. Let's say you're making a stew. Season your meat with salt before browning. Add aromatic vegetables then salt them to draw out the moisture and so on. When you taste your finished dish, you shouldn't need to add more than a small pinch or two of salt. If you wait until your dish is completed before adding salt, you've blown the opportunity to add depth of flavor.
Final photo credit : Kate Williams