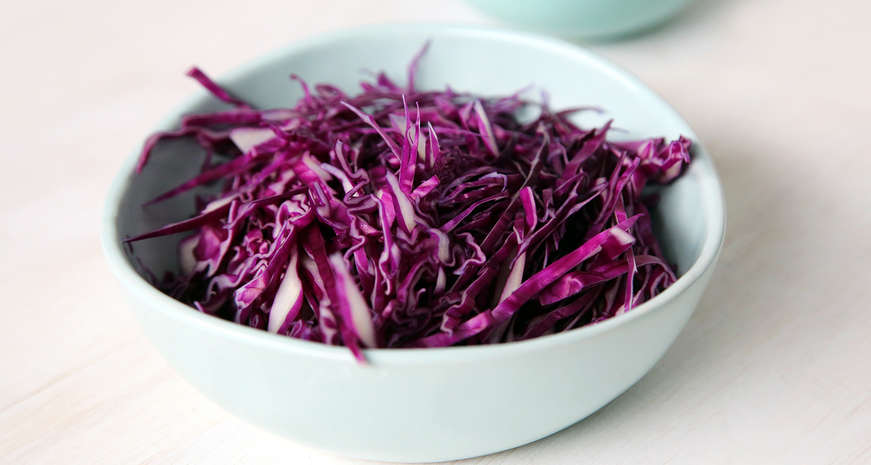 Keep a bowl of chopped cabbage in the fridge to make a savory, tangy Caesar slaw at a moment's notice

At a Vietnamese restaurant during college, my friend Wayne observed that most of the world's meals could be divided into "substance and sauce." That night, for example, rice was the "substance" of nearly every menu item, either in the form of whole white grains or noodles, and was dressed in an array of curries, soups, dips and other synonyms for "sauce."

Wayne's paradigm is not perfect by any means; one could have a field day finding exceptions. But the formula contains a kernel of truth that has given me years of insight into the structure and function of food.

Inevitably, the "substance" is something that, for a variety of reasons, we should be eating, while the sauce makes us want to eat it. Rice is an affordable way to fill a belly with calories, therefore it is good and we should be eating it. In a dish like pizza, the sauce makes the cheaper but relatively bland crust more interesting. In a sandwich, the sauce in the middle gives more purpose to the bread. A pat of salted butter is the only sauce a baked potato needs, while a fried potato gets ketchup.

Cheap white carbs aren't the only type of substance to which "Substance and Sauce Theory," as we called it, can be applied. Vegetables are not as cheap as grain-based calories, and many people are even less inclined to eat them. Yet we "should" eat them because they have vitamins, fiber and other good stuff. Unfortunately, a plate of naked greens won't appeal to most omnivores. Ditto for a serving of steamed broccoli.

And then there is cabbage, a vegetable that is at once belly-filling, cheap and flush with vitamins, minerals, a sweater's worth of fiber and unbound versatility. Cabbage can be served raw, cooked or fermented, with a flavor that can range from sweet to spicy to pungent, and a texture that can be crunchy or tender. 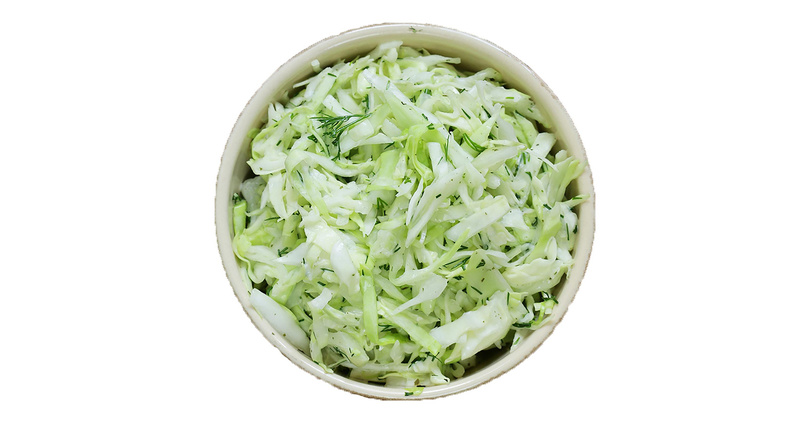 Seeing is eating
In 2018, European vegetable distributor Ribambelle built a machine that cuts cabbages in half and wraps each half in plastic, showcasing a beautiful cross section of its many tight layers. This sales tactic is as old as it is new. Parents have known forever, and research has recently confirmed, that kids will eat more apple if it's served in pieces, rather than whole. Ribambelle credits this "cutting machine" for the 5 percent increase in cabbage sales it saw last year, and I wondered if cutting up a mess of cabbage at home would likewise increase my own consumption.

I chopped two large heads, crosswise from tip to heart, removing the core from the slices that contained it. This filled a large mixing bowl with ribbons of fettuccini-shaped cabbage slices. Using that cabbage was practically effortless.

I kept the bowl in the fridge, tightly covered but ready to be deployed on demand.

I started with an Asian orientation, tossing it into the speckled broth of a fancy packet of instant Ramen, in place of noodles. Lightly cooked in this brothy sauce, the cabbage barely lost its crunch. This was followed by stir-fried cabbage slices in bacon, garlic and oyster sauce like I would cook rice noodles. But cabbage is less filling than rice noodles, and you can eat heaping serving after delicious serving.

That sliced cabbage straight up begged me to make fish tacos, and I could only comply. Soon, I added the cabbage as a base for most lunch and dinner plates. It would cling to other pieces of food and sneak into the kids' mouths while they were chewing, and they wouldn't spit it out.

That bowl of sliced cabbage is a recipe unto itself — many recipes, in fact — and having it around will teach you how to use it. But I will leave you with one specific substance-and-sauce combination: Caesar slaw. 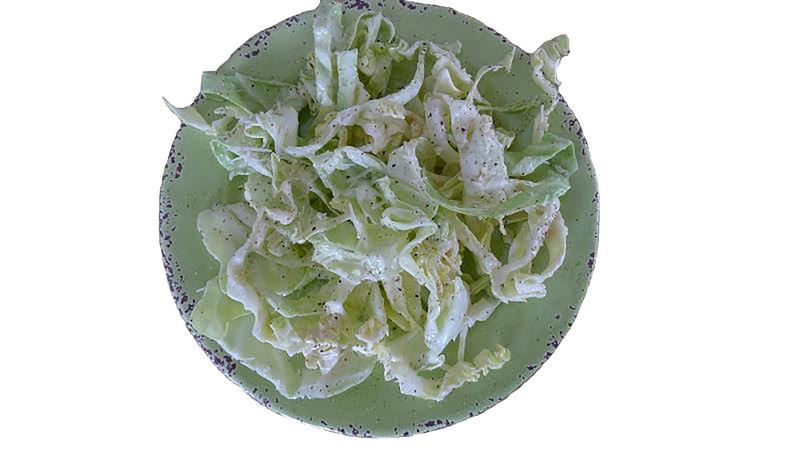 "Coleslaw" is practically synonymous with "picnic" but excels in many other situations, and a variety of seasonings. My favorite is chopped or grated cabbage with Caesar dressing. This Caesar sauce recipe, which comes from farmer Lucy, contains mustard powder, which compliments the mustardy undertones in cabbage. This, counterintuitively, dulls the sulfuric flavor. It also includes mayonnaise in place of the raw egg used in a typical Caesar dressing, because I find it less icky. Finally, do not neglect the lemon zest.

I like to leave the cabbage in large, chopstick-friendly strands that recall the large chunks of romaine with which Caesar dressing is typically served. But chopping the cabbage to a narrower width is good, too, and easier to eat with a fork.

Instructions
Add the chopped cabbage to a mixing bowl, and gently break it apart and tousle it, like you're trying to make it look like Meg Ryan's hair. In a separate bowl, whisk together the oil, garlic, lemon zest, anchovy paste, mustard, Worcestershire and salt. When smooth, whisk in the lemon juice, mayonnaise and half of the cheese. Toss the cabbage in the dressing, sprinkle with the remaining cheese, add black pepper to taste, and serve.