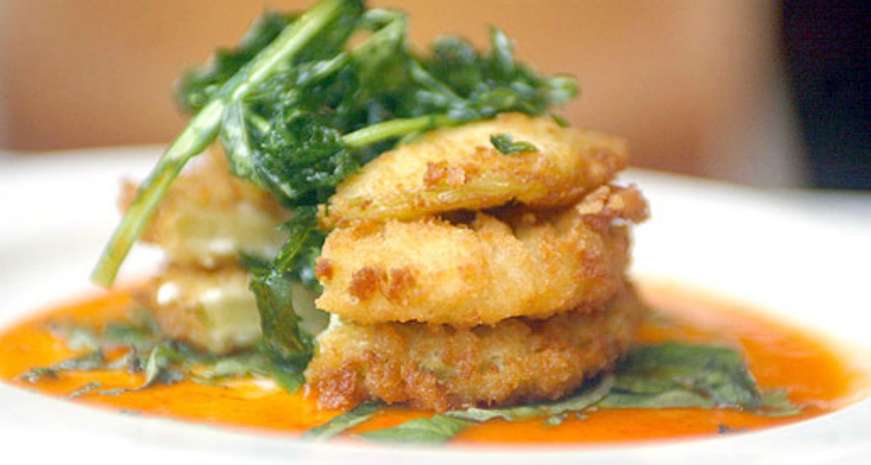 Bridge the gap between summer and fall with these 3 recipes

While we still likely have another month of warm weather in much of the South, the passing of Labor Day still signals the beginning of the fall season. To bridge the gap between summer and fall, we like to put heartier proteins and richer dishes alongside seasonal produce.

Here are three of our favorite end-of-summer dishes — an appetizer, entree and a dessert — you can serve at a three-course dinner party or by themselves. Take your pick and embrace the change in seasons.

Fried Green Tomatoes with Goat Cheese
Fried green tomatoes are a classic end-of-the-season Southern dish, and for good reason: At its most basic, this recipe transforms hard, tart, green tomatoes into a delectable appetizer that's impossible to put down. We particularly like this elevated twist on the dish, made by layering tangy, creamy goat cheese with the tomato slices before frying, and serving the whole stack with bright red pepper coulis. Yes, it may take a little more time than the average fried green tomato, but we think this version is the perfect way to celebrate the end of summer.
Get the recipe 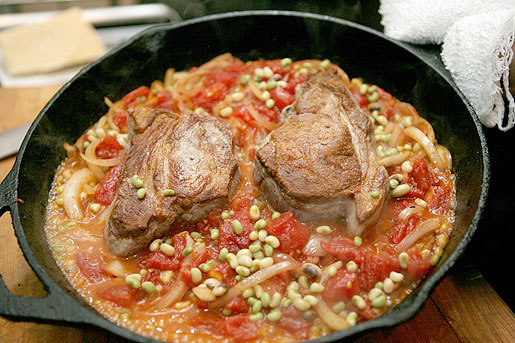 Pan-Roasted Pork Chops with Lady Peas and Tomatoes
With both a hearty protein and plenty of seasonal produce, this one-pot pork chop, lady pea and tomato dish is a perfect transitional dish. The recipe comes courtesy of Chef Linton Hopkins of Restaurant Eugene (also Holeman & Finch and other popular Atlanta restaurants), who loves the speed, practicality and taste of this rustic dish, which he described as "kind of like a cassoulet." Using high-quality canned tomatoes is an easy way to amp up the dish's flavor, but if you happen to have fresh tomatoes in your garden, use them with abandon. You can serve the dish on its own or with steamed rice and an argula salad.
Get the recipe 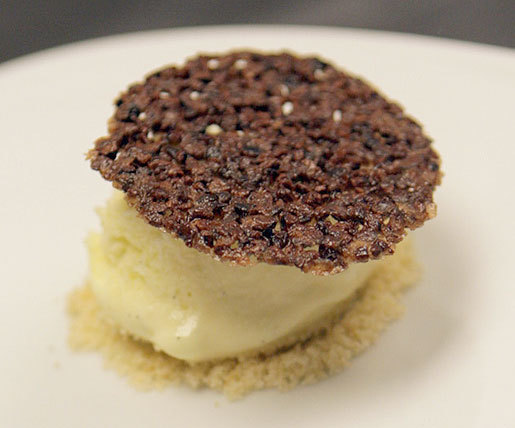 Salted Caramel Ice Cream
For dessert, there's little better than freshly churned homemade ice cream. Our pick is complex and ever-so-salty caramel ice cream, which hints at the coming fall season but is still refreshing on warm September evenings. This recipe follows a traditional ice cream method, with an egg yolk custard gussied up with caramelized sugar. It then takes a trip in an ice cream maker — any brand will do — before being frozen to a scoopable consistency. If, however, you're more a fan of soft-serve, you can take a shortcut by serving the ice cream directly from the machine.
Get the recipe