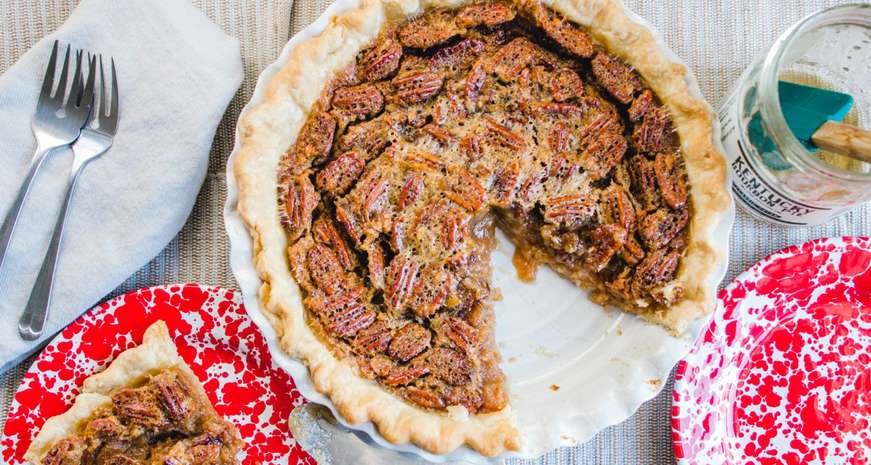 Homemade pie can be an intimidating prospect. Even our editor-in-chief shakes in her boots when she thinks about pulling off perfectly flaky crust and flavorful fillings. But it really doesn't have to be that difficult, especially if you know the right kinds of shortcuts to take.

My general rule is that if you don't want to make every part (of any recipe, really) from scratch, you should choose strategically what to make in your kitchen and what to buy. When it comes to pie, you generally have two components: the crust and the filling. Choose one to make from scratch and one to pour in from a jar. I personally prefer to always make my crust from scratch — try this easy recipe if it sounds scary — and take shortcuts when it comes to the filling.

When you skip a few steps on the pie filling, tackling trickier crusts can even be easier; you've got more time and energy to concentrate on this one specific task, and there's no need to worry if your apples are tender or your pecans are toasted.

We recently added two great pie fillings, in apple and pecan, to the Shoppe at Southern Kitchen. Both come from our good friends at Stoneware & Co. and they actually taste like they've been made from scratch. The secret is in the ingredient list: There's nothing in either filling that you wouldn't add to your own homemade pie. Plus, they've got a little something extra — Kentucky bourbon — to make each slice stand out.

After baking (and enjoying) both pies, we came up with a few tips to make them the best that they can be. 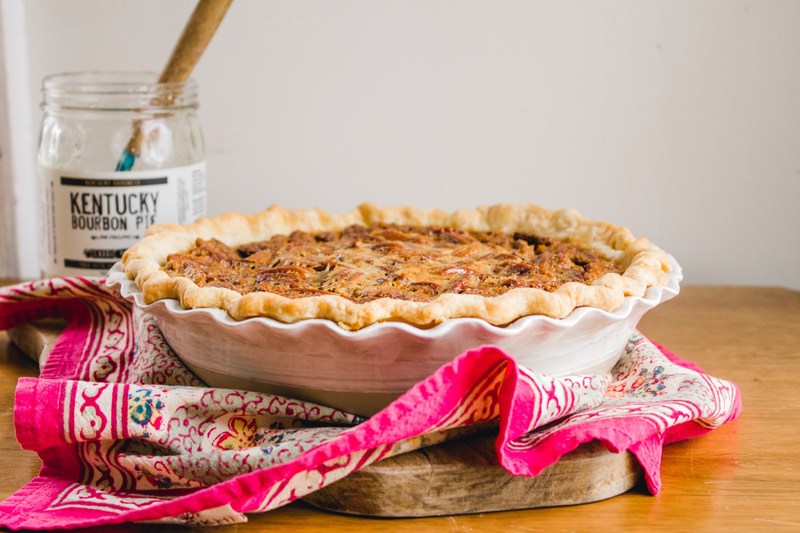 Bourbon Pecan Pie
This pie filling is pretty great straight out of the jar. You will need to add eggs and some melted butter — read the directions before you go shopping — but the filling itself doesn't need any extra help. We did find that even with an hourlong baking time, the crust wasn't as golden brown as we'd like. You can help it along by blind baking it for 10 to 15 minutes before adding the filling. (Get a primer on blind baking here. It's way easier than it sounds!) Another option is to go ahead and fill the pie crust while its uncooked, and then brushing the edges with a bit of beaten egg. A sprinkling of raw sugar also adds texture and more browning potential than egg on its own.

Bourbon Apple Pie
While this filling tasted wonderful, it will need a little help if you don't want to end up with a soupy apple pie. Because most apple pies are made with a double crust, they often end up a little juicier than single crust pies, since the top crust blocks a lot of evaporation. We found this filling on the loose side, straight out of the jar, so when it is baked, there is quite a bit of extra juice.

There are a couple of ways to help solve this problem. First: You can skip that top crust entirely. Top the pie with a crumbly, oat filled topping for a Dutch-style apple pie, or turn the filling into an apple cobbler. (Try using it instead of the cooked apples in this recipe.)

If you're up for a more arts and craftsy pie, you can even try latticing the top crust instead of plopping it on top. Another option? Add a bit of thickener. Stir in a slurry of cornstarch and water — try using one tablespoon each — or even a single large egg. Either of these will help bind up the filling.

Finally, as with the pecan pie, we found that the crust needed a little extra boost to achieve a beautiful bronzed color. We brushed the entire top crust with a beaten egg and sprinkled on some sugar for a finishing touch.

Or, hey, feel free to totally ignore our advice and simply bake the fillings how you'd like. They'll taste great, no matter what.