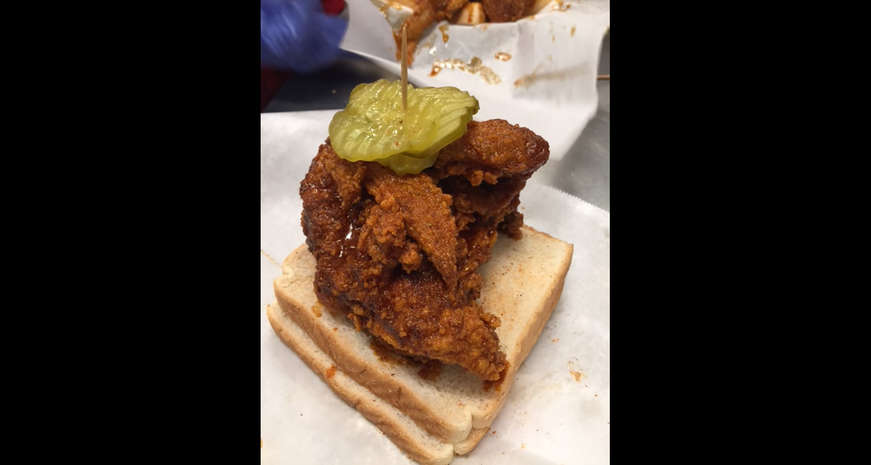 Are we over Nashville hot chicken in 2018?

Too much of a good thing is never good. And it seems like that’s the case with Nashville hot chicken.

The original spicy hot, delicious chicken from Prince’s Hot Chicken Shack in Nashville has been a favorite among locals for almost 100 years. The secret of this Southern delicacy got out a while back and quickly spread like spicy wild fire. Over the past decade, the Nashville hot flavor has popped up across the nation in many different (and often unsavory) forms like pizza and beer. In 2017, it seems we really put the nail in the coffin on the Nashville hot trend, but will it actually die?

Kentucky Fried Chicken joined the Nashville hot bandwagon when it released its own version of Nashville hot chicken last summer. Kroger, the grocery chain with stores in 31 states, sells Nashville style kettle cooked hot chicken potato chips and "Nashville Hot Chicken" was a semifinalist flavor in Lays “Do Us a Flavor” competition over this past summer. And Shake Shack, which has locations nationwide, offers a Hot Chik’n sandwich.

Take a taste of Nashville home with you. Our Nashville Hot Bloody Mary mix is the perfect souvenir! pic.twitter.com/BatTOAmRQ2

In his cookbook, The Hot Chicken Cookbook, Timothy Charles Davis coined the term “hotchickenfrication" to explain the oversaturation of the flavor in the food industry, reported Eater. It seems like we’ve reached peak Nashville hot. And can we really call any of these food items real “Nashville hot chicken?”  Has real Nashville hot chicken has been lost in the mix?

We're scratching our heads over here trying to figure out why seemingly every restaurant needs this flavorful fowl on the menu. LA Weekly even named it one of the worst food trends of 2017 because “the sheer number of subpar Nashville hot chicken openings is doing a disservice to the regional specialty.”

Ultimately, the authenticity of the dish is lost in the new interpretations of it.  Southern Kitchen associate editor Mike Jordan made this point about hot chicken in Atlanta in a Thrillist story: “Anybody who’s had food from a cast iron skillet can tell you it always tastes better, so it’s not hard to understand why people who live in a city that can be compared to a classic cooking object would want hot chicken. It might taste great! The problem comes in preservation, and the fact that in order to just start making hot chicken an Atlanta thing, someone might take some dishwashing liquid and a brush, and scrub away all of the flavor that doesn’t exactly match the profile of the hot chicken.”

The bottom line: Don’t have high expectations for Nashville hot chicken unless you’re eating it in Nashville. We recommend heading to the Music City to get authentic Nashville Hot Chicken. Here's hoping 2018 doesn't introduce any more Nashville hot messes — and fingers crossed another iconic Southern dish doesn't get nationalized along the way. We're not sure we'd be into shrimp and grits potato chips.