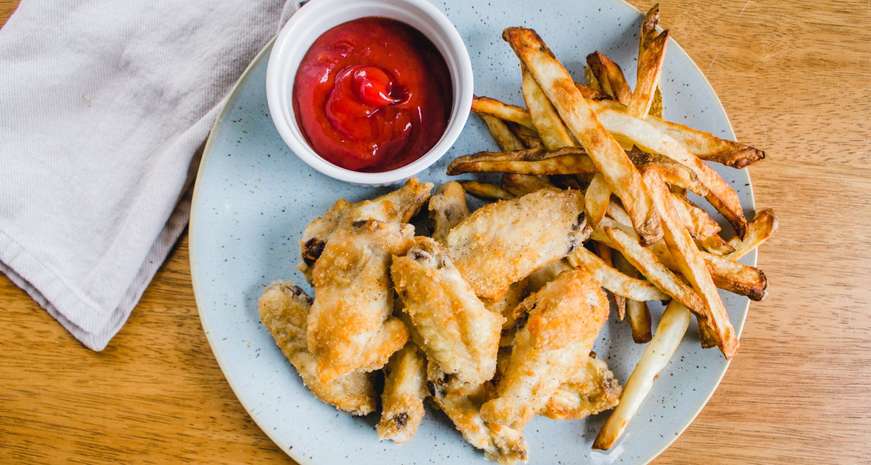 Are air fryers all that they're cracked up to be?

Next to the Instant Pot, there is no other appliance more trendy these days than air fryers. These spaceship-shaped slick black pods are cropping up everywhere, from Instagram to Williams Sonoma, with promises to make great-tasting yet healthy fried food with less mess and less fuss. These promises are, it's safe to say, very big.

So do air fryers live up to the hype? Are they better than, well, an oven or a bubbling pot of oil? We couldn't just let the internet get away with these claims, so we put one of these appliances to the test. Our results may or may not surprise you.

Wait, what even is an air fryer anyway?
Air fryers have been on the market since 2010, but they really didn't pick up steam in the marketplace until the last year or so. They are, essentially, small convection ovens that concentrate both heat and circulating hot air into one small cooking vessel. All air fryers have a heating unit that looks like the burner on an electric range paired with a fan to move the air around. Fried food goes into a basket that sits under the heating element and has plenty of vents to expose the food to the circulating air. Top-of-the-line air fryers, such as the Gordon Ramsay-approved appliances from Philips, have intricately designed shapes that, claim the manufacturers, circulate the air more effectively. 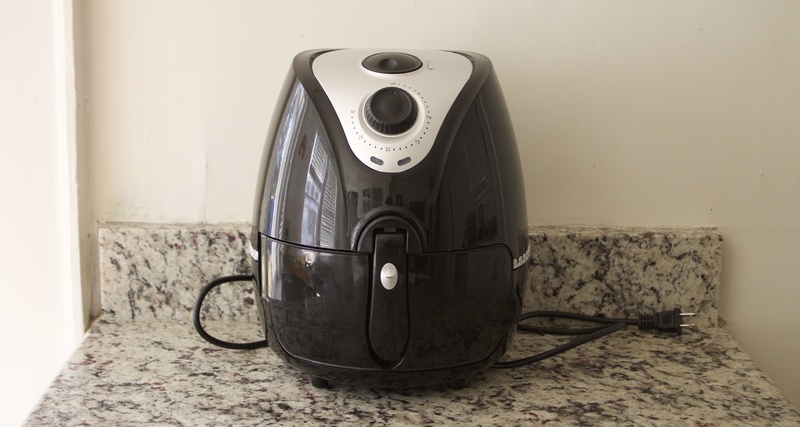 Most air fryers have time and temperature controls that are somewhat accurate, allowing the user to select "frying" temperatures from anywhere between 200 and 400 degrees. Some fancy air fryers even have a feature that agitates the food inside the basket to allow each french fry or chicken wing to cook evenly. Others require the user to toss and shake the food intermittently as it cooks. We used a NutriChef air fryer for testing, which did not appear to have any of these luxury features. We air fried for the people, I suppose.

Testing, testing
To select our recipes for testing, we did a quick office poll and brief internet research — traditional and popular fried foods seemed to be the way to go, so I bought a dozen chicken wings and a few potatoes for fries. Many of the brave souls out there in internet-land seemed to be taken with air frying pre-made frozen foods, but that seemed like cheating. If we were going to call the air fryer a success, it needed to be able to cook foods from their raw state. 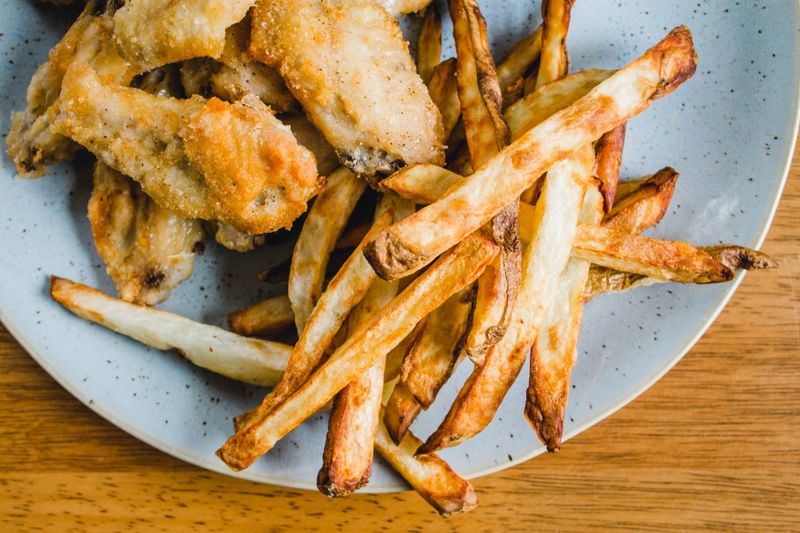 French fry (kinda) fail
As soon as I began slicing a potato into batons for french fries, I was able to guess what my first problem would be. I used just one Russet potato, enough of a vegetable for maybe two servings of fries if these two people were being restrained in their fry eating, and they already filled up the fryer basket. But, okay, no worries — the recipe I was using as a guide said I could toss the fries with tongs and they'd cook evenly, no problem.

So I went ahead on with the recipe; I soaked the fries for 30 minutes in cold water, patted them very dry, tossed them in a teensey 1 1/2 teaspoons of oil and seasoned them with salt. I preheated (I guess) the air fryer for 5 minutes and then dumped in the fries. They gave me a strong sizzle when they hit the fryer basket, which seemed like a good sign.

After 5 minutes, my recipe instructed me to turn the heat up from 360 to 390 degrees, which, to be honest, seemed like very arbitrary numbers. Still, I followed the directions and cranked up the heat. I also took this time to take a peek at the fries, which were still sizzling and starting to brown just a bit. I gave them a toss, but not before noticing that when I opened the air fryer compartment to examine the fries, the fan and heating element turned off. I'm sure this is a safety feature, but none of the recipes I read, which all required frequent stirring, accounted for so much temperature fluctuation. Hm. 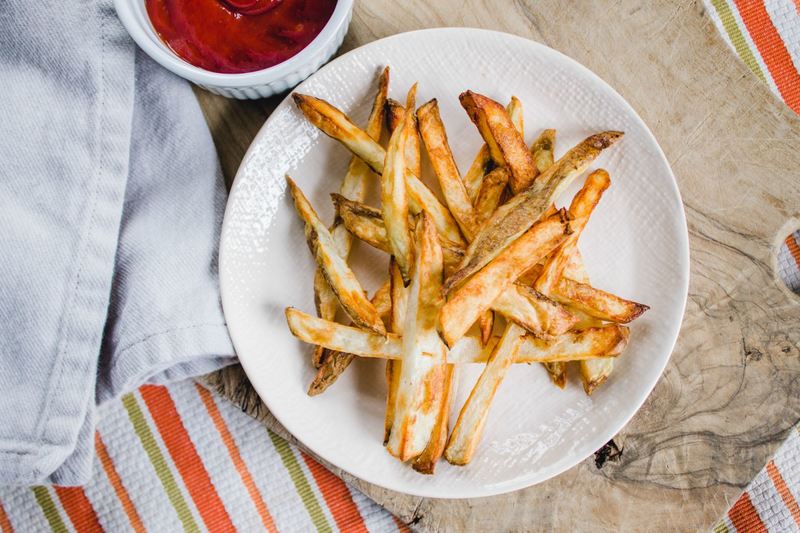 I continued to "fry" the potatoes for 15 minutes at the higher temperature, stirring every five minutes. Once the timer dinged, about a quarter of the fries were fully browned, or at least mostly browned. I removed these, stirred the remaining fries, and continued to fry for another 10 minutes or so, removing the browned fries as I went. It was, I'd say, very tedious. By the time I had a full batch of fries, the first fully cooked batch was stone cold and limp. Yum.

However, if I had eaten the fries straight from the fryer, they wouldn't have been totally terrible. They had a crisp exterior, at least for a few minutes, that was less fried than dehydrated, but, hey, crisp is crisp. I didn't miss the expected fryer oil flavor — those 1 1/2 teaspoons were plenty for one potato's worth of french fries.

The bigger problem, though, is in the efficiency of the fryer. It actually took longer to air fry the potato than it would to properly double-fry it. The fries themselves were unevenly cooked and, again, were cold come serving time. Had I wanted to fry more than one serving of french fries, I would have spent close to an hour at the air fryer, which seems totally insane.

Wings for the win? 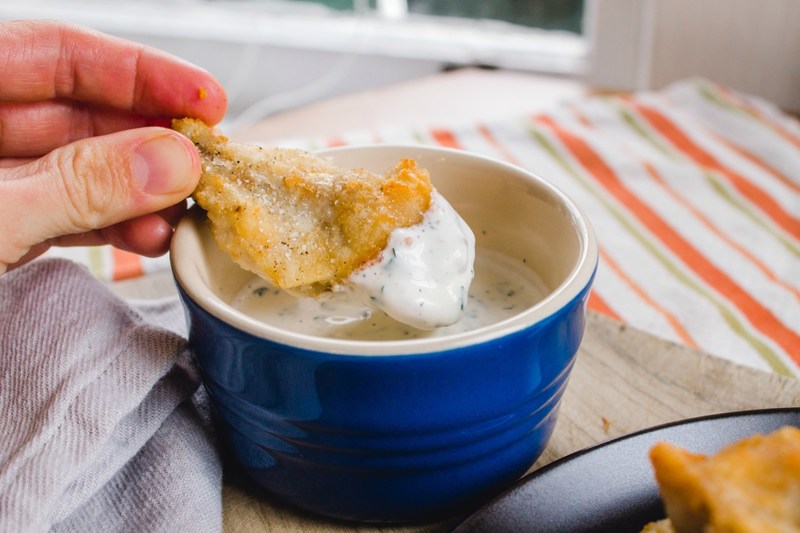 If the fries weren't a success, maybe chicken wings could be. After all, baked chicken wings are, in this writer's opinion, actually superior to fried wings, so these low-oil air-fried specimens could stand a chance.

To prep my wings, I simply tossed a dozen of mixed flats and drumettes with rice flour and salt and let them sit out, on a wire rack, while I fried those french fries. I set the air fryer back to 380 or so — I was aiming for 375 — and let it heat back up. Meanwhile, I spritzed the outside of the wings with a little nonstick oil spray because, well, it seemed like a good idea. 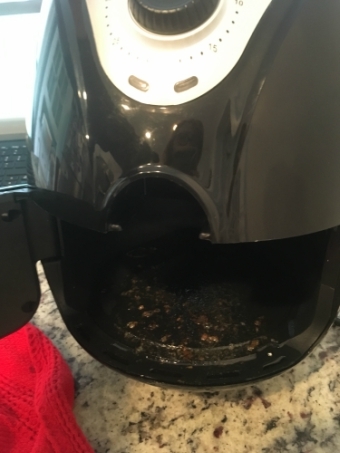 Once again, the wings sizzled a bit when I added them to the basket and continued to sizzle and pop as they cooked, ever so slowly, in the pod. I kept stirring them every five minutes, and, after a long 25 minutes, two (yes, two!) wings were mostly golden brown and cooked through. As with the fries I kept pulling the cooked wings out as they finished cooking over the next 15 minutes. In case you're not counting, that makes for 40 minutes of cooking time. (This cooking time is, yes, comparable to most baked wing recipes; however, if you're using an oven, you can bake dozens of wings at once — and they'll all be finished at the same time.)

But how did they taste? Fine. The wings were a little dry and again, the exterior was crisp, but you could tell it was dehydrated and not really fried. Dipped in some ranch, they were edible, but, to be honest, I ended up pulling off all of the meat later in the day and tossed it with veggies and a lot more oil for fajitas.

The biggest disappointment, however, was that the wings made a mess. All of the fat and other goo in the wings dripped down out of the basket and fused to the bottom and sides of the air fryer. Perhaps fancier models have a removable drip tray that would make clean-up easier, but in my case, I spent just as much time scrubbing out the inside of this spaceship pod than I would cleaning up after deep frying. Sigh. I'll never air fry again.