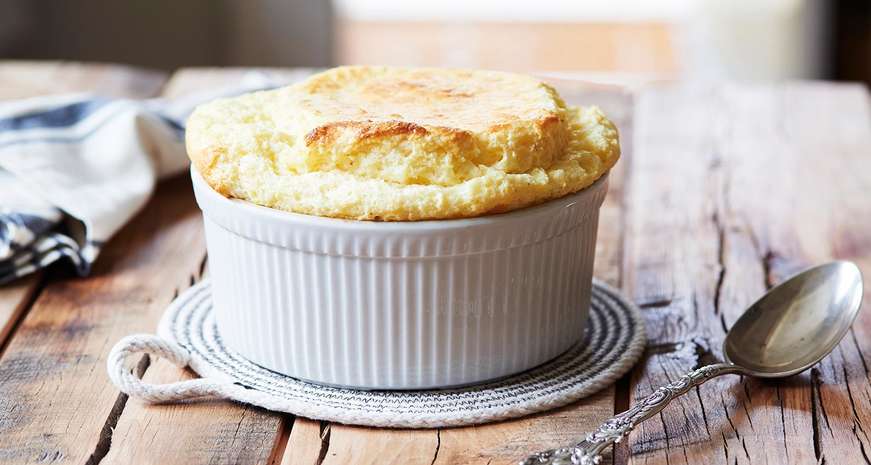 In this edition of Anne Byrn's Taste of a Place column, the bestselling cookbook author tells us how she whips up spoonbread and shares the goods on why the classic bread dish is perfectly Southern.

The late food historian John Egerton once wrote, "A properly prepared dish of spoonbread can be taken as testimony to the perfectibility of humankind."

I don't know about you, but I am ready to dial back time and witness the beauty of a roast resting on the stove, vegetables freshly cooked, and everyone patiently waiting for spoonbread. Can you imagine that meal? That patience?

The soft, ethereal cornbread known as spoonbread, often spelled "spoon bread," used to be the soufflé of the South and was something worth waiting for. It was the most divine use of cornmeal, and no truly Southern cookbook was without a recipe for this bread that was served with a spoon. It was and still is the best example of how European culinary techniques married with native ingredients of the new world. 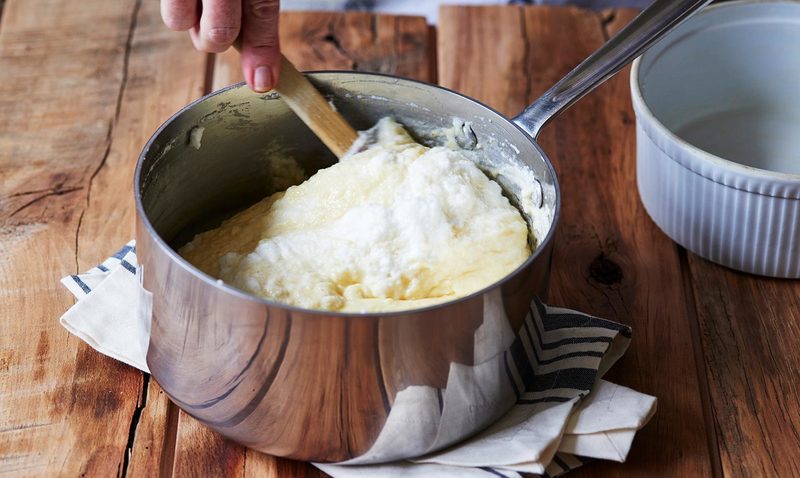 Although historians say the name has only been used to describe this bread since the end of the 19th Century, it is older and went by other names like "batter bread." The low country, thanks to Sarah Rutledge in her 1847 The Carolina Housewife, has an “Owendaw” version, in which the cornmeal, butter, egg and milk batter is placed in a big pan with room to rise. She writes that it has the "delicacy of a baked custard."

But of all the Southern states claiming to be spoonbread's birthplace, Virginia is the most likely. Baked ham and spoonbread are woven in time, and in Virginia, spoonbread recipes took a decidedly French turn when the method of beating egg whites, and folding them into the cornmeal batter in a soufflé-like method, created the high, puffy spoonbread we have grown to love.

Baking Spoonbread Today
Years ago, I studied spoonbread in great detail for Cook's Illustrated magazine. I perfected a basic recipe, and then I went off in different directions to see if the recipe would allow cheese, shaved corn, shredded zucchini, and chopped ham to be incorporated. (The answer is yes.) 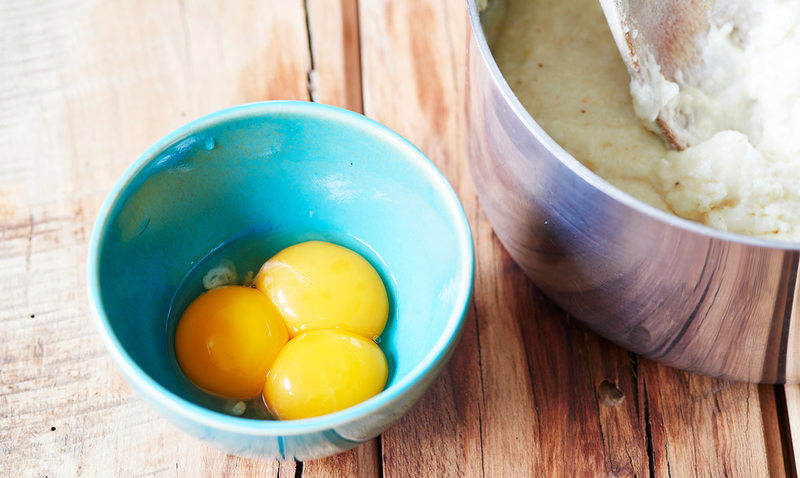 In my favorite spoonbread, white cornmeal is cooked in milk until very thick. I use no flour. Egg yolks are added for richness, and then egg whites are beaten into nearly stiff peaks and folded in carefully. No other leavening is needed. 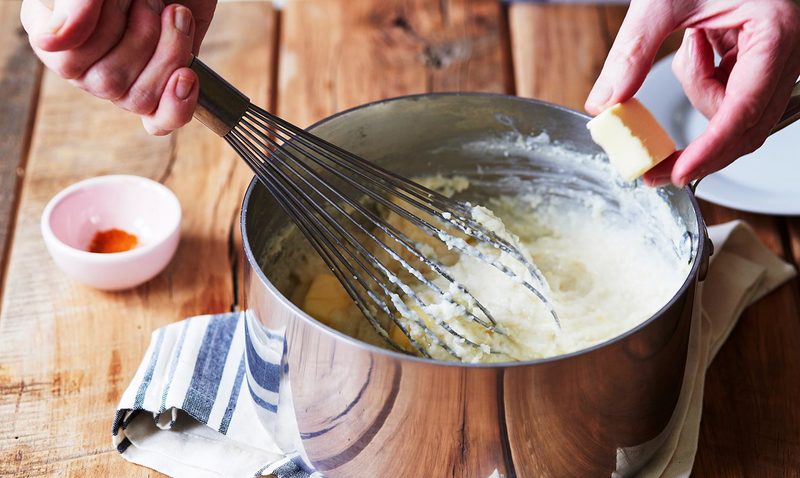 And while baking powder might have been added to some spoonbread recipes around the turn of the 20th century, I'm a purist when it comes to spoonbread. Those beaten whites are the only leavening needed. Yes, you must have the entire meal ready once the spoonbread is in the oven. And yes, you have to spoon into it while it’s steaming-hot, lest it sink like a soufflé. But that is part of the drill. It's part of the fun of making and serving spoonbread. 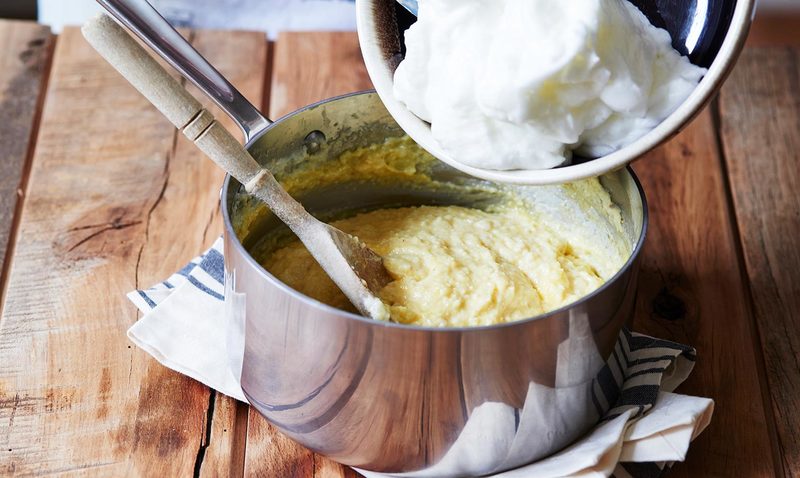 You also need the right dish. Sure, you can pile it into any 2-quart casserole, but the more glorious presentation is in a straight-sided, 8-cup, ceramic soufflé dish. Once the spoonbread is in the oven it begins to rise. In 40 to 45 minutes it hits its peak and has a glorious golden-brown crown on top. That's when it's time to carefully pull it from the oven and take it straight to the table where everyone can spoon in and eat.

One bite, and you’ll see why cooks have revered it, and why historians have waxed poetic about it. 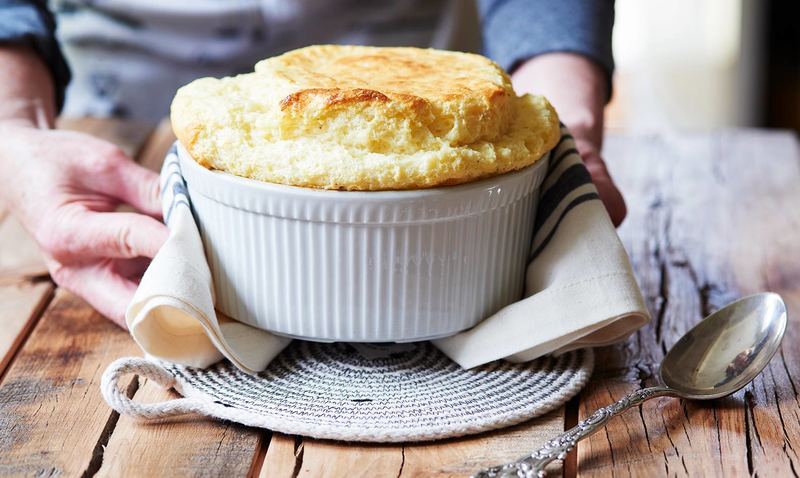 What to Pair with Spoonbread?
Anything. Or nothing at all.

Spoonbread is a meal. It satisfies and stays with you. No butter is really needed for serving, but I am sure more butter is appreciated. My husband insists on eating it with strawberry preserves, for some strange reason. He says it takes him back to his childhood in Chattanooga, and that's how it was served to children.

Grownups would have been served spoonbread alongside roast beef and gravy, or a baked and thinly sliced ham. And it might have graced the Sunday table alongside the platter of fried chicken and sliced ripe tomatoes. The slight sweetness of spoonbread pairs with barbecue and pork chops, too.

What not to pair with spoonbread might be the better question, for just as our ancestors knew (and we are learning more every day), cornmeal is a food of sustenance that marries well and adapts to almost anything. It’s satisfying but doesn't demand a lot of attention.

Spoonbread might be the fussiest use of cornmeal out there, but it's still cornmeal. And I will wait for spoonbread any day, at any time.

Instructions
Place a rack in the center of the oven, and heat the oven to 350 degrees. Grease a 2-quart casserole dish or 8-cup souffle dish with softened butter.

In a large heavy saucepan, combine the milk and 2 teaspoons salt. Bring to a boil over medium-high heat, and once boiling, slowly whisk in the cornmeal. Reduce the heat to low, and simmer, whisking, until the mixture is very thick, about 5 minutes. Remove from the heat and whisk in the butter, sugar, nutmeg and cayenne. Continue to whisk until the butter melts.

Separate the eggs, placing the yolks in a small bowl and the whites in a large stainless steel or glass bowl with a pinch of salt.

Using an electric mixer, beat the egg whites on high speed until stiff but not dry, 2 to 3 minutes. Fold the beaten whites into the cornmeal mixture until nearly smooth. Transfer to the prepared casserole and smooth the top.

Bake until the spoonbread is golden brown and puffed, 40 to 45 minutes. Serve immediately.