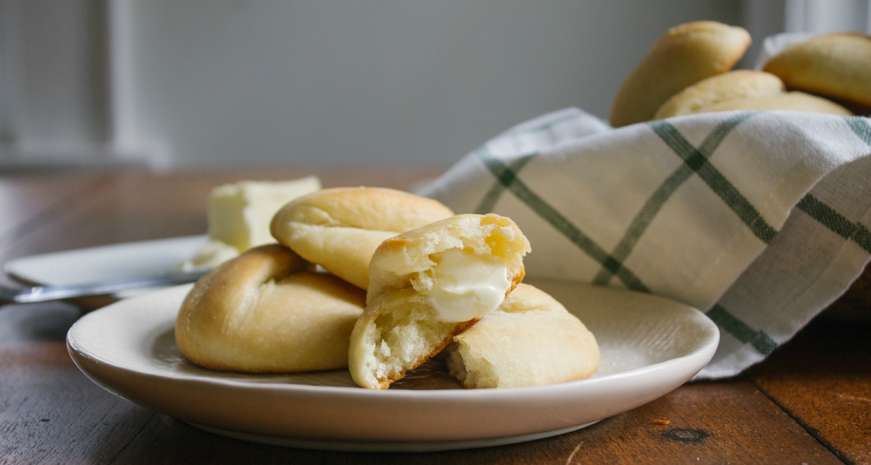 Add this old-fashioned pocketbook roll recipe to your holiday menu

I grew up in a biscuit family. Most often, they were easy and quick drop biscuits, and sometimes they were sweet potato-filled. They showed up on weekend breakfast tables and "brinner" (breakfast for dinner), and occasionally at other meals. We never really ate homemade dinner rolls, or even that many dinner rolls to begin with — except around Christmas time. That week around Christmas, we'd plow through a giant Honeybaked Ham, making sandwiches on those small Publix potato rolls that squish and smash and almost turn into mush in your mouth. Delicious.

This general year-round lack of dinner rolls puts my immediate family distinctly in the minority of Southern cooks. As James Villas writes in his history-packed cookbook, The Glory of Southern Cooking: "No serious Southern cook would be caught dead without a dozen or so yeast rolls in the freezer ready to be popped in the oven for both causal and formal dinners."

I suppose that means it's time for me to dive deep into yeast roll-baking. Luckily, I've had some help.

Southern Kitchen reader Elizabeth Lide has been collecting her family's recipes since 1986. She shared a few with me, and the first one to really stick in my mind is her family recipe for ice box rolls. She wrote: "Always had these for Thanksgiving, Christmas and special dinners. They look like little pocketbooks. Not so in fashion these days but perfect for those little turkey sandwiches after the big meal."

Not surprisingly, given my utter lack of dinner roll experience, I had never heard of ice box rolls, let alone ice box rolls shaped like pocketbooks. And ice box rolls, frankly, mean all kinds of things to all kinds of people — as long as the dough spends some time in the refrigerator, it is fair game for the name. The pocketbook comment was the key to learning more about these rolls.

Unlike traditional round dinner rolls, pocketbook rolls are stamped out into rounds with a biscuit cutter and then folded almost in half to resemble those small, half moon-shaped clutches that I associate with my great-grandmother. Pocketbook rolls are, in all likelihood, a Southern version of Parker House Rolls, which trace their origins to Boston in the 1840s and were first put into print in Fanny Farmer's 1896 cookbook, Boston Cooking School Cookbook.

But despite a Yankee pedigree, this recipe surely made its mark on the South. Villas includes a recipe for the rolls in The Glory of Southern Cooking: "Don't tell any proud Southerner that our delicate, beloved pocketbook rolls (so named because the folded dough resembles small purses or pocketbooks) bears an uncanny resemblance to the famous Parker House rolls created in Boston."

Villas's recipe, which uses vegetable shortening and does not make use of the refrigerator, is likely more similar to those original Parker House rolls than the recipe I received from Lide. One key to her family recipe is one of the South's secret ingredients: pork lard. Another trick? Using less yeast than is typical for such rolls to allow the dough a long, slow rise in the refrigerator. In fact, you can make this dough far in advance and just pinch off what you'll need for that evening's dinner. It will, as the name implies, keep just fine in the ice box. The shaped rolls bake up lickety-split, with a tender crumb and golden crust.

Lide's recipe is written in shorthand, so I needed to make a few changes and take some guesses to get the rolls to turn out: I converted the yeast cakes to more widely available instant yeast, and I clarified the rising and shaping steps. I also needed to turn the oven down slightly from what was written in the original recipe; there's quite a bit of sugar in these rolls, and a super-hot 450 degree oven encourages the bottoms to burn. A slightly lower temperature still gives the rolls the oven spring they need, but allows them to cook through without burning.

Otherwise, these rolls turned out just as I imagined. Light, soft and sweet, they'd be right at home with my family's Honeybaked ham and on any Thanksgiving table. 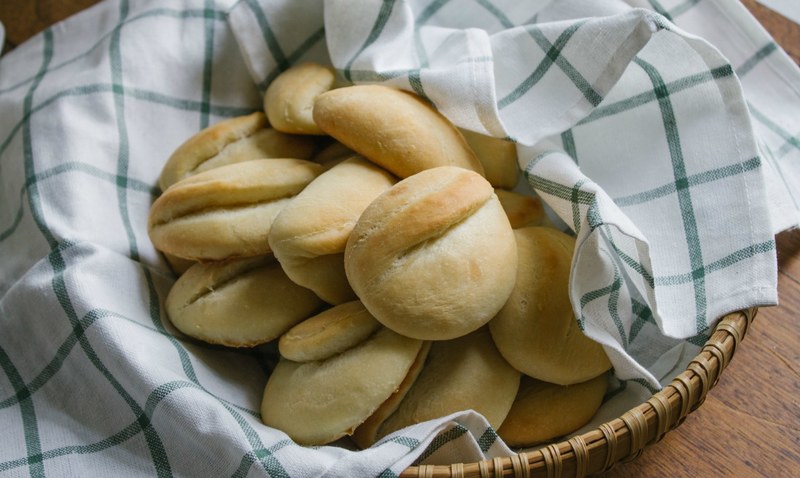 Ice Box Pocketbook Rolls
To make these rolls vegetarian, substitute shortening for the lard. You can make the dough up to a week ahead of time and bake only what you need for dinner. You can also freeze the rolls: Bake them for a few minutes to set the shape, let cool, and then freeze on a baking sheet until solid. Transfer the fully-frozen rolls to zipper lock freezer bags.

Instructions
In a large bowl, whisk together the flour and salt. Grease a second large bowl with nonstick oil spray.

In a third large bowl, stir together the lard and the boiling water until the lard melts. Whisk in the sugar to dissolve. Let cool to lukewarm.

Meanwhile, whisk together the lukewarm water and yeast.

When the lard mixture has cooled somewhat, whisk in the yeast mixture and the eggs until smooth. Pour the lard mixture into the flour and, using your hands, stir the mixture to form a loose, sticky dough. Transfer to the greased bowl, cover with plastic wrap, and refrigerate for at least 2 hours, or up to multiple days.

When you're ready to shape the rolls, line three baking sheets with parchment paper or grease with nonstick oil spray. Transfer the dough to a well-floured counter and knead until the dough is smooth and slightly sticky. This will take longer or shorter, depending on how long it rested in the fridge. Divide the kneaded dough in half.

Using a floured rolling pin on a floured counter, roll half of the dough into a circle about 1/4-inch thick. Use a 3-inch biscuit cutter to cut as many rounds out of the dough as possible. Remove the excess dough. Fold over each round almost completely in half, leaving a small lip of dough sticking out on the bottom. Transfer to the prepared baking sheet, placing the rolls about 2 inches apart. Re-roll the excess dough and repeat the cutting and folding process. Repeat with the remaining dough.

Cover the baking sheets loosely with parchment paper and let the rolls rise at room temperature until puffed, 2 to 3 hours.

Melt the butter on the stovetop or microwave. Brush the rolls with the melted butter and bake until just golden brown, about 15 minutes. Serve hot.