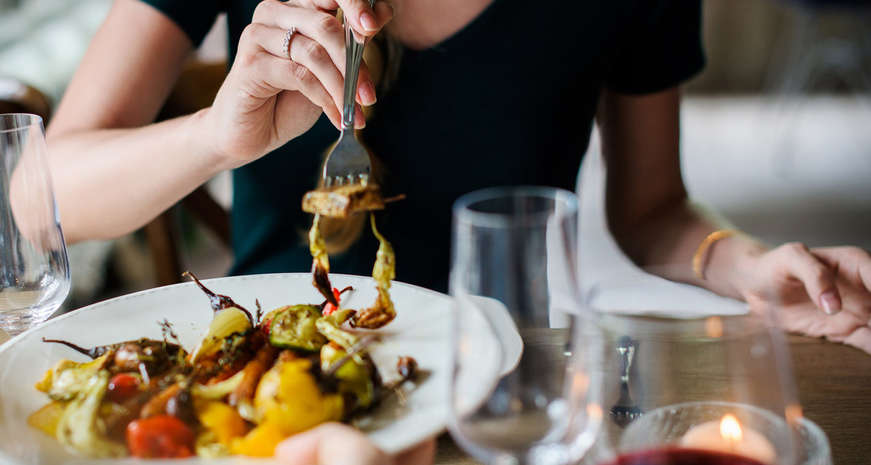 According to Travel + Leisure, these are the best farm-to-table restaurants in the South

Yes, the term “farm-to-table” is still used by far too many restaurants to be true in all cases. But lots of spots still strive for the high ideal of giving customers the freshest food possible, and plenty of these eateries are in Southern states.

Food & Wine has a list, which originally appeared in Travel + Leisure, of the single best farm-to-table restaurant in every state. The story highlights 51 establishments and includes Washington, D.C., which we also do here at Southern Kitchen from time to time. It says that the restaurants included “stand out from the pack by not only creating exciting innovative cuisine with a locally sourced menu, but also by applying that same eco-minded culinary philosophy to every aspect of the operation.”

To save you some time, here are the Southern restaurants that made the list:

Alabama: Acre in Auburn
Chef David Bancroft’s food is sourced locally and from around the Black Belt region of the Southeast, whether you’re looking for wild-caught Gulf Coast seafood or fresh veggies, which come straight from Acre’s land.
Website

Florida: LoKal
This Miami restaurant is located in the Coconut Grove neighborhood, and taps farms, dairies and breweries inside Florida for its grass-fed beef, free-range chicken, local fish and produce, all of which are served in a building that exclusively uses clean, renewable wind and solar energy.
Website

Georgia: One Eared Stag
Everything edible at One Eared Stag, at chef/owner Robert Phalen’s insistence, is organic and from sustainable sources. There’s even a “Farmers” category on the restaurant’s website, listing all those who provide the foundations of what goes on your plate. And if you’re ever in Inman Park, stop by and ask for “The Meatstick” burger, which is made with two grass-fed, pasture-raised beef patties and house-made bread and butter pickes, and is known as one of Atlanta’s best burgers.
Website

Kentucky: Proof on Main
Located in downtown Louisville, this hotel-based restaurant touts its commitment to local farms and purveyors. Those planted herbs lining the patio also show up in your dinners and drinks, and Kentucky farmers show up in meals throughout their menu, from the bourbon barrel soy sauce to heritage pork, rabbit, guinea fowl, chicken, foraged mushrooms, smoked fish and bison.
Website

Louisiana: Sac-A-Lait
This celebrated restaurant was named the best in the city by New Orleans magazine in 2015, and uses the hunting, farming and fishing expertise of its chefs and their families to inform its traditional menu. Order from the “Farm” menu section for the truest meals, including local pig’s ear, hen of the woods mushrooms and a dish of chicken feet, hearts, gizzards, livers and grits with pepper jelly.
Website

Mississippi: Table 100
You might not have expected to find a New-Orleans-inspired, European-American bistro and piano bar that supports small local farmers in Mississippi, but that’s exactly what you get at Table 100, which is apparently notable for its thick-cut pork chop and rice grit cake from Mississippi’s own Delta Blues Rice.
Website

North Carolina: Cúrate
A Green-Certified tapas bar in Asheville run by a three-time James Beard Award semifinalist already sounds good, but when you find out that it uses area farmers to source ingredients in its Spanish dishes, you get a whole new appreciation for the creativity and sustainability of Southern cuisine.
Website

South Carolina: Husk
You already know we’re fans of Sean Brock’s fried chicken. Apparently he’s a stickler for keeping things low and slow in the sense of sourcing; the article quotes him as saying, “If it doesn’t come from the South, it’s not coming through the door.”
Website

Tennessee: 212 Market
As the first Green Certified restaurant in Tennessee, this Chattanooga establishment was early to the F-to-T movement (it opened in 1992). It started as a local-only eatery and continues to uphold sustainability standards of excellence, whether they’re to be tasted in local trout or a grass-fed burger from nearby Simpson Farms.
Website

Texas: Barley Swine
The 14-course tasting menu from Barley Swine chef/owner Bryce Gilmore is always seasonal and inspired by local farmers, and it changes regularly, based on availability of best quality ingredients and the aspirations of the creative kitchen staff.
Website

Washington, D.C.: Founding Farmers
Executive Chef Joseph Goetze leads this Foggy Bottom mashup of a restaurant and a co-op, where everything’s scratch-made and all profits go back to those who produced the ingredients. That includes more than 40,000 family farmers.
Website