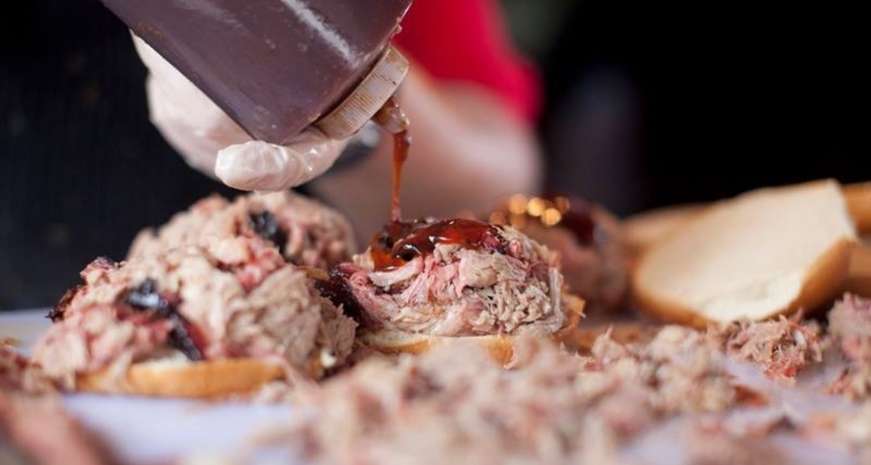 A quick guide to the 8 most famous Southern barbecue styles

Ask any Southerner what true barbecue is and, depending on where that Southerner resides, you will likely get a wildly different answer from the next person you ask.

Barbecue preferences are not only incredibly personal but regional as well. No matter which version of 'cue you prefer, there are always the three main components that can vary depending on the location from which it originates: meat, seasoning and the type of wood used to cook.

Read on for a breakdown of how each of these styles are made. 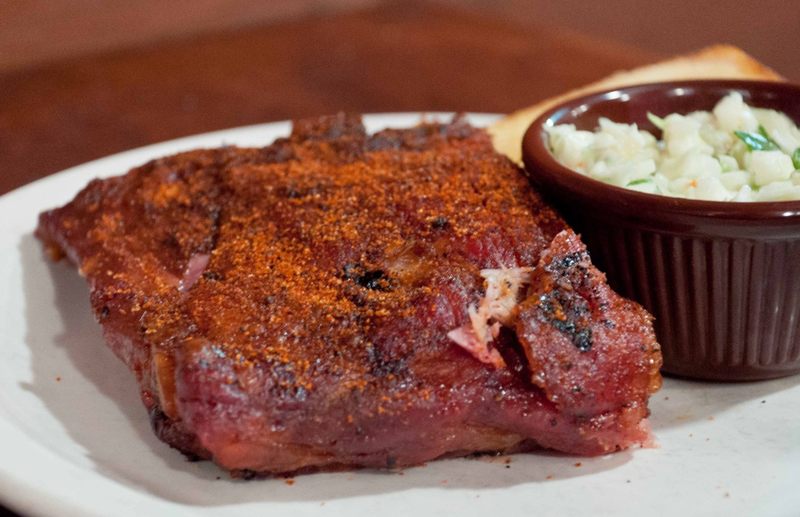 Memphis
In Memphis, Tennessee, the choice of meat is pork in the form of ribs and pulled pork sandwiches.

Here the pork is traditionally prepared with a dry rub, which usually features a combination of paprika, garlic powder, mild chili powder, salt, black pepper, onion pepper, celery seeds, brown sugar, cumin, dry mustard, coriander and allspice. In Memphis, barbecue isn’t traditionally served with sauce; however, there are of course exceptions to every rule. If there is a sauce served, it'll most typically be red, sweet and tangy, and will frequently include molasses. 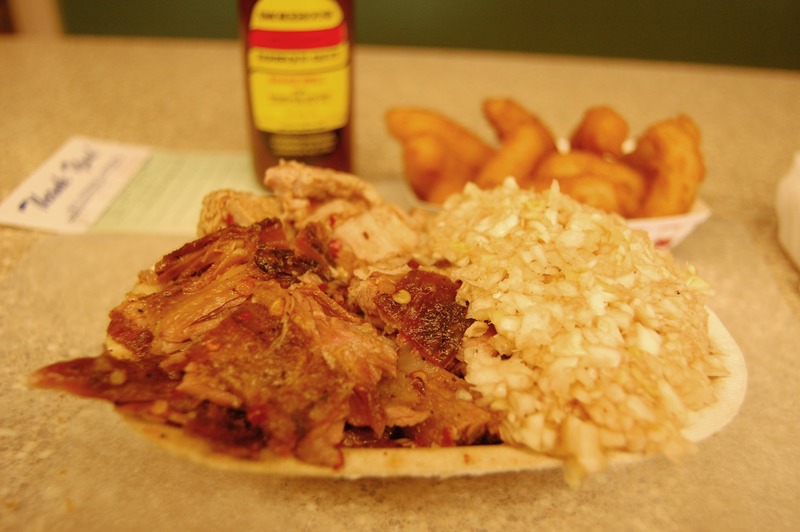 North Carolina
North Carolina’s barbecue is typically served in the form of shredded pork, and it comes in two distinctly different styles: Eastern Carolina and Lexington.

Eastern Carolina
The barbecue in Eastern Carolina utilizes the whole hog, which is cooked in a pit over real wood. The sauce is vinegar-based and doesn’t typically include either ketchup or tomato. It's tangy, first and foremost, with a little sweetness and spice, depending on the pit master. Eastern Carolina barbecue is generally served with little frill, in a sandwich with a drizzle of sauce, or in a paper container.

Slaw is a big component of Lexington-style barbecue. It's typically made with a healthy helping of cabbage, vinegar, and ketchup, and contains absolutely no mayonnaise. 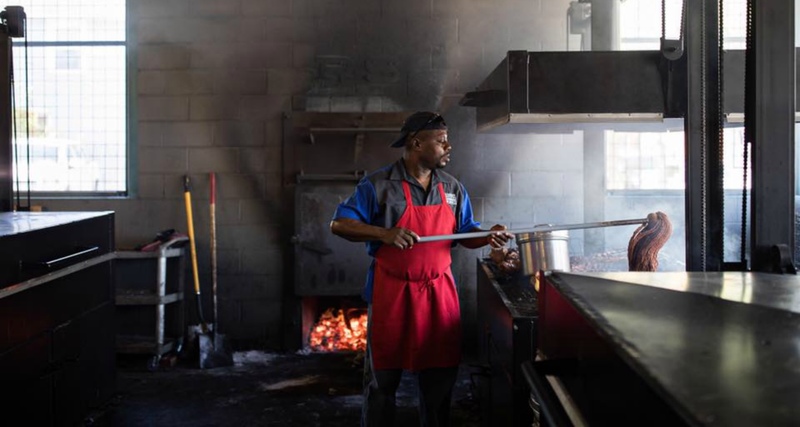 South Carolina
As in its neighbor to the north, there are two distinct styles of 'cue in South Carolina: Pee Dee-style and Midlands-style.

Pee Dee
Originating in the northeastern part of the state, Pee Dee-style barbecue is most often prepared using a whole hog that is cooked in an open pit over hardwood coals. The pig is typically cooked on its own, skin side-up, for hours, before being flipped and mopped with a tangy, spicy, vinegar-based sauce. Once cooked to tenderness, the meat is pulled, mixed and served with white bread, coleslaw and beans.

Midlands
The area surrounding the capital city of Columbia is where is where you'll find South Carolina's signature yellow mustard-based sauce. Here, it is also far more common for pit masters to cook shoulders or ham, instead of whole hogs, and barbecue is often served with, among other sides, hash and rice. 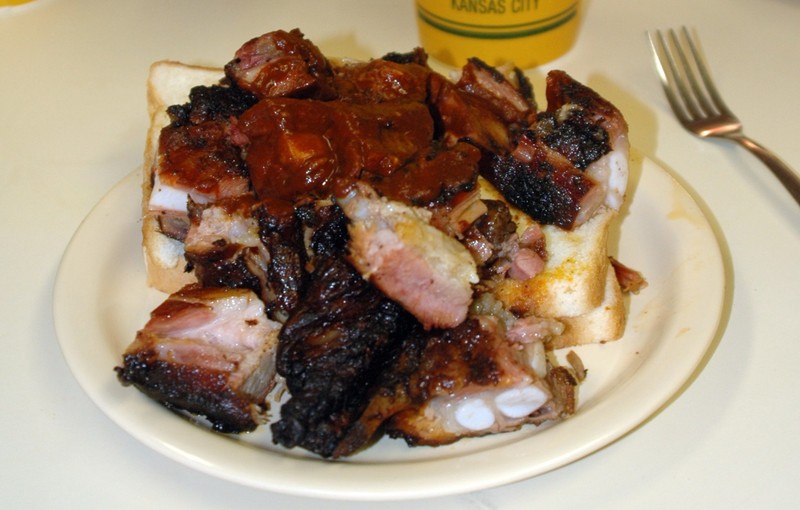 Kansas City
Kansas City is known as the barbecue sauce capital of the United States. And although Kansas City utilizes a large variety of meat for its barbecue, it is usually made from beef or pork. Most notably, you can find specials, such as burnt ends and rib tips, at just about any barbecue joint in Kansas City.

Here meat is marinated and cooked using the low and slow method at temperatures between 200 to 250 degrees depending on the quantities and type of meats. Though the barbecue can be prepared with a dry rub, there is a strong emphasis on the sauce, which, because it often contains molasses, brown sugar and ketchup, is thick and sweet. Other typical Kansas City sauce ingredients include chili powder, paprika, vinegar, allspice, onion powder and garlic powder. Most KC barbecue is also served alongside french fries. 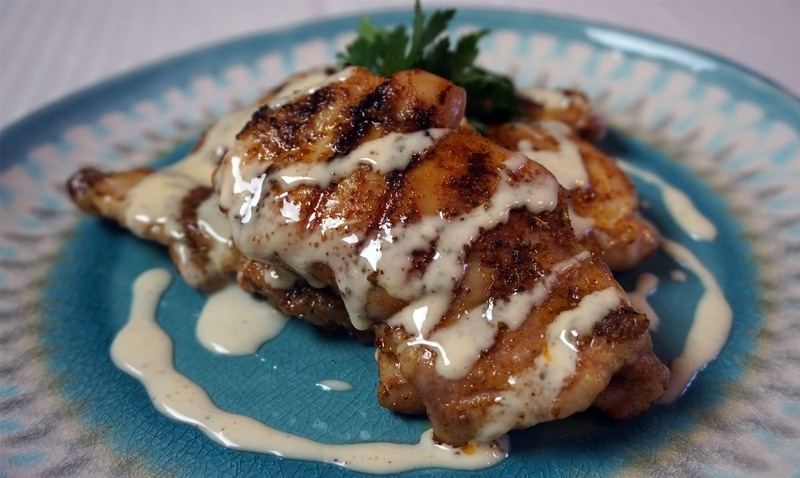 Alabama
While you can certainly find just about any style of barbecue you'd like to eat in Alabama, the state's signature contribution to the field is barbecue chicken shellacked with a white, black pepper-laced, mayonnaise and vinegar sauce. Barbecue chicken is typically smoked whole; you can pick up chicken pieces, glazed with white sauce, or eat sandwiches made from chopped smoked chicken, drizzled with that same sauce. 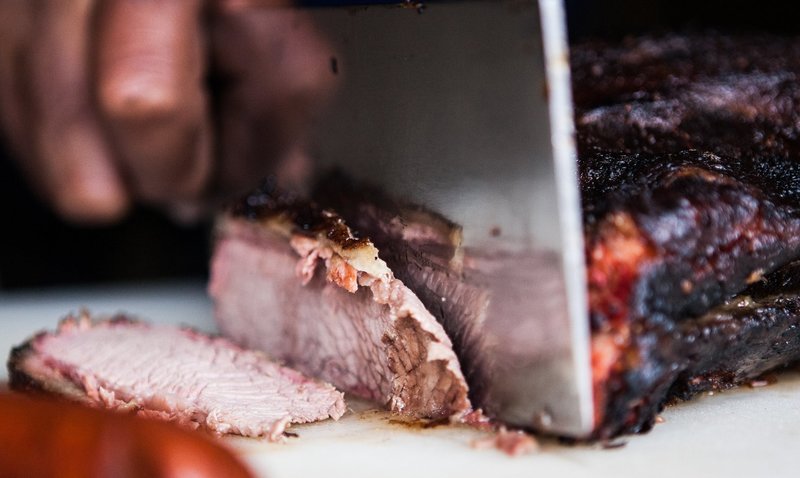 Texas
When people refer to Texas-style barbecue, they are referring to central Texas, as the other areas of Texas are influenced by surrounding states and borders.

Those who are familiar with Texas knows that Texans like to go big when it comes to meat. Brisket is the meat of choice, and it is always cooked low and slow. If any dry rub is used, it is simple — usually just salt and pepper. If sauce is used, it is most often thin, brown and unsweetened. Ingredients for the sauce can include the drippings from the fatty parts of the meat, chili powder, ancho chile powder, hot sauce, cumin and beer. Most Texas pit masters use oak, hickory or mesquite wood to smoke their 'cue.

The focus, however, is on the quality of the meat, and not so much on the sauce or spices, and this is primarily due to the history of cattle in Texas.