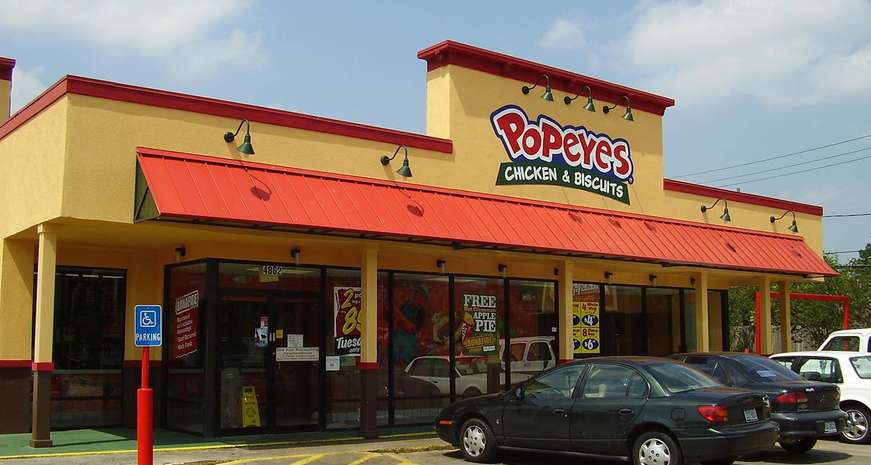 “Louisiana Fast” has been the official theme for Popeye’s Louisiana Kitchen for almost 10 years, but one restaurant in California recently took the meaning of the tagline to a whole new level, when it was caught serving fried chicken sourced from the beloved New-Orleans-based fast-food chain.

The Long Beach restaurant, whose name is suspect for more than one reason, recently had to confess to being entrepreneurial chicken-hawks when a Yelp user exposed the restaurant’s practice of secretly using Popeye’s chicken in one of its menu items. Los Angeles resident and Yelper “Tyler H.” broke the story, when he announced in all-caps, “THE CHICKEN THEY USE IS FROM POPEYES!”

In Tyler’s review, he said he watched Sweet Dixie Kitchen’s staff bring “two large boxes” of Popeye’s chicken into the kitchen as he dined, and assumed it was “just a snack for the workers, but alas it was not.” Tyler then ordered chicken and waffles, and thought the chicken “tasted suspiciously like Popeyes,” so he asked his waiter, who admitted the culinary shortcut.

Sweet Dixie Kitchen owner Kim Sanchez attempted a bit of damage-control and responded to Tyler’s Yelp review by saying that they “PROUDLY SERVE” [emphasis hers] Popeye’s spicy tenders, asserting that the fast-food chain makes “the best fried chicken anywhere.” Sanchez then compared the chicken-cheat to sourcing food in other ways usually considered standard in the restaurant industry — she shared that the gumbo on Sweet Dixie’s menu is made by a "friend," who also sells it at a local farmers market. She also stated that the vegetables served at the restaurant are purchased, not grown.

Food & Wine noted in their coverage of the story that a fried chicken and biscuits dish on Sweet Dixie Kitchen's menu sells for $13.

Still, according to a news report, Sanchez has smartly reached out to Popeye’s to gain official permission to continue using the chicken, although at press time there has been no word that she’s received a response. And though the response on social media has ranged from shocks to shrugs, one thing is apparent: People love Popeye’s chicken.

You have to be kidding me. That definitely a lawsuit. 🤦🏽‍♀️ and for the record @PopeyesChicken is the best.

However you personally feel about a restaurant serving food from another restaurant (which isn’t exactly a new thing), many people agree that the best way to avoid the backlash Sweet Dixie is now experiencing would have been to fully disclose the source of the fried chicken. Unfortunately, because this thinking-outside-the-box chicken trickery was discovered and confirmed by a Yelp reviewer, instead of being clearly stated on the menu, we certainly understand why many foodies around the world are crying “fowl.”