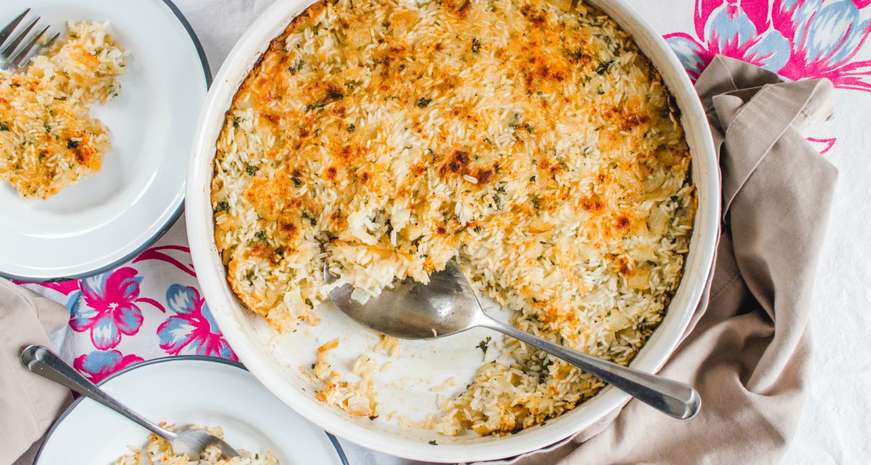 Sometimes it can be easy to forget that the South is a place for rice. Between all of the hemming and hawing over the proper way to cook grits, and the perfect method for shaping biscuits, we can lose sight of the region's other starch of choice. Of course, those of us who don't live in coastal Carolina or southwestern Louisiana didn't grow up around rice culture, so perhaps it's easy to forget.

But this grain is just as important to our culture and food as grits, whether we eat it in jambalaya or chicken bog.

The antebellum low country prospered under a rice economy based on the backs of enslaved Africans. Indeed, Africans from rice-growing regions, such as Senegambria, were specifically captured and enslaved in order to maintain the plantations. Carolina Gold rice, which heirloom grain cultivator Anson Mills calls "the grandfather of long-grain rice in the Americas," was the signature rice of the region, boasting sweet and nutty flavor and a pleasantly toothsome texture. 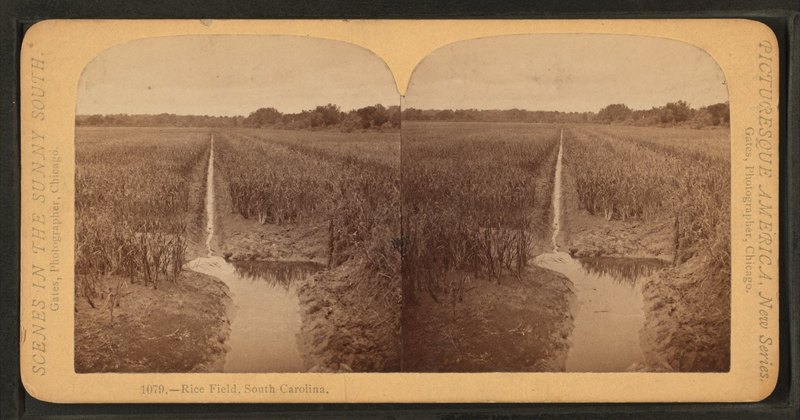 After the Civil War, much of the Carolina rice production stalled; without unpaid labor and access to capital, it faltered. Much of the South's rice production moved to Louisiana where, according to Virginia Willis' new book, "Secrets of the Southern Table," the introduction of steam-powered engines that allowed "for water to be pumped over the levees into rice fields; the mechanization of large-scale plowing, seeding, and harvesting (a good match for the level coastal plain of Louisiana); and the completion of the Southern Pacific Railroad from Houston to New Orleans" allowed new crops to thrive. Much of these benefits continue today: In 2014 Louisiana rice production was a $342 million business.

This is all to say that recipes for dishes such as the humble rice casserole are just as important to explore in the Southern recipe canon as those for chess pie and chicken and dumplings.

Southern Kitchen reader Betty Greene sent me her family's recipe for a simple onion-studded and paprika-sprinkled rice casserole, which has clearly stood the test of tinkering. With particularly specific ingredient amounts — 3 1/3 cups chopped onions, 2 cups plus 2 tablespoons rice — Greene has fiddled and fussed to make the casserole as perfect as can be. 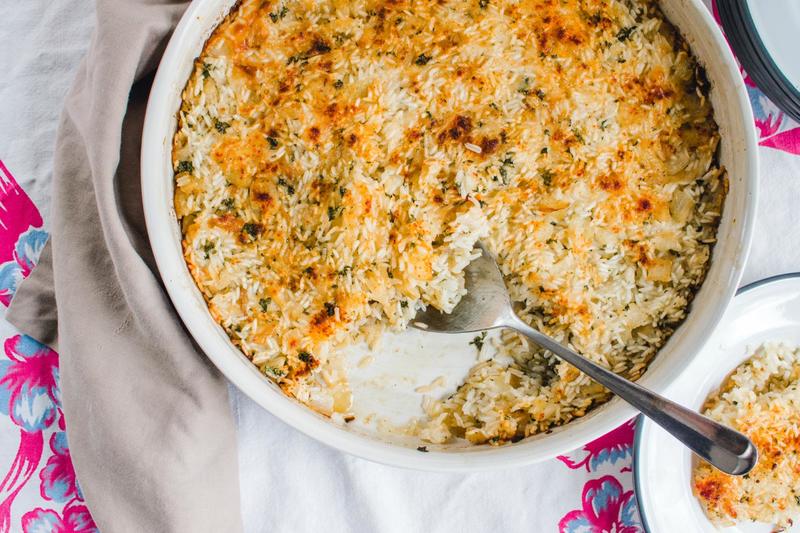 Besides time and attention to detail when it comes to measuring, little else is required for this easy, satisfying side. Onions are cooked down slowly in a heap of butter, until they begin to melt and caramelize. A little more than a cup of Swiss cheese is added for a hint of seasoning and just a bit of binding power — this is not a cheesy rice casserole by any means — and a modest cup of cream does the work of softening parboiled white rice. A sprinkling of parsley and paprika are the only other ingredients, and I can imagine the casserole made with just about any herb and spice you'd like. Thyme and smoked paprika would make for a slightly more complex dish, while oregano, cilantro and cumin would take the dish in a Mexican-inspired direction.

The casserole bakes up with a golden brown crust and crisp, almost kugel-like topping made from the slightly under-hydrated rice grains. It was excellent as written; the only real change I made to Greene's recipe is an insistence on using the South's signature onion, Vidalia, for its subtle, aromatic sweetness. And if you've got a bag of Carolina Gold rice, make sure to use that too. 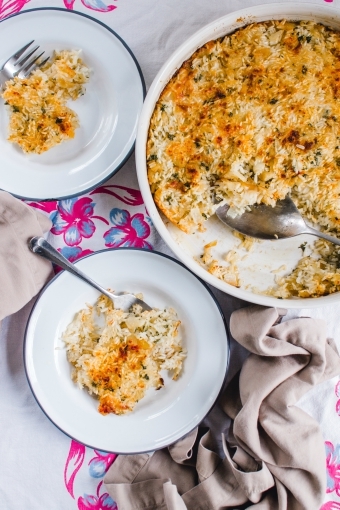 Instructions
Heat the oven to 325 degrees. Generously butter a 9- by 13-inch baking dish.

In a large skillet, melt the butter over medium heat. When the butter is foamy, add the onions and a generous pinch of salt. Cook, stirring occasionally, until softened, deeply golden brown and caramelized, about 30 minutes.

Meanwhile, bring a large pot of heavily salted water to a boil. Add the rice and boil for 5 minutes. Drain well.

When the onions are caramelized, remove from the heat and stir in the cream and cheese until the cheese is melted. Stir in the rice and parsley, and season with salt and pepper. Transfer to the prepared baking dish and sprinkle with paprika.

Bake until the casserole is browned and the top is crisp, about 1 hour. Serve hot.

Our winning holiday side recipe

Our winning holiday side recipe