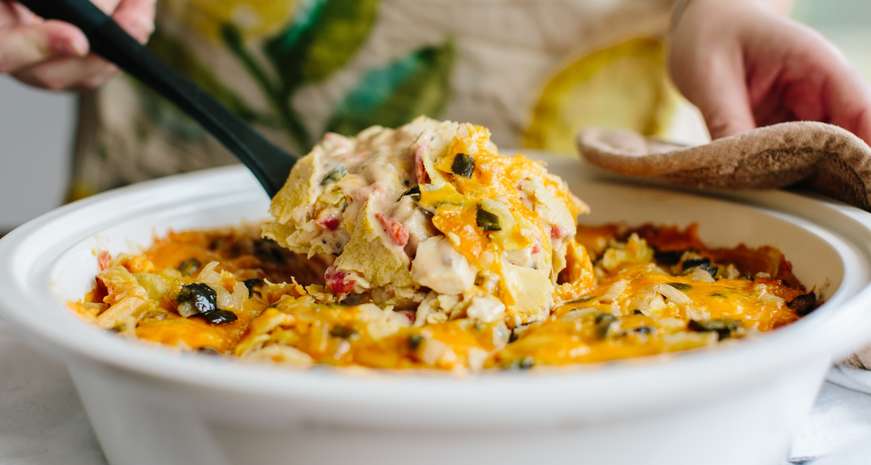 One thing is for sure, the older you get the less time you have. Between jobs, significant others, friends, and kids, time seems to just evaporate into thin air. After a long day of work, the absolutely last thing you probably want to do is spend hours in the kitchen putting together some complicated dish. The good thing is with these recipes you don't have to!

These nine recipes are all possible on a weeknight, thanks to some key pantry short-cuts. Whether they make good use of a can of soup (or two) or pre-made doughs you can easily find in most grocery stores, these are all Southern classics made simple.

King Ranch Casserole
If Texas were to have an official state casserole, it’d be the King Ranch casserole. Paying homage to traditional casseroles made from leftover chicken and condensed soups, this dish is set apart by its Tex-Mex flavors and flare. Easy, quick and comforting, this cheese-covered meal has become a staple in many Lone Star State homes and has spread throughout the entire South. You can use any leftover chicken you’ve got at home for this recipe, or you can purchase a fully-cooked rotisserie chicken and use its meat instead.
Get the recipe 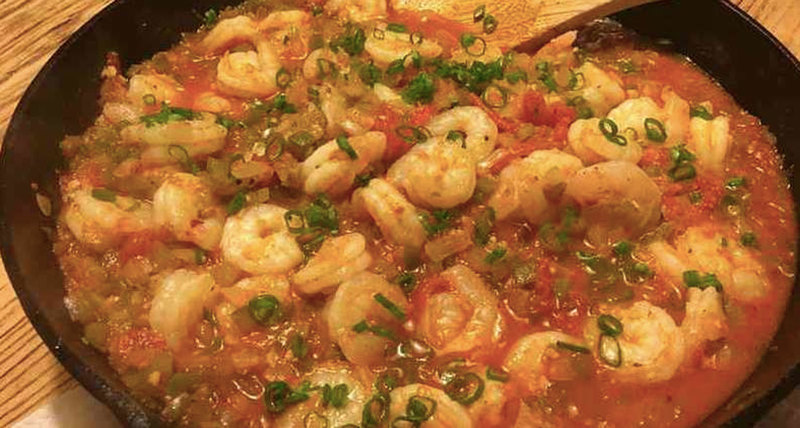 Shrimp Creole
Shrimp Creole is a traditional New Orleans dish which calls for the Holy Trinity (onion, celery, and green pepper) and a healhty sprinkle of Creole seasoning. This meal packs a ton of flavor and with the addition of the canned tomatoes you probably have sitting in your cabinents, it's ready in under forty-five minutes.
Get the recipe 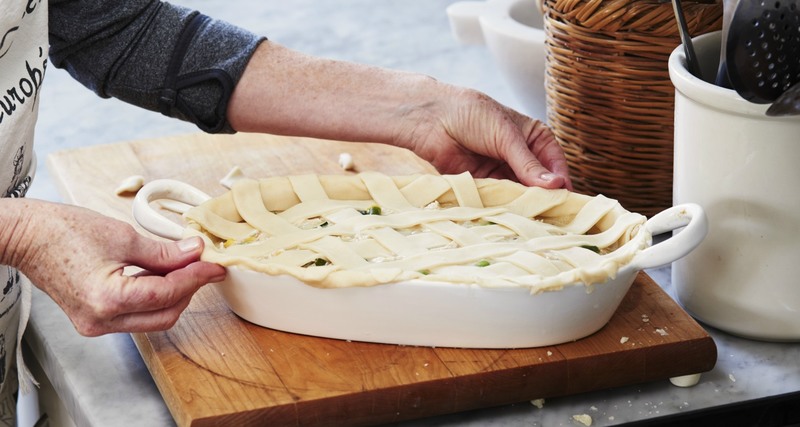 Anne Byrn's Chicken Pot Pie
Pot pie — whether containing chicken or beef — is an American classic. It has appeared in print since 1792, according to John Mariani in The Dictionary of American Food & Drink. The name comes from the pot or deep pie pan used to bake the savory pie. The formula is pretty simple: cooked chicken, a roux of butter and flour, chicken broth, and chopped carrots, peas, and other vegetables baked with pastry crust on the top and bottom. And it was a homemade staple long before Swanson's marketed frozen pot pies to the busy homemaker in 1951. This recipe takes a few shortcuts (hello, frozen crust and veggies), but still relies on a homemade sauce to bring it all together.
Get the recipe 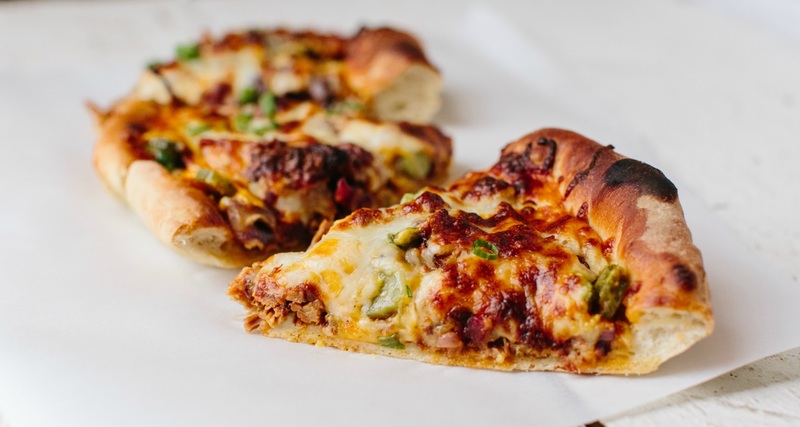 Cast Iron Barbecue Pork Pizza
What could be more Southern than barbecue pork pizza, cooked in a cast iron skillet? Feel free to use store-bought pork, barbecue sauce and pizza dough here; there’s no need to make those from scratch. Crank the oven up to its highest temperature — but not broil, lest the cheese burn to a crisp. Get all of your toppings ready to go before heating the skillet; the process moves quickly once you add the dough to the skillet.
Get the recipe 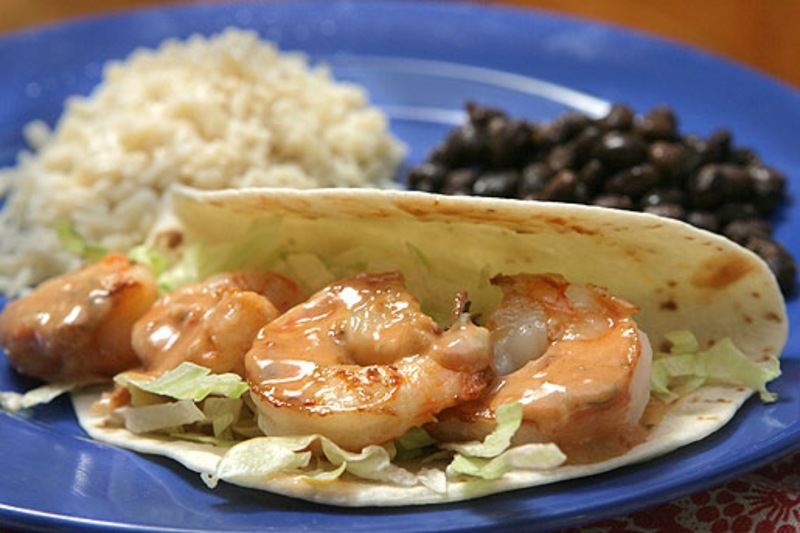 Chipotle Shrimp Tacos
It's amazingly easy to spice up a simple seafood, meat or chicken entree with the addition of canned chipotles in adobo sauce (a.k.a. smoked dried jalapenos in a spicy red sauce). In this dish, a chopped chipotle is mixed with jarred tartar sauce to add a big burst of distinctive flavor and a touch of heat. For a little added heat, drizzle some adobo sauce on the shrimp before grilling when tossing them with a little oil to prevent sticking during cooking.
Get the recipe 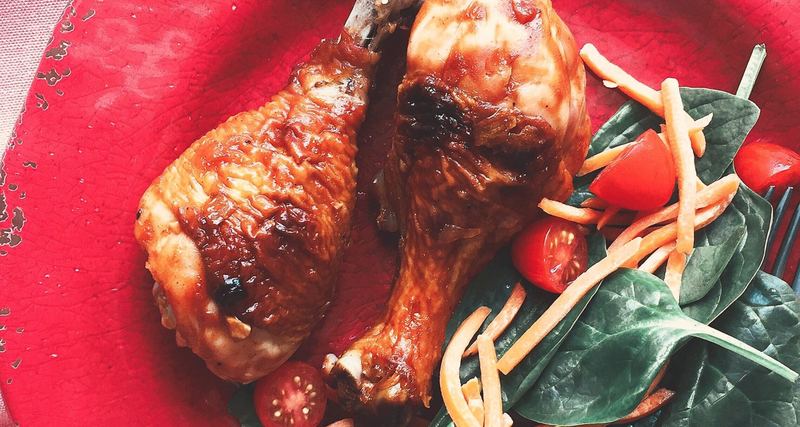 Sheet Pan Barbecue Chicken Legs
Get great barbecue flavor, right out of the oven. This quick weeknight recipe calls for doctoring up your favorite bottled barbecue sauce, so that it’s boozy, smoky and delicious. Serve with a green salad and corn on the cob for an easy weeknight meal.
Get the recipe 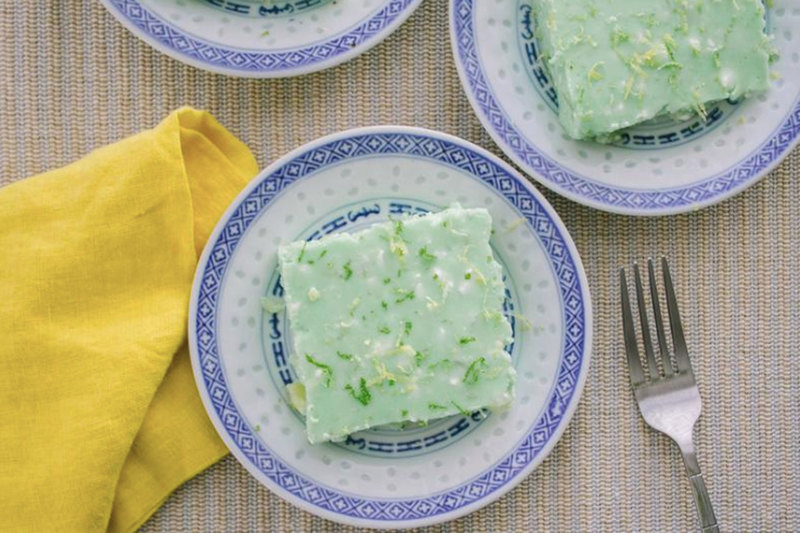 Emerald Jell-O Salad
Let's face it, Jell-O is a really polarizing food. Either you absolutely love the stuff or you want nothing to do wtih it. Jell-O has a beloved place on picnic tables across the South as families gather for barbecues, reunions and birthdays. This recipe for emerald salad is a modern take that you will absolutely love. Featuring a good amount of fresh citrus and pineapple juice, it's sure to delight tastebuds.
Get the recipe 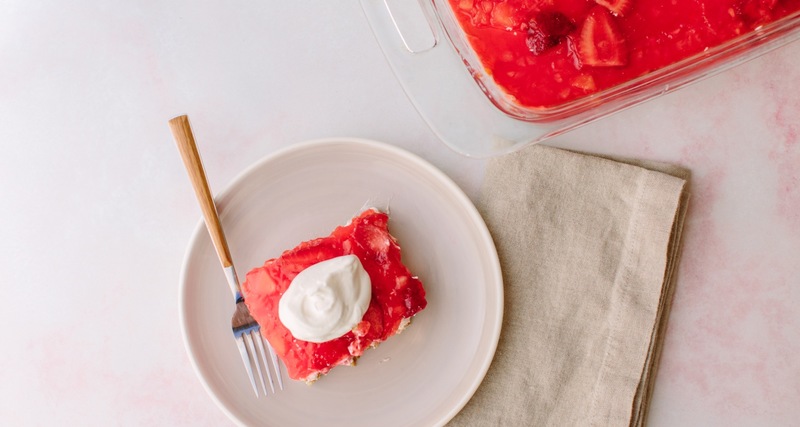 Strawberry Pretzel Salad
Speaking of Jell-O, this strawberry topped "salad," is a favorite at Southern Kitchen. Believed to have originated in the 1960s, when the Joys of Jell-O cookbook was published, strawberry pretzel salad makes good use of not only Jell-O, but also Cool-Whip, pretzels and cream cheese. Don't knock it 'til you try it.
Get the recipe 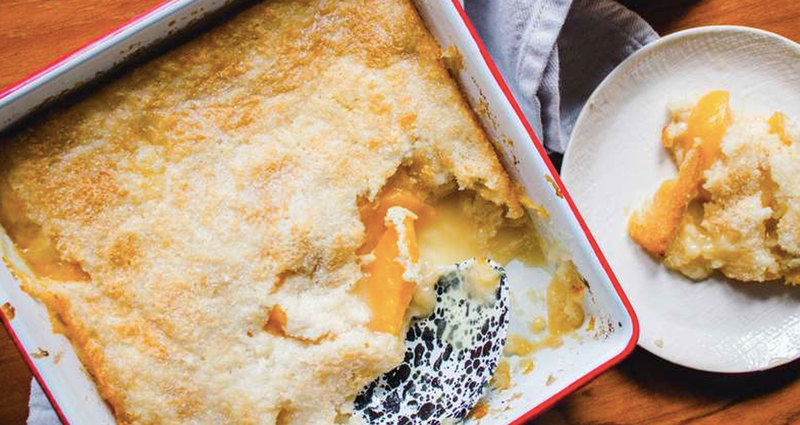 Pantry Peach Cobbler
There may be no more popular dessert in the entire South than the mighty peach cobbler. So many families have treasured recipes that have been passed down from generation to generation. On this site alone you'll find several different recipes for our staff favorite dessert like this one and this one. While you can make cobbler with fresh, or frozen peaches, this recipe calls for the canned fruit, which means you can make it all year round.
Get the recipe

Have your own chili cook-off with these 6 recipes

5 shortcuts to cook dinner in as little as 15 minutes

Have your own chili cook-off with these 6 recipes

5 shortcuts to cook dinner in as little as 15 minutes