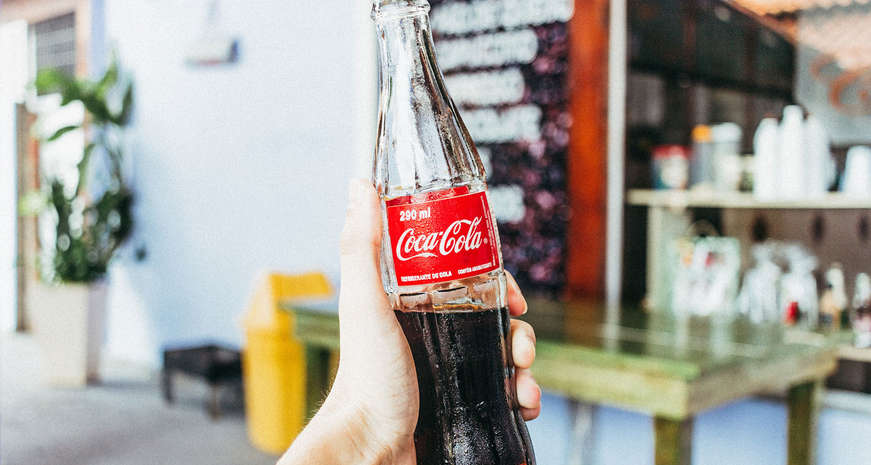 Calling all Coca-Cola lovers: Here are 9 sweet and savory recipes you should try now

Stroll down any aisle in the grocery store and chances are Coca-Cola has premium placement among the myriad of fizzy beverages for sale—and for good reason.

The Southern based soda giant first debuted is classic dark caramel flavored drink in 1886. Since then, Coca-Cola has branched out to include other flavors such as orange, cherry, vanilla and of course the incredibly popular diet versions.

While popping the top of an ice cold Coca-Cola has become synonymous with refreshing rest and relaxation, the soda also makes one heck of a secret ingredient to some of our favorite dishes and cocktails. From glazed wings to Mississippi mud cake, the possibilities are truly endless.

Here are some of our absolute favorite ways to use Coca-Cola in the kitchen. 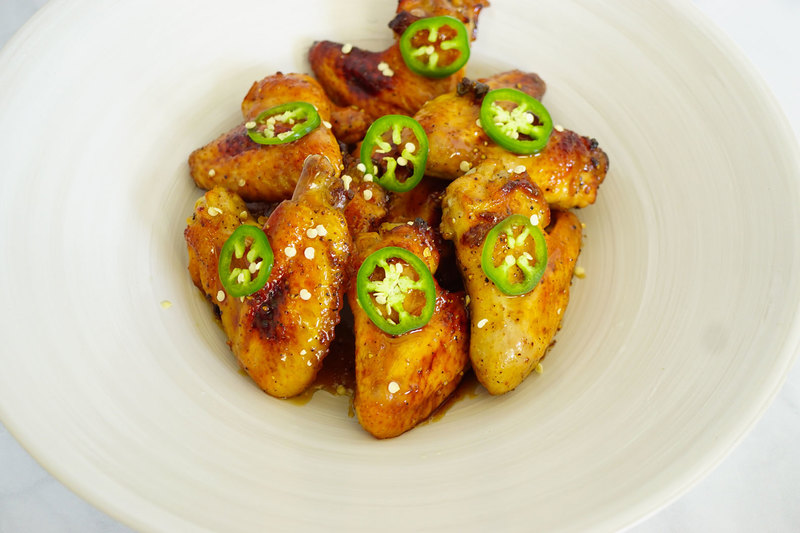 Coca-Cola Glazed Wings
According to Chef Jeffrey Gardner "simmering Coca-Cola evaporates all of the excess water in the soda to leave behind a thick, molasses-like syrup. At this stage, the concentrated Coke is practically begging to be used as a glaze on grilled or roasted meats, especially chicken wings. As the soda reduces, adding aromatics like garlic cloves, ginger or jalapeño peppers will add more complexity. Add a few shots of a dark vinegar, such as sherry or balsamic, to give the sauce more zip and better balance. Just be sure to closely monitor the sauce to prevent it from over-reducing or scorching."
Get the recipe

Coca Cola-Glazed Baby Back Ribs
What happens with you add Coca-Cola to homemade barbecue sauce flavored with a heavy helping of molasses? Pure magic. This take on sweet and smoky barbecue ribs in a take on a summertime classic that you didn't even now you needed. Here the Coke works with the sticky molasses to create a literally rib-sticking sauces that you'll be licking off your fingers all dinner long.
Get the recipe 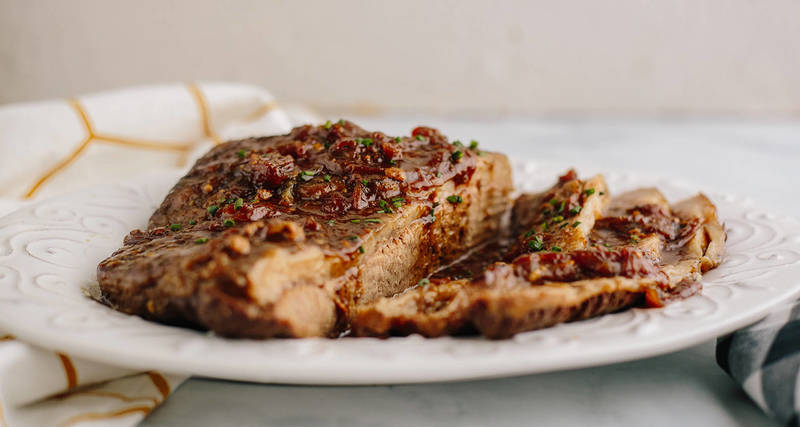 Coca-Cola Braised Beef Brisket
This Southern-inspired brisket recipe is perfect all year long. Brisket is a cut of beef that’s meant to be cooked low and slow. Cooking it in a bath of sweet Coca-Cola pairs the salty-savory meat against the sweetness of the Coke, vinegar and sweet onions. If you want a richer sauce, remove the brisket once cooked and reduce braising liquid until thickened to your liking.
Get the recipe

Bourbon and Coke Baked Beans
Bourbon and Coke are already a classically delicious pairing. Add in savory baked beans and what you've got is syrupy sweet beans that pack a serious punch. Your guests may not be able to identify the “secret ingredients” in these baked beans, but they’ll love to learn that bourbon and Coca Cola are in there. Turn it into a main course by serving with cornbread. Turn this into a vegetarian or vegan dish by using vegetarian baked beans, eliminating the ground beef, and stirring in 12 ounces of meat substitute crumbles in the last 20 minutes of baking time.
Get the recipe 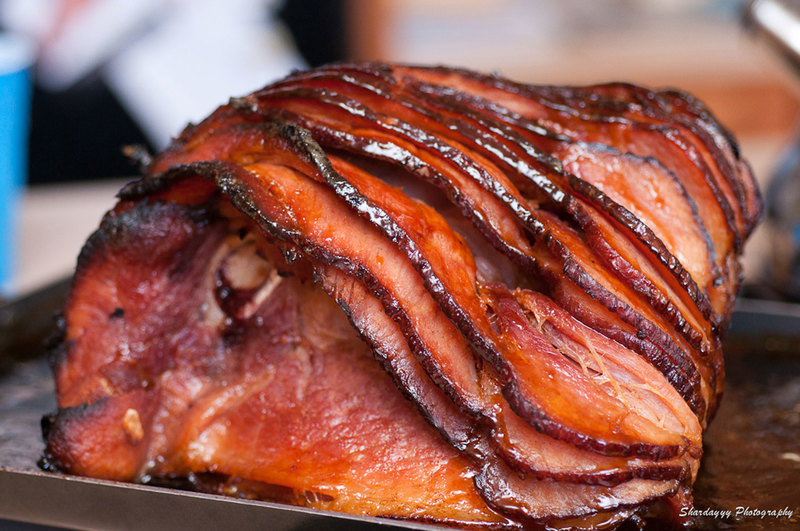 Coca-Cola Glazed Ham
Chef and cookbook author Virginia Willis is familiar with this especially Southern combination, as her grandmother made a similar version. She commented, “The sweetness of the Coca-Cola marries very nicely with the slightly salty ham.” She points out this recipe uses a cooked ham that is actually ready to eat without further cooking. She said, “These hams are often labeled ‘Fully Cooked, ’ ‘Ready to Eat, ’ or ‘Heat and Serve.’ They may be eaten as is but are more often heated to an internal temperature of 140 degrees for fuller flavor.” One slight adjustment: Willis broiled the ham just before serving to give it a nice caramelized exterior.
Get the recipe

Coca-Cola Sloppy Joes
The South's most famous beverage comes in handy when you’re trying to figure out what to do with a package of ground beef on a weeknight, without dragging out your whole spice rack. With the flick of a pop top, it adds a caramel sweetness and peppery spice to a sloppy Joe mixture that also contains ground beef or turkey (we went with the bird), onion and barbecue sauce. Not spicy enough for your taste? Shake in some hot sauce. Round out the meal with coleslaw — either from the deli or homemade (using bagged slaw mix and dressed with mayo, a little sugar and a splash of vinegar). Serve it on the side or, like we did, inside the bun with the meat mixture. We don’t call them sloppy for nothin’.
Get the recipe 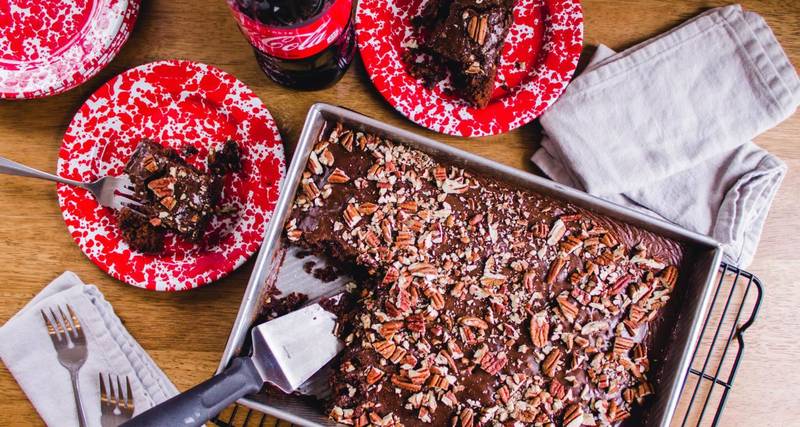 Coca-Cola Cake
For a Coca-Cola cake that truly tastes like the soda, we’ve cut back (just a bit) on the sugar by eliminating the traditional marshmallows. We also toast the pecans for the top, and instead of stirring them into the frosting, as is traditional, we sprinkle them on top. Leaving a good quarter cup of the nuts barely chopped also gives the cake a bit of texture, counteracts some of the sweetness, and helps to bring out the inherent bitterness of the soda. Finally, pour in just a touch more Coke into the frosting than is typical, giving it a drizzleable consistency and bold cola flavor. Poking holes in the top of the cake, a reader suggestion, helps the frosting soak into the cake, further upping flavor and moisture. But hey, if you think we’re nuts for messing with a good thing, go ahead and add in your miniature Jet Puffs as you’d like. They’ll melt into the batter and add, yep, more sweetness. Either way, you’ll end up with an unbelievably moist and slightly sticky cake with a distinctive flavor that smacks of the South.
Get the recipe

Mississippi Mud Cake
A take on the gooier and much messier Mississippi mud pie, this mud cake is an easy chocolate sheet cake topped with marshmallows and a loose chocolate icing. We decided to leave out the optional pecans so we don’t veer too far into rocky road territory. Any chocolate cake recipe will work as a base, but we like a Coca-Cola cake for its ease and crossover ingredients. And Coca-Cola is delicious, after all!
Get the recipe 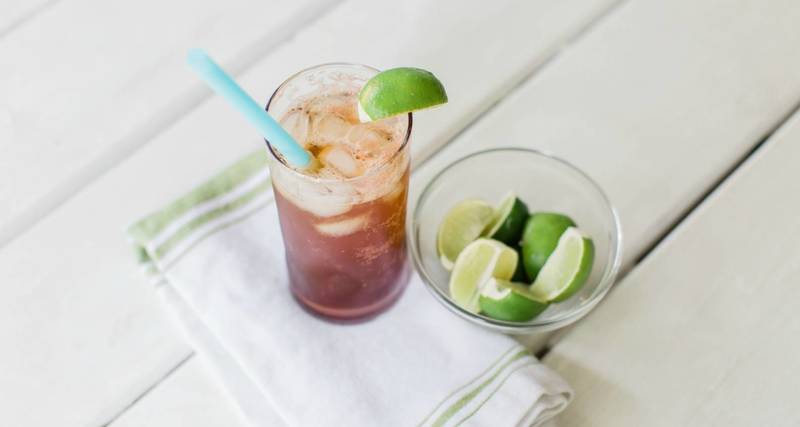 Grown-Up Jack and Coke
This flavorful highball cocktail is a grown-up version of the classic Southern drink, Jack and Coke. Molasses and angostura bitters hint at Coca-Cola, while your favorite bourbon (or Jack Daniels, if you’d like) provides the oomph. Top it all off with club soda and a splash of lime.
Get the recipe