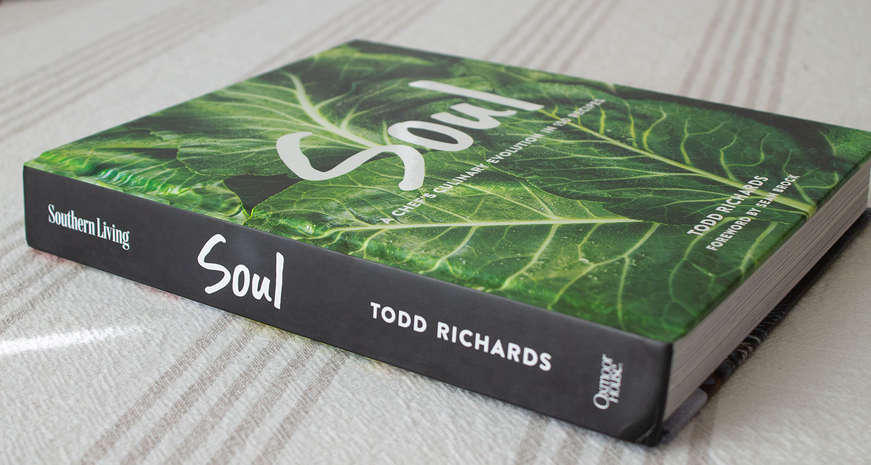 To get a taste of the true history of Southern cuisine, one must look to the work of African-American chefs, home cooks and writers. The eight cookbooks below are a crucial collection for any serious Southern cook. If you don't have these in your kitchen already, get them in your shopping cart now.

There simply is no denying the impact that countless African-Americans have had in shaping food culture in our country. In the South specifically, the influence of black Americans is easily felt — and consumed — in everyday staples such as braised collard greens, candied yams and fried catfish. While other Southern chefs have received a lot of acclaim for bringing their interpretation of Southern food to the masses, this beloved cuisine was built in the kitchens of black folks below the Mason-Dixon and continues to thrive even today.

One of the best things about the cookbooks below is being able to get a glimpse at the historical origins of many of the dishes we've come to love. When you're cooking a recipe out of any one of these books, it's impossible not to go about it with a sense of reverence for the people and context that helped create such a dynamic cuisine.

No matter your culture or background, if you're a Southerner — or at least just love Southern food — there is no better guide to cooking than these eight cookbooks. 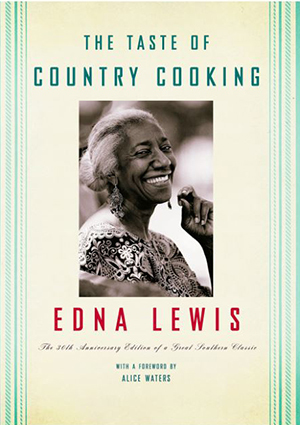 'The Taste of Country Cooking' by Edna Lewis
There really is no better person to kick of this list than the late Edna Lewis. Ms. Lewis was born in 1916 in Virginia in a community established by African-Americans, some of who were former slaves. She left the South as a part of the Great Migration to ultimately end up in New York City. Prior to becoming known for her cooking, she experienced a fair amount of success in the fashion world. Later in life, she moved back to the South, to Atlanta, and in 1990 she published "The Taste of Country Cooking," which quickly became a classic. In her book she expertly interweaves stories of her childhood in the country with recipes that still have deep significance within the black community.
Get the book

'Soul: A Chef's Culinary Evolution in 150 Recipes' by Todd Richards
Todd Richards is an Atlanta-based chef with popular restaurants such as Richards' Southern Fried in Krog Street Market and One Flew South, in Atlanta's Hartsfield-Jackson International Airport, where he serves as the culinary director. He also partnered with hip-hop star, Ludacris, to open Chicken + Beer, which is also in the airport. In his decades-long career, Richards has cooked almost every cuisine there is before returning to his roots. In his cookbook, Richards gives his readers a personal look into the culinary inspirations behind some of his most well-known dishes.
Get the book

'The Dooky Chase Cookbook' by Leah Chase
Born to Catholic Creole parents in the early 1920s, Mrs. Chase is a living legend. Often referred to as the "queen of Creole cuisine," Chase's New Orleans restaurant Dooky Chase has been an institution for almost eighty years. If you can get your hands on a copy, "The Dooky Chase Cookbook" gives readers access to some of the restaurant's most iconic dishes. Think thick, meaty gumbos, red beans and rice, and turtle soup.
Get the book 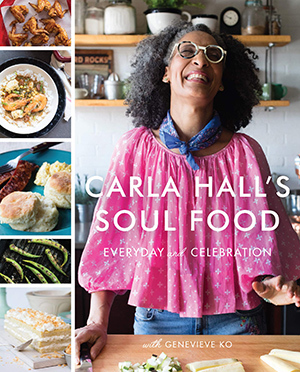 'Carla Hall's Soul Food: Everyday and Celebration' by Carla Hall
Former co-host of ABC's The Chew and a beloved Top Chef contestant, Carla Hall is no stranger to stealing hearts. Hall has published two previous cookbooks, but her most recent effort, on soul food, might be her most personal. In this book Hall invites readers into her childhood in Nashville and helps to anchor her story in the larger narrative of African-Americans in the South. The effect is a book that is full of both delicious recipes and culturally significant stories.
Get the book

'LaBelle Cuisine: Recipes to Sing About' by Patti LaBelle
Who doesn't remember the viral sensation of Patti LaBelle's sweet potato pie when it was made available at select Walmart stores? It proved that LaBelle is more than just a pop culture icon — she's also a fabulous cook. Her cookbook, "LaBelle Cuisine: Recipes to Sing About," was released in 1999 and instantly shot to the top of the charts and into the hearts of African-American families across the country. (And good news, LaBelle pie fans, we hear she's got a brand new buttermilk pie available at Walmart this month.)
Get the book 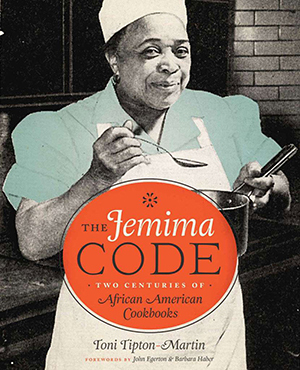 'The Jemima Code: Two Centuries of African American Cookbooks' by Toni Tipton-Martin
"The Jemima Code" is a unique combination of historical anthology and cookbook. Written by food historian Toni Tipton-Martin, this book focuses on the various ways African-American women have contributed to the world of cooking, while at the same time challenging the racial stereotype of the "Aunt Jemima" woman. The book features snippets of over 150 works thought to have been written by black women over the course of over 190 years.
Get the book


'Grandbaby Cakes' by Jocelyn Delk Adams
Jocelyn Adams is a self-taught baker whose book showcases the important place that baking holds for many black families. Adams' book highlights her own grandmother's famous recipes, as well as some of her own. While Adams' grandmother has since passed, her recipes live on in this highly-accessible book full of time-treasured recipes that are sure to awaken your inner baking enthusiast.
Get the book 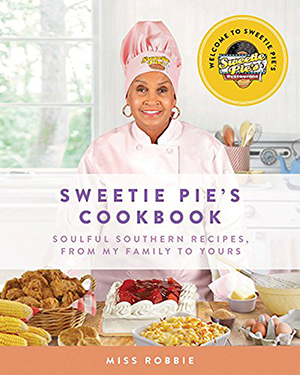 'Sweetie Pie's Cookbook: Soulful Southern Recipes, from My Family to Yours' by Robbie Montgomery
Robbie Montgomery, the owner of the uber-popular bakery, Sweetie Pie's, and the star of a reality show of the same name, has finally gotten around to writing a cookbook. Montgomery — the oldest of nine children — was born and raised in Mississippi, where she learned to cook at her mother's side. In her book, Montgomery takes her readers through some of the most beloved soul food recipes, like salmon croquettes and smothered pork chops, all the while placing her story in the tumultuous Civil Rights era.
Get the book