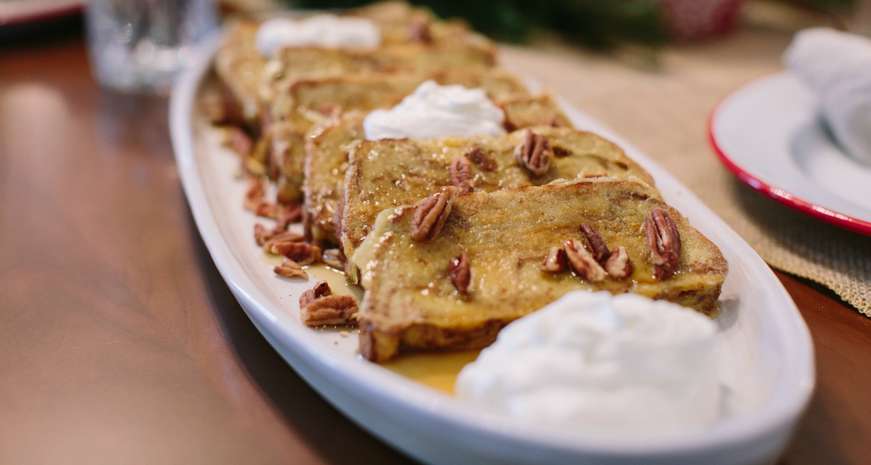 It’s often said that breakfast is the most important meal of the day. Why, then, is there often so little time in the mornings to prepare a delicious breakfast?

Clinging to those last few precious moments of sleep, preparing the kids for school or getting ready for work yourself evaporates the time you might have to be your own personal short-order cook. With some planning and cooking a day or two prior, you can enjoy a tasty breakfast with minimal cooking on the morning you’re ready to eat. These five recipes are perfect for folks on the go.

Bread Pudding French Toast
French toast can be a snap to make, but it often needs a little … something. Even with a flavorful custard base, spiked with vanilla extract and warming spices, brioche and challah never seem to truly absorb those flavors, leaving maple syrup to do the heavy lifting. Cram more flavor into French toast by first preparing a rich bread pudding the day before. Chill the bread pudding, then cut it into slabs, dunk it in a traditional custard, then cook in the same manner as French toast. The time-consuming part of this breakfast occurs the previous day, so cooking the French toast only requires about 15 minutes.
Get the recipe

Instant Pot Oatmeal with Dried Fruits
Better living through technology. Using the pressure cooker function of an Instant Pot will completely cook steel-cut oatmeal in only six minutes at high pressure. Get ahead for the week by preparing a large batch of oatmeal, then add a touch of regular or almond milk when reheating to recapture its creamy consistency. If you don’t mind repeating similar flavors throughout the week, add fresh fruit, such as apples, cranberries or blueberrie, during the cooking process. The fruit will cook down and its natural sweetness will intensify; add additional fruit after cooking for fresh, tart contrast.
Get the recipe 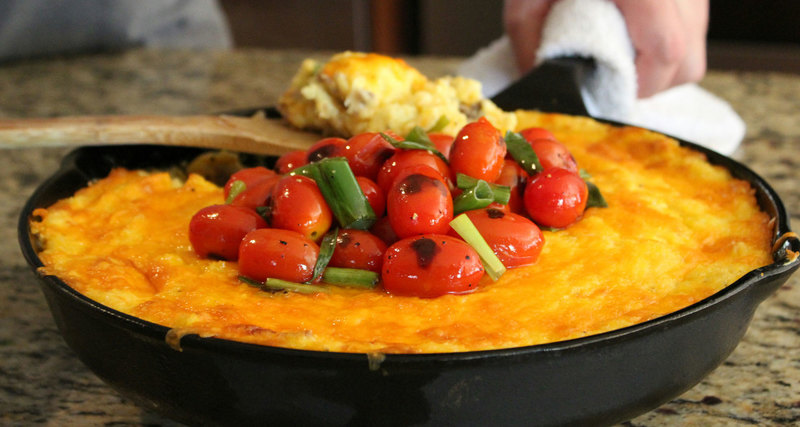 Southern Kitchen Breakfast Casserole
Cooking grits, sausage and eggs separately takes more time than many people have in a normal morning. However, a layered breakfast casserole made up of all three components can be cooked in advance and reheated in a flash. Once the basic building blocks of the casserole are in place, customize it with additional flavors, such as adding jalapeño peppers to the grits, or pumping up the pork quotient with diced ham and cooked bacon in the filling.
Get the recipe 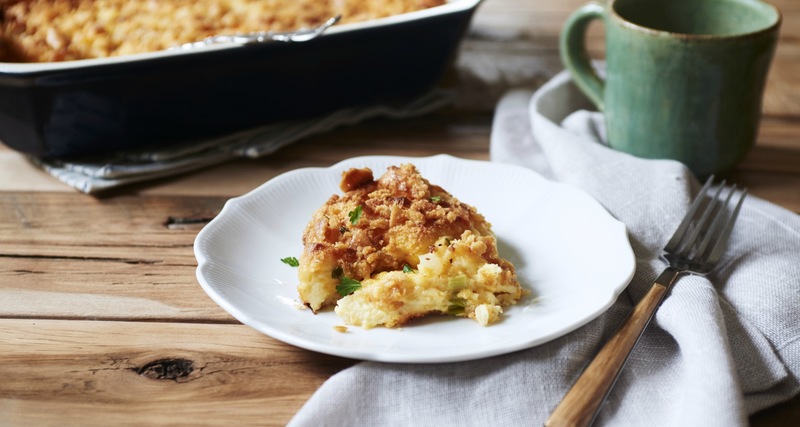 Anne Byrn's Make-Ahead Breakfast Strata
With elements of a classic breakfast and a savory bread pudding, this strata from cookbook author Anne Byrn actually improves when made in advance. Named for its layers, strata uses bread to as a base, which absorbs all the flavors with which it is paired. Prepare the strata in a casserole dish the day before, then bake in the oven when ready to eat. Once baked and chilled, the strata can be portioned and reheated for a quick breakfast on the go.
Get the recipe 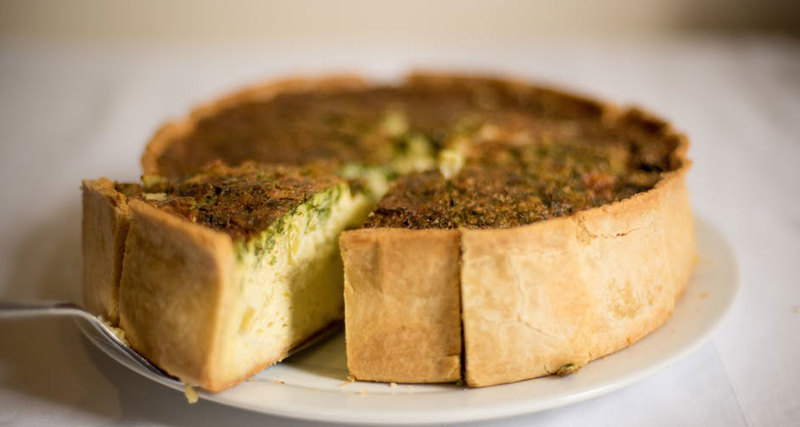 Crab and Spinach Quiche
Equally perfect for an elegant brunch or for a quick, filling weekday meal, this quiche needs time for the crust to brown and the eggs to set after baking. Make it on a Sunday and eat it throughout the week. Mild spinach is a subtle counterpart for the sweet crabmeat, and the cheese never becomes overwhelming to the other flavors in the quiche. Cook the quiche gently to ensure no air bubbles form and the eggs remain lush and dense. If time permits, reheat gently in the oven before serving.
Get the recipe