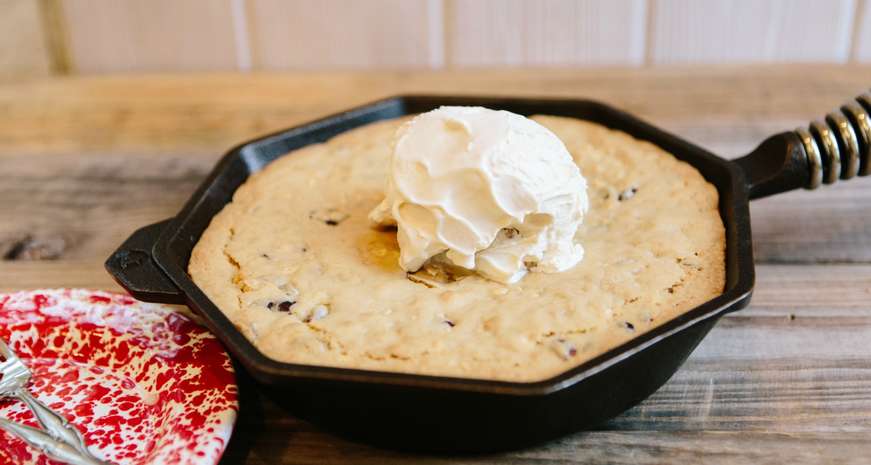 5 foods you should never cook in a cast iron skillet

With proper care and upkeep, cast iron skillets can survive generations, and in some instances, even centuries of regular use. And while we love to cook just about anything in our Smitheys and FINEXes, there are a few foods we always avoid. Here's what not to cook in cast iron.

There are two main reasons why you'd want to avoid dropping a food in your prized skillet. Some foods will react with the actual cast iron, which can strip seasoning and impart an undesirable irony flavor in your food. Other foods will, quite simply, stick to the skillet, even when it is well seasoned.

Tomatoes
Who doesn’t love a long-simmered tomato sauce made with love? Unfortunately, cast iron doesn’t share the same warm and fuzzies about tomatoes. As tomatoes break down, metallic flavors from the pan will leech out into the sauce. Yum! The good news is that those iron-y notes don’t start to arrive until around the 30-minute mark, so long as you’re not cooking tomatoes in your cast iron pan for an extended period of time, you should be able to avoid a metallic sauce. But just to be on the safe side, we always break out the stainless steel when we're in the mood for marinara — you should, too. 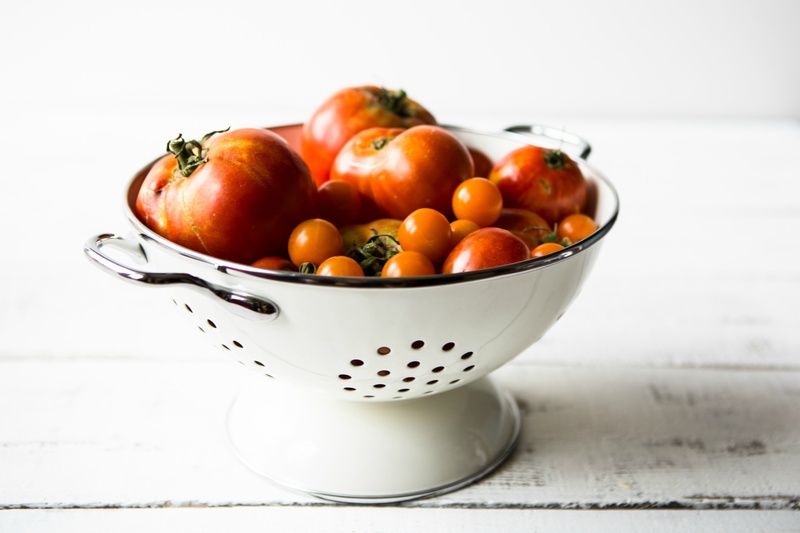 All other highly acidic foods
Lemon juice, wine and vinegar can all spell bad news for that nearly-nonstick surface you worked so hard to maintain. Anything with a high level of acid can strip off even the most hard-won seasoning. Much like tomatoes, these ingredients also have the tendency to pull off tiny metal particulates from the pan, which then impart their metallic flavor into your food.

Eggs
There’s a good reason why manufacturers produce pans specifically for omelets: That 100-percent nonstick surface makes it easy to pull off perfect eggs, every time. While well-seasoned cast iron does have some nonstick properties, omelets and scrambled eggs almost always stick to the surface of the pan. Any eggs that require a flip — over easy through over hard — are also far more likely to end up on your plate with a broken yolk. Finally, since cast iron retains heat so well, any style of eggs are more likely to brown and overcook. Avoid cast iron altogether with eggs and opt for a thinner, nonstick skillet. 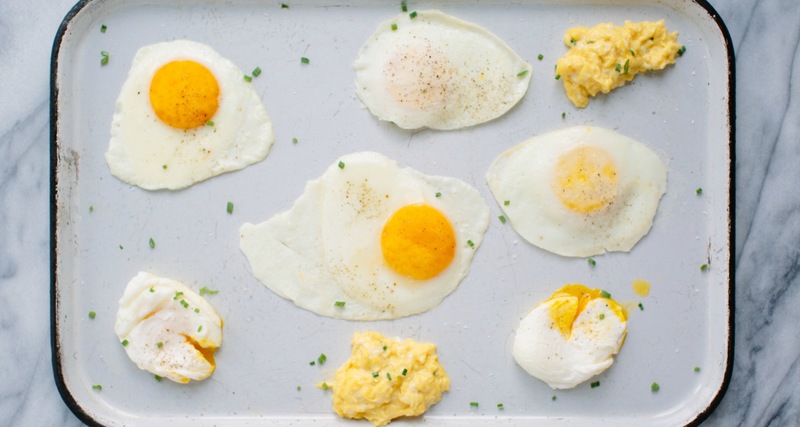 Delicate Fish
Cast iron can be a fantastic surface on which to cook a piece of fish. Durable swimmers like swordfish, tuna, mahi mahi and wahoo achieve a beautiful crust when cooked on hot cast iron. Even slightly thinner fish, such as catfish and trout, often hold up well. But the most delicate fish — sole, flounder and even salmon — all have the tendency to stick. High heat transfer is essential to ensuring that foods release easily from their cooking surface, and since cast iron is a relatively poor conductor of heat, delicate fillets can easily break apart when you attempt to flip them. Instead, try carbon steel. 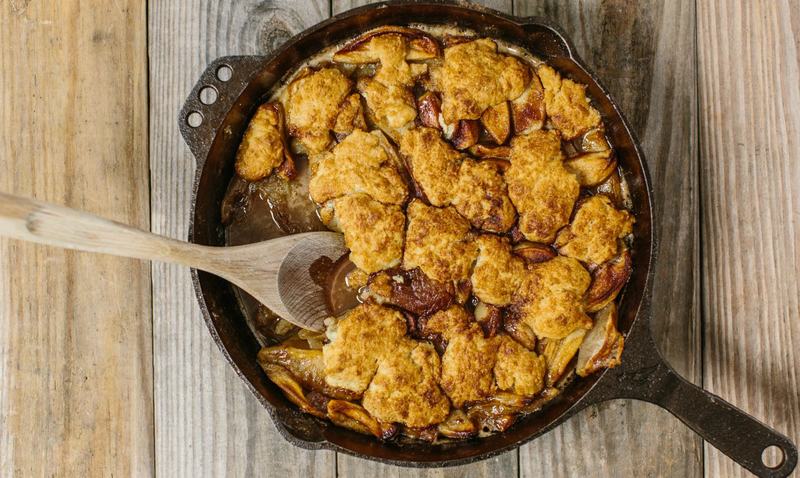 Sticky Desserts (Unless your pan is very well-seasoned)
Don’t be afraid to bake desserts in a cast iron skillet. However, you’ll have more sweet success after you’ve taken the time to thoroughly develop a deep seasoning on your pan. This means lots of steaks and bacon to start. Avoid crossing the dessert threshold for the first time with stickier confections, such as cobblers, crisps or crumbles. These almost always leave behind some type of syrup-coated crumbs, which automatically require soap and scrubbing — a natural enemy of your pan’s seasoning. Once you feel your seasoning is there to stay, try a dessert that’s a touch dry, such as a skillet cookie or pound cake.