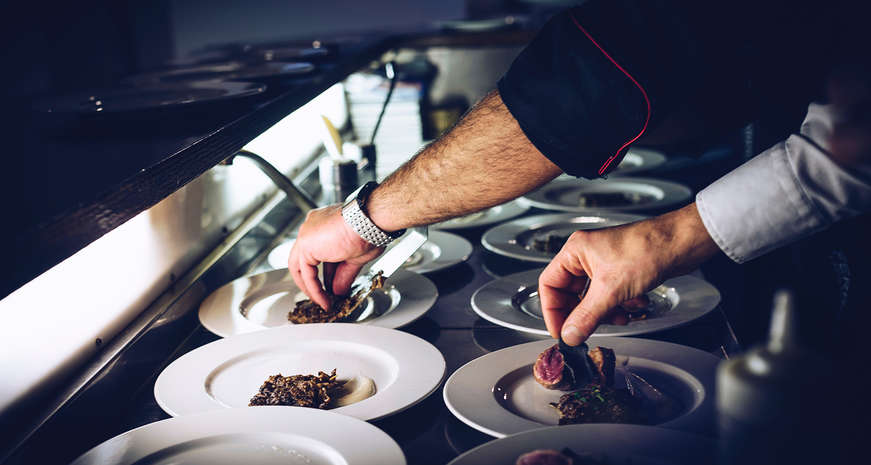 Sometimes the food we find on Instagram is almost too pretty to eat. If you don’t have enough mouth-watering pictures of Southern food coming up in your Instagram feed, we’ve got you covered — we found some of the best chefs in North Carolina to follow on Instagram. These Southern chefs come from different backgrounds and their Instagram accounts offer a peek into their lives both in and out of the kitchen. Find out their tips and tricks, and maybe even find some inspiration for your own cooking. 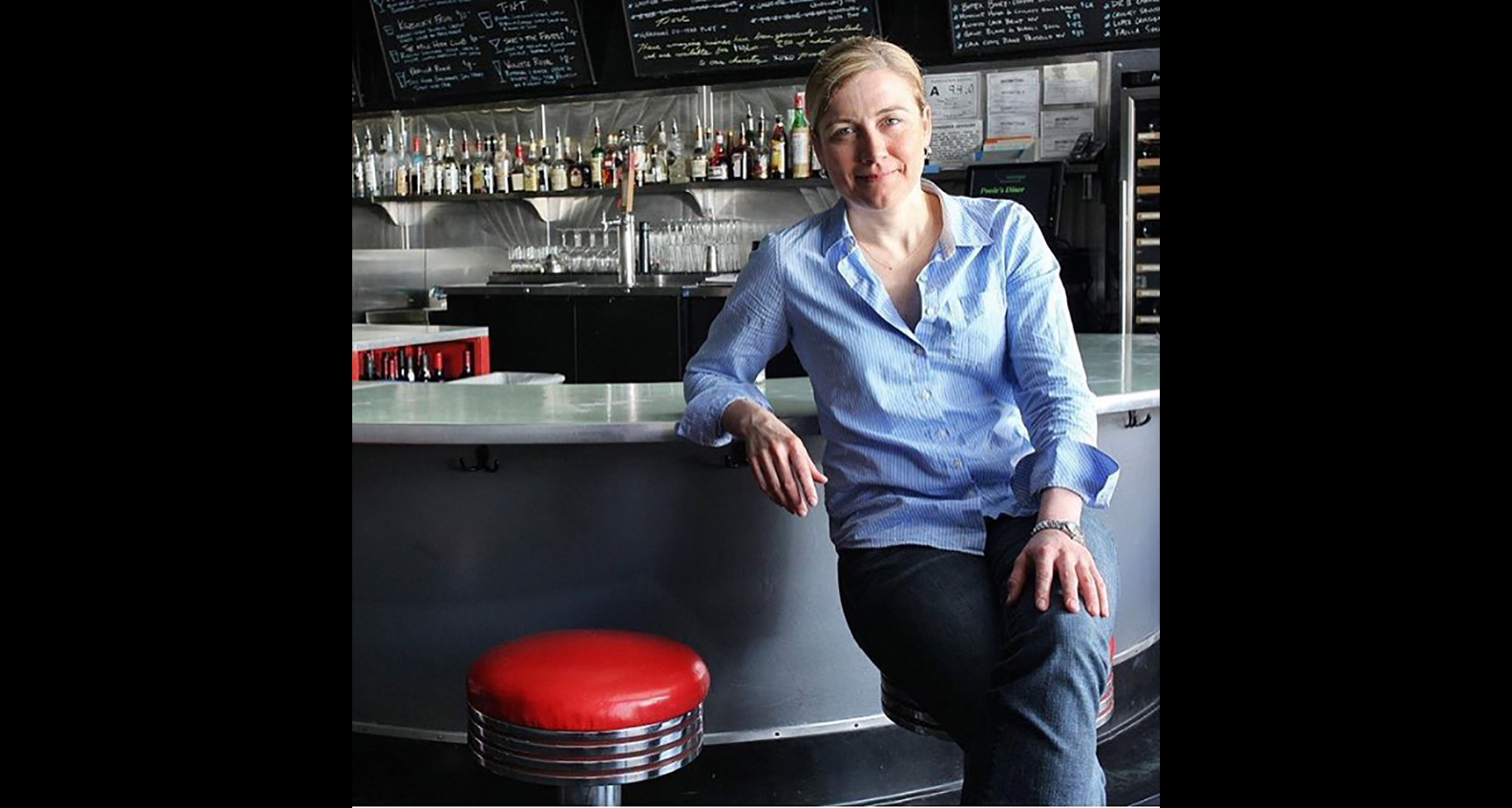 Between running six restaurants and writing a cookbook, chef Ashley Christensen is a very busy woman, and an award-winning chef at that. In 2014, she was awarded the James Beard Award for Best Chef: Southeast and, more recently, she was named Eater’s Chef of the Year for her contributions in transforming the Raleigh restaurant scene, advocating for gender equality and tackling sexual harassment in the restaurant industry. She uses her Instagram to showcase ingredients transforming into delicious dishes, veggie stocks sizzling in giant pots, and plenty of cocktails.

Christensen also isn’t afraid to post her opinions on her feed. Just last week she called out a follower who told her to “just cook and be quiet” on a happy birthday post to First Lady Michelle Obama. She responded with a post that made it clear she wouldn’t keep her head down. 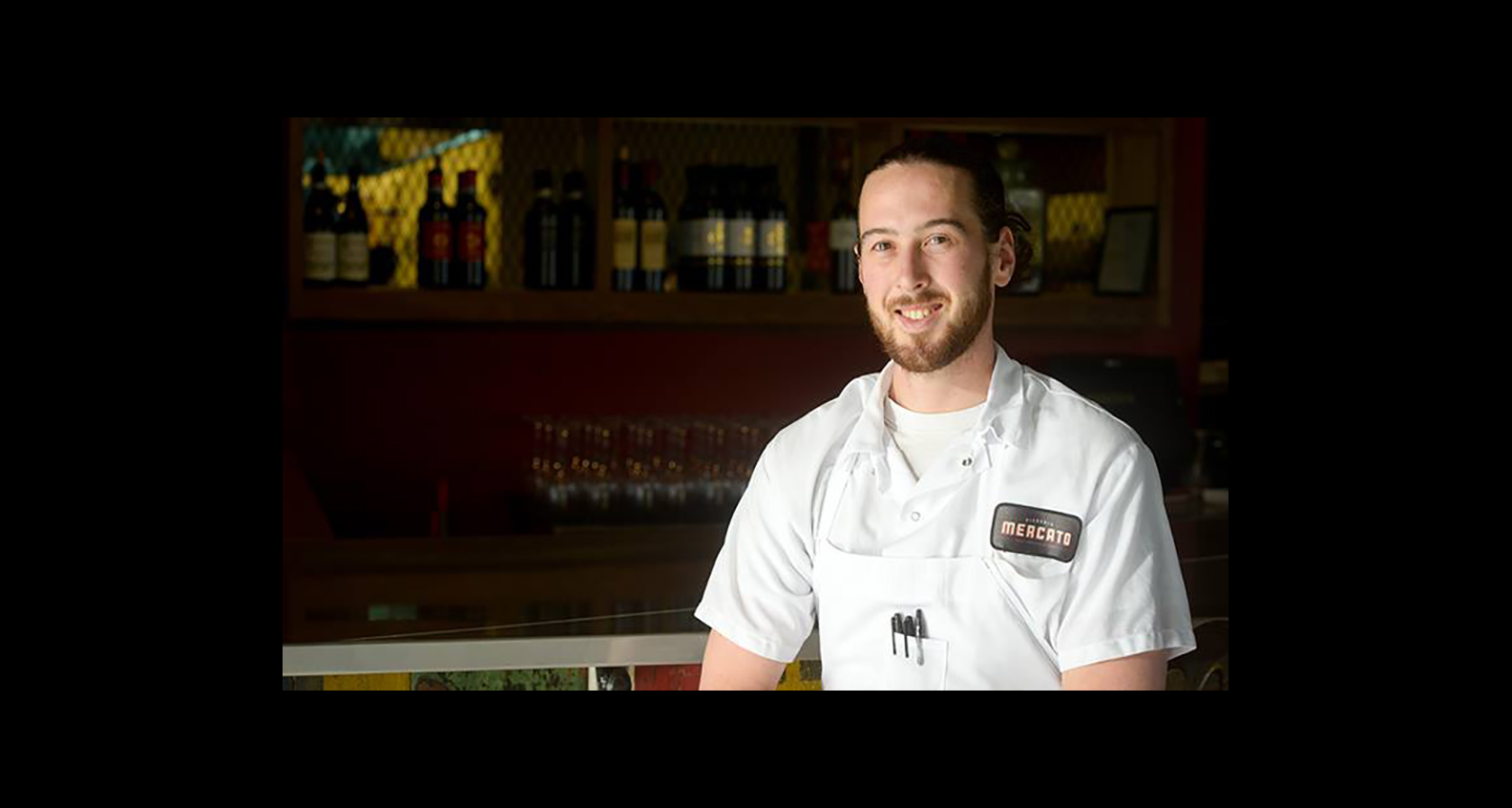 Named as a 2017 James Beard award semifinalist in the Rising Star Chef category, chef Gabe Barker is turning heads in the South. At his restaurant, Pizza Mercato, he uses locally-sourced ingredients to create Neapolitan-style pizza and Italian-inspired dishes. Barker comes from a family of chefs, who helped him open Pizza Mercato. His father, Ben Barker, won Best Chef Southeast in 2000, and his mom, Karen Barker, was awarded Outstanding Pastry Chef in 2003. On his Instagram, you’ll often find pizza, eggs and flour preparing to be turned into fresh pasta — plus the occasional octopus. 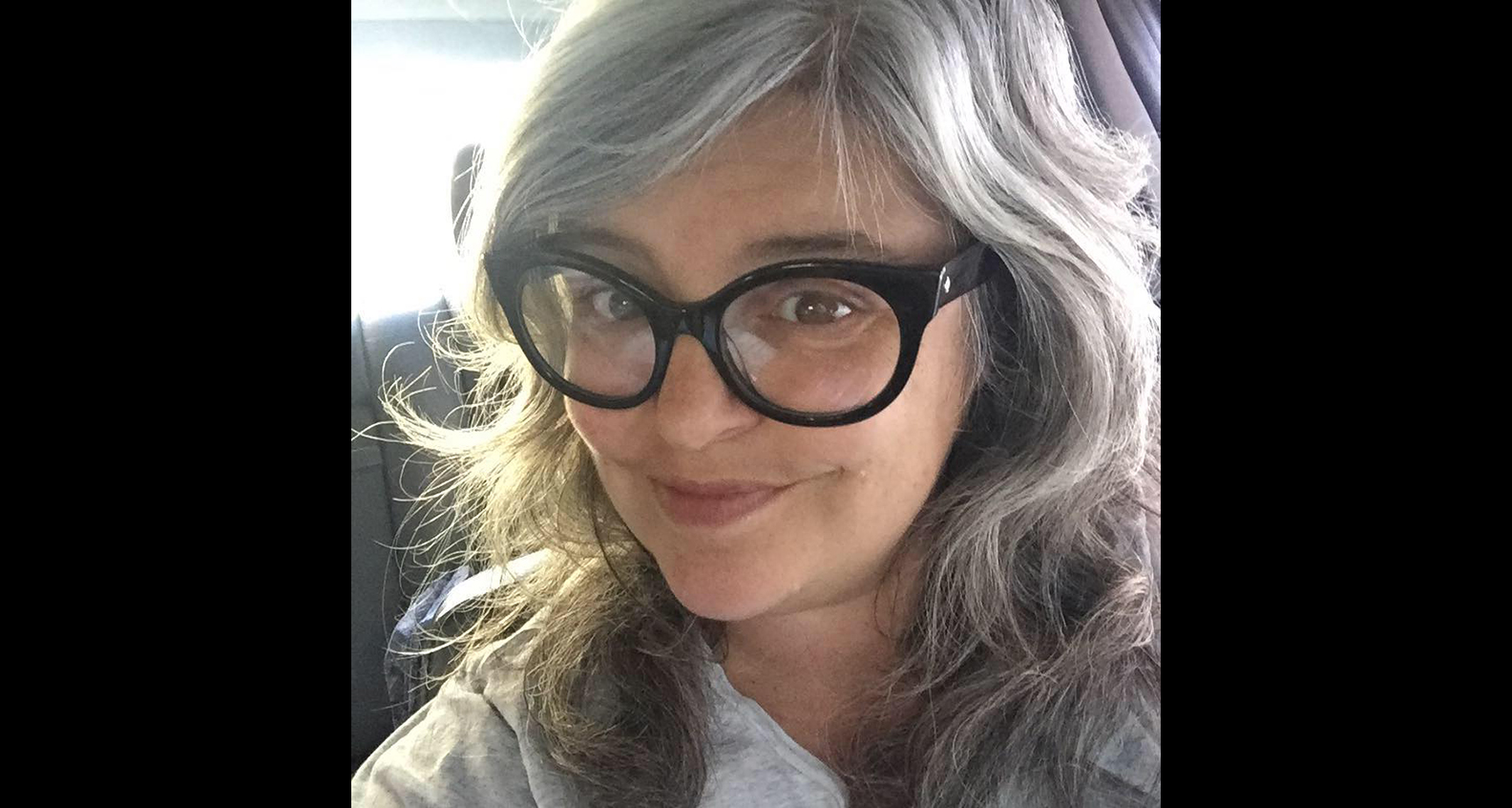 Chef Phoebe Lawless, a four-time James Beard award semifinalist, is one of the best bakers in the country. At Scratch Bakery, she uses local ingredients to create both savory and sweet treats. Last year, Lawless opened a new restaurant, The Lakewood, to show off her cooking skills. On her Instagram, Lawless likes to show what she’s eating and drinking, and she also shares life outside of the kitchen with her family. 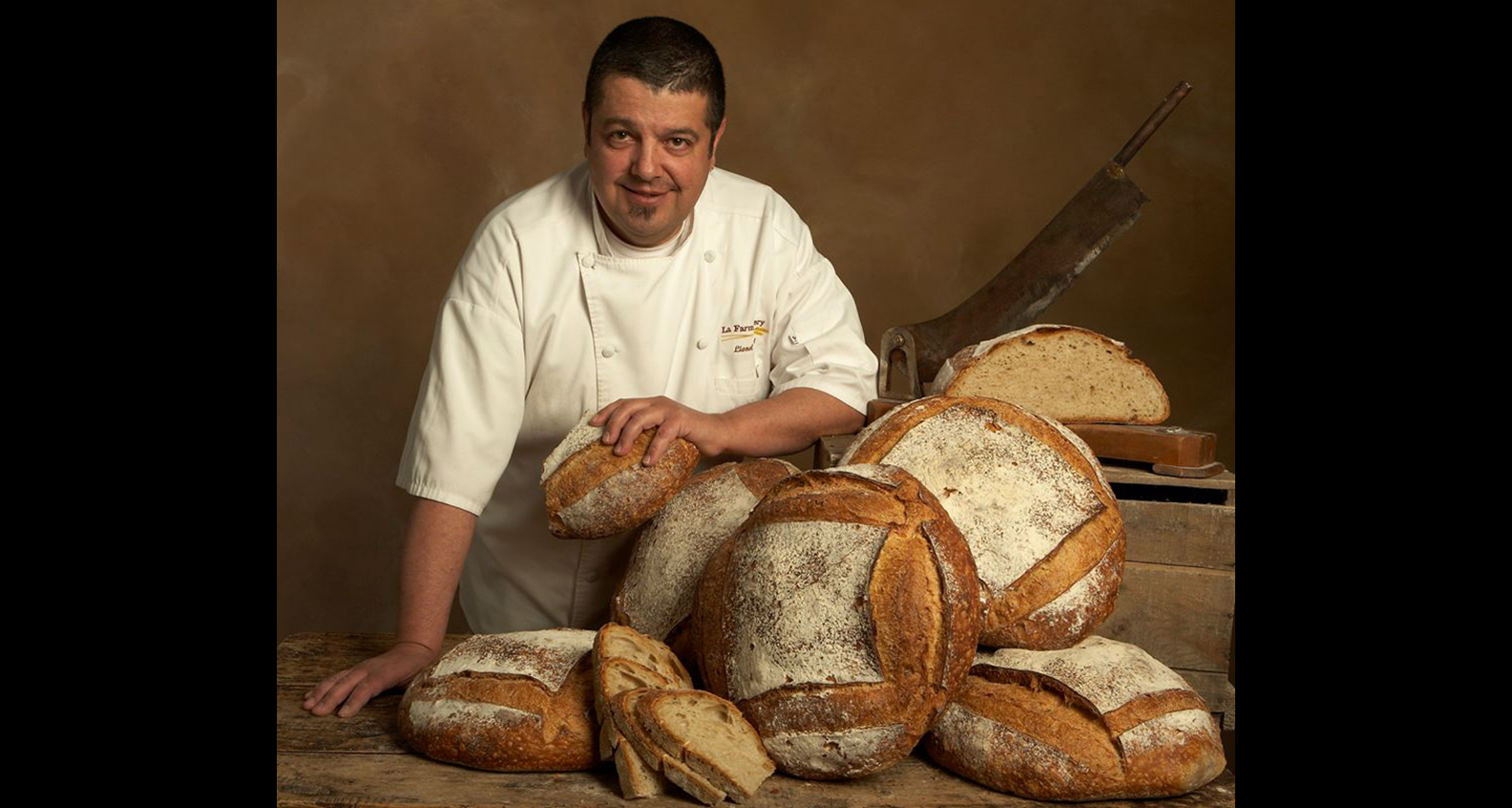 Chef Lionel Vatinet is one of the best bread bakers in the country. He has been a James Beard Award semifinalist and is known for his high-quality bread. At La Farm Bakery, Vatinet not only creates artisan bread, but he also bakes sweet treats. Between loaves of bread going into the oven to a new way to make a toasted pastry, his Instagram will make you drool. 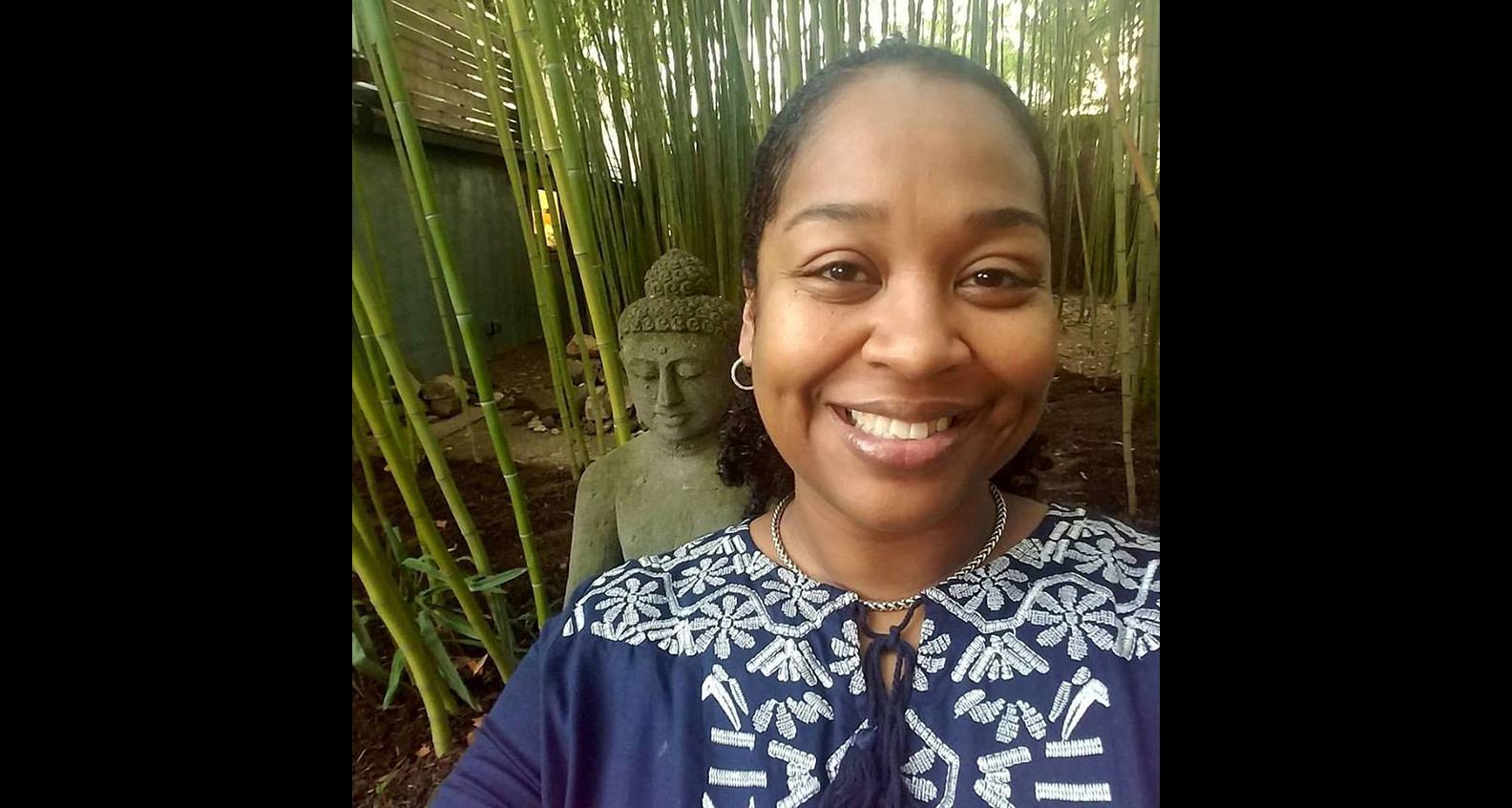 Baker Rhonda Jones is the creative mind behind Chez Moi, an unconventional bakery in Durham, North Carolina. The bakery, which has an online shop and food truck, is known for its rum cake and other sweet treats, but even with a French name, it doesn’t sell French desserts. Jones shares where the food truck will be, along with the sugary treats that will be available, on her Instagram feed. One of the desserts we want to try is her brown sugar vanilla ice cream cake, a rum cake split in half and filled with a layer of salted butter caramel ice cream. Yum! 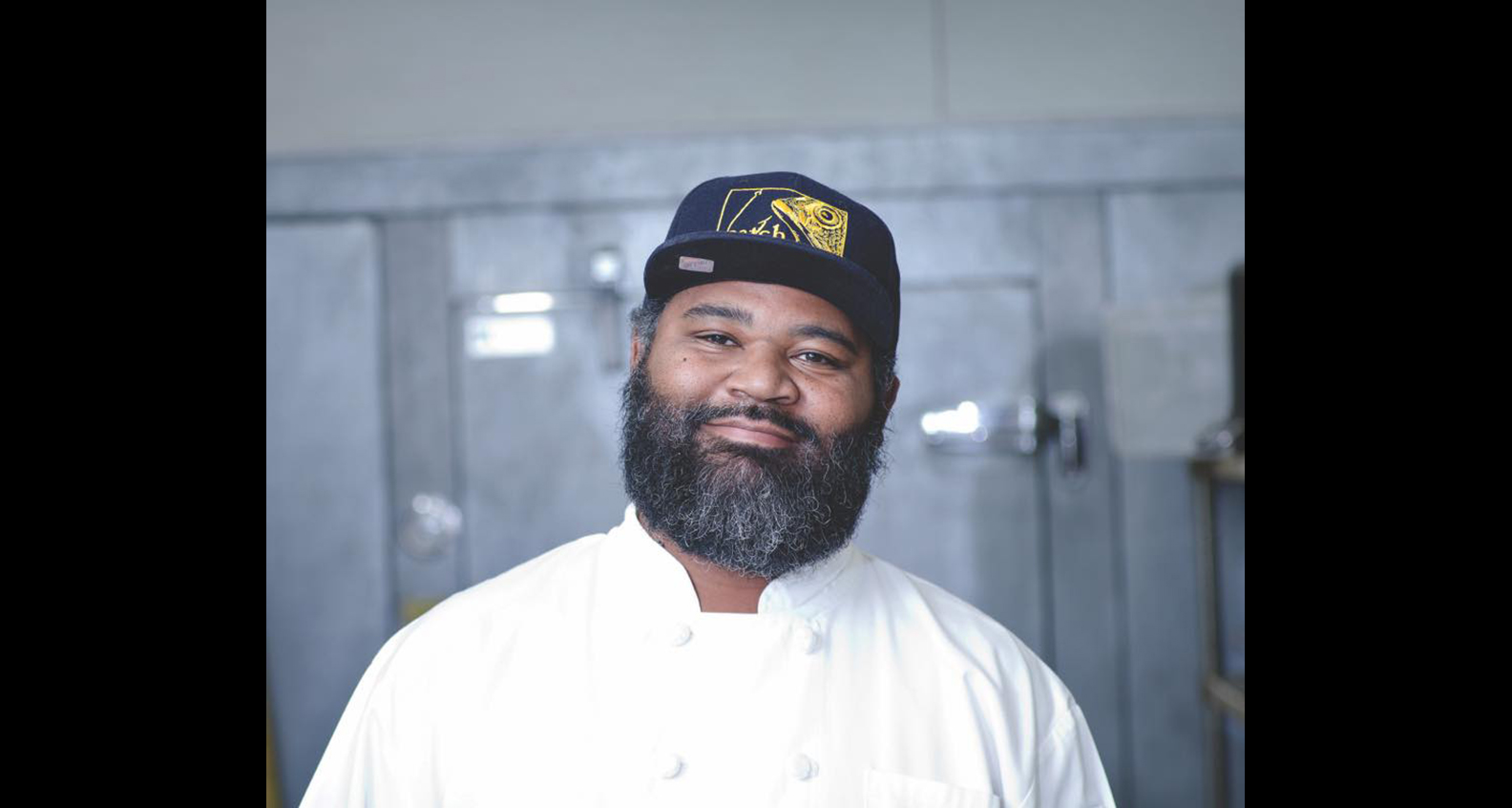 For over a decade, chef Keith Rhodes has been creating seasonal dishes that highlight North Carolina seafood at Catch. Using heirloom vegetables and local fisheries, Rhodes’ creativity is displayed on the plate. He is a James Beard Award nominee and appeared on Bravo’s "Top Chef" in 2011. On his Instagram feed, Rhodes shares pictures of what’s happening in the kitchen, rainbow-colored produce and meat fresh out of the oven. 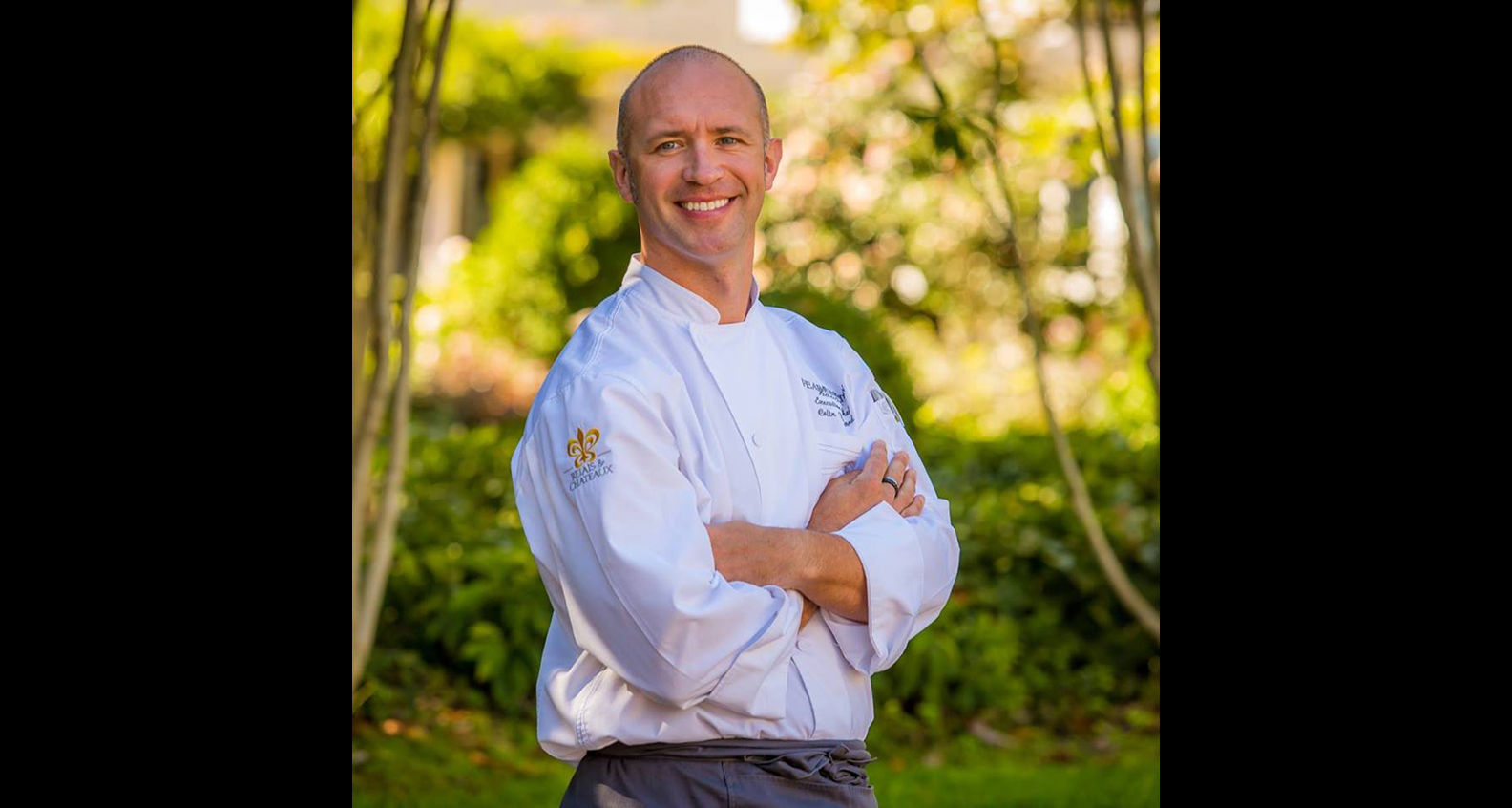 Originally from England, chef Colin Bedford brought his cooking skills to Fearrington Village in 2005. His focus on farm-to-table cuisine translates into house-made jams and house-cured meats. On his Instagram feed, Bedford shares pictures of beautiful dishes displayed on clean white plates, travels around the world (check out his pictures of the ocean), and his charity contributions through Chefs Cycles and No Kid Hungry. 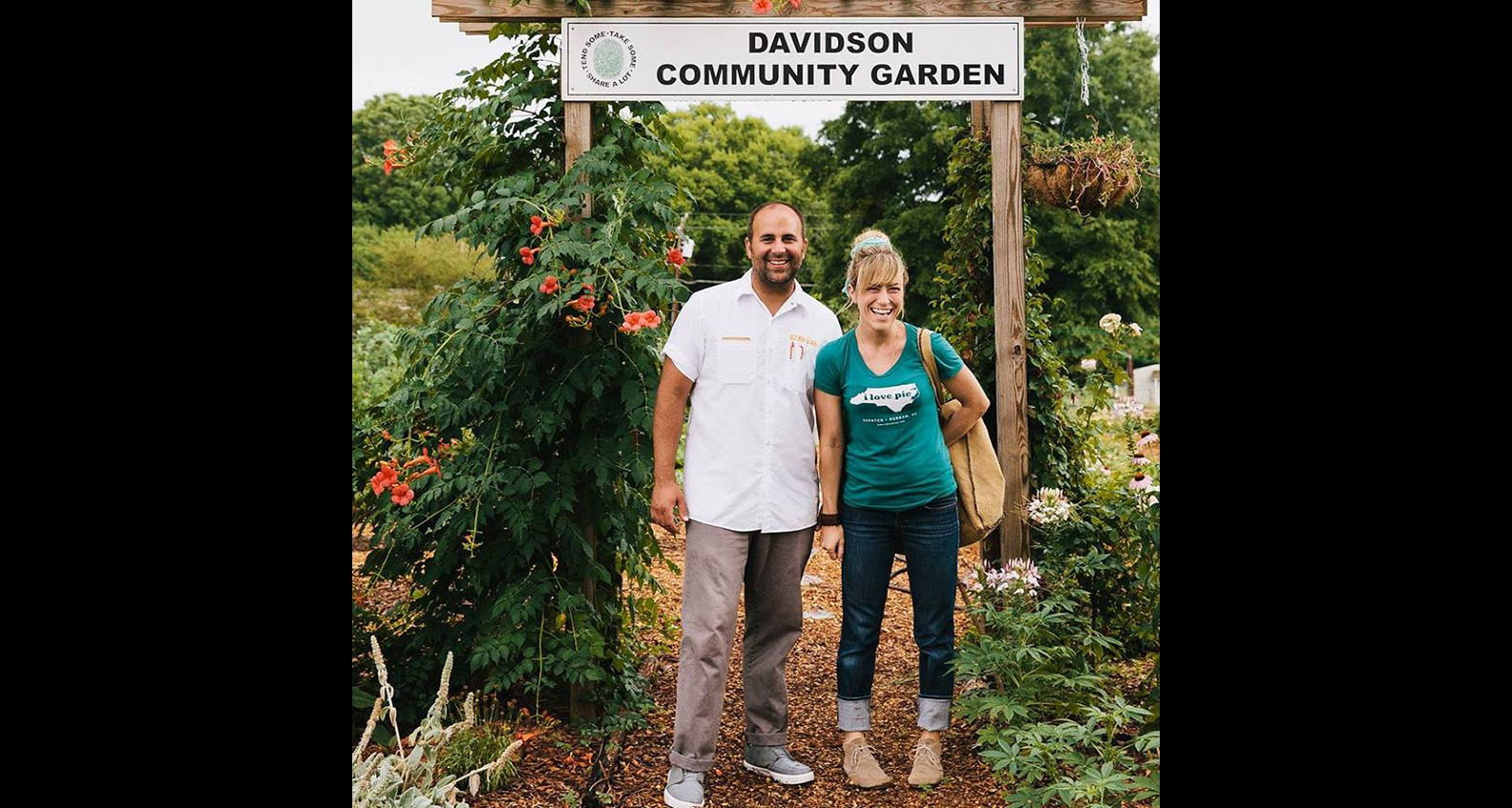 The husband and wife duo, Joe and Katy Kindred, must be doing something right. Their seasonlly-driven restaurant,  Kindred, has made Bon Appetit’s best new restaurant list, Joe was named a James Beard Award semifinalist last year, and Charlotte Magazine named them number one on their list of 50 best restaurants in Charlotte. On their Instagram feed, the pair shares pictures of the bright interior of Kindred, cocktails currently on the menu, and the dishes they are creating in the kitchen. 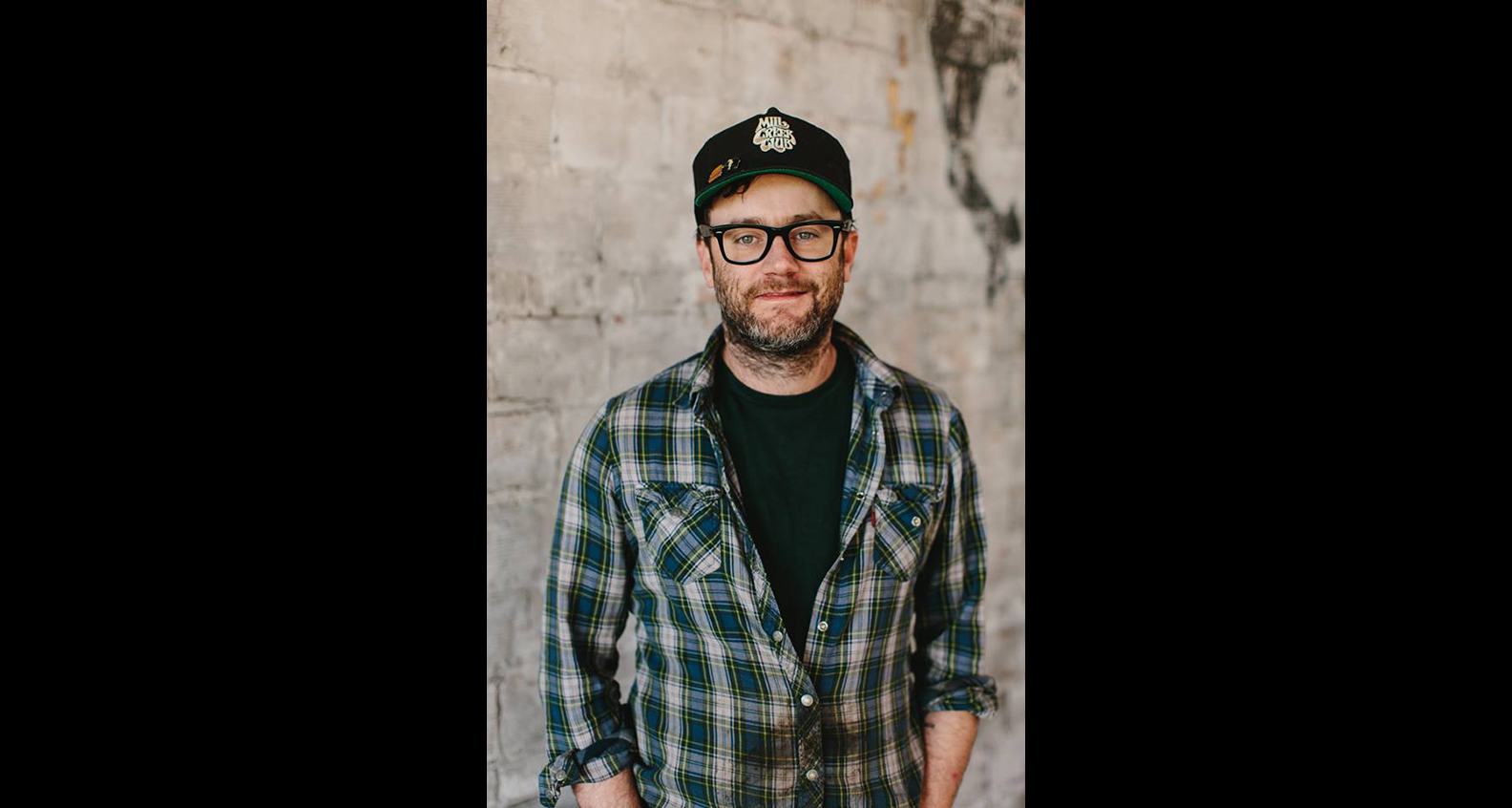 Chef Elliott Moss has been a part of the Asheville food scene since 2007. He earned a James Beard Award nomination for Best Chef Southeast in 2013, and his Buxton Hall Barbecue was named as one of Bon Apetit’s top 10 best new restaurants in 2016. With wood-roasted duck breast to thick slices of brisket, his Instagram feed is definitely for carnivores. 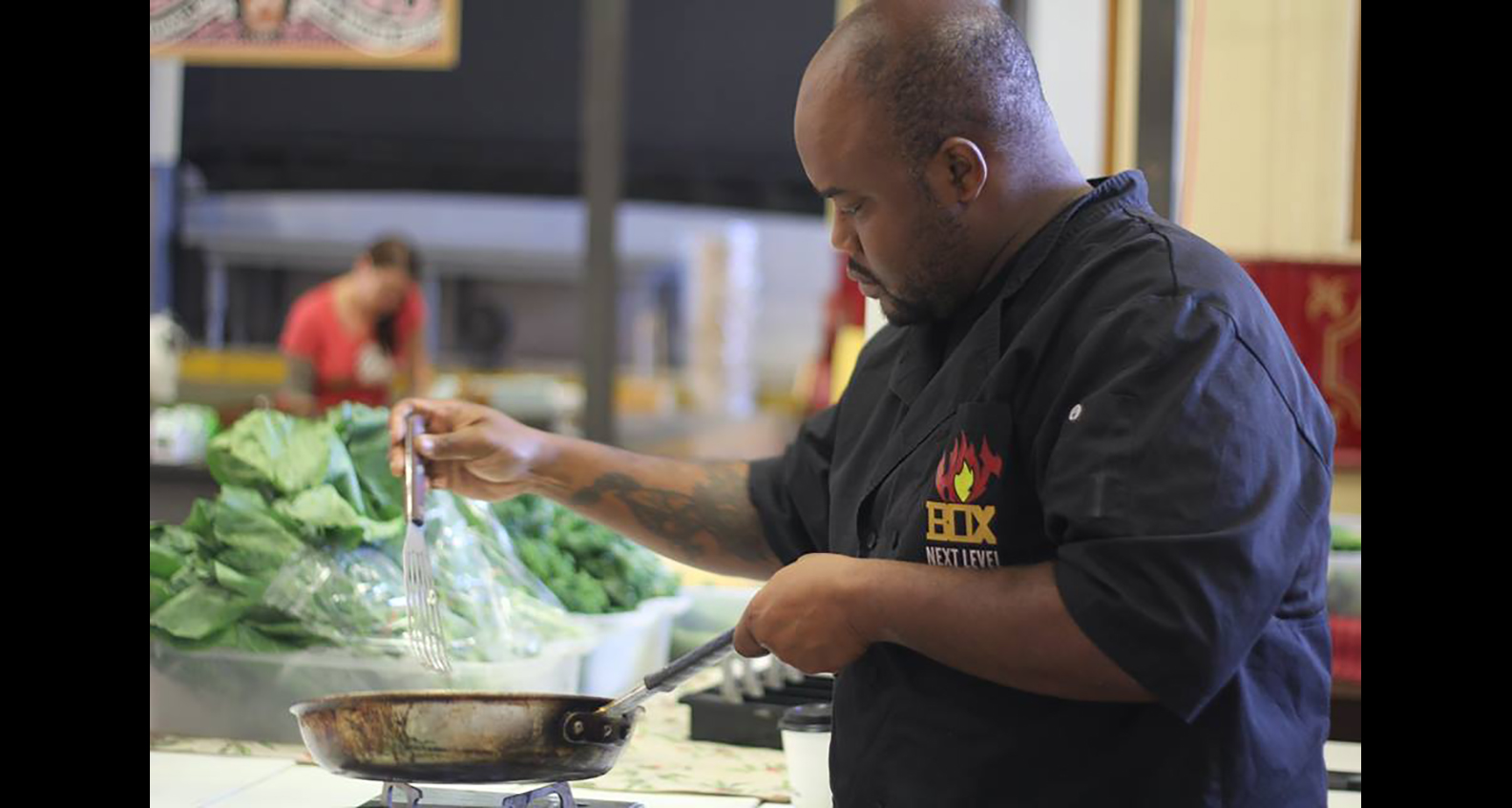 Cooking is in chef Michael Bowling’s blood. He has fond memories of growing up in Chattanooga, Tennessee, where his mom cooked and his family gathered around the kitchen. “When he was eight years old, his mom’s cooking was published in the Fannie Farmer cookbook,” wrote Charlotte Magazine. Last fall, Bowling joined chefs Jamie Barnes and Gregory Collier to showcase African-American chefs in Charlotte in a dinner series titled Soul Food Sessions. On his Instagram feed, Bowling shows off Southern-inspired food, such as black tea brined turkey, along with his adorable Rottweiler, Gabe. 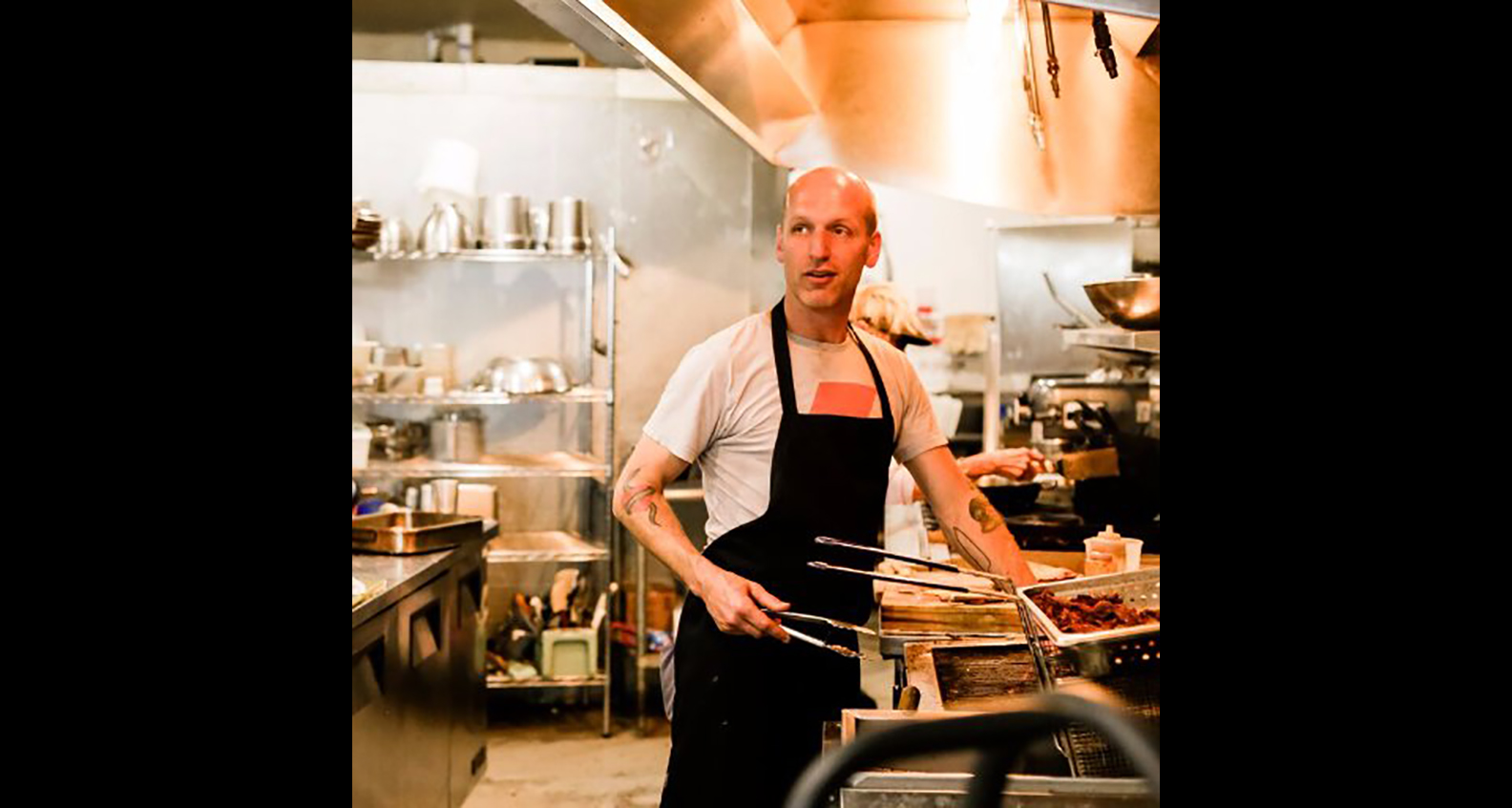 Chef Nate Allen brings his love of food and entertaining together at Knife & Fork. Allen’s cooking highlights local produce on a menu that changes daily. Allen is a jack-of-all-trades, and on his Instagram feed he shares photos of everything from a plate of oysters to piping pate de choux for eclairs. 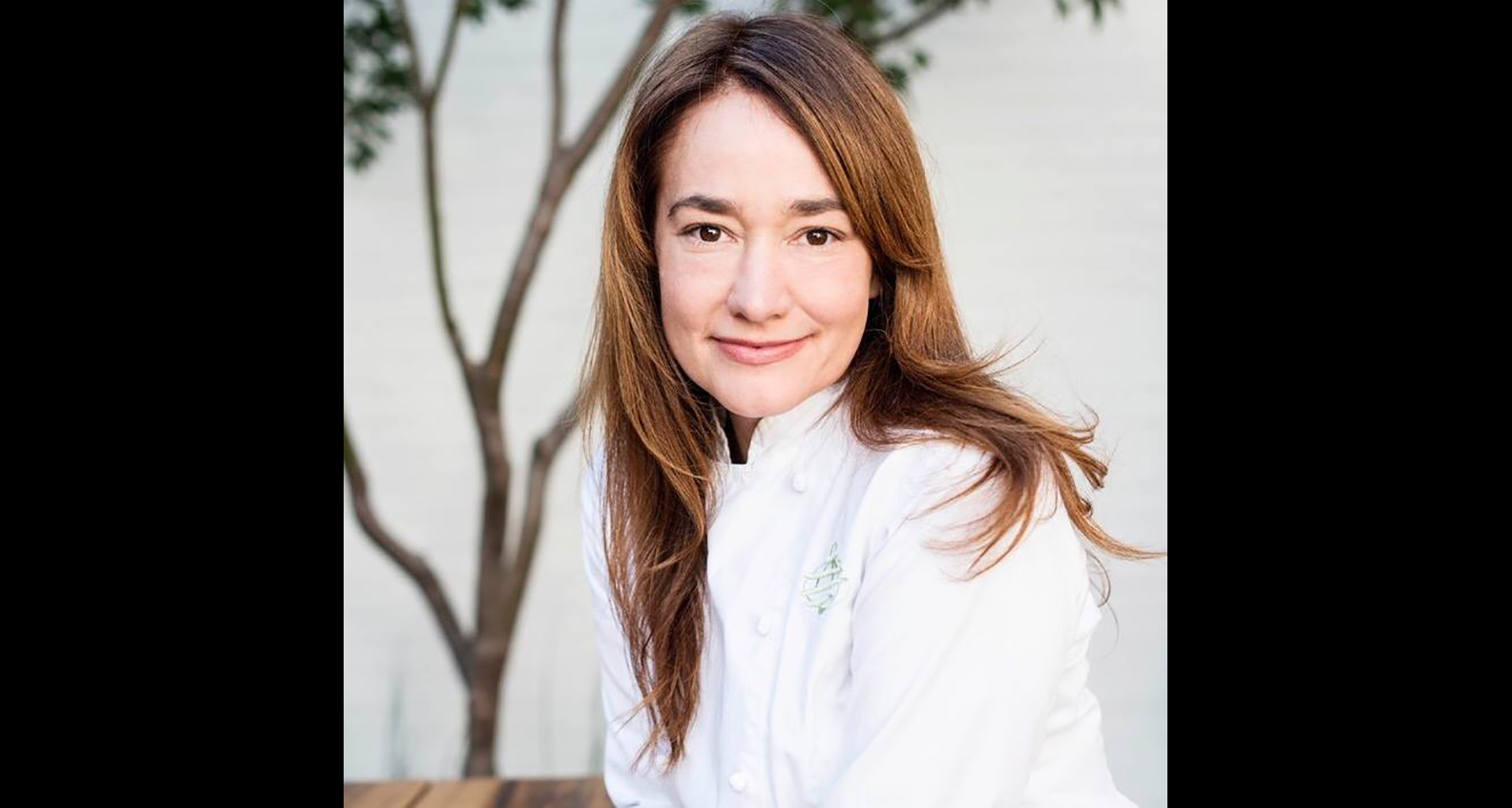 As an award-winning chef and cookbook author. Andrea Reusing is known for crafting her meals around fresh and sustainable ingredients. Her restaurant, Lantern, has been named as one of the best farm-to-table restaurants in the country and her cookbook, "Cooking in the Moment," brings her farm-to-table concept to home cooks. On her Instagram feed, Reusing shares videos of flaming baked Alaska and sizzling marrow, along with pictures of fresh lobster, snowy landscapes and her travels. 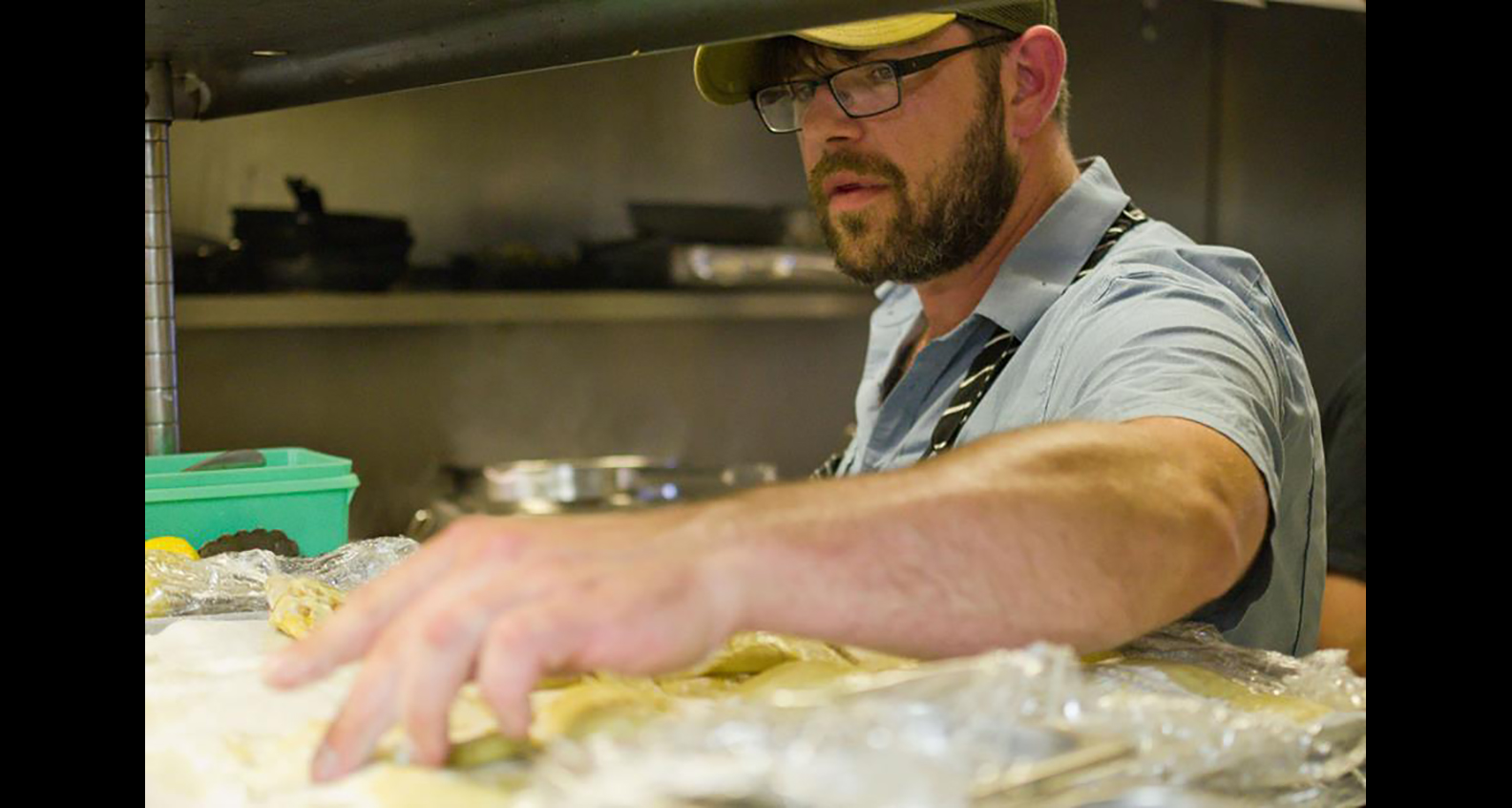 Chef Brian Canipelli grew up in Atlanta and, after graduating from Johnson and Wales in Charlotte, moved to Asheville. After working his way through different kitchens in the city, Canipelli opened Cucina24 in 2008. At Cucina24, his menu gleans inspiration ifrom Canipelli's Italian and Southern roots. On his Instagram feed, you can expect to see detailed pictures of trippa (or tripe), octopus and red flint corn. 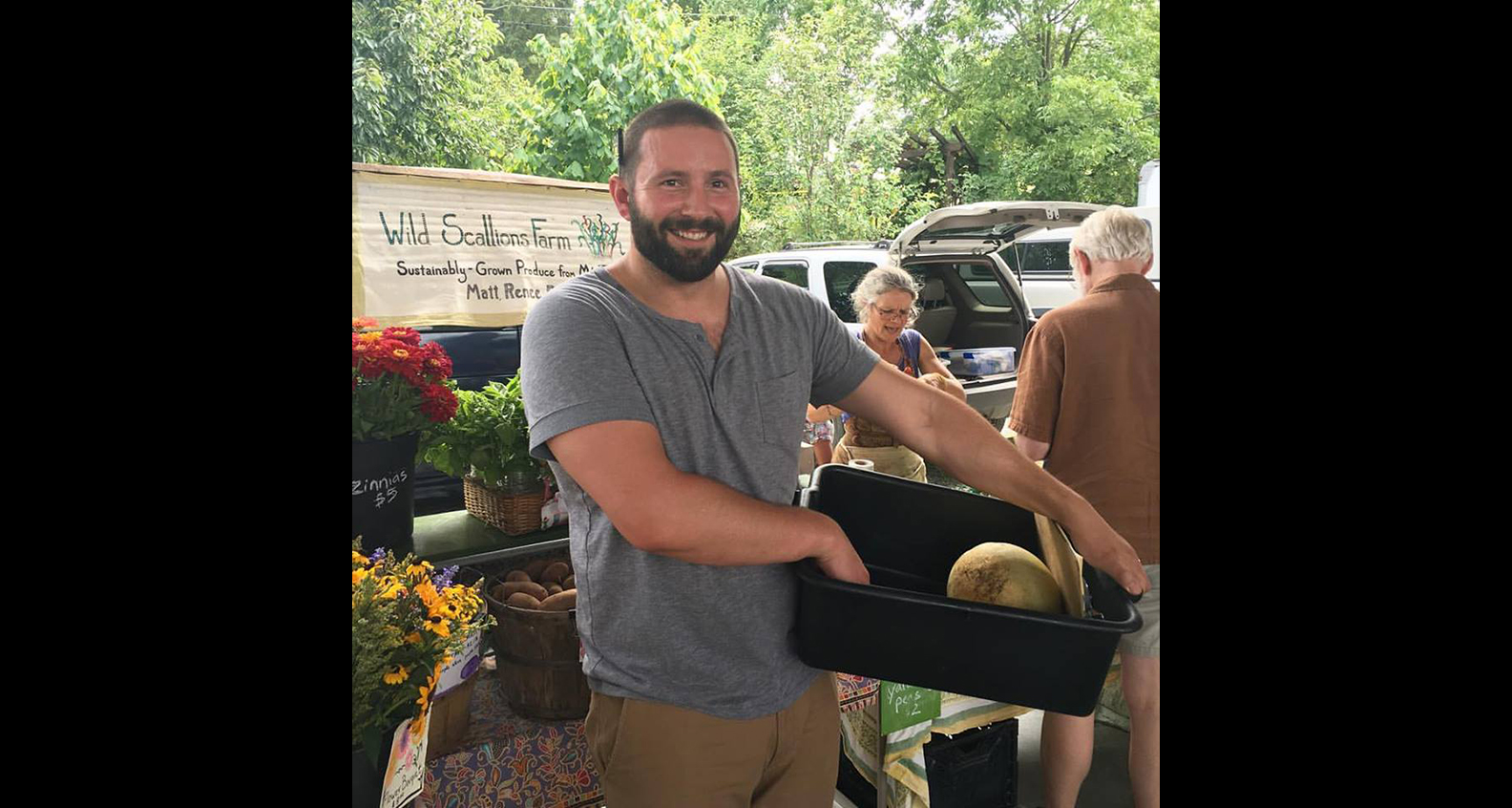 Fans of Vivian Howard’s "A Chef’s Life" may recognize John May, who is the former sous chef at Chef & The Farmer. Now, as the executive chef at Piedmont Restaurant, May is focusing on creating a menu focused on seafood and vegetable-forward dishes. May’s Instagram feed is focused on showcasing his creative dishes, like embered beets on toast; spaghetti with truffles, butter and Parmesan; and grain bowls featuring cheese, broccoli and pickled turnips. 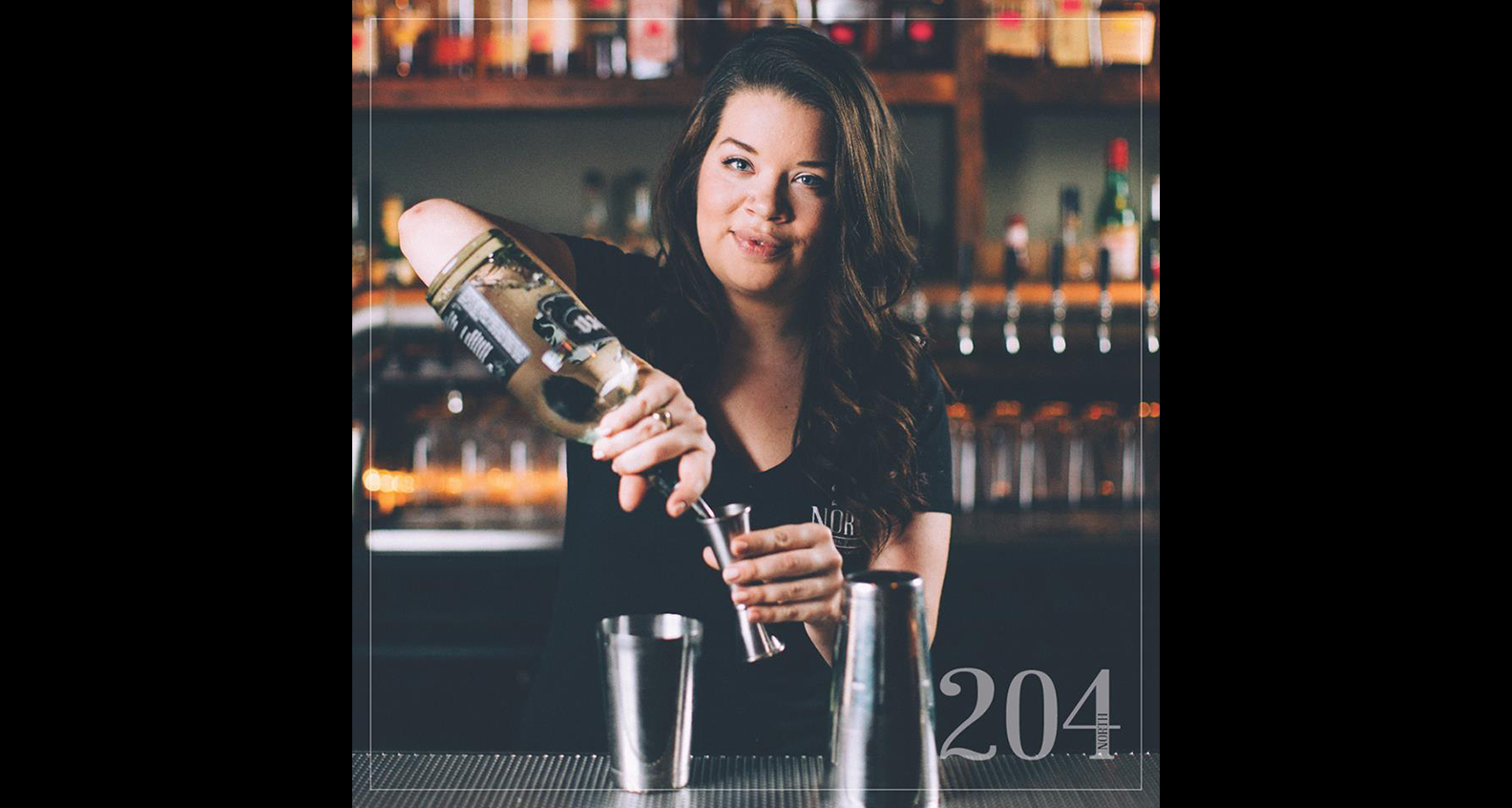 Named by the North Carolina Restaurant and Lodging Association as the 2017 Mixologist of the Year, Amanda Britton is known throughout the state for mixing up inventive cocktails. Britton has worked as craft beer sales representative, but she has now fallen in love with the craft cocktail scene, reported Chilled 100. Britton shows off her mixology skills, along with trips (last fall she visited Hacienda Patron) and new techniques, like smoking cocktails, on Instagram. 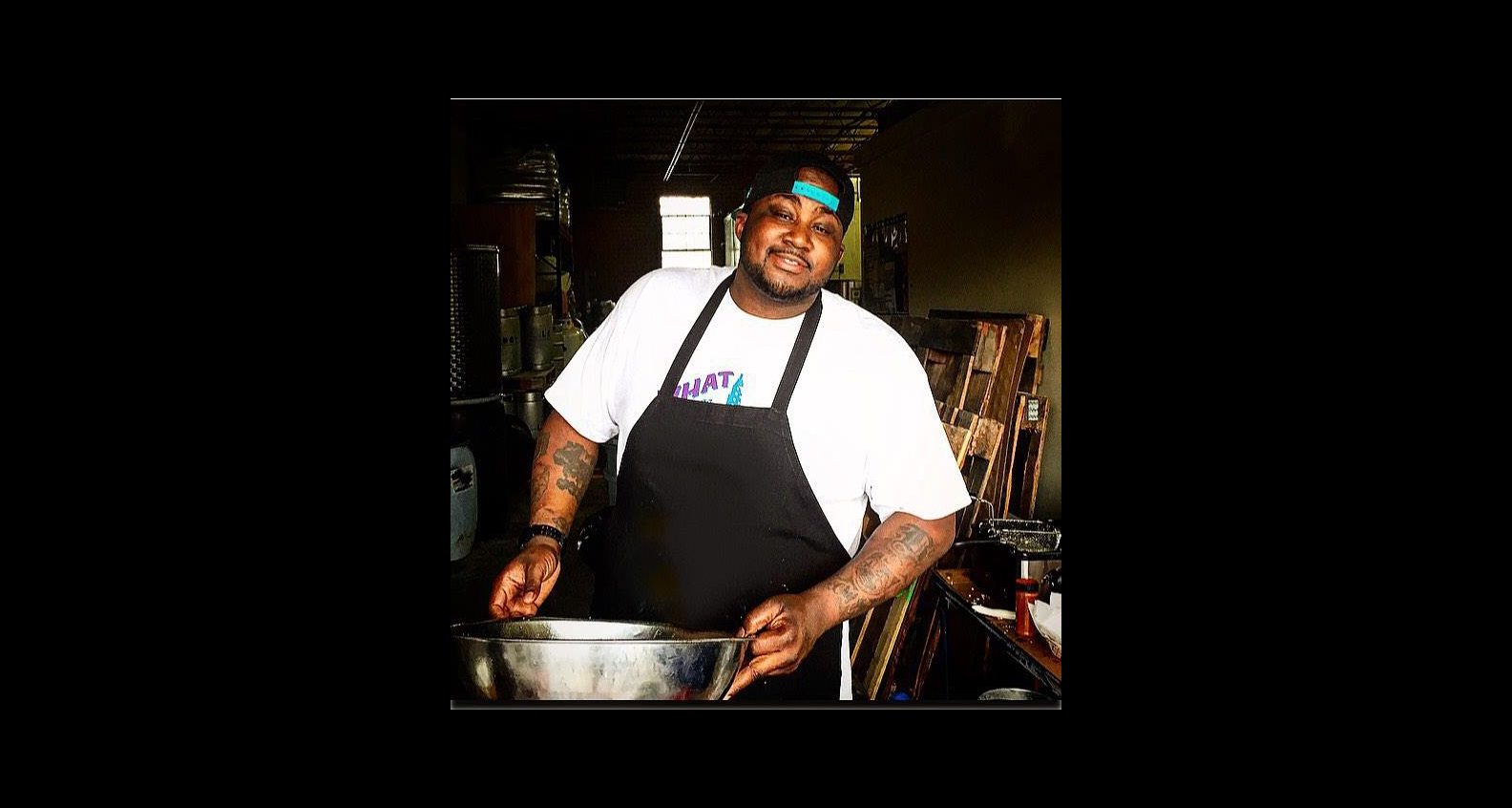 On his food truck, What The Fries CLT, chef Jamie Barnes specializes in fries and burgers with a twist. Some of the wild options include steak and shrimp hibachi (sautéed steak, shrimp, carrots and house-made Yumm Yumm sauce) and crab Rangoon topped with truffles and Parmesan cheese. On his feed, he shows off his cooking in and out of the food truck, along with books he’s reading and pictures of his family. 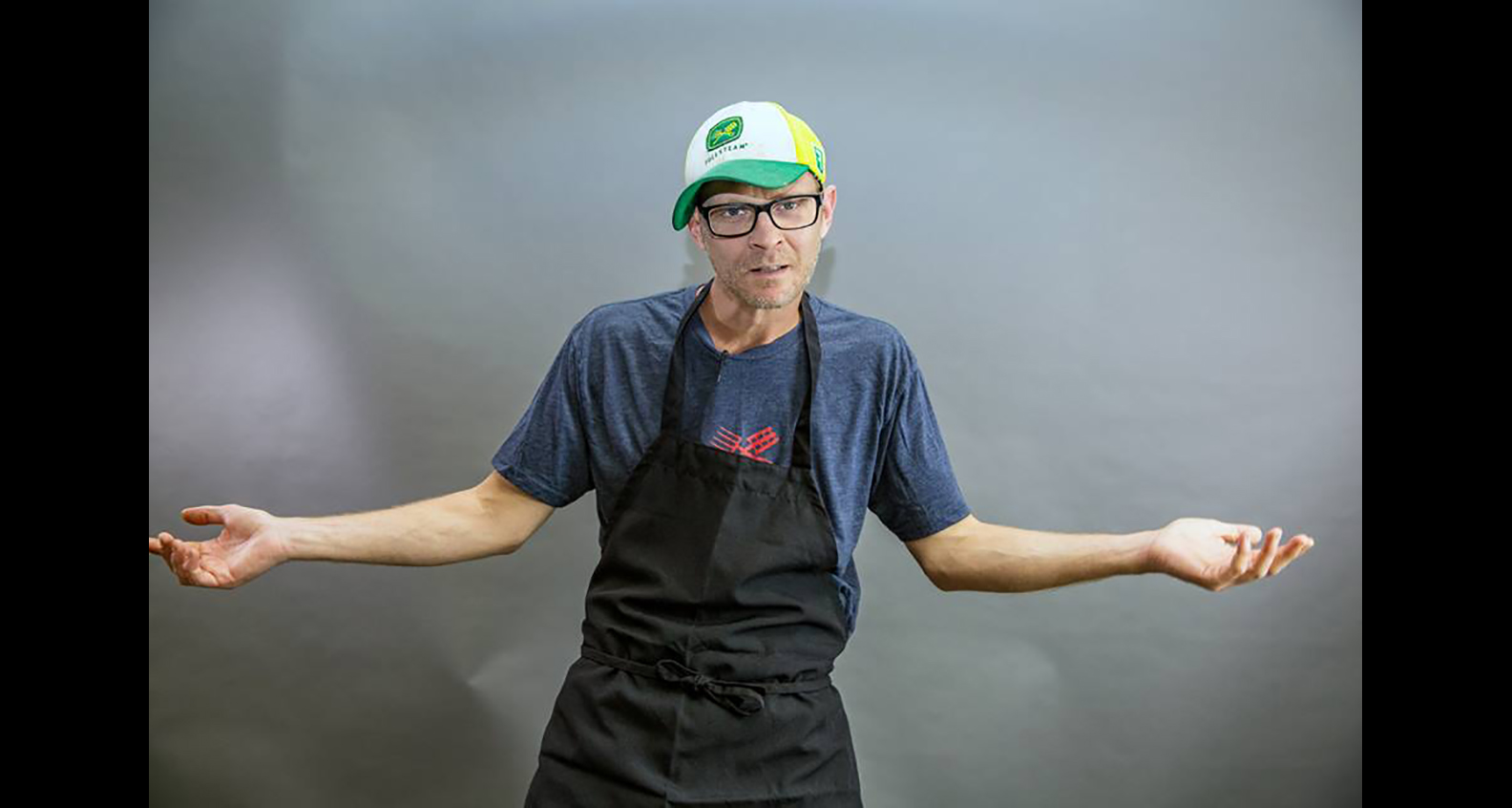 Chef Kyle McKnight joined Fullsteam Brewery last year when it expanded and added a kitchen. McKnight has put his touch on the menu by creating bar food with a Southern twist that pairs well with the brewery’s beer. On his Instagram feed, McKnight shares his food experiments in the kitchen, along with the local products he’s using, such as North Carolina red sorghum and Dusty Hills sauce. 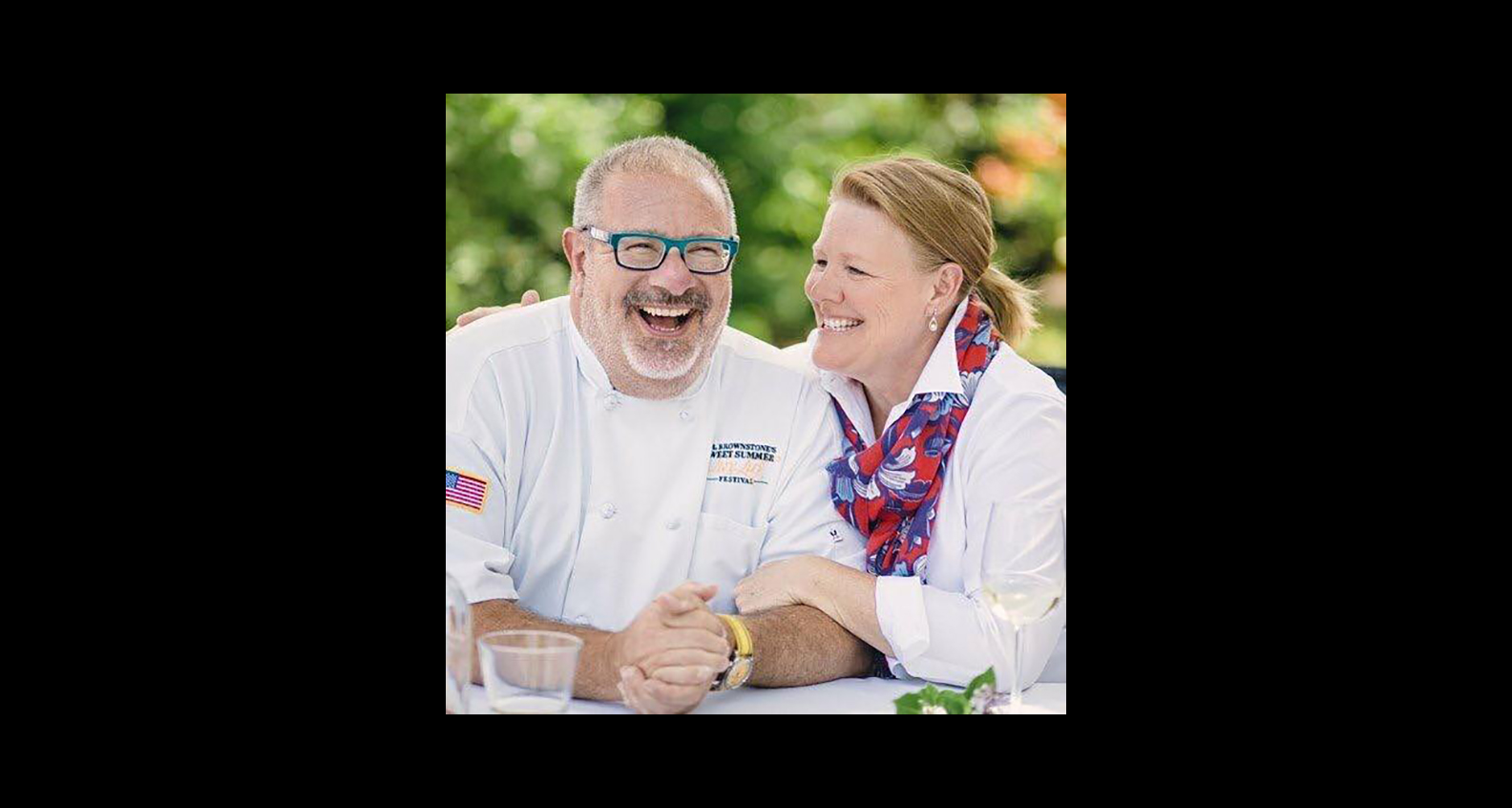 At Spring House, chef Tim Grandinetti creates dishes made from scratch using seasonal ingredients from local producers. The culinary philosophy at Spring House is to create “Southern deliciousness in cadence with Mother Nature.” Along with an appearance on Food Network’s “Chopped,” Grandinetti has cooked around the world while working for Marriott International and participated in Food Network’s “The Great American Seafood Cook Off" in New Orleans. On his Instagram feed, Grandinetti posts photos of multi-course meals, the local produce he’s using at Spring House, and a sneak peek at his new cookbook. 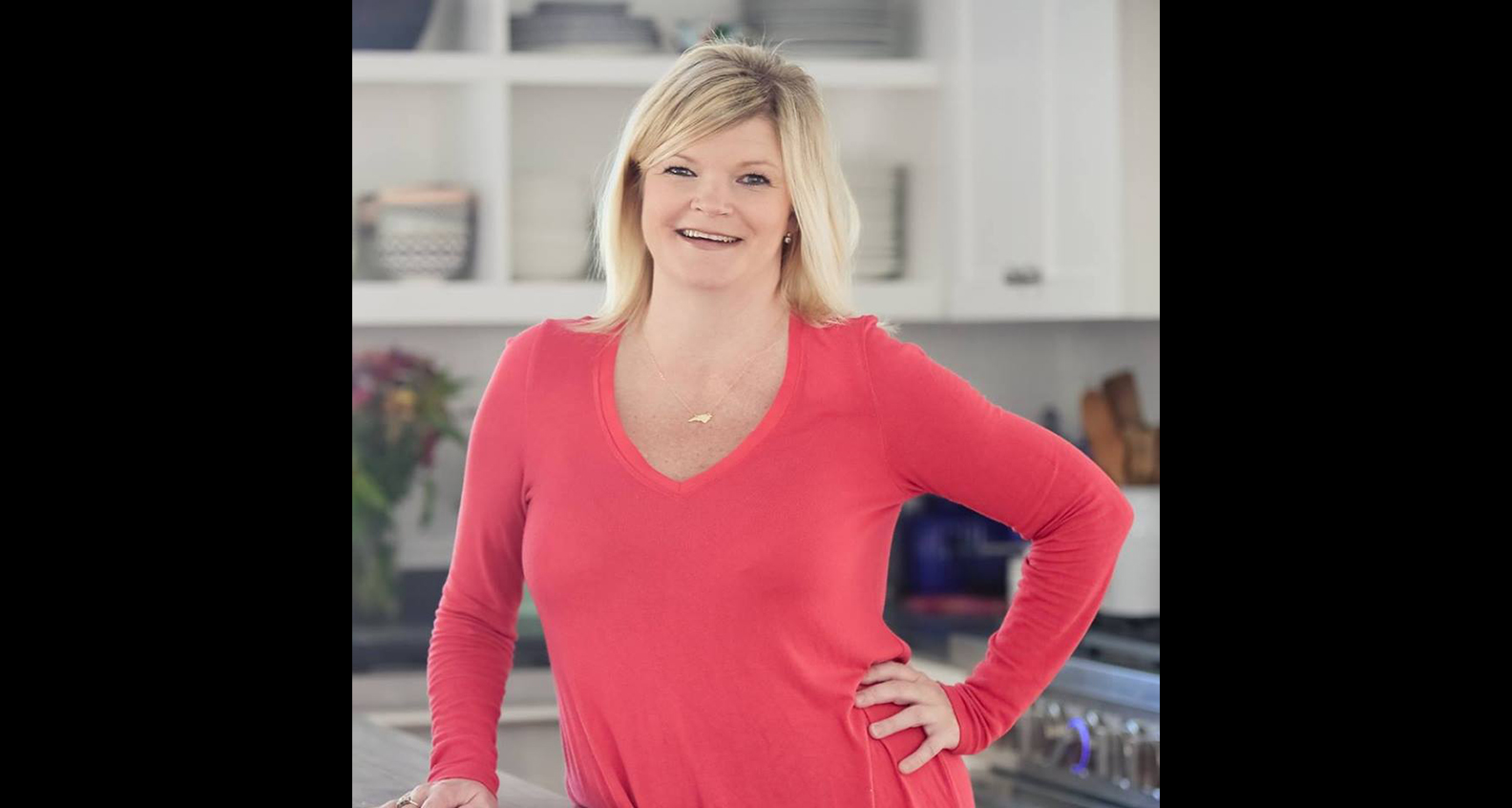 Jamie DeMent knows a thing or two about farming. Throughout her career, she’s been an outspoken supporter of growing your own food and eating local. When DeMent isn’t traveling around the country teaching cooking classes, she’s lecturing at UNC Chapel Hill, NC State and Duke University. DeMent, along with her husband, own Coon Rock Farm and Piedmont Restaurant in Durham. Her cookbook, "The Farmhouse Chef: Recipes and Stories from My Carolina Farm," is more than a cookbook; in it DeMent describes planting, harvesting and selling products along with her recipes. On her Instagram feed, she shares her food adventures to places like New Orleans, videos of bacon sizzling, and where and what she’s eating and drinking.