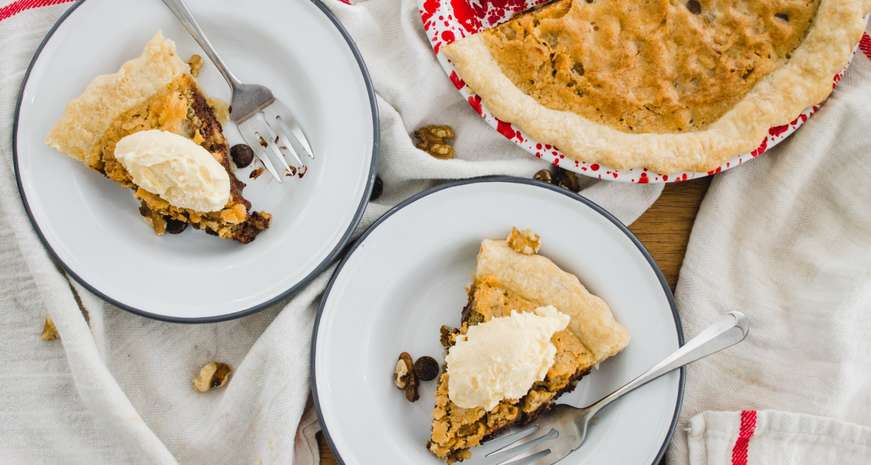 14 swoon-worthy pie recipes for Thanksgiving ... or any other holiday, really

It's almost turkey day and along with the famous mains and beloved sides there are almost unlimited options when it comes to dessert. Of course, Thanksgiving dessert offerings are usually made up of pies filled with ingredients such as pumpkin or sweet potato.

But don't feel like you have to stick totally with tradition. Don't tell Great Aunt Clara, but you're actually free to do whatever you want. Need some new pie recipe ideas? Look no further.

Chocolate and Walnut Pie
The original name of this pie, which is often associated with the Kentucky Derby, is strictly copyrighted by Kern's Kitchen, a pie company based in Louisville. For our version, which is totally acceptable for any celebratory meal, no matter the time of year, we've used equal parts chocolate and walnuts, and spiced up the filling with a generous splash of bourbon. Its sturdy, almost cookie-like filling makes this a great dessert to eat out of hand or, if you're not into dishes, paper plates. Feel free to make this using any pie dough you'd like, whether homemade or store-bought.
Get the recipe 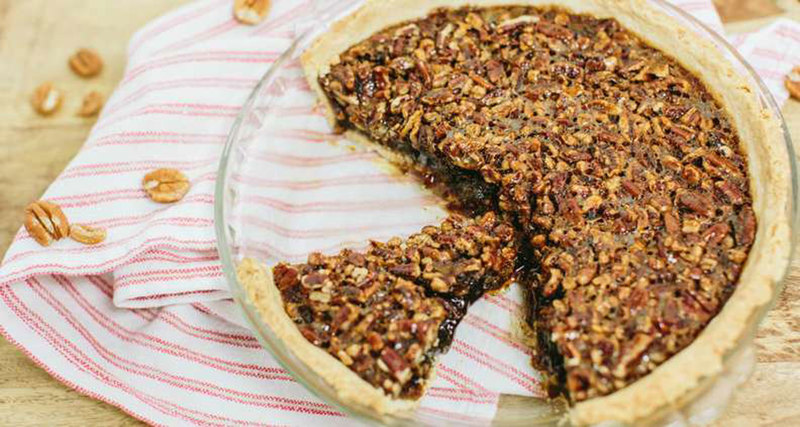 Southern Kitchen's Pecan Pie
This traditional pie has been around since at least the 1870s, when it became a smash hit in Texas. Made with shelled pecans, corn syrup and a gluttonously-delicious amount of butter, the pecan pie is something many families look forward to all year long. And even though we're encouraging you to step outside the box, there's no reason not to include at least one of these classics on the dessert table.
Get the recipe 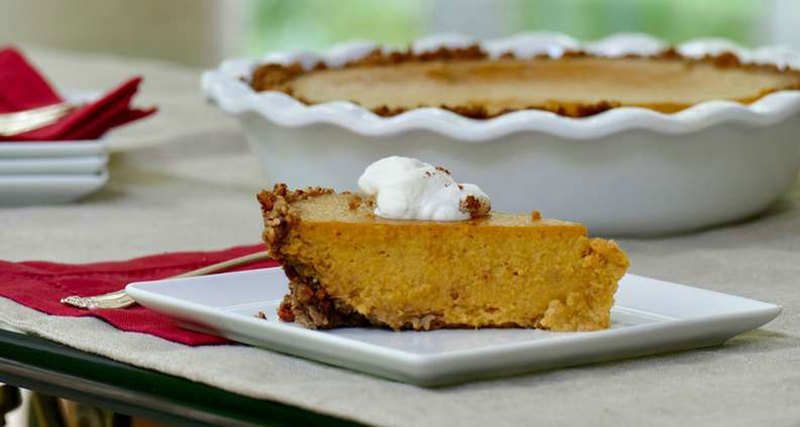 Butternut Squash Pie with Pecan Crust
We've written pretty extensively about our love for squash. This recipe takes one our favorite members of the squash family and gives it a bit of a make over. The flavor here is similar to a pumpkin pie except that butternut squash adds a nuttiness that takes this dessert to the next level. The simple (gluten-free!) pecan crust comes together in minutes and adds texture to the sweet custard filling. This recipe can be ahead of time, and you can easily jazz it up with a dollop of fresh whipped cream and sprinkle of cinnamon. The pie will keep for a week tightly wrapped in the fridge.
Get the recipe 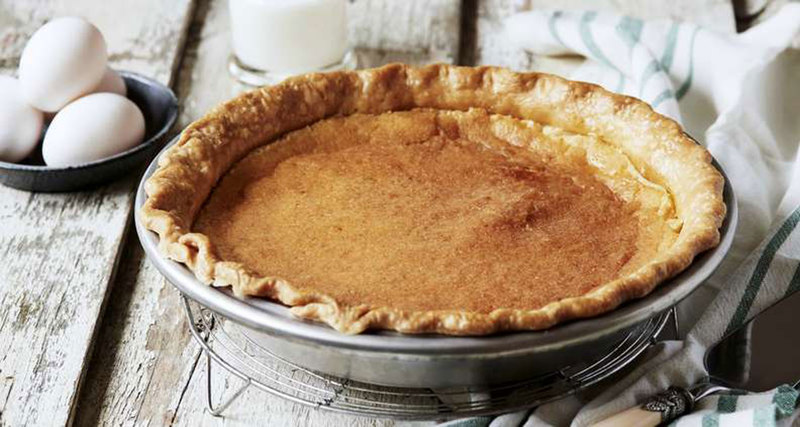 Anne Byrn's Shaker Buttermilk Pie
Buttermilk pie was designed to be baked when fruit was scarce in the winter, or on farms where fruit didn't grow. Thick from whole-fat buttermilk, rich from butter and egg, and flavored with sugar and vanilla, this pie is a Southern and Midwestern mainstay. It's a cousin to chess pie, which has roots in England and is popular in Tennessee, where it is thickened with a little cornmeal and seasoned with a little vinegar to give it the acidic twang of lemon. This recipe is incredibly easy to make — and a good use of all that extra buttermilk you might have sitting around.
Get the recipe 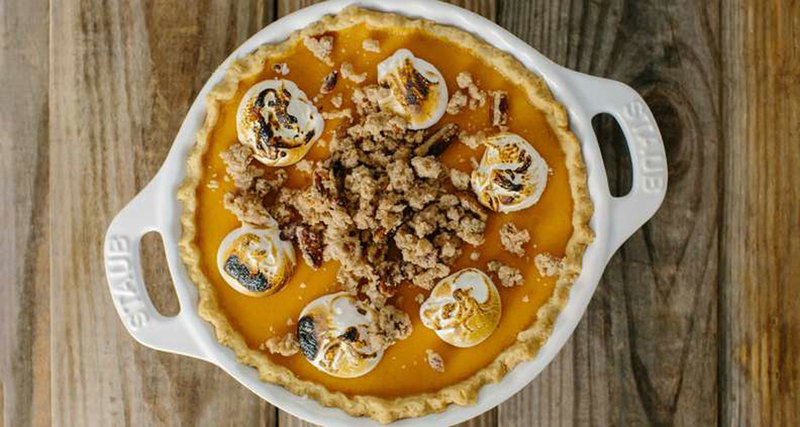 Sweet Potato Pie with Marshmallows and Pecan Streusel
Down South, few things signal the the start of the holiday season quite like sweet potato pie. Made out of pureed sweet potatoes and spices such as cinnamon, nutmeg, and all-spice, this dessert tastes like happiness, comfort and love. Don’t be intimidated by homemade marshmallows: with a candy thermometer and a stand mixer, the process is actually very easy. You can also substitute store-bought marshmallow Fluff for the homemade marshmallows; simply dollop or pipe it around the edges of the pie. You will have extra streusel, but it tastes great on ice cream. Also, be sure to bake more of these than you need — you wouldn't want a family brawl over who gets the last slice.
Get the recipe 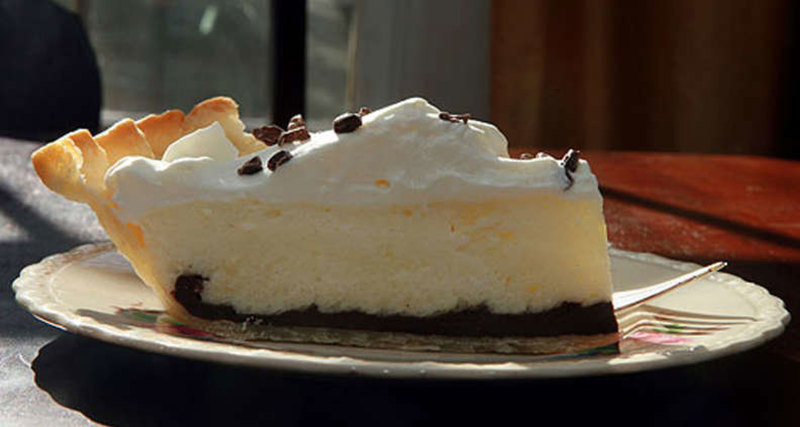 Black Bottom Pie
This pie is a little unconventional for Thanksgiving but that's exactly why it works. Not only visually stunning, but also a delight to eat, this chocolate and rum custard pie is both decadent and ethereal at the same time. This elegant dessert is sure to make you popular on turkey day.
Get the recipe 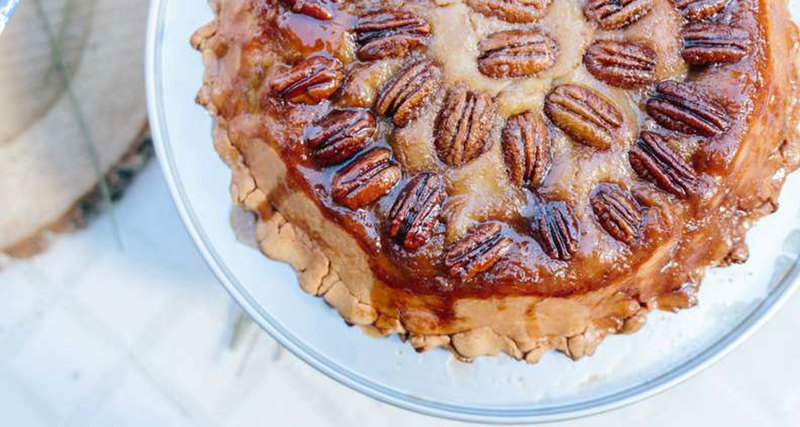 Upside-Down Apple Pecan Pie
This clever recipe comes courtesy of Southern Kitchen reader Joann Conway, who won our holiday pie recipe contest last year. Conway said she was first inspired to make the pie while traveling and picking up a free booklet containing a similar recipe. Here, you've got the best of two worlds — pecan and apple pie — with a bittersweet caramel sauce to boot.
Get the recipe

The Southern Kitchen guide to baking

The Southern Kitchen guide to baking