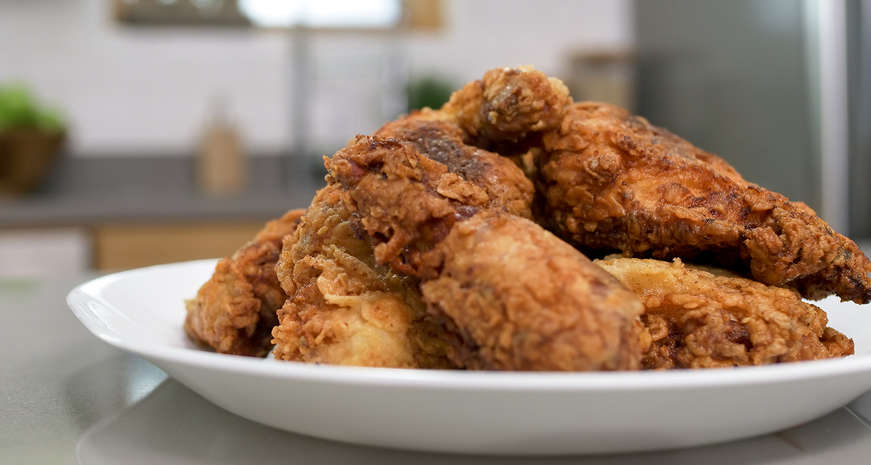 13 versions of fried chicken that'll take you around the world

We love Southern fried chicken, but the South isn't the only place that knows how to craft crispy poultry. Different countries across the globe are just as passionate. Chefs around the world fry up chicken using different techniques, spices and flavors. Whether you’re in Israel or Tokyo, you’ll be able to find some version to satisfy your fried chicken craving. And if you're not up for air travel, never fear: We've even found some of these different versions at restaurants here in the South. 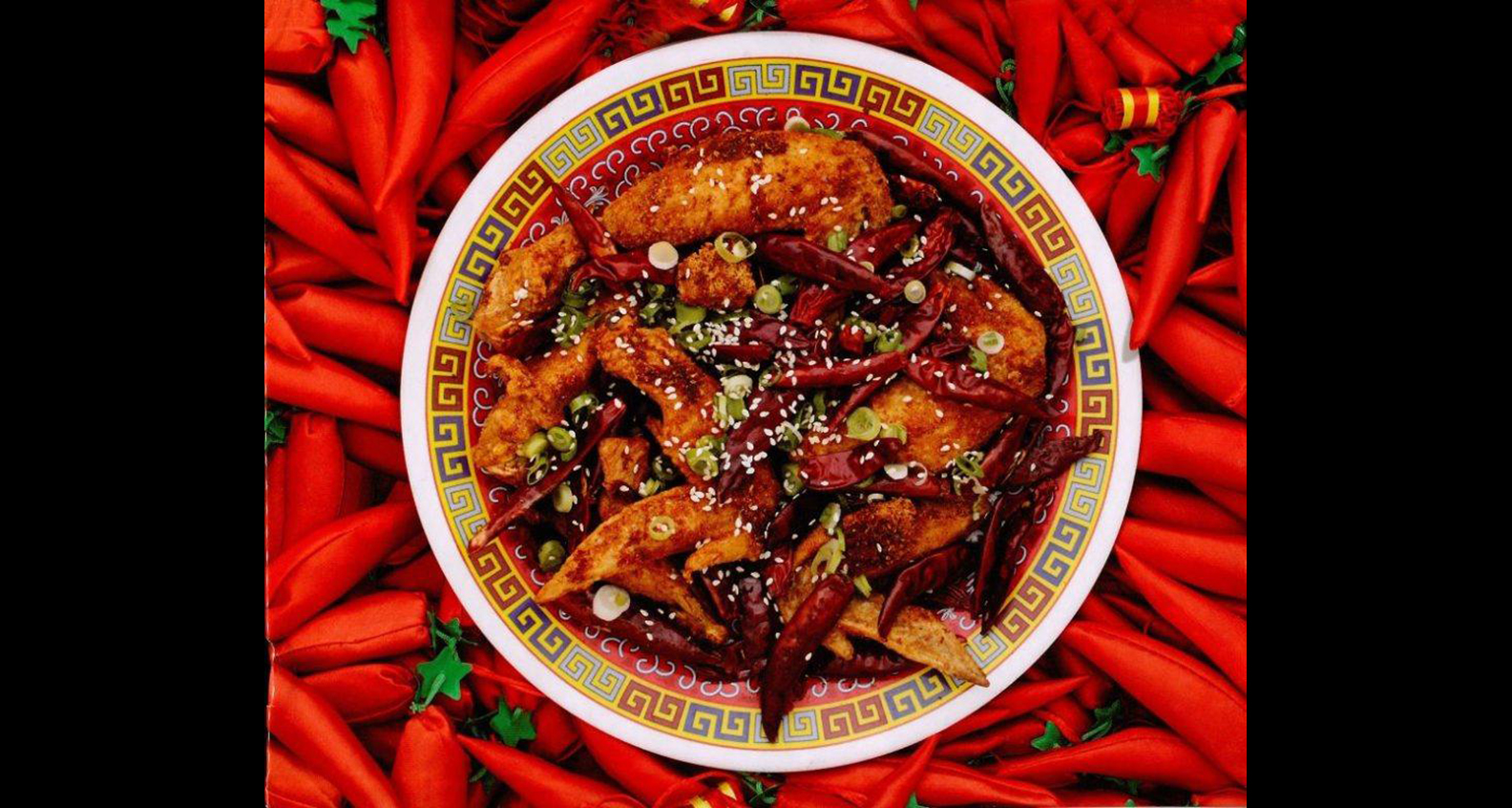 Wok-fried chicken, Chongqing chicken, or Sichuan chicken with chiles — this piquant dish goes by a lot of names. Essentially a spicier version of kung pao chicken, this Chinese fried chicken is marinated in soy sauce, rice wine and egg whites. The chicken pieces are dredged with cornmeal, instead of flour, giving the breading a crunchier texture. All of the heat comes into play in the sauce, made from chili garlic sauce, soy sauce, Chinese black vinegar, ground Sichuan peppercorns and chiles, that is stir-fried with the chicken after it has been fried. This recipe from Appetite for China uses a wok, but if you don’t own one, it’s perfectly acceptable to use a large frying pan or skillet. 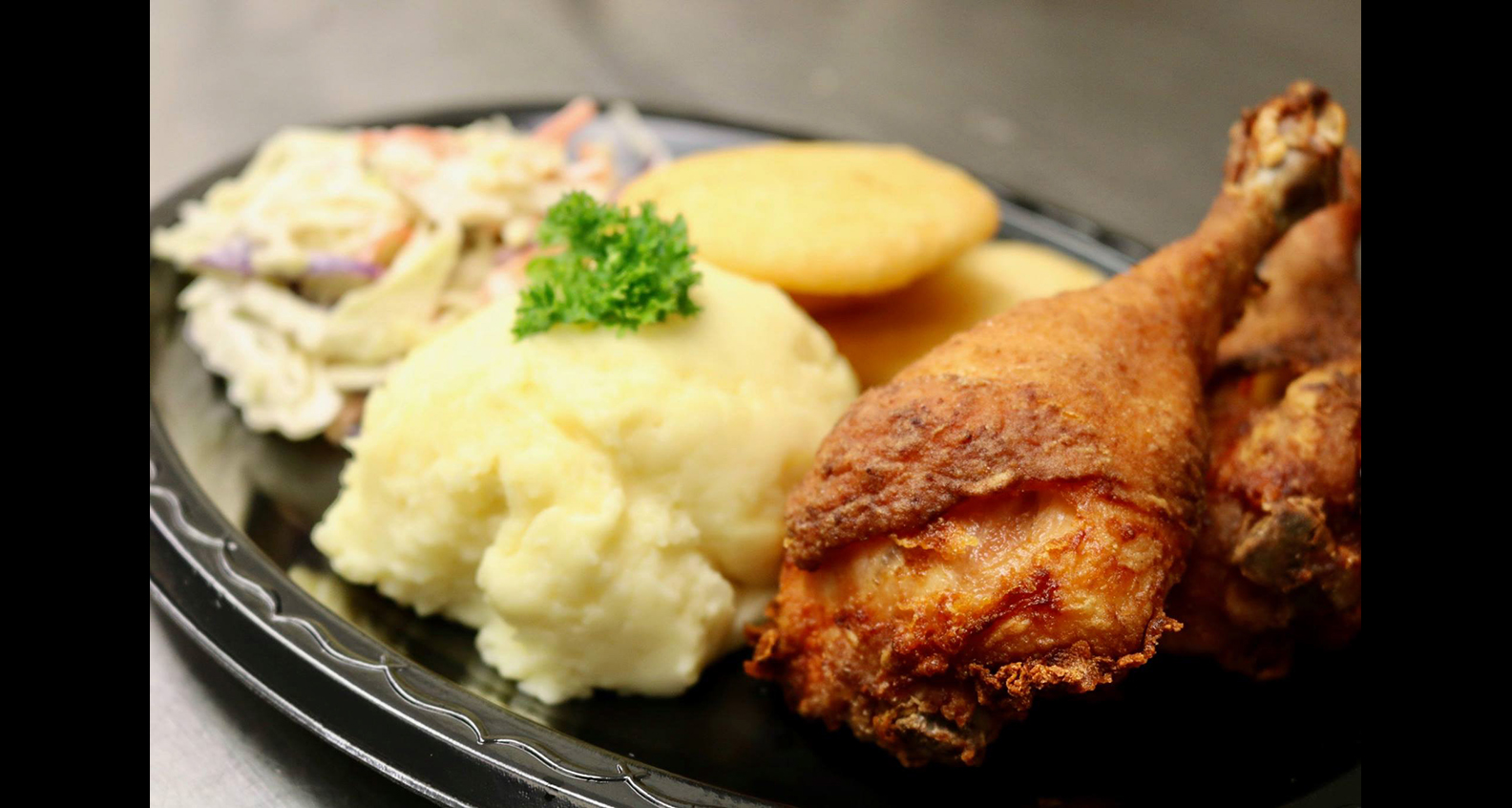 As Bon Appetit puts it, “pollo frito is fried chicken with a Latin spin.” Unlike Southern fried chicken's classic quartet of of flour, pepper, salt and buttermilk, pollo frito has a different flavor profile. The chicken marinates in a mixture of lemon juice, orange juice, annatto paste and spices like garlic and oregano. This seasoning gives the chicken “a deep, earthy flavor and reddish hue [and] a cornmeal coating creates a hearty crunch." Another difference? You won’t find biscuits on the plate with this chicken. Instead, pollo frito is usually served with fried plantains or fluffy yellow rice. 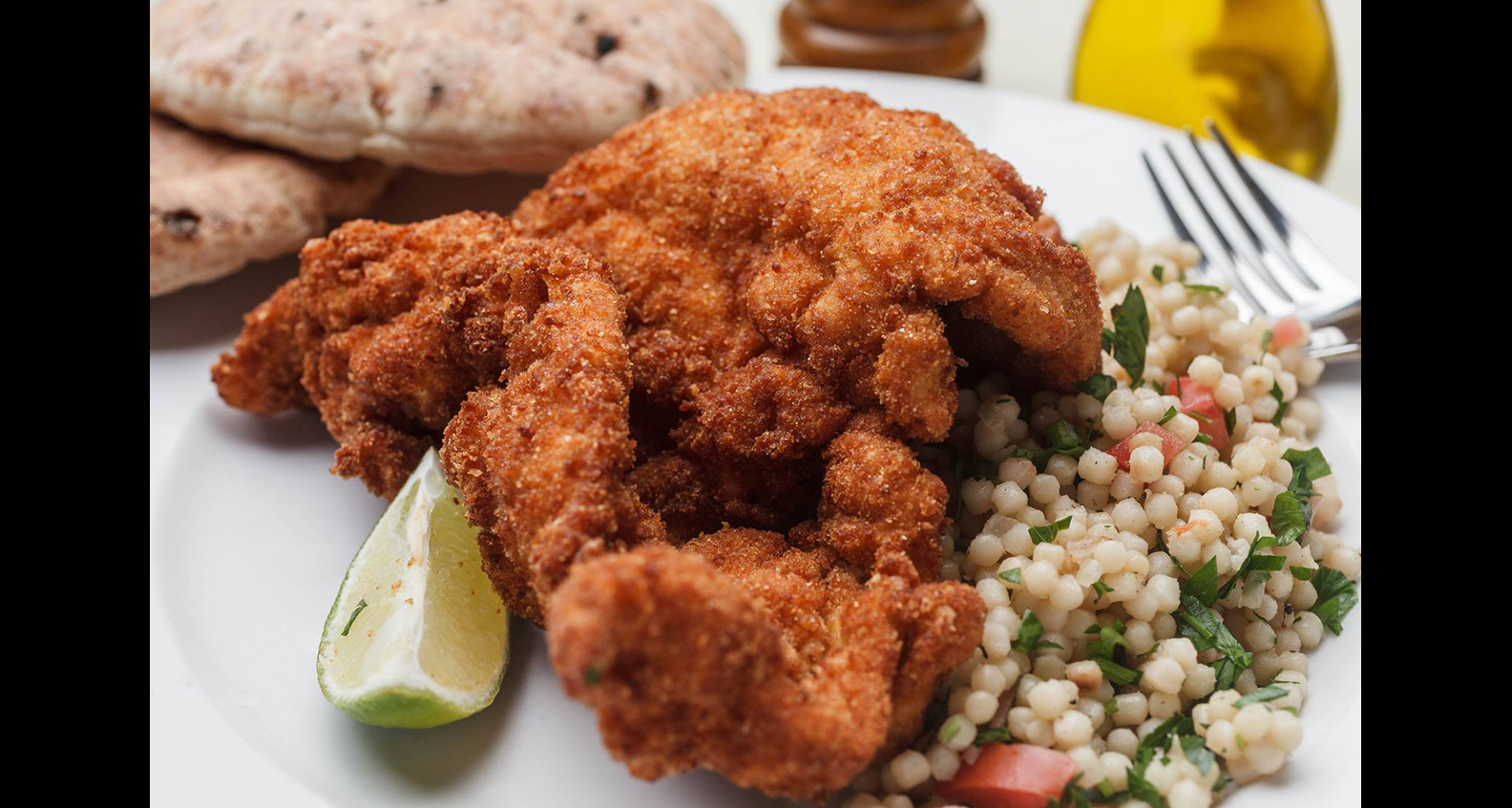 With a large German and Polish population in Israel, it’s no surprise the classic German dish made it to the Middle East. The classic Austrian dish was adapted by immigrants in the 20th century and is still popular today. Instead of eating it with french fries like in Germany, Israelian schnitzel is served with tahini sauce or hummus and lemon. According to Bon Appetit, the spices and breading in this version of schnitzel “vary depending on the ancestry of the cook.” Israeli restaurants in the United States are serving up chicken schnitzel as well. At Shaya in New Orleans, schnitzel is served on a sesame challah sandwich with harissa mayonnaise and pickeled green tomatoes. 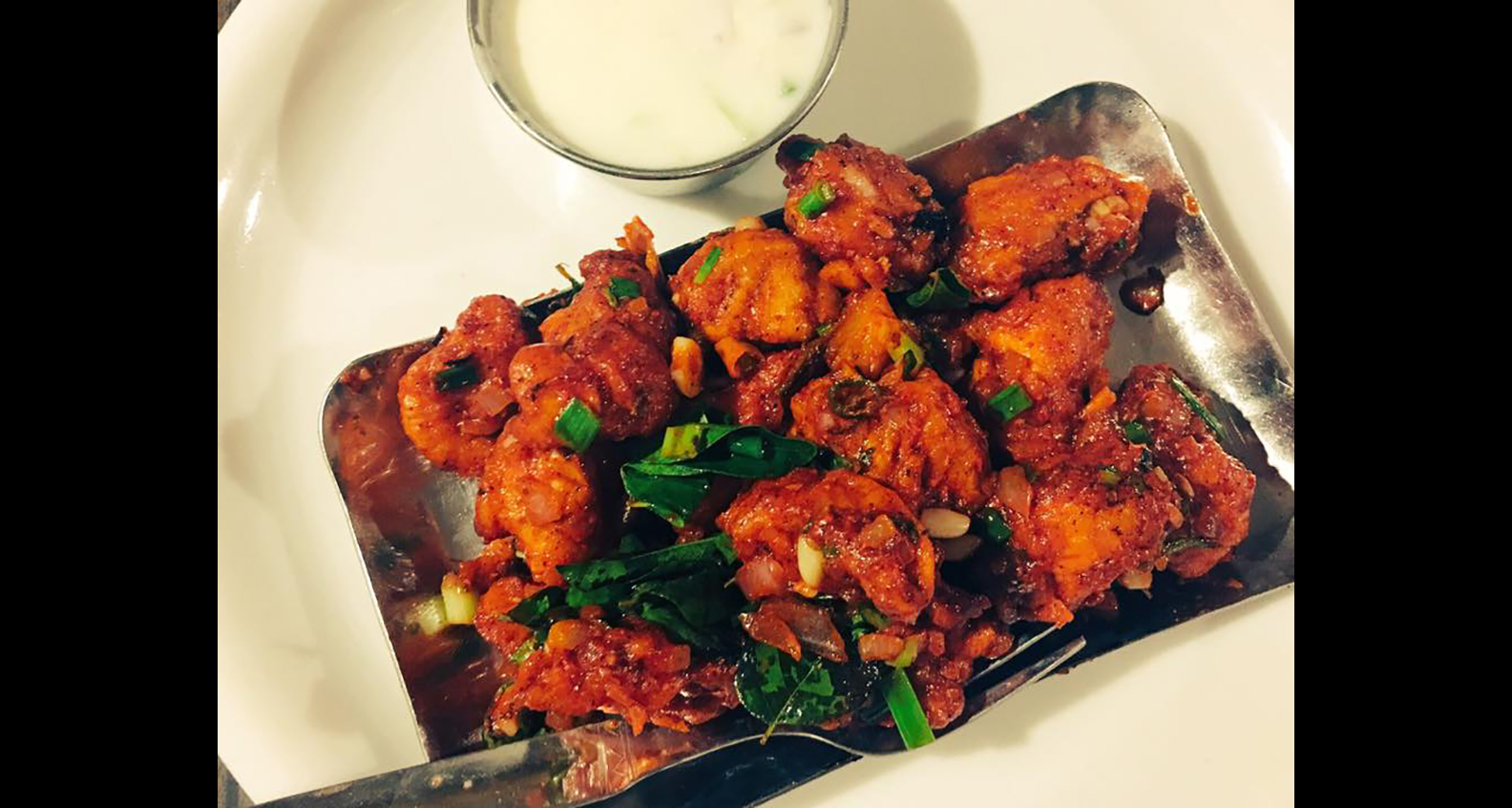 As delicious as Tandoori-style chicken or spicy curry can be, they take a back seat to deep-fried Chicken 65. The name comes from the Buhari Hotel restaurant in Chennai and found its way on the menu in 1965. In it, the chicken pieces are marinated in red chili pepper, ground coriander, garlic, ginger and black pepper before they head to the fryer. To finish the dish, the fried chicken pieces are sautéed in a spicy yogurt and curry leaf sauce, according to Food52. As one of the most popular bar foods in Southern India, the spicy flavors of Chicken 65 pair well with a nice cold beer. If you happen to be in Atlanta, take a short drive to Zyka Indian Restaurant in Decatur, Georgia for a taste. 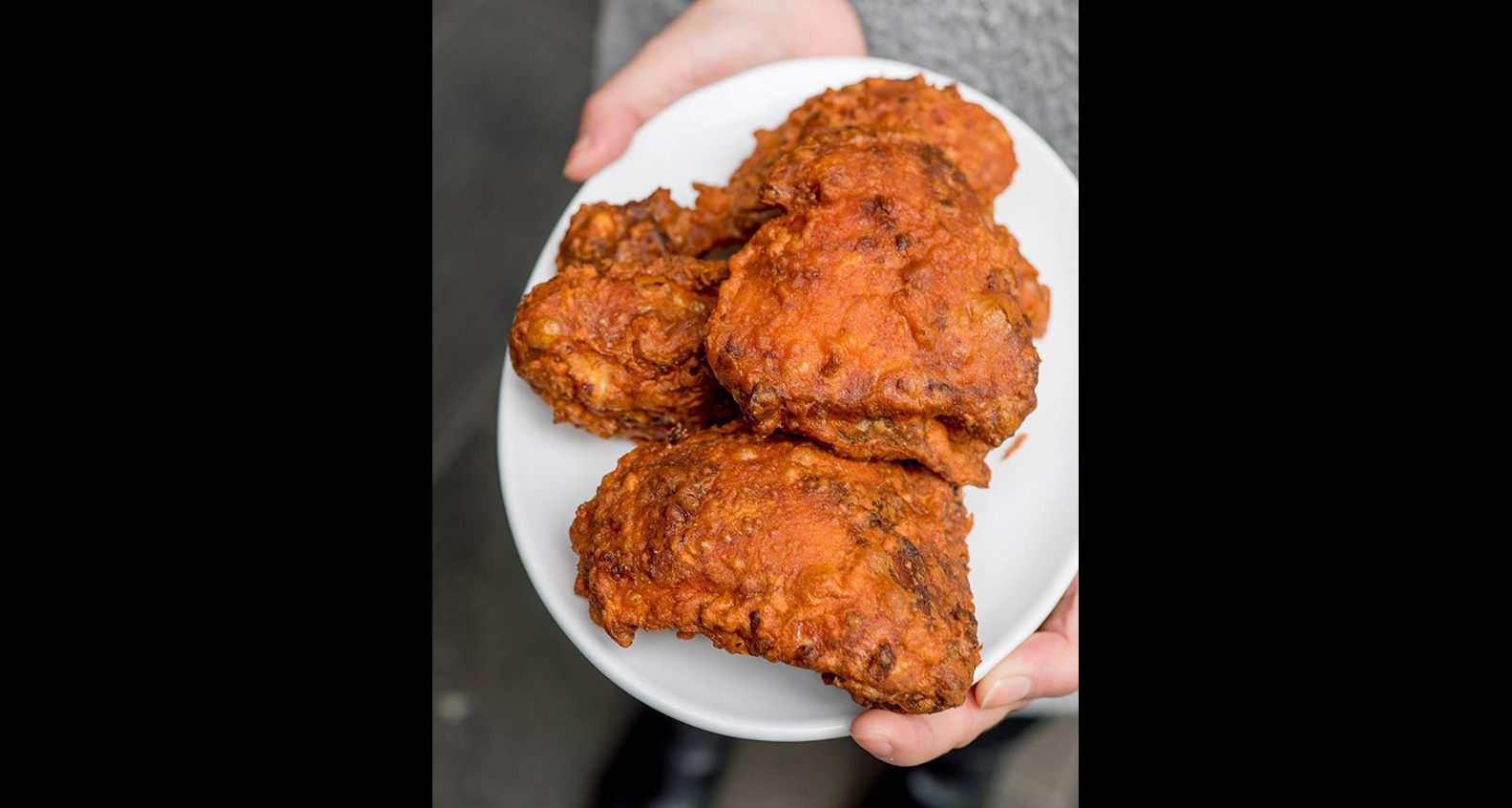 Ayam goreng in Indonesia and Malaysia

Ayam goreng simply means “chicken fried” in Indonesian. Unlike Southern fried chicken, this dish ditches the heavy, floury breading for a heady spice mixture. This blend is different depending on the region, but usually consists of salt, garlic, turmeric, ground shallots, tamarind juice and lemongrass. The chicken is then fried in coconut oil. According to Nosh On It, the dish is very popular on the island of Bali, where every family has crafted their own version of the recipe using local spices. 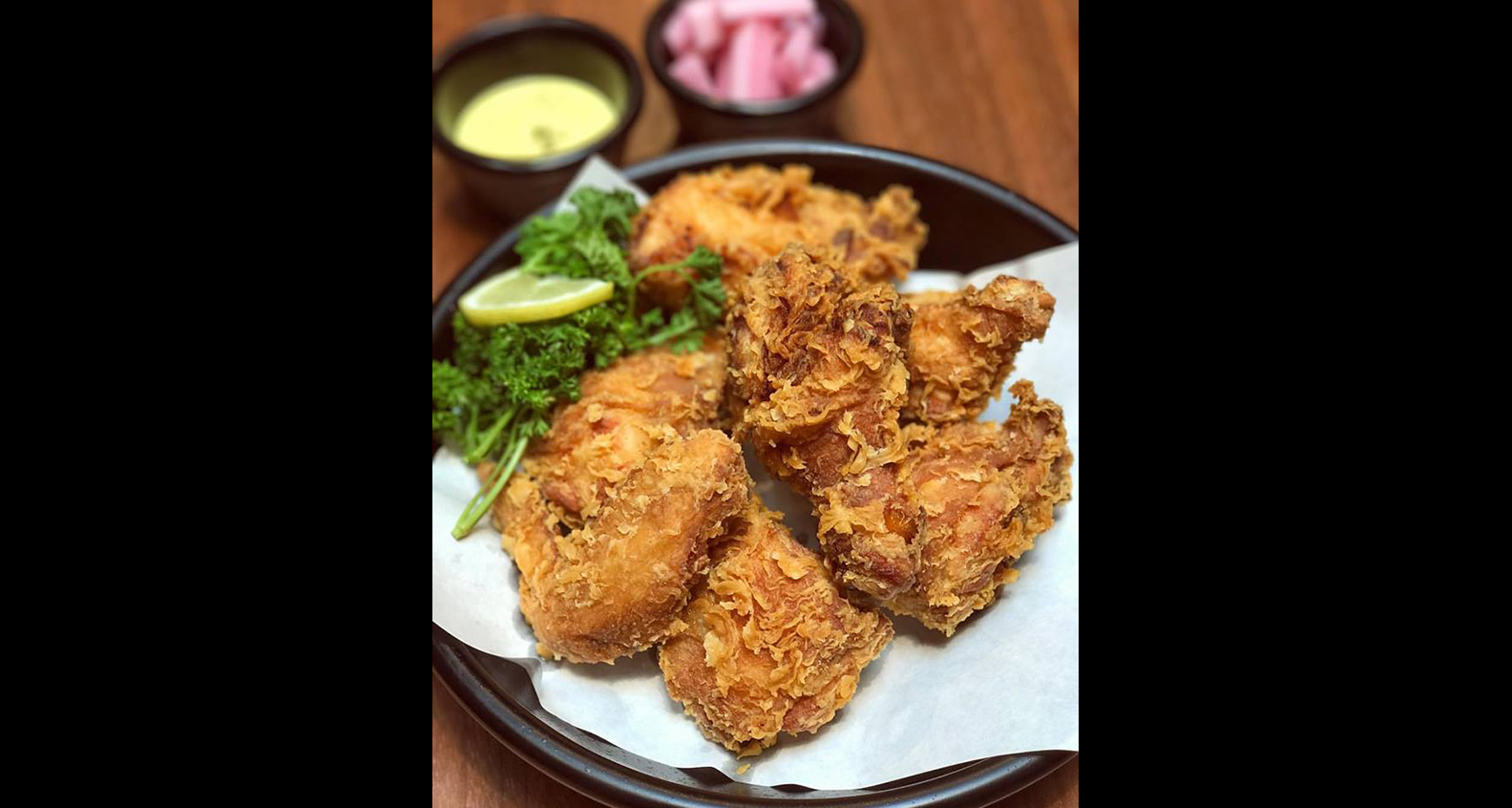 While you can certainly find Kentucky Fried Chicken in Korea, you might be better off trying the other KFC: Korean fried chicken, double-fried poultry that is crispier than its American cousin. The texture of the breading is "an eggshell-thin, ultra-crisp crust" instead of the "craggly, crusty, significant coating" found on Southern fried chicken, according to Serious Eats. The dish became popular in South Korea after the Korean War conflict ended in the 1950's, and, over the past decade, has become more and more popular in the United States. In the South, you can take a bite into crispy KFC just north of Atlanta in Duluth, Georgia. 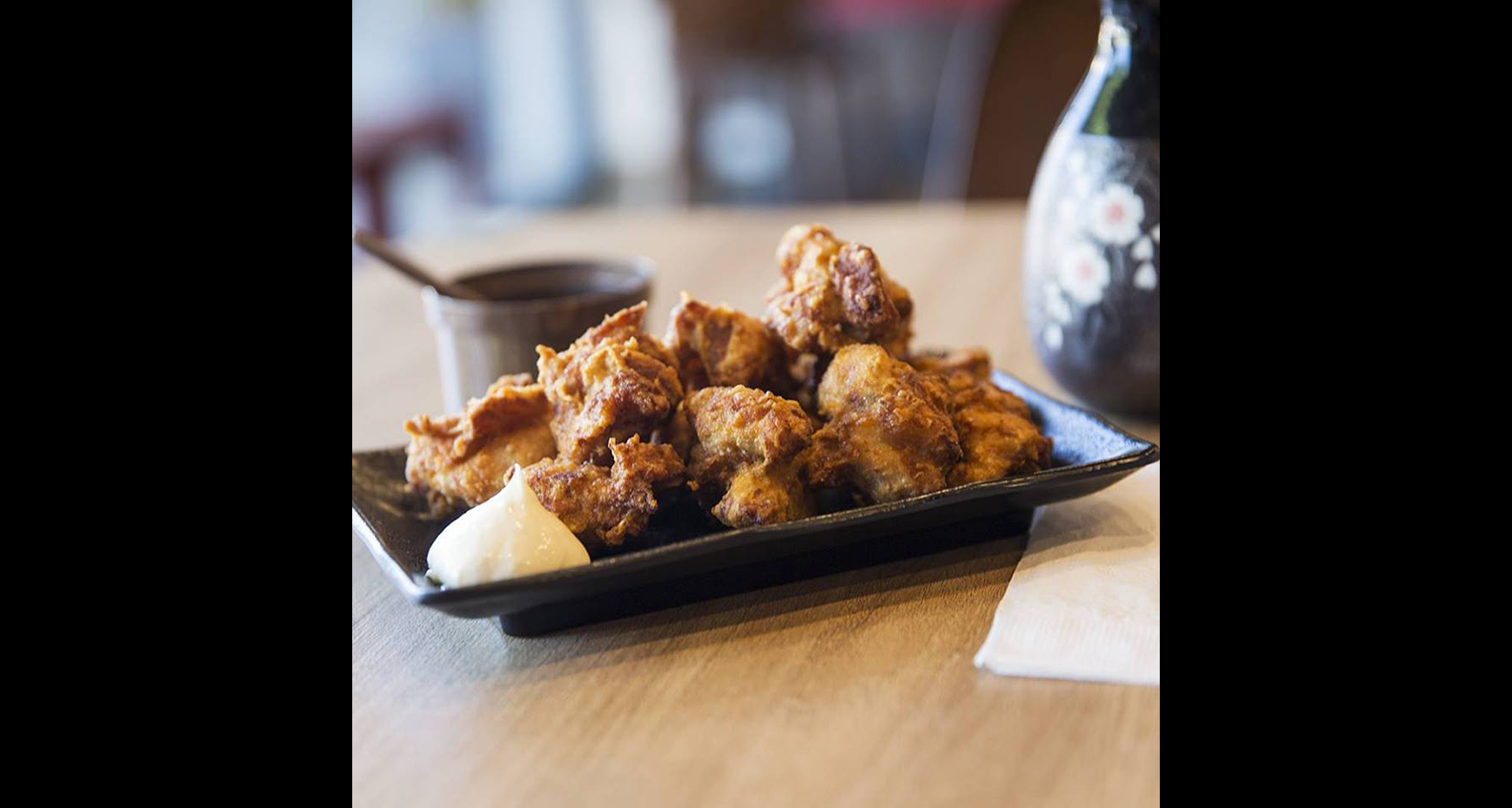 This Japanese-style fried chicken is a popular late night snack that can be found in both izakayas (informal Japanese gastropubs) and bento boxes sold by Japanese street food vendors. “It’s as common in Japan as a slice of pizza here in America,” Harris Salat, co-author of Japanese Soul Cooking and proprietor of Ganso Ramen in Brooklyn, said in an interview with The Takeout. “The difference is that it’s eaten at both restaurants and at home, because it’s so easy to cook and so damn tasty.” Before karaage is deep fried, it's marinated in a mixture of soy sauce, sake, garlic and ginger. The finished dish can be served hot or cold, topped with a squeeze of lemon juice before you take a bite. Pro-tip: Karaage pairs great with a shot of sake or a cold beer. 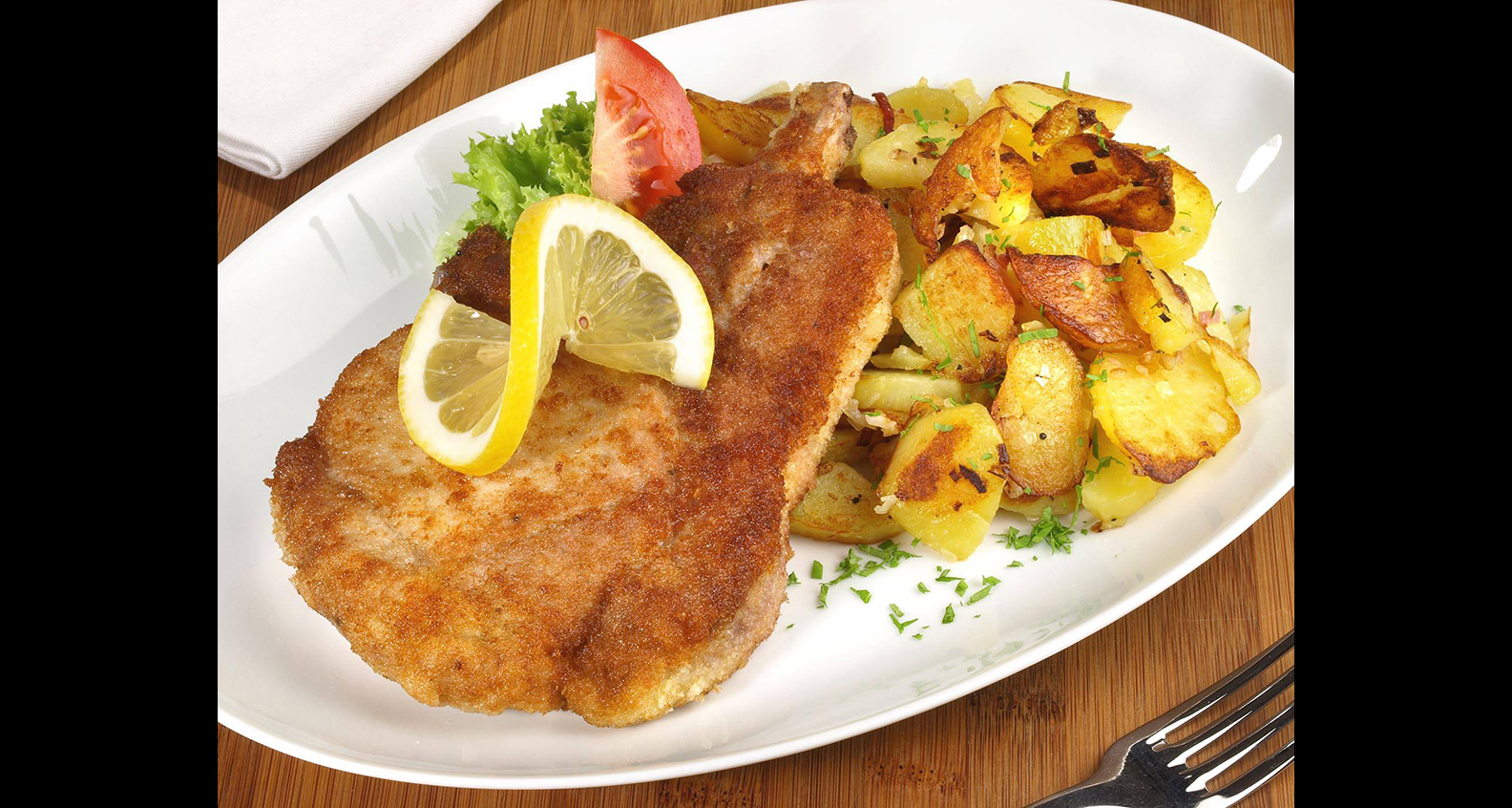 Schnitzel in Austria and Germany

Although it originated in Austria, this deep-fried dish has different variations across Europe, South America and the Middle East. Breaded schnitzel can be made with different meats, such as veal or turkey, but for the sake of fried chicken week, we’ll focus on the chicken version. The breading is usually made from flour, beaten eggs and bread crumbs, which together create a very crunchy exterior once fried. Schnitzel is served with everything from french fries to vegetables on the side. At Schnitzel House in Fort Myers, Florida, you can find schntizel served over 20 different ways. 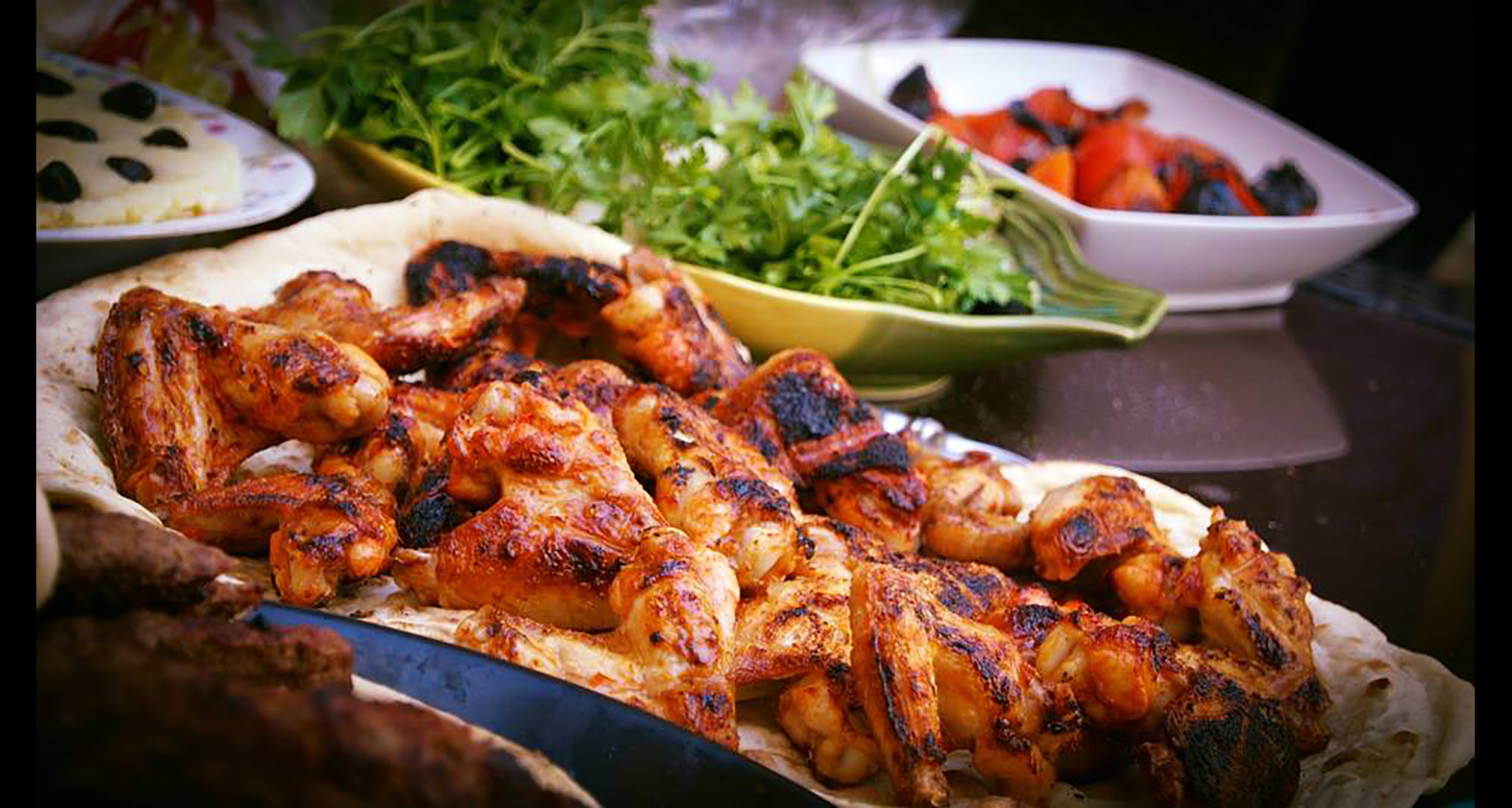 This Brazilian dish is the perfect appetizer. These fried chicken wings are marinated in lime juice, giving them a distinct tropical flavor. Breaded with both flour and cornmeal, the chicken is also crispier than you'd expect. After they're fried, the wings are topped with olive oil, toasted garlic and parsley. 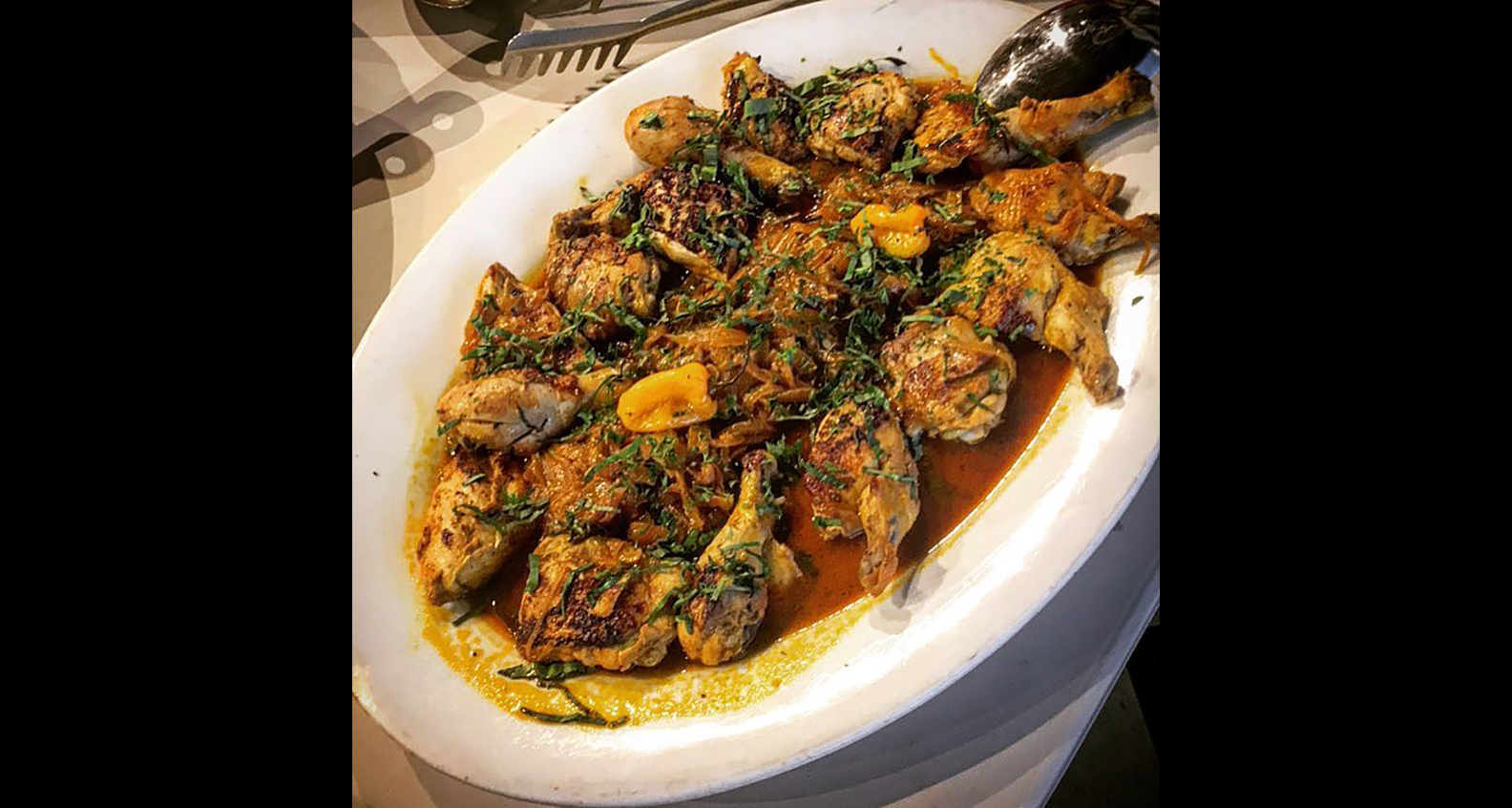 Senegalese chicken yassa can be found on tables across West Africa, and is a very distant cousin of Southern fried chicken. In it, the chicken marinates in a tangy lemon juice and mustard mixture before it's fried in a skillet. Some chefs prefer to grill the dish, but it is more commonly fried in a skillet. Afterwards, the chicken goes into a large pot with sautéed onions, hot peppers and the rest of the marinade, and it is all cooked together until the chicken is very tender. The final dish is served over white rice. 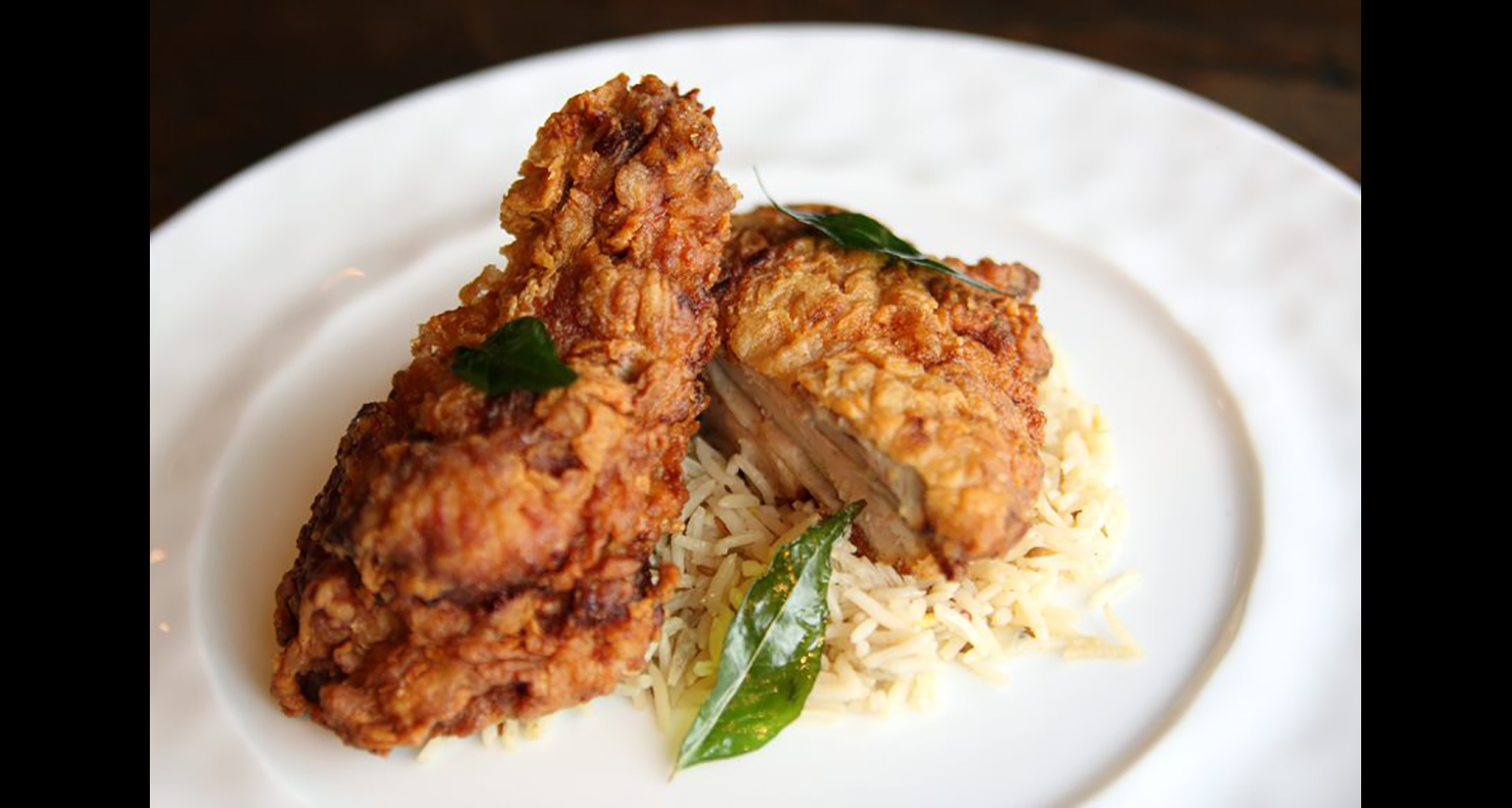 This Southern Indian twist on fried chicken incorporates spices such as ginger, garlic, green chiles and curry leaves for a distinctive flavor. Atlanta-based chef Asha Gomez takes it even more in the direction of the Southern U.S. with its thick, crisp crust and all. She adds spices to a buttermilk marinade, and then, according to Bon Appetit, she dredges it in flour, fries it and tops it with “a drizzle of coconut oil and flash-fried curry leaves.” 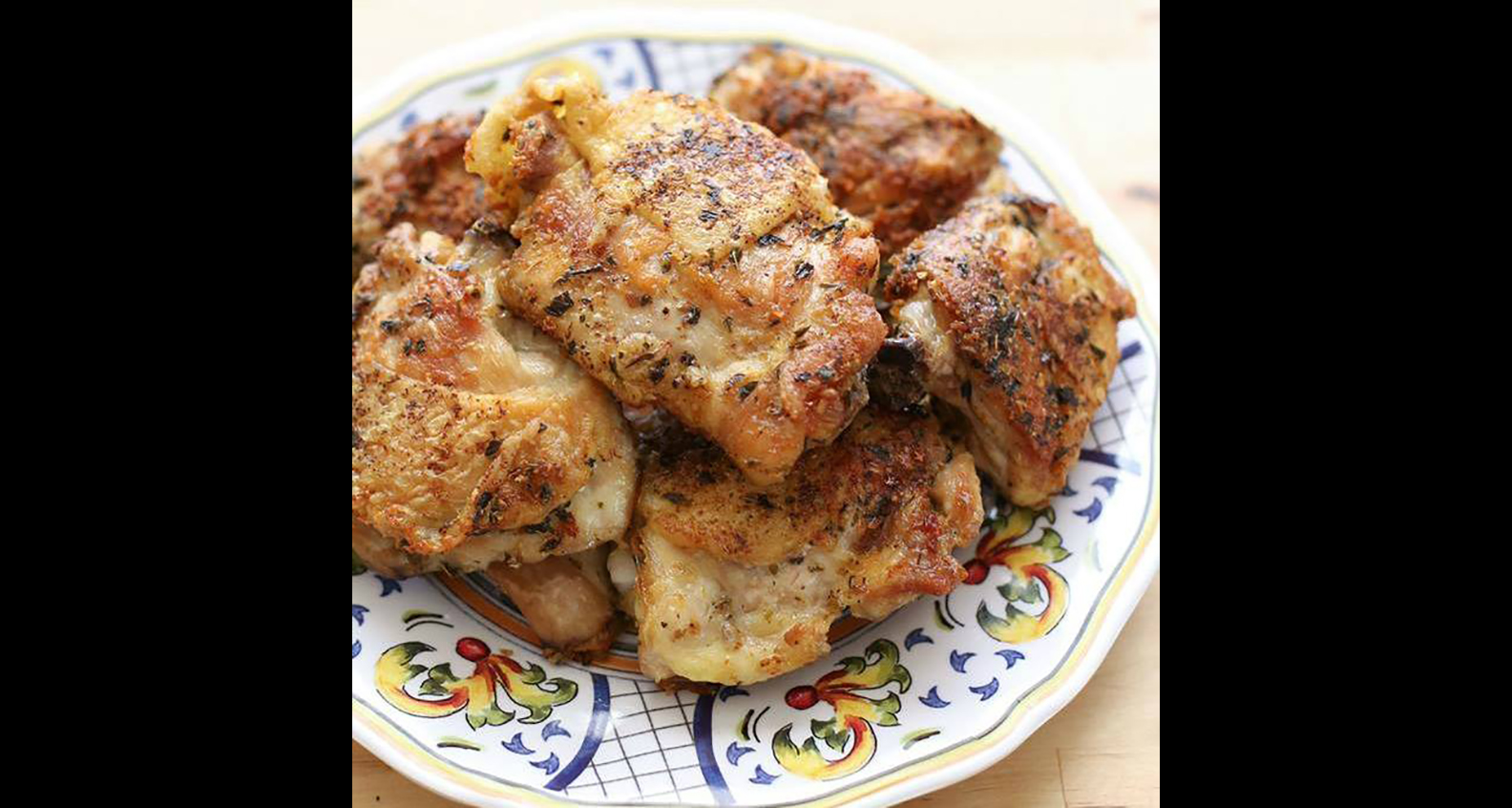 The frying process of pollo fritto is very similar to how do it in the South: Dredge the chicken in flour, then dip in egg and fry in hot oil. Meditteranean herbs and spices, such as rosemary, garlic and lemon, on the other hand, give this dish an Italian twist that sets it apart from Southern fried chicken. Instead of serving their fried chicken with greens, Italians serve fried chicken with roasted potatoes.