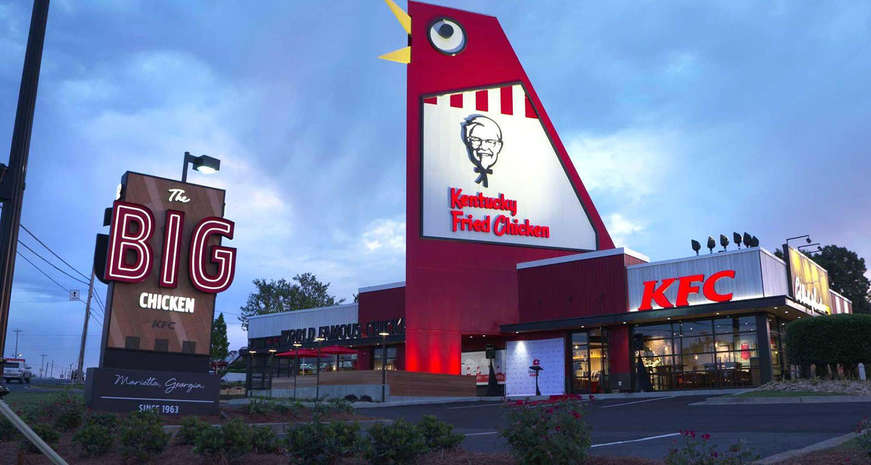 The Big Chicken in Marietta, Georgia

It's no secret that Southerners love food, so it only makes sense that we have landmarks and museums dedicated to some of our favorite foods. From fried chicken and strawberries to peaches and peanuts, these landmarks are places every foodie should add to their bucket list.

You'll definitely want to plan a road trip to visit each of these.

The Big Chicken in Marietta, Georgia
You can see The Big Chicken from miles away. The, well, giant chicken is a unique destination that attracts people who want some Kentucky Fried Chicken or a picture with the food landmark. Built in 1963, the seven-story-tall Big Chicken was used for advertisement of the original restaurant, Johnny Reb’s Chick-Chuck-‘N’-Shake. The restaurant was later turned into a franchise of KFC. After years of wear and tear and a storm in 1993, the original structure was in bad shape. After a public outcry, the building was saved, rebuilt and modernized. The Big Chicken underwent another $2 million renovation in 2017 to incorporate the new design for KFC and a gift shop. The original designs for the beak and eyes are still on the structure and can move. 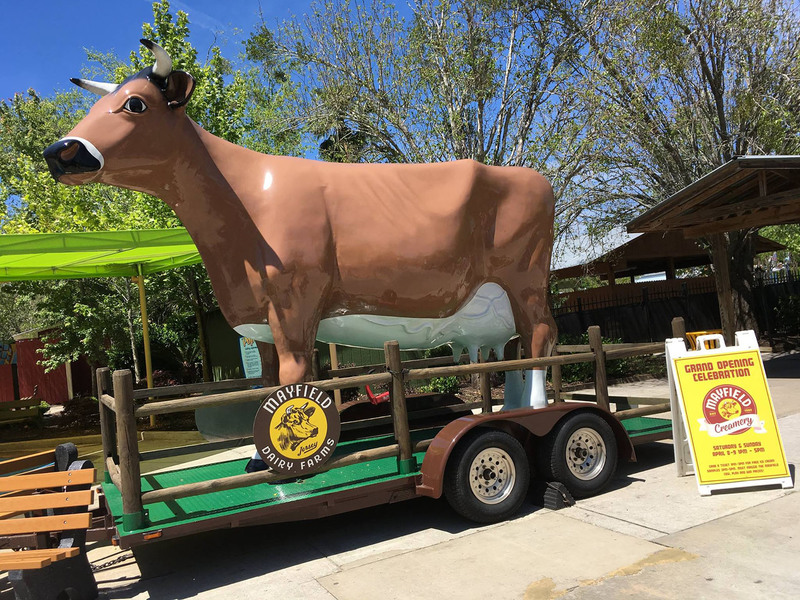 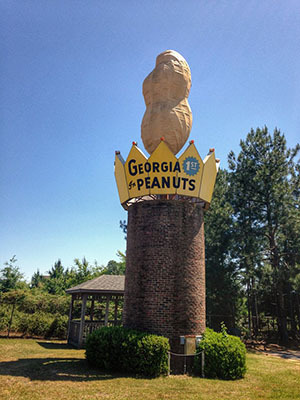 "mixologist" that promotes all of the new limited ice cream flavors Mayfield creates.

Honorable mention: About an hour away from the World’s Largest Peanut sits the Jimmy Carter Peanut in Plains Statue. Just like the former president, this 13-foot-tall statue has been grinning since Carter became president in 1976. As President Carter is a Georgian and former peanut farmer, it’s only appropriate this statue is in his hometown of Plains, Georgia. 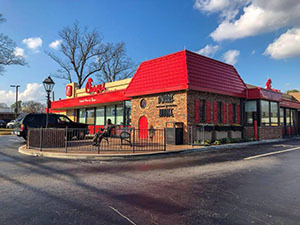 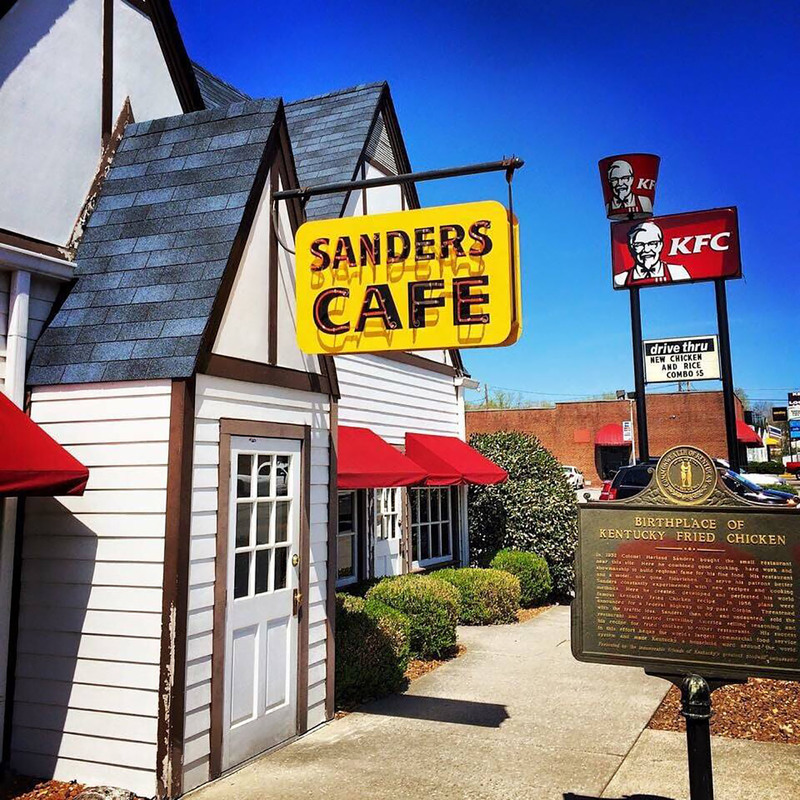 Harland Sanders Café and Museum in Corbin, Kentucky
Fans of Kentucky Fried Chicken should make the pilgrimage to its birthplace in Corbin, Kentucky. Colonel Harland Sanders developed the famous secret recipe that makes KFC so special in this café back in the ‘40s. In 1956 Sanders sold the café and began creating KFC franchises. In the late ‘80s the Sanders café underwent a major renovation to update the KFC restaurant and create an area for museum. Today, if you visit the café you’ll find fried chicken, of course, as well as memorabilia from the original café. 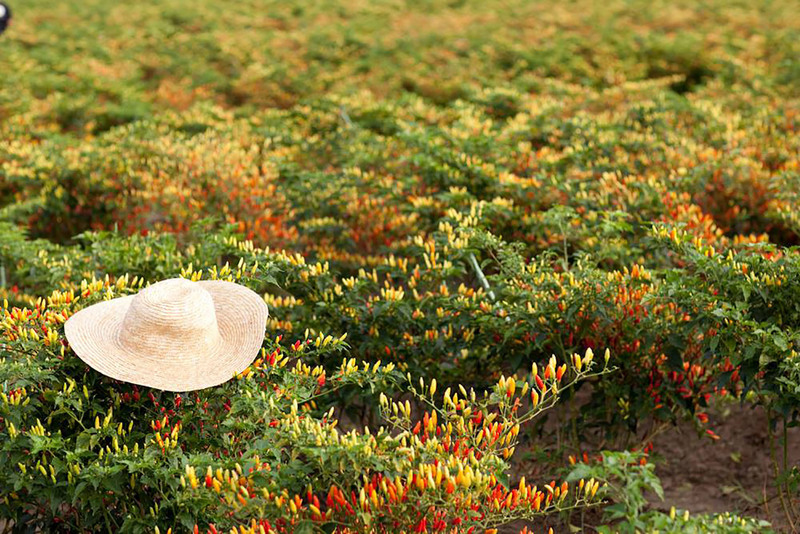 Avery Island, Home of Tabasco, Louisiana
We have a special place in our hearts for Tabasco hot sauce. Avery Island is the beautiful place where the fiery sauce has been made for the past five generations. Covered in pepper fields, the island houses the factory; the Tabasco restaurant, 1868; and a Tabasco museum. Take a tour of the factory or enjoy a culinary journey at the restaurant, which features Cajun cuisine and dishes that highlight the flavors of Tabasco. 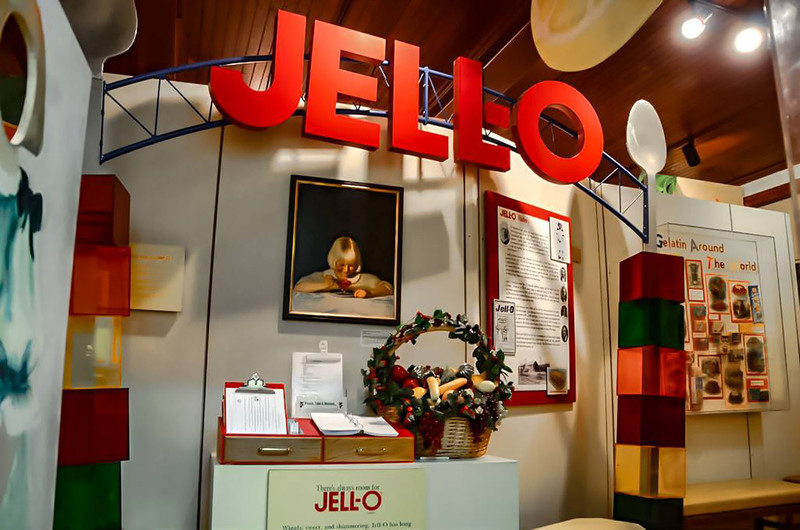 Jell-O Gallery in LeRoy, New York
Okay, so this food landmark isn’t in the South, but we’ve included it in this roundup because of its popularity in Southern kitchens. Whether you love it or hate it, Jell-O salad is a dish that we’ve been making for generations. Over 100 years ago Pearl Bixby Wait, a carpenter and cough syrup manufacturer, trademarked Jell-O, a gelatin dessert. The original flavors included strawberry, raspberry, orange and lemon. At the gallery, visitors can explore exhibits featuring memorabilia like original advertisements, recipe books, Jell-O molds and more. 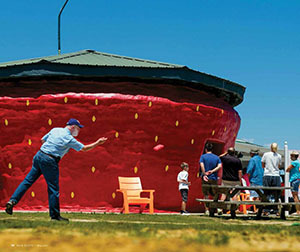 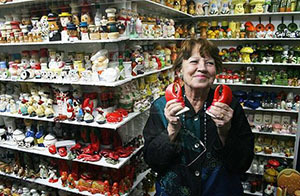 Salt & Pepper Shaker Museum in Gatlinburg, Tennessee
What began as a personal collection and fun hobby turned into an obsession for Andrea and Rolf Ludden. For the past 25 years, the pair have been picking up interesting salt and pepper shakers from near and far. No color, theme or shape is off limits in their collection. A visit to the museum will allow you to explore the more than 20,000 pairs of shakers the couple owns. The museum also houses over 1,500 pepper mills of all shapes and sizes. 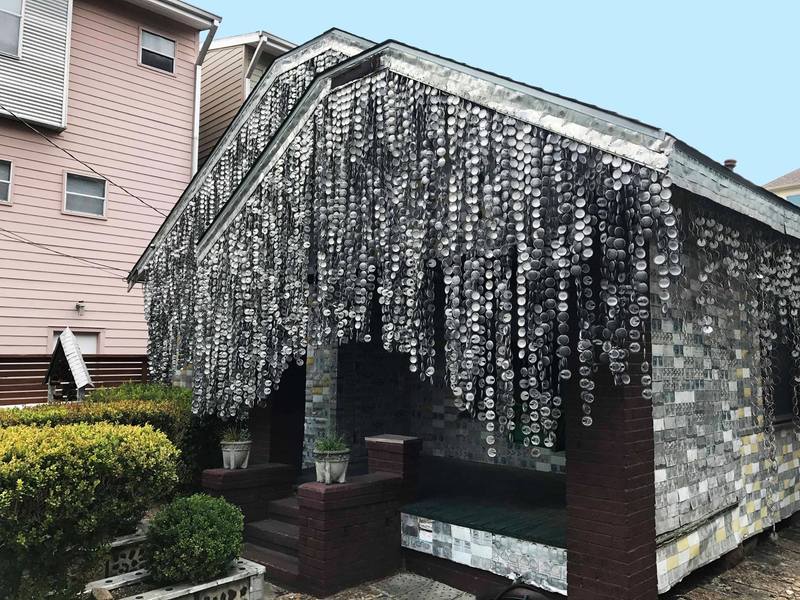 The Beer Can House in Houston, Texas
In 1968, retired upholsterer John Milkovisch began transforming his home into an art project. “He began inlaying thousands of marbles, rocks, and metal pieces into concrete and redwood to form unique landscaping features. When the entire front and back yard were completely covered because he "got sick of mowing the grass he turned to the house itself,” noted the Orange Show Center for Visionary Art.

The next phase of the project began when he started adding aluminum beer can siding to the house. It took over 18 years and close to 50,000 flattened beer cans to fully cover the house. The cans came from empties that John, his wife, family and neighbors helped him drink over those 18 years. The house is a monument to recycling and proof you can reuse everyday items.

The World’s Oldest Ham in Smithfield, Virginia
Smithfield, Virginia is the home to the famous Smithfield ham and the "World’s Oldest Edible Ham.” On July 7, 1902, local pork processor Pembroke D. Gwaltney Jr. misplaced a ham and it wasn’t rediscovered until decades later. The rediscovered ham proved you didn’t need to refrigerate meat in order to preserve it. Over the years the ham was passed down in the family until it was donated to The Isle of Wight Museum. The climate-controlled case keeps out mold and bugs, and it ensures the ham stays "edible." 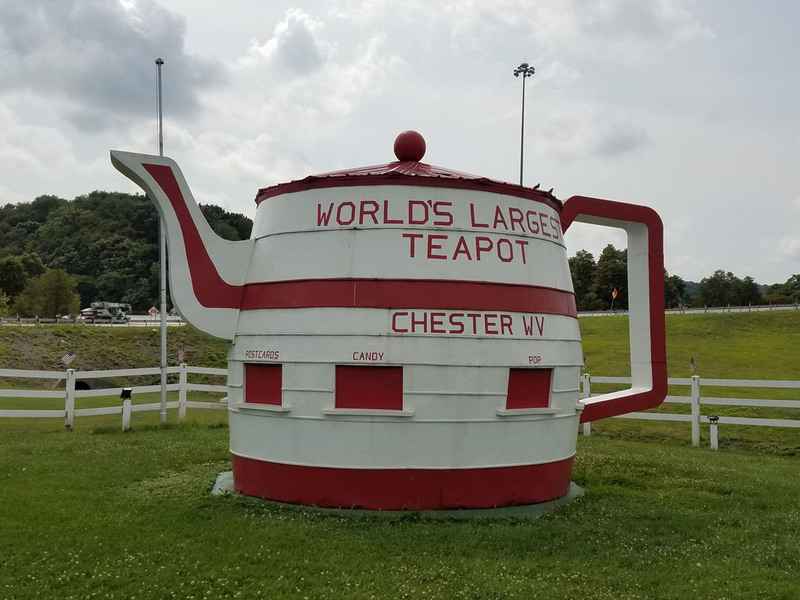 World's Largest Teapot in Chester, West Virginia
Standing at 12 feet tall and 44 feet wide, the “World’s Largest Teapot” wasn’t originally a teapot. Its original shape was a keg built for Hires Root Beer. In 1938 William Devon purchased the keg and brought it to Chester, where he converted it into a teapot by adding a lid, handle and spout. Until the ‘80s, the teapot sold teapots, of course, along with snacks and souvenirs, before going out of business. Even without an actual store, the teapot has been a road trip destination for travelers over the past 30 years. 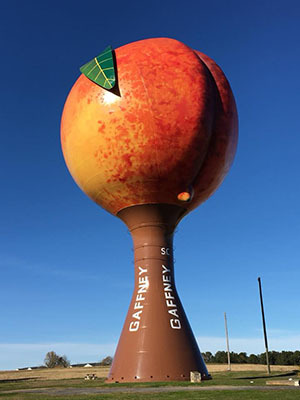 Water Towers painted like food
Southerners really like to paint water towers. Along with the name of a place, small towns and cities have transformed water towers across the South into giant works of food art. One of the most notable painted water towers is the Peachoid in Gaffney, South Carolina. Overlooking I-85, this water tower was built and painted in the shape of a peach in 1981. Standing at 135 feet tall, the one-million-gallon water tower represents one of the most popular types of produce produced in South Carolina.

Making a stop at the Maker’s Mark Distillery in Lebanon, Kentucky will leave you filled with bourbon and a chance to see the bourbon spilling down the water tower. While you can't unfortunately, get whiskey from the water tower, it is still a sight to see. This is a great place for a photo op with the “largest Maker’s pour in the World.”

Other honorable mentions in this category include the watermelon water tower in Luling, Texas; strawberry water tower in Poteet, Texas and Plant City, Florida; and the basket of apples water tower in Mount Jackson, Virginia.