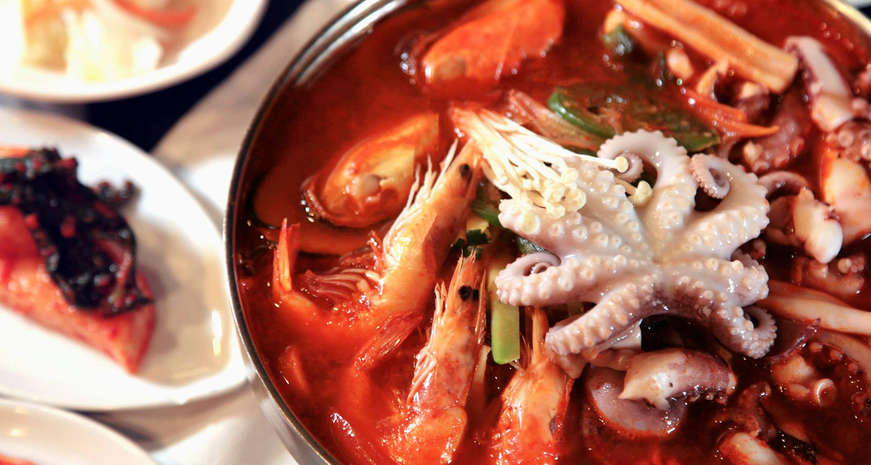 13 places to eat Korean BBQ, bibimbap and more around the South

The 2018 Winter Olympics will begin Friday night in PyeongChang, South Korea. While we would love to be there in person cheering on Team USA, most of us will be at home watching from our couches.

We encourage everyone watching ice dancing and bobsled racing to get even more into the Olympic spirit by taking a leap into Korean food. To help, we've rounded up 13 of our favorite Korean restaurants from around the South. Click the arrows above to see all of the delicious food. 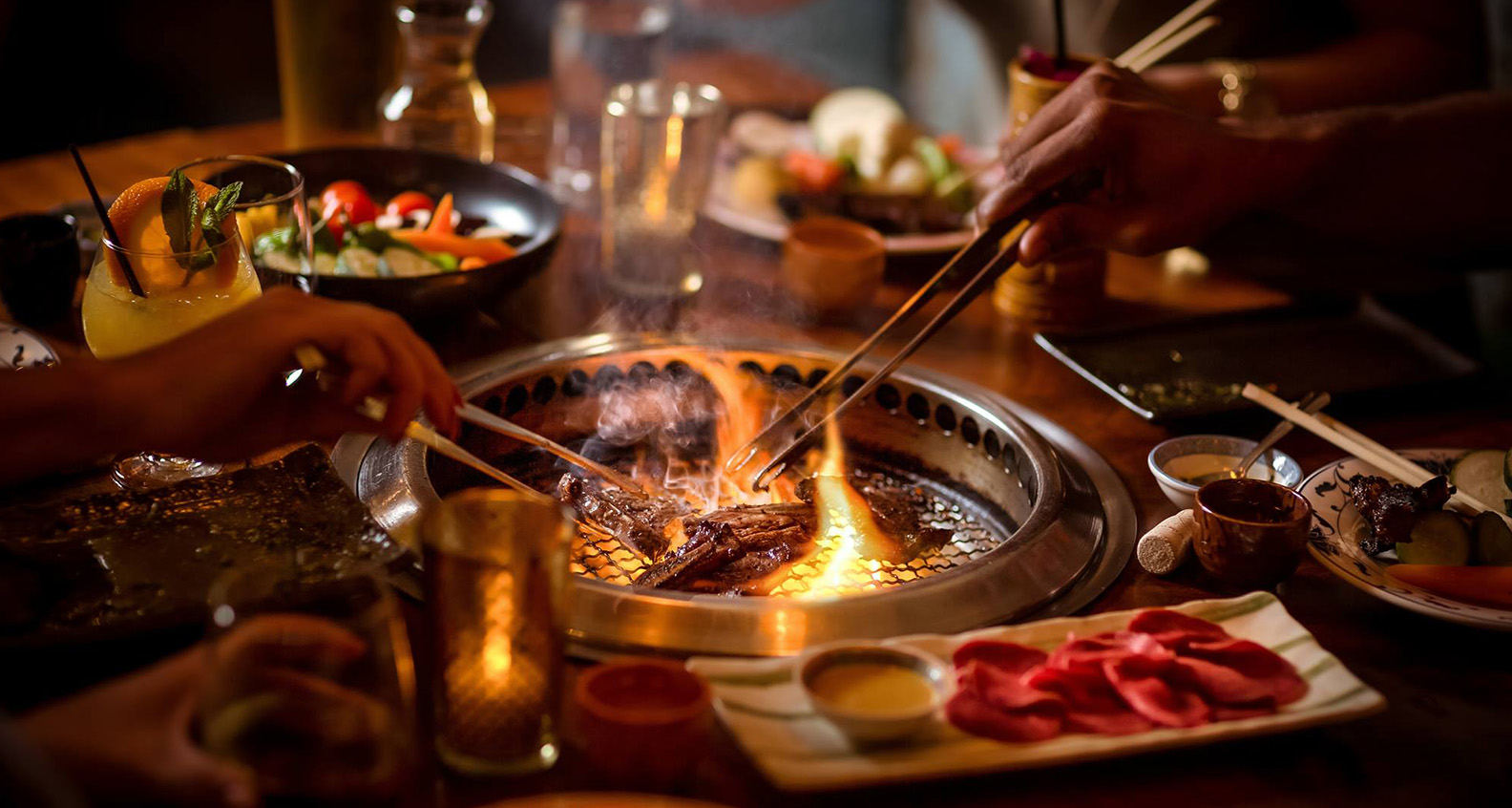 At Drunken Dragon, you can sip on a tiki-themed cocktail while barbecuing your own meal over the tableside grills. The communal Korean barbecue tables allow guests to roast their meat and vegetables without having to stand up — an important fact when you're eating this much meat. Executive Chef Xavier Torres has created a menu inspired by not only Korea, but all of Asia, in order to give diners a chance to enjoy everything from small plates to large, sharable family-style dishes. Some of the grill-it-yourself options include short rib, octopus and bulgogi. We'll take all three, please. 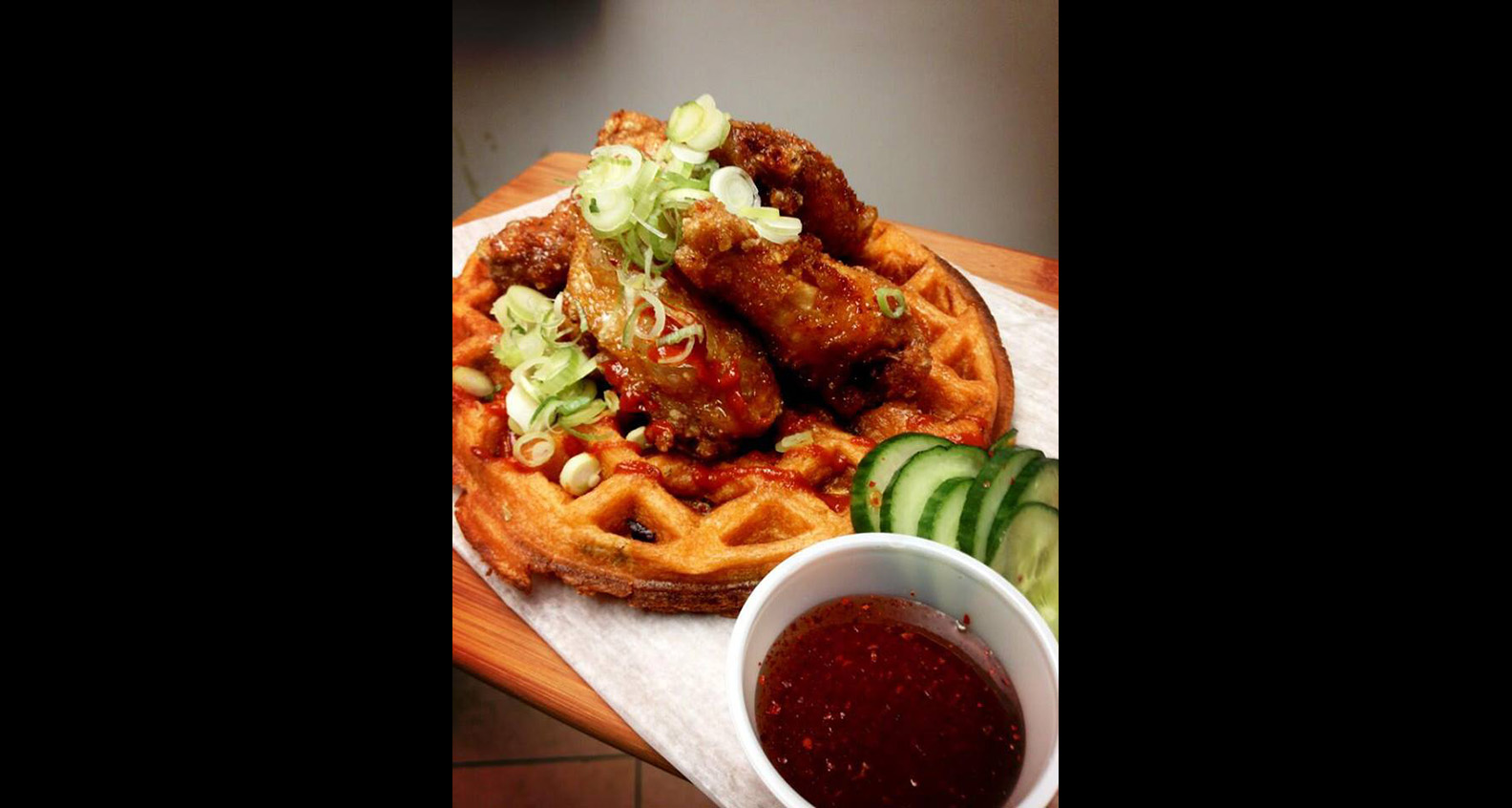 After working across Asia and New York City, Chef Richard Hales wanted to bring his favorite flavors to Miami using the best ingredients possible. At Sakaya Kitchen, Hales has created an Asian fusion menu where everything is made in house. Some of the Korean dishes that stand out on the menu include the spicy Korean tater tots, Korean fried chicken, and South Korean pulled pork barbecue sliders. 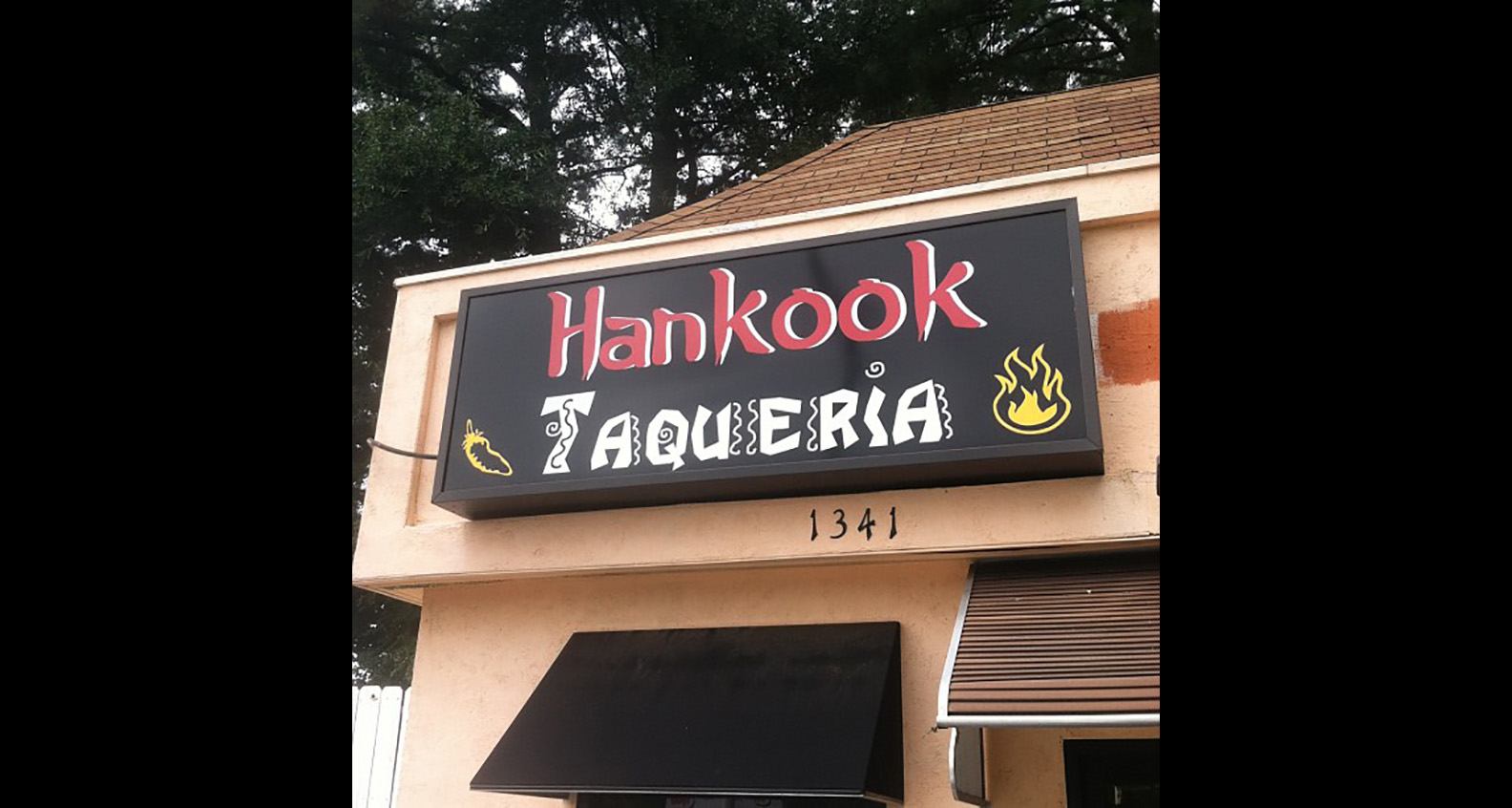 The food at Hankook Taqueria is a happy marriage between Mexican and Korean food. Diners can choose from burritos and tacos filled with Korean meats and spices. The “street snacks” portion of the menu offers yummy sides like sesame fries, fried dumplings and nachos topped with bulgogi. Executive chef Tomas Lee's second restaurant, Takorea, operates under a similar concept. 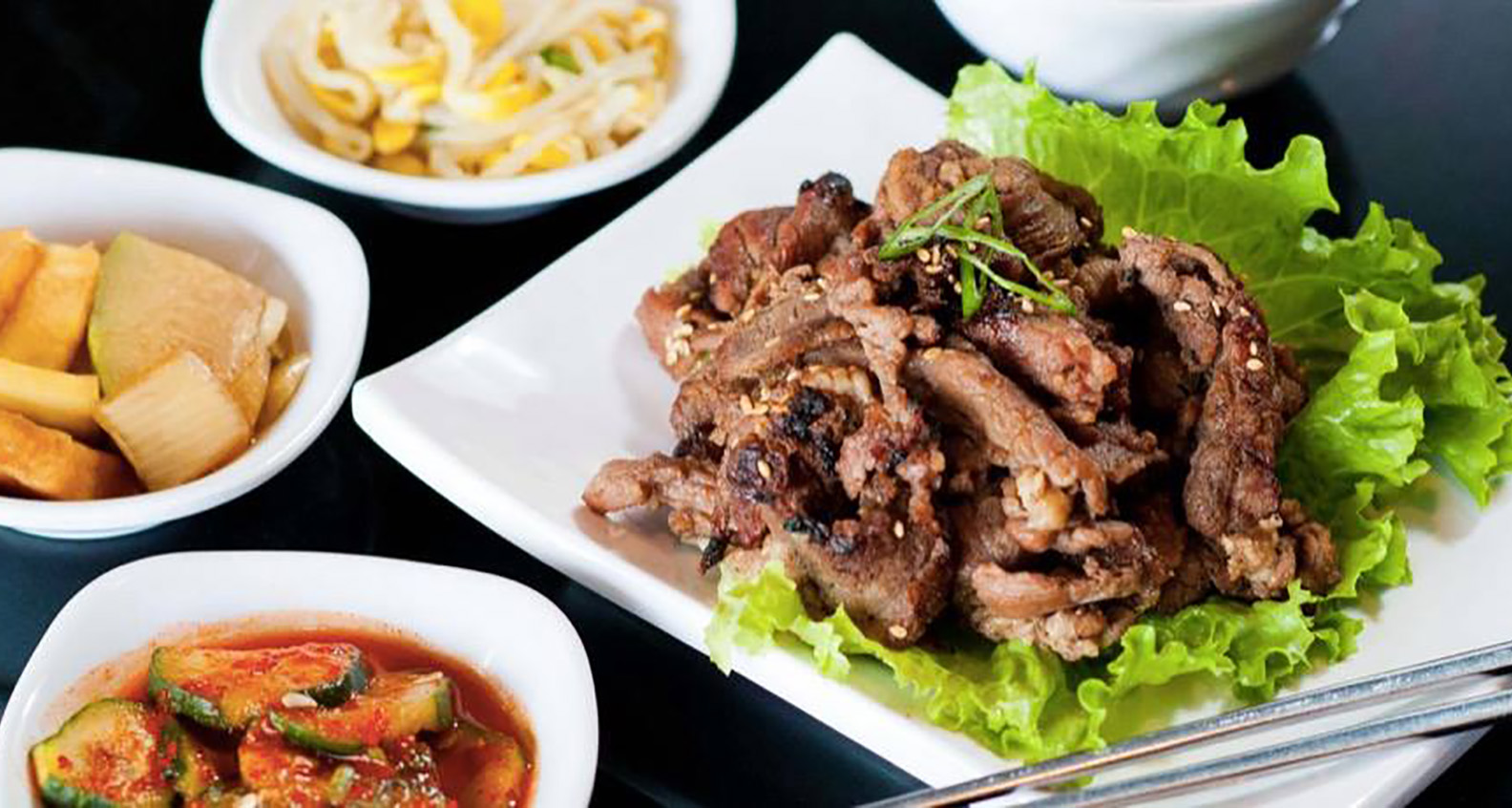 In 2016, Breakers Korean BBQ was named the best Korean barbecue restaurant in the country. Beating out countless other restaurants across the country, Breakers serves K-BBQ and other mouthwatering dishes in a sophisticated modern setting. Each entrée is pre-cooked over charcoal to give it a smoky flavor before being grilled in front of customers to their desired temperature.

One other factor that sets Breakers apart from other Korean BBQ restaurants — the smell. In his 2015 review of the restaurant, Atlanta Journal-Constitution restaurant critic Wyatt Williams explained: “Breakers may have the least smell of any restaurant you’ve ever been in, despite the fact that the food is cooked at your table. The propane-fired, cast-iron cooker that occupies the center of every table is fitted with a ventilation system that sucks the aroma of food away before it ever reaches your nose. And, if you look above your head, an impressive number of vents line the ceiling, capturing any other stray bit of smoke or pumping out cold air, I suppose. Our loquacious server explained: ‘What are most people’s complaints about Korean barbecue? That the room is smoky and hot and they leave with their clothes smelling like the food.’ … Most people don’t like smelling like what they ate for dinner.” In other words, feel free to wear your favorite wool sweater. 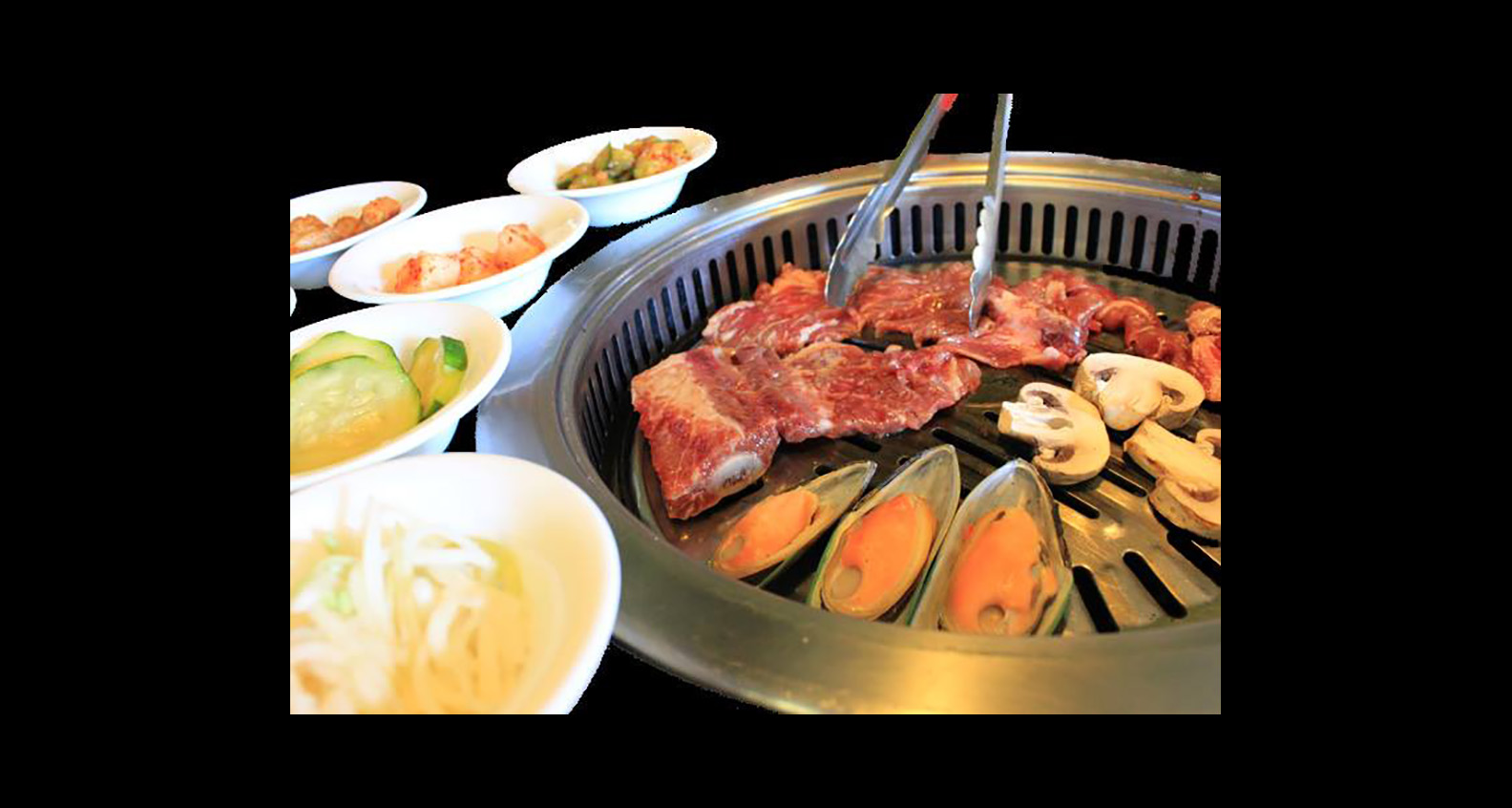 Whether you dine-in or take out, at Arirang you’ll find big Korean flavors in each of its dishes. Start your meal with steamed dumplings or squid tempura before moving on to noodle and rice dishes, plus grilled squid, pork belly and beef tongue. We guarantee you'll be full when you walk out. 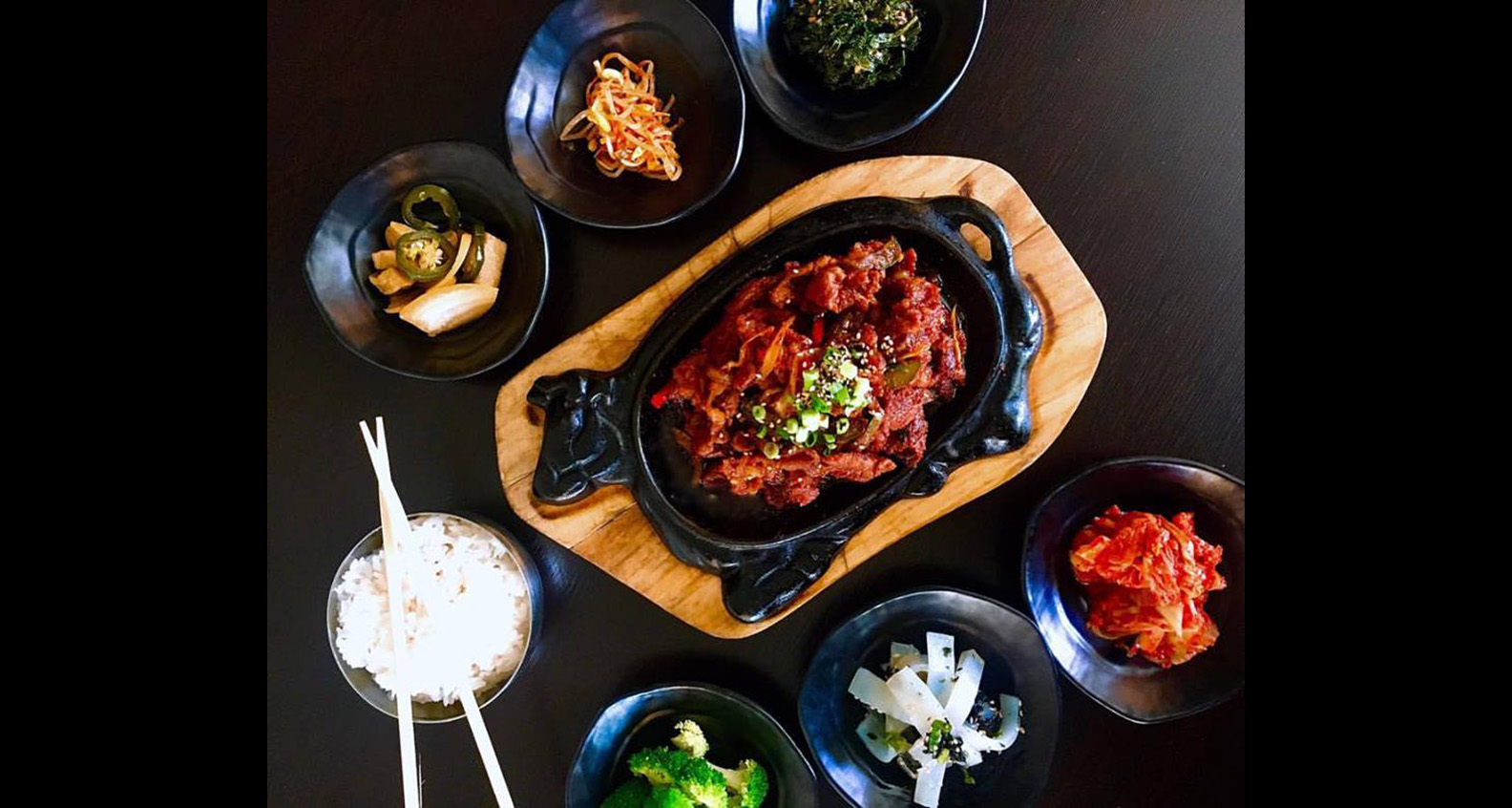 At Little Korea BBQ, diners are once again treated with the opportunity to grill their own meat, such as bulgogi or pork belly, under the guidance of a server. While the meat is sizzling and cooking in front of you, you don’t have to go hungry. The restaurant offers other dishes like dolsot bibimbap, fried dumplings and kimchi pancakes to tide you over. 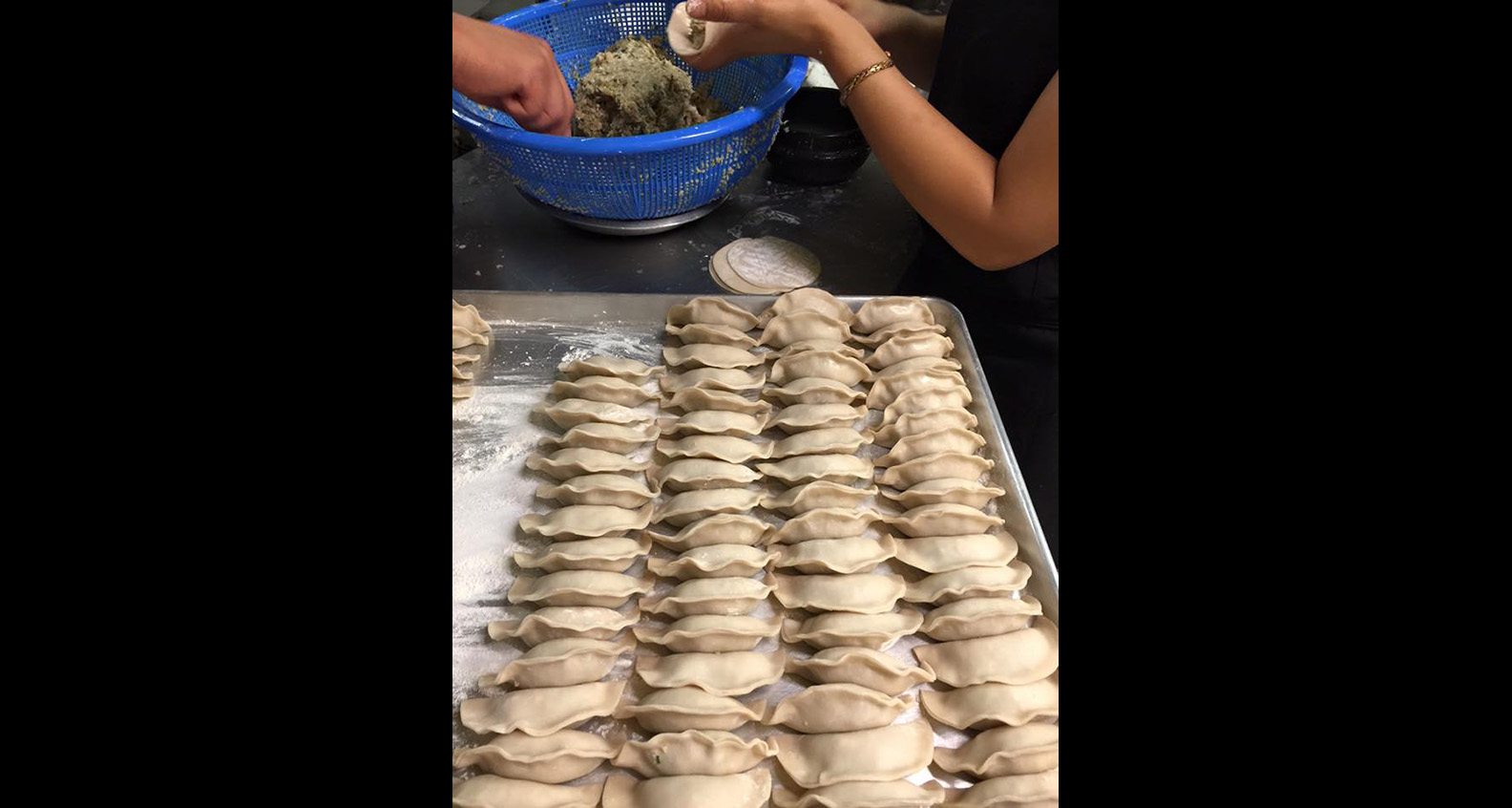 Since opening in 2014, Korean House has been a popular destination in Asheville. To create a unique dining experience, the restaurant has table top grills that allows customers to grill their own meat. If you want to take a night off from all that grilling, Korean House offers a full menu of Korean dishes, such as dolsot bibimbap and kimchi, you can order instead. 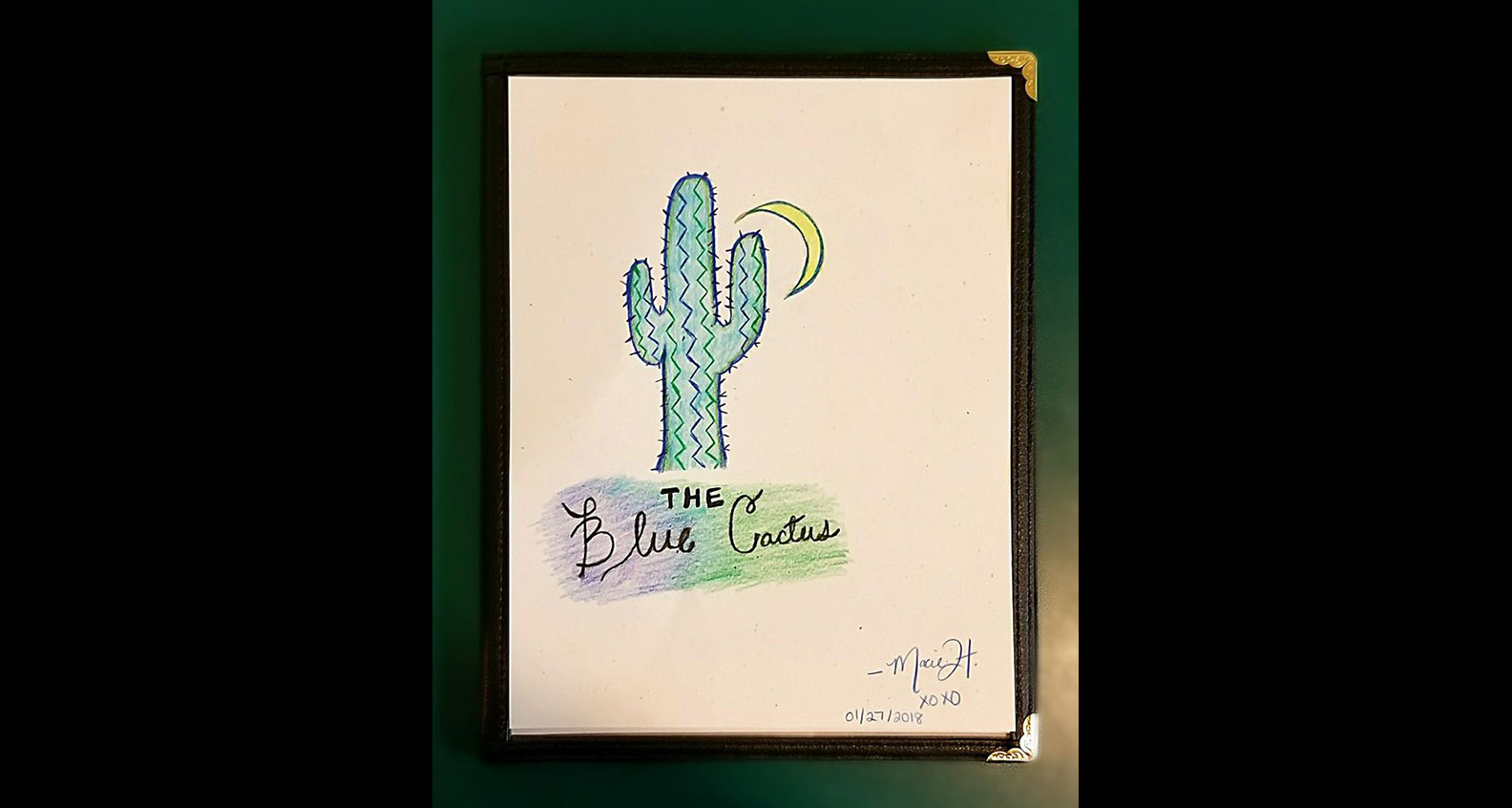 Korean and Tex-Mex food come together to create home-style food with attitude at Blue Cactus Café. The family-run business saw some change last year when owners Mary and Lloyd Reese retired and let daughter, Julie Ford, take the reins. The food at Blue Cactus takes time to prepare, and they don’t cut corners while making traditional bone broth and kimchi. If you’re in the Five Points neighborhood, stop by and satisfy your Korean food cravings. 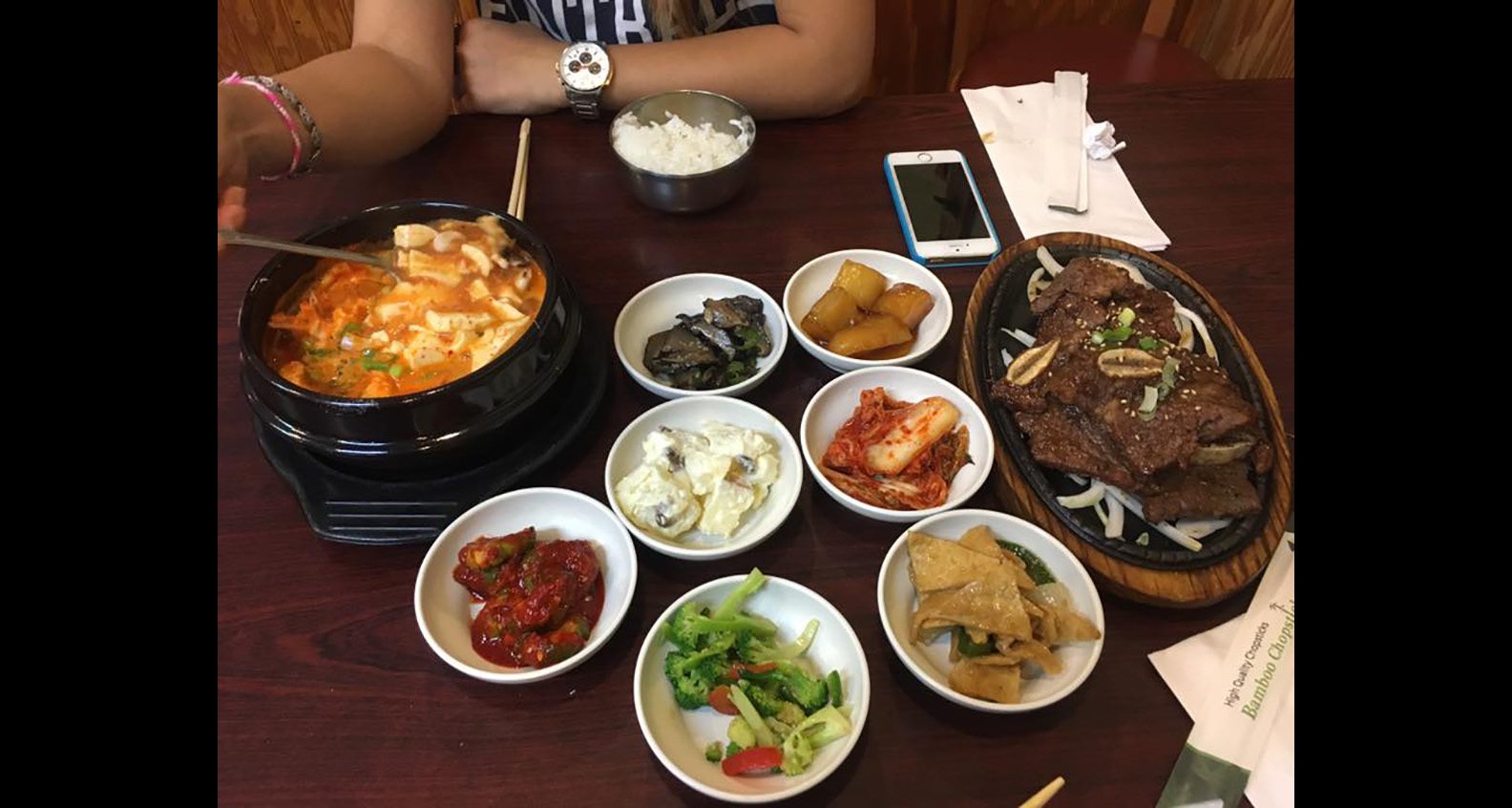 For over a decade, Hai Woon Dai has been serving up some of the best Korean food in Tennessee. Nashville Scene recommends trying small plates like the seafood pancake appetizer; sliced pork belly, which is grilled in front of you at your table; and the gamja tang, a traditional pork backbone and potato stew. 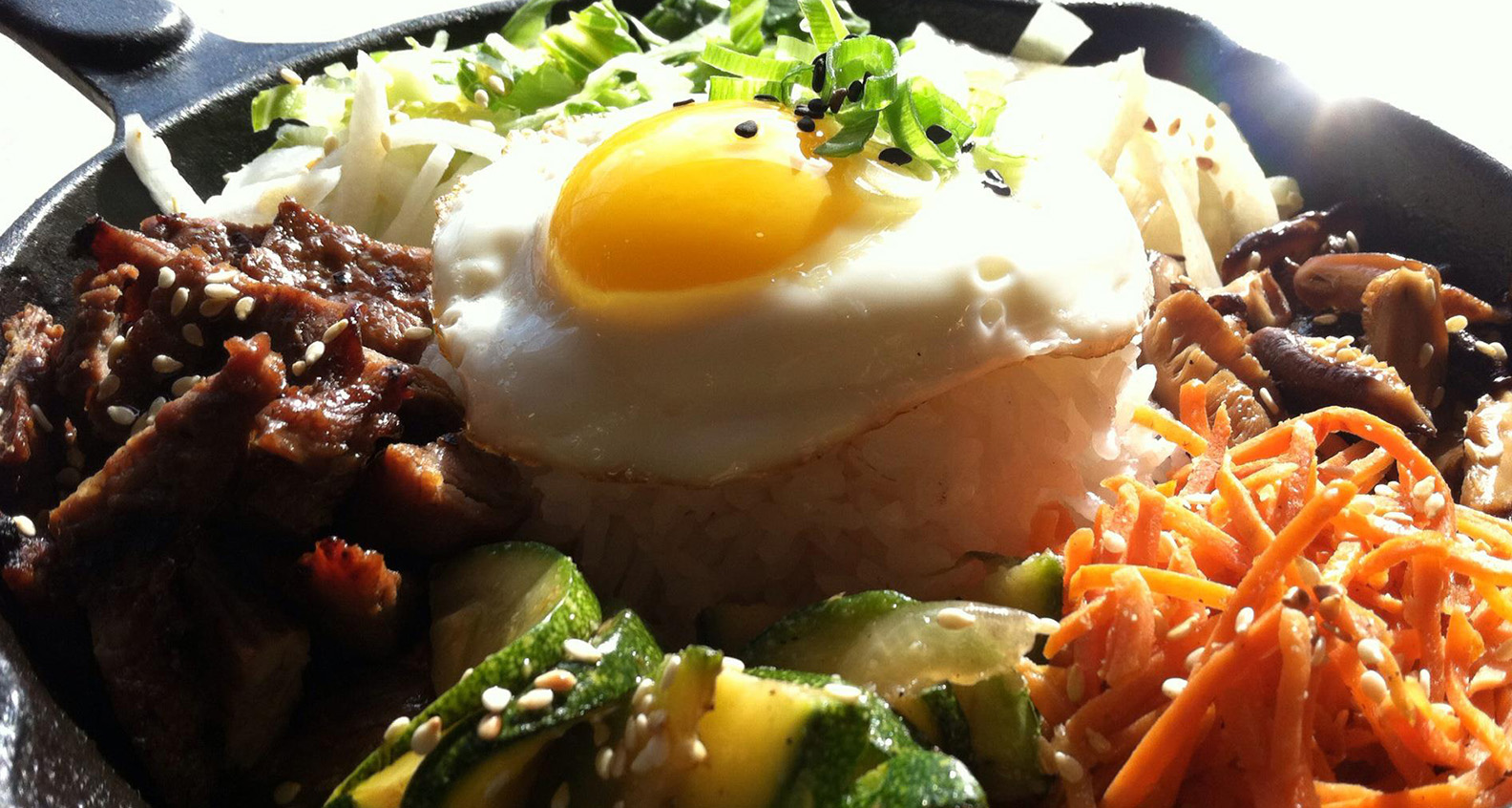 In 2010, Chris and Hanna Lee opened Soy Teriyaki Bistro, a fast-casual Korean restaurant, in Brentwood. Along with traditional Korean dishes like bibimbap, the couple has put a modern twist on others, such as Korean tacos. 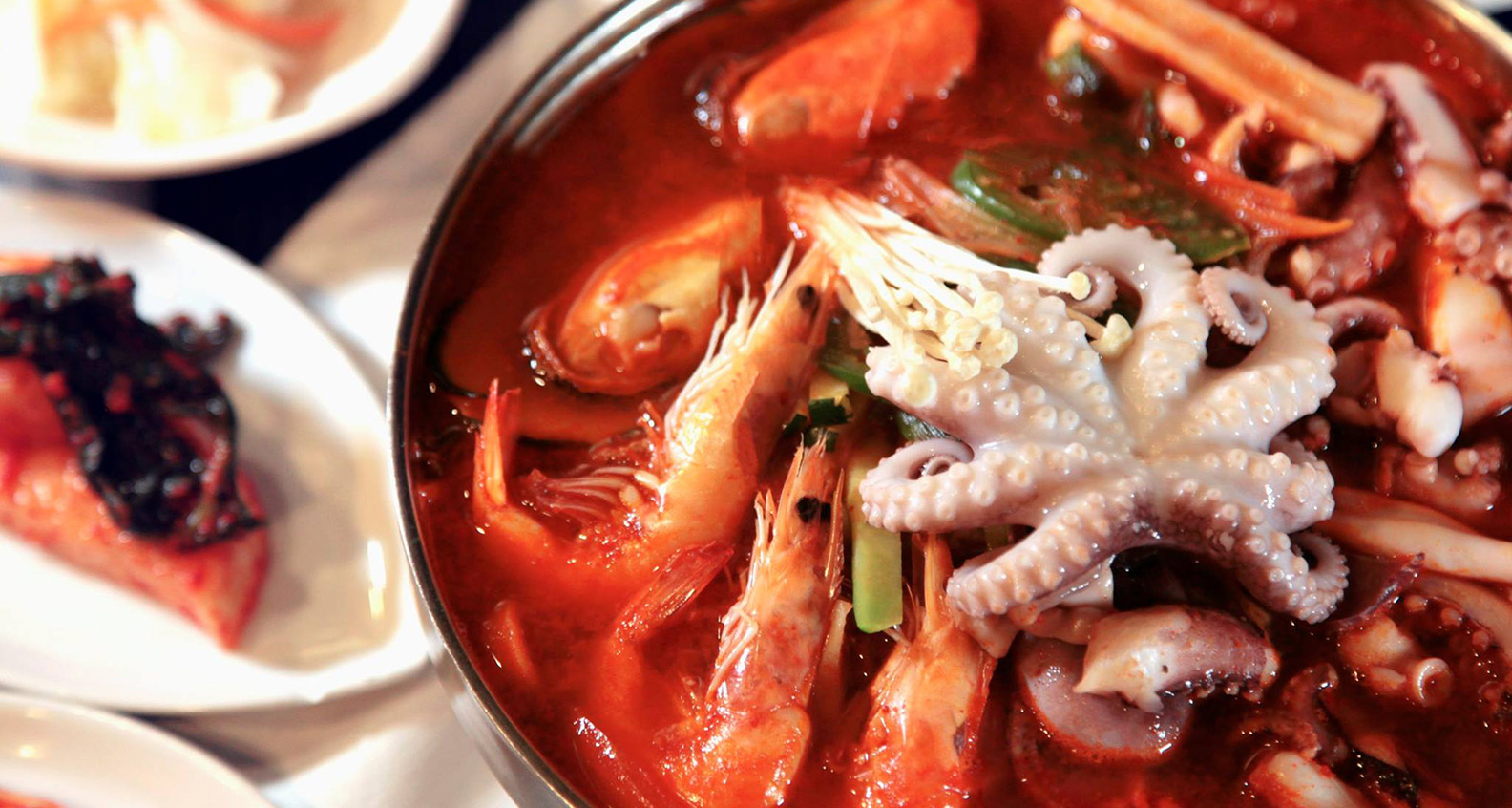 Make sure to come to Gui-Rock Korean BBQ hungry, with a few friends in tow. The food at this Korean barbecue is meant to be shared after you've grilled it tableside. For around $30 a person, you can share a meal of three different meats, plus all the side dishes you desire. 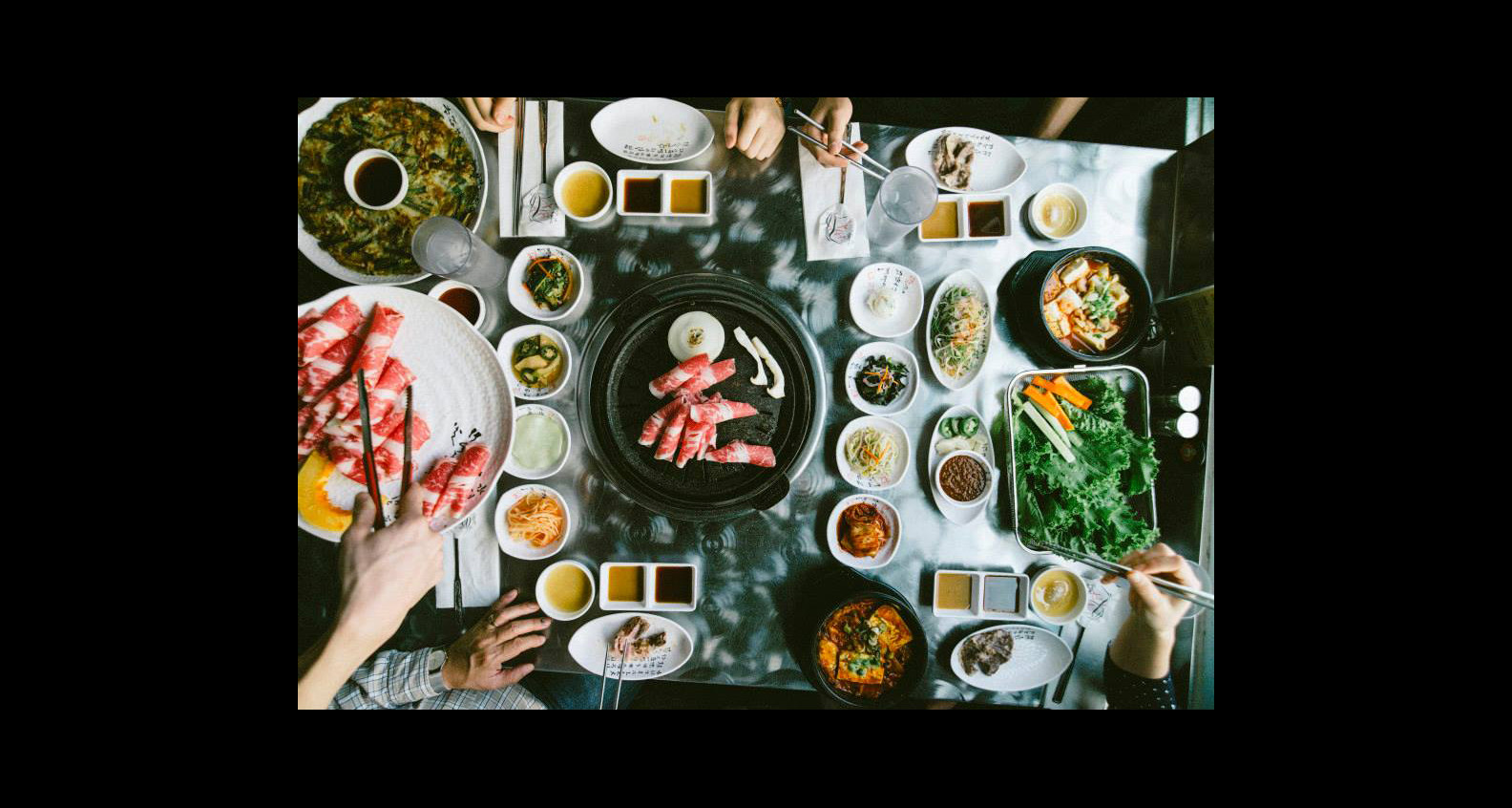 Sylvia Cho and her family run two of the best Korean BBQ restaurants in the Washington D.C. area. Kogiya has been on the Washingtoninan’s 100 Best Restaurants List and specializes in giving diners an authentic BBQ experience using the best ingredients and meats. Cho and her family opened up a second, much larger, restaurant, So Korean BBQ, last year. The menu is similar, but with the addition of a bar, they have included snacks, like Korean fried chicken and tater tots topped with gochujang, to the spread. 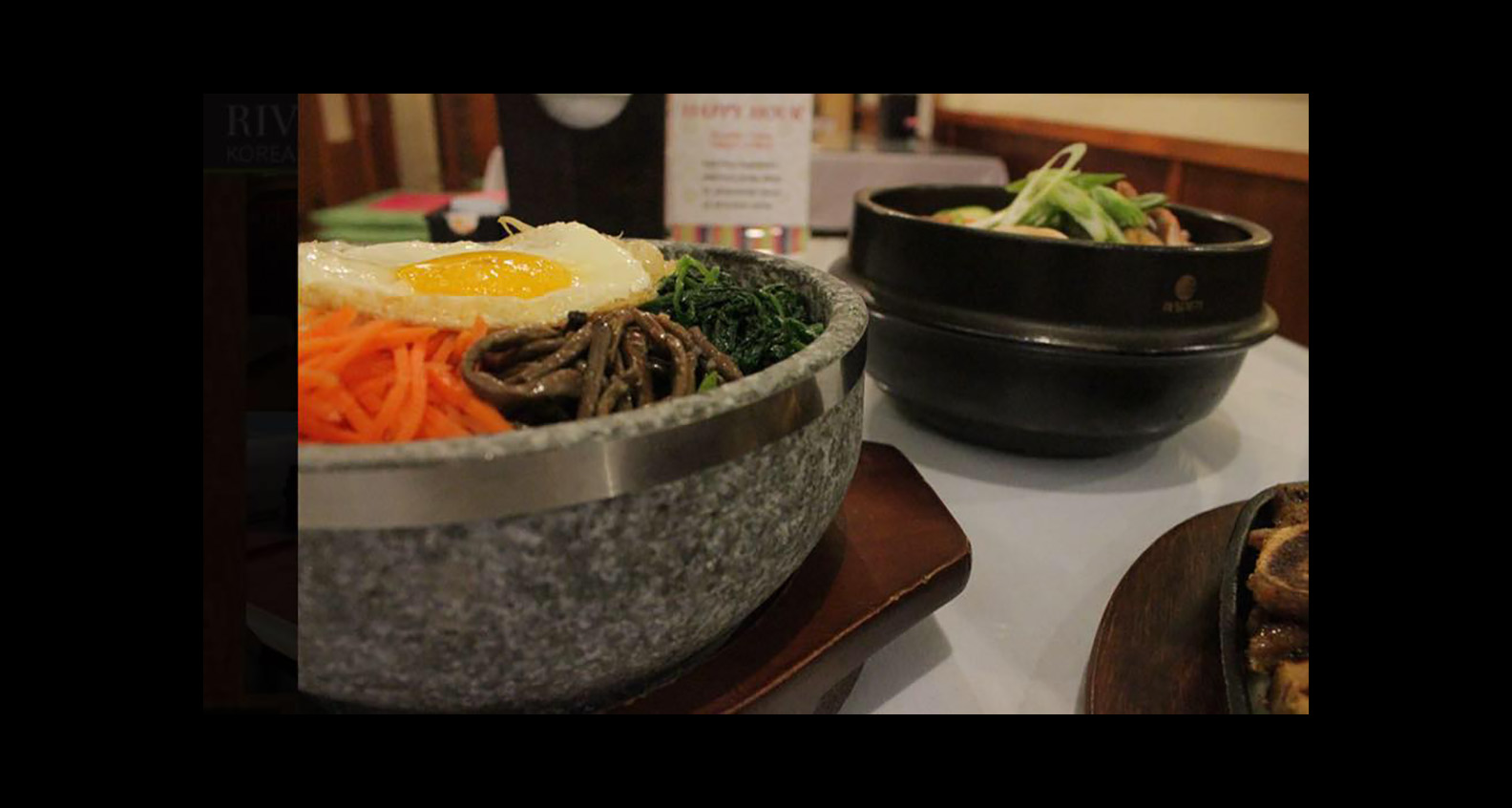 Yes, even in Kentucky you can find great Korean food. At Riverside Korean Restaurant, its signature dish is dolsot bibimbap served in a hot stone bowl. Or, if rice bowls aren't your thing, Chef Bruce Kim has created a menu full of other traditional recipes. To make the dining experience even more authentic, you can trade in an American-style booth or table for a Korean-style floor table.