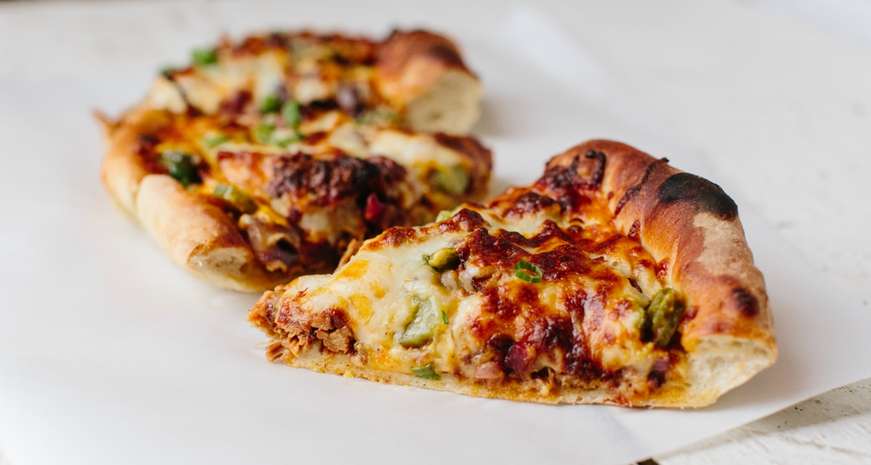 15 of our easiest, flavor-packed recipes, perfect for beginner cooks

So you’ve recently graduated and are moving into your first apartment. During college you might have been able to get away with some creative cooking, but now that you’re in the real world — with a real kitchen — it's time to master some new recipes. Luckily, there are plenty of simple-to-prepare Southern recipes, both classic and newfangled, that you can easily add to your repertoire. Here are 10 of our favorites. 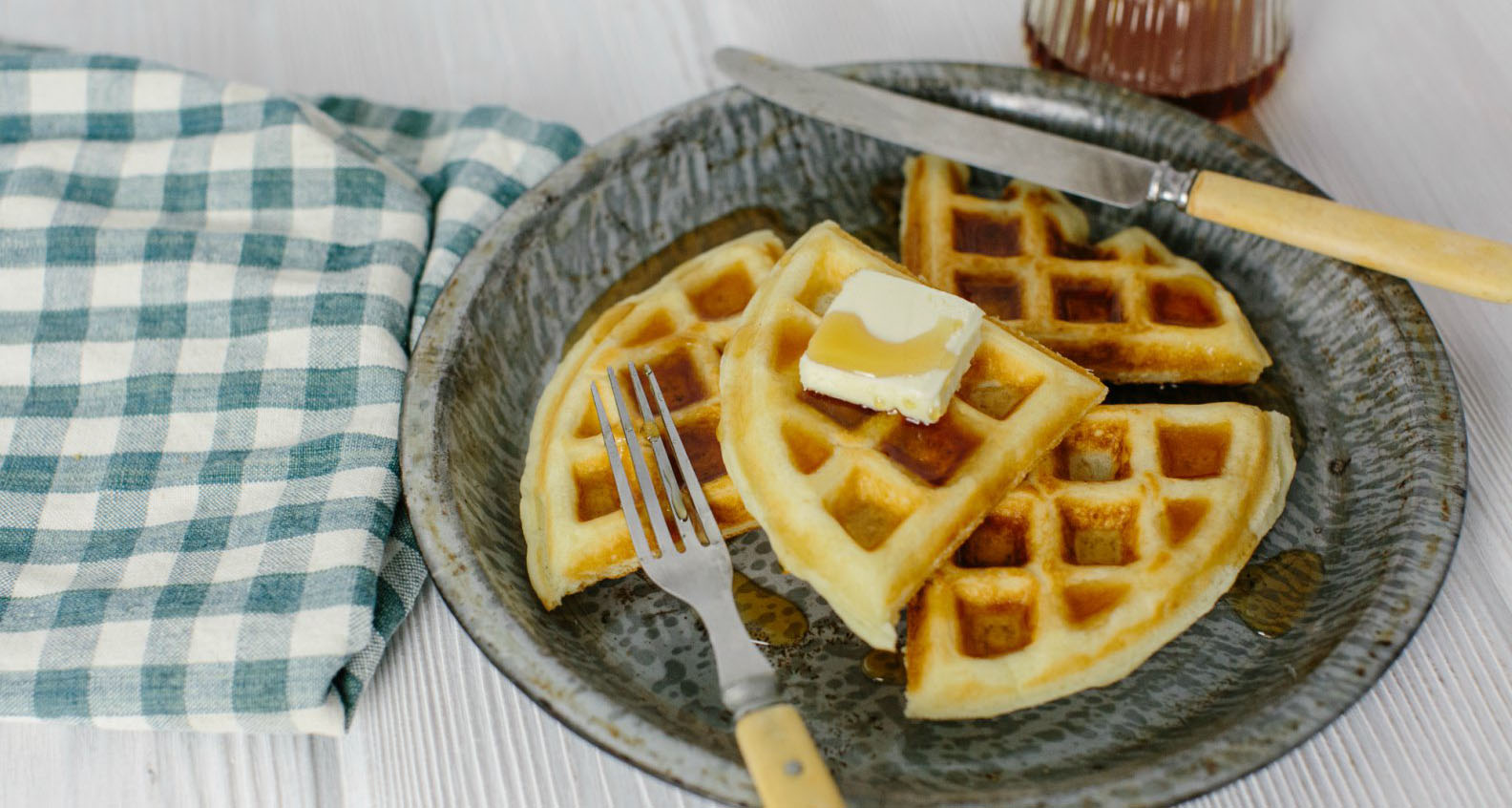 Buttermilk Waffles
Buttermilk waffles covered in a generous drizzle of syrup are a pretty sweet way to start the day. But do us a favor, stay away from the boxed stuff. Making waffle batter from scratch may take a little longer (barely), but it will be worth it, especially if you top the final result with your favorite fried chicken.
Get the recipe 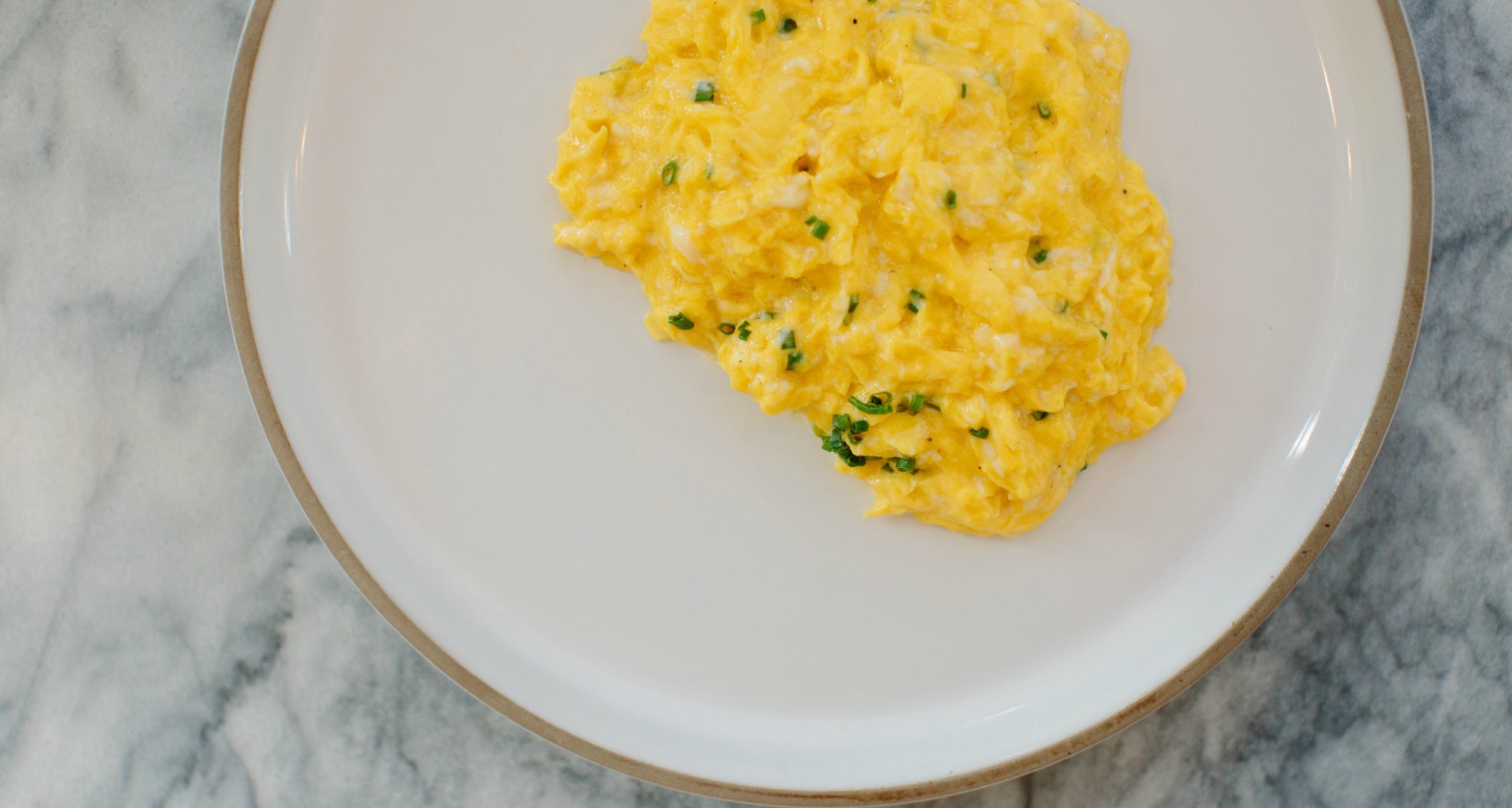 Perfect Scrambled Eggs
Scrambled eggs may seem very simple, but making perfect scrambled eggs with soft, creamy curds is the hallmark of a great cook. But don't fret — we've got plenty of tips and encouragement to help you become an expert in no time.
Get the recipe 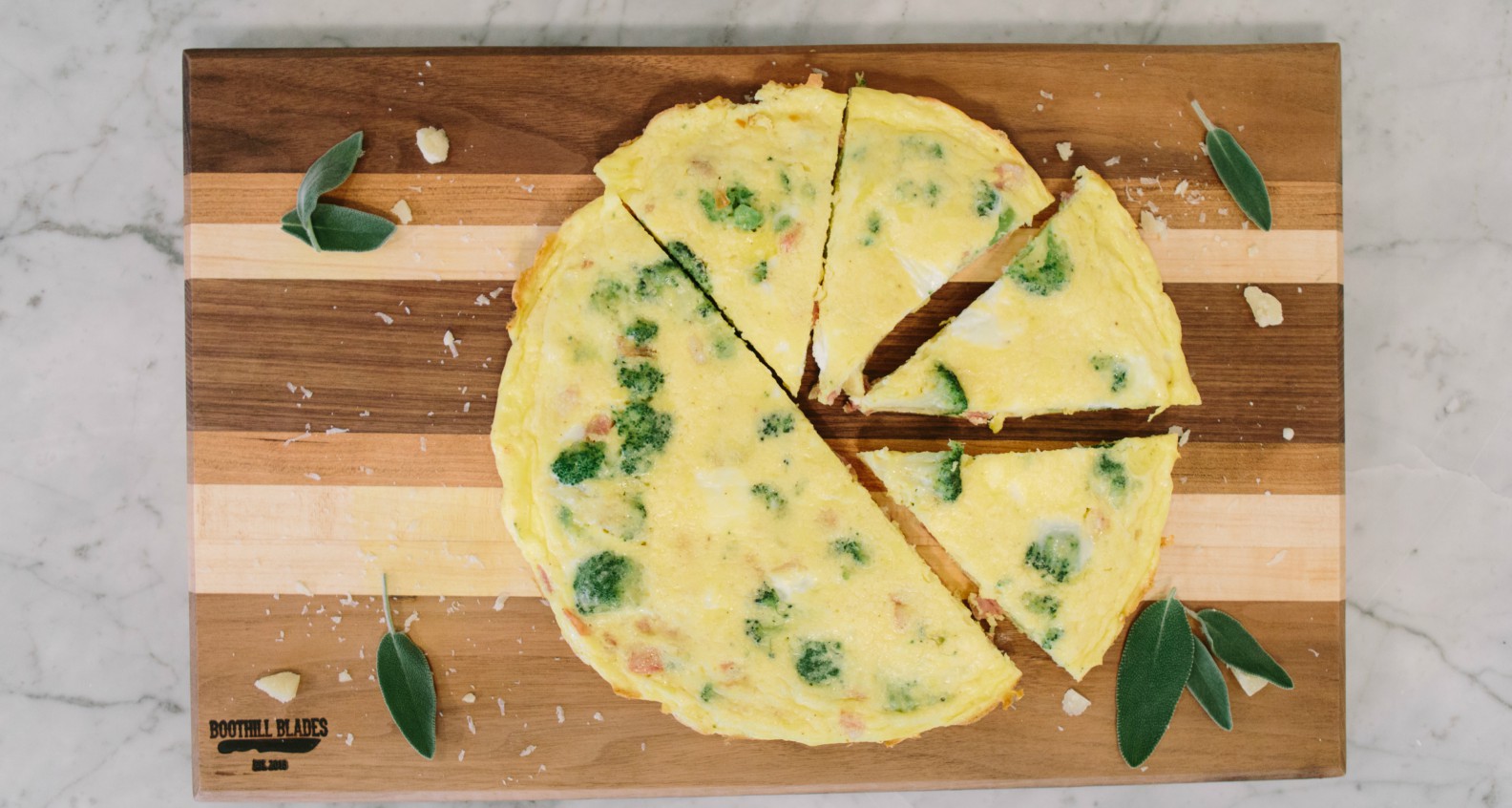 Country Ham and Broccoli Frittata
Think of a frittata as a crustless quiche, or an omelet without any pressure of the ever-treacherous flip. It’s a great one-pan wonder that can easily feed a small group, and can be a perfect outlet for any cooked meats or vegetables you may already have in your refrigerator. Better yet, this dish takes less than a half hour to put together, and you won’t be stuck with a ton of dishes to wash after brunch.
Get the recipe 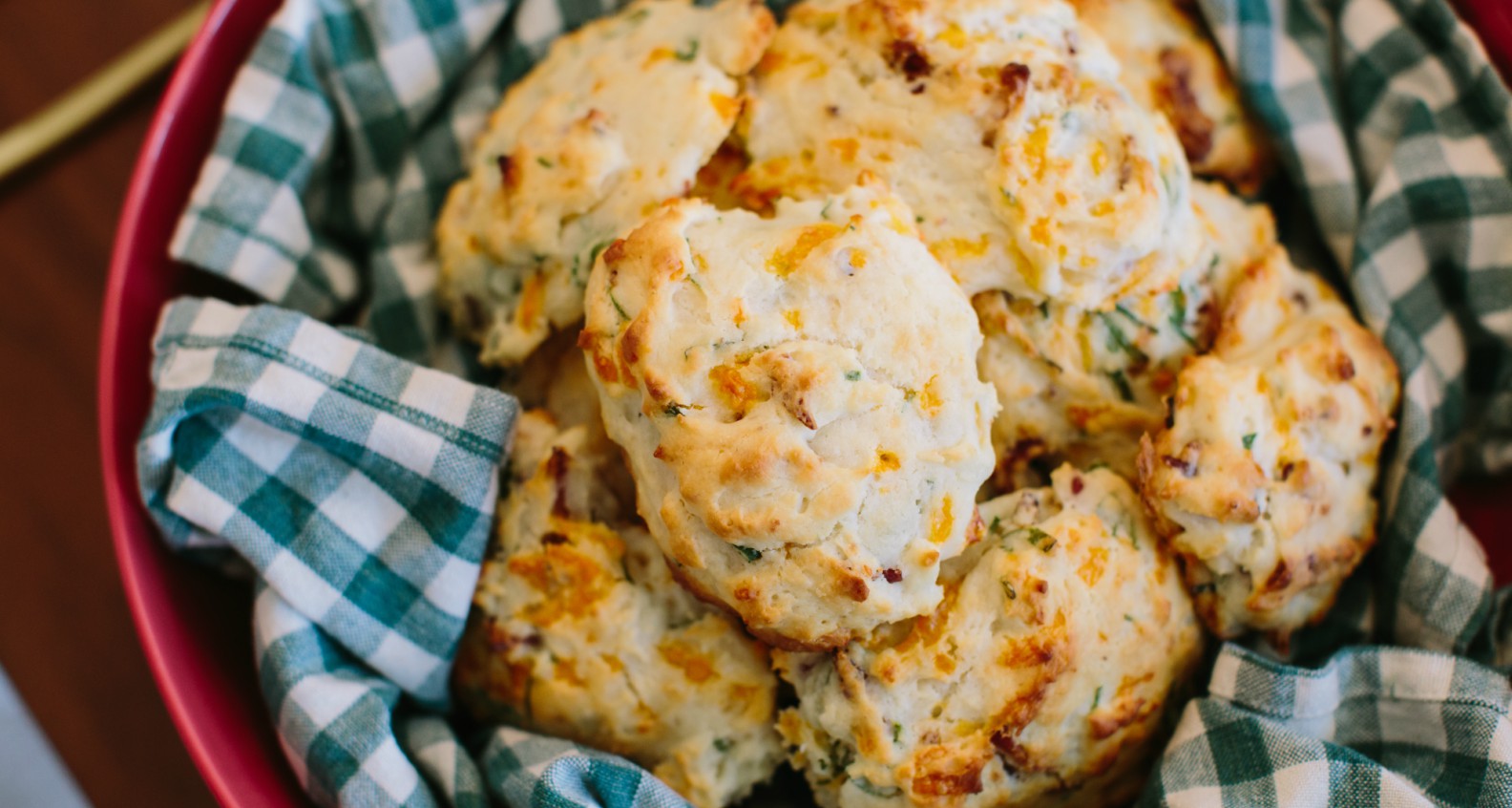 Bacon-Cheddar Drop Biscuits
Making homemade flaky biscuits at home may sound like a daunting task, and it’s okay if you’re not up to the task. Instead, try an easier method that requires little more than stirring and scooping — the drop biscuit. Whether you serve them as a side dish for breakfast or dinner, these bacon-cheddar drop biscuits will be the star of your plate.
Get the recipe 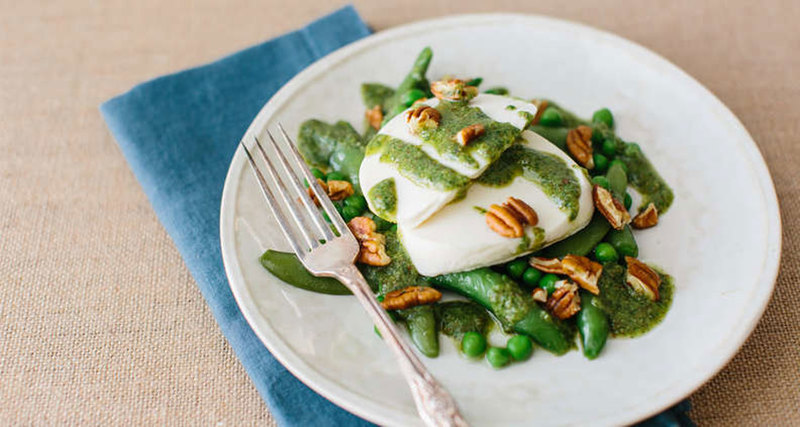 Spring Pea Salad with Mozzarella and Pecan Pesto
A neutral cheese, such as a creamy mozzarella, truly enhances the subtle sweetness of fresh peas, but the pesto is what allows the dish to shine, as it brings nuttiness, acidity and herbaceous notes without overwhelming the other ingredients. When blanching green vegetables, make sure your water is as salty as the ocean before adding the veggies. Also, work in batches to ensure the water maintains a constant boil throughout.
Get the recipe 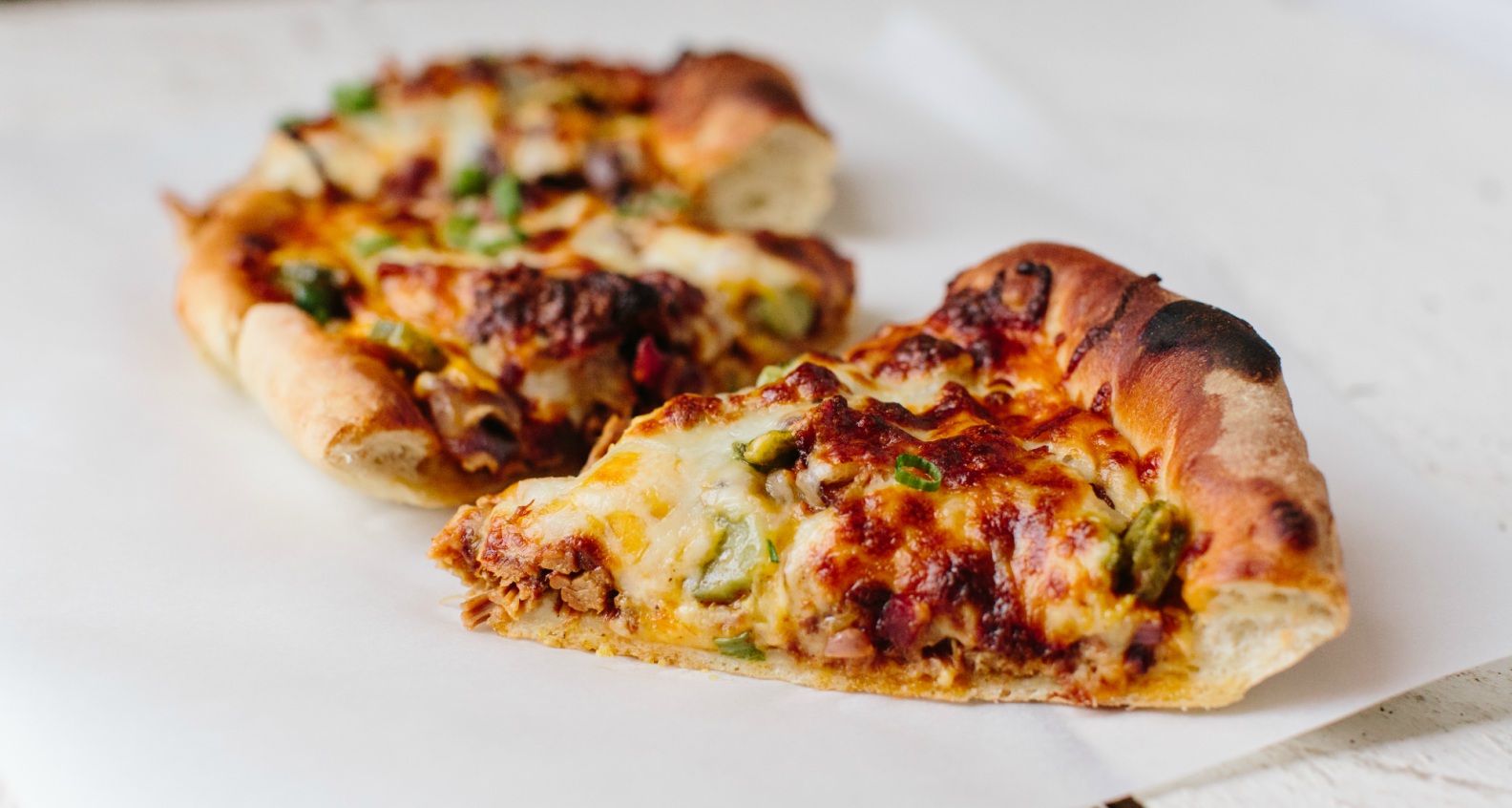 Cast Iron Barbecue Pork Pizza
Now that you're out in the real world, it's time to step away from delivery pizza (except in emergencies). Forget about cheap flavorless slices and make a pizza full of Southern flair. To make it easy, shape and cook the dough in a hot cast iron skillet and top it with pre-made or leftover ingredients. You can even find high-quality pizza dough at most grocery stores now, so your only challenge will be to practice your rolling pin skills.
Get the recipe 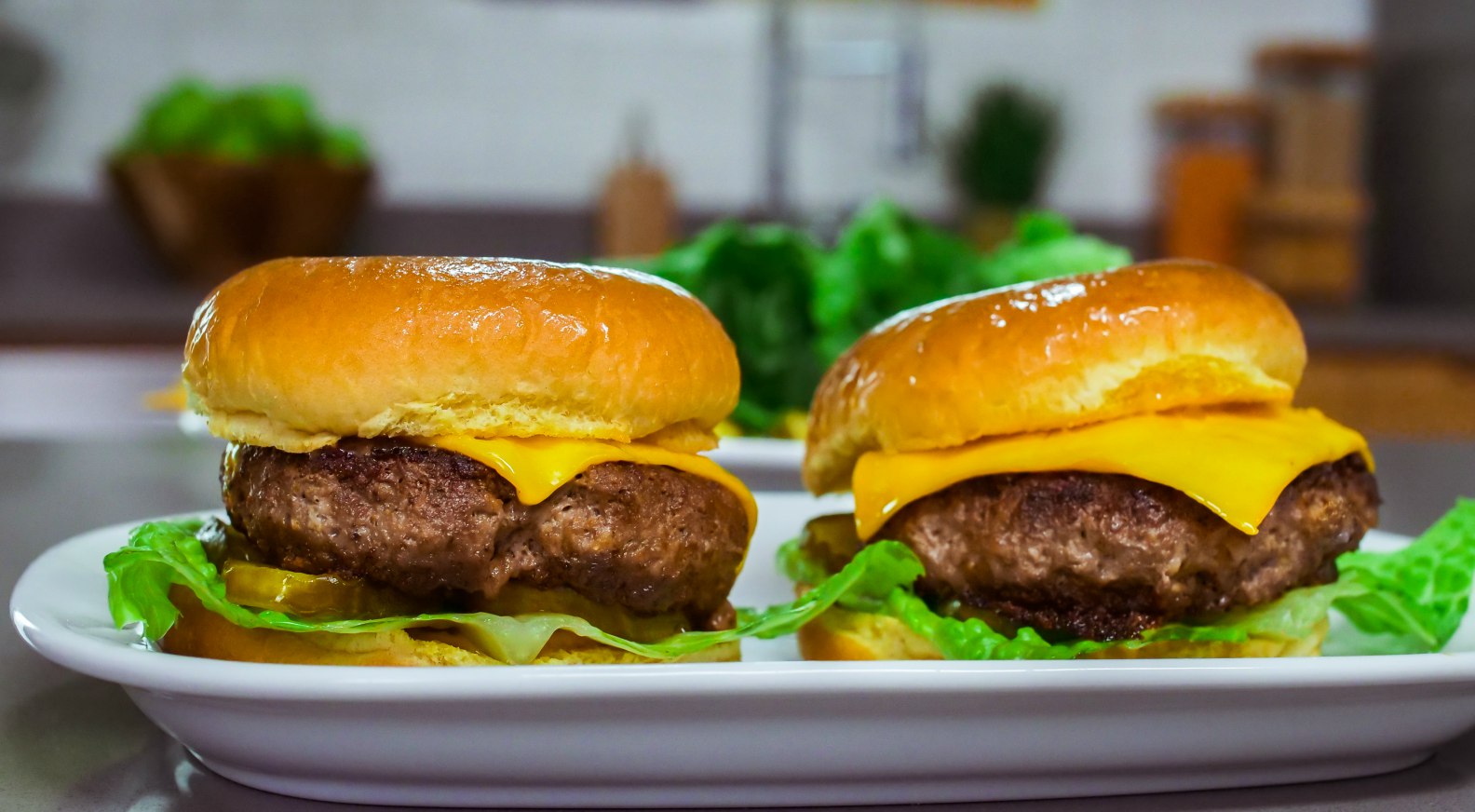 Smashed Burgers
For a fast summertime meal, we usually throw some burgers on the grill and let them cook while we enjoy an ice cold beer. While that’s a good option for an outdoor gathering, you don’t always have to break out the grill for a great burger. (And as a recent grad you might not have accessibility to a grill.) Instead, turn to your stove and break out a cast iron skillet. Cooking burgers (or any meat for that matter) in cast iron gives the meat a wonderful caramelized crust, and you can up that crisp exterior even more by giving each patty a good smash with our spatula as it cooks in the skillet.
Get the recipe 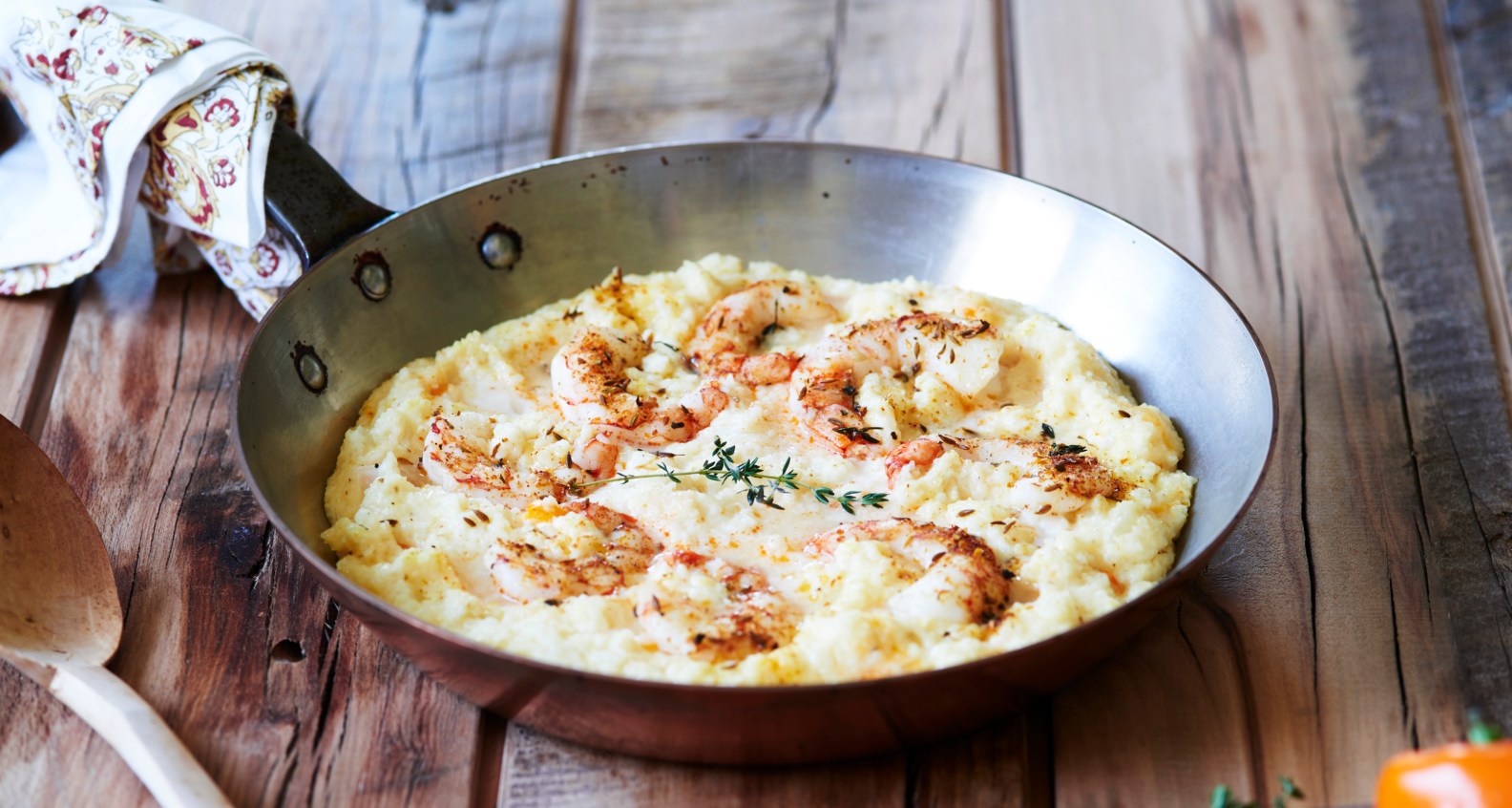 Anne Byrn’s Shrimp and Grits
This smart twist on classic low country shrimp and grits involves baking seasoned shrimp right in the grits. Not only is it easier than the traditional method, it also adds briny flavor directly to the grits themselves, and it keeps clean-up easy. Just make sure to use the best shrimp and the best stone-ground grits you can find.
Get the recipe 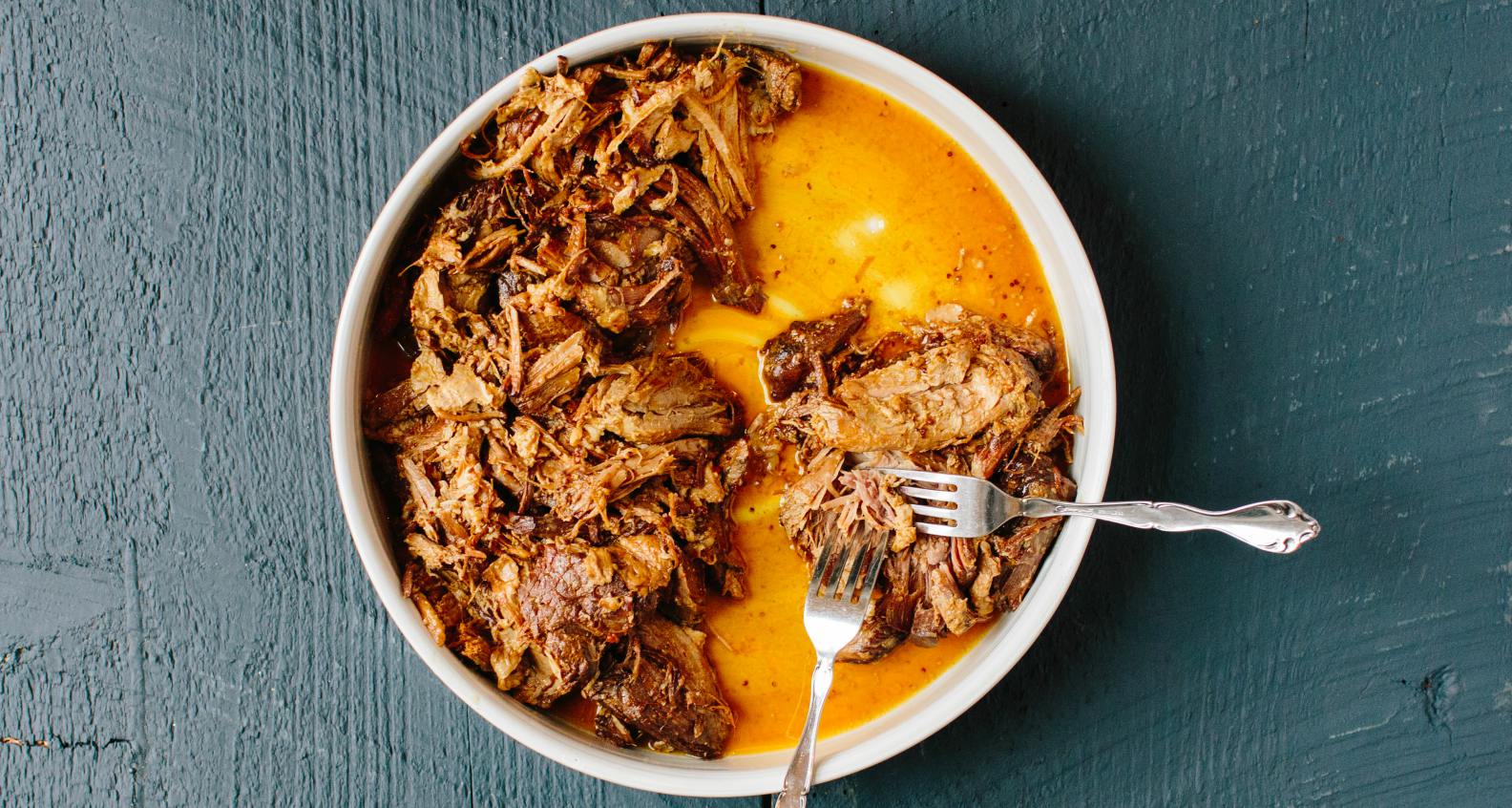 Instant Pot Barbecue Pork Shoulder
Instant Pots are some of the most popular pressure cookers on the market these days, and they can can make tough cuts of meat, such as pork shoulder, tender in no time at all. This barbecue-style pork recipe is ultra easy — you won’t even need to pull out a knife. Simply season the pork and combine everything in the Instant Pot to cook. Whip up a side of grits or mashed potatoes and top it with the tasty braising liquid. Bonus: When this liquid is reduced, it can also act as a tasty barbecue sauce for a pulled pork sandwich.
Get the recipe 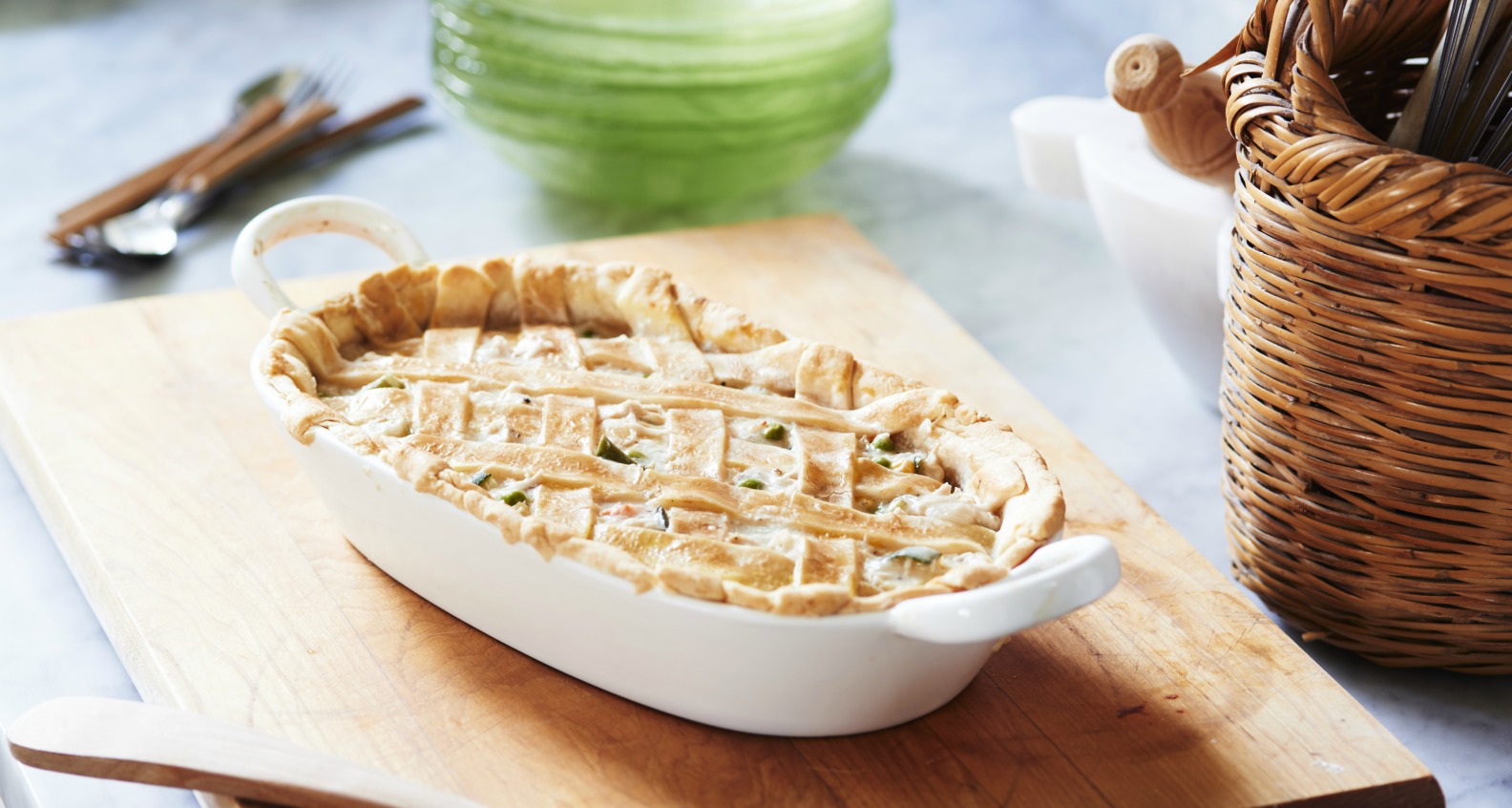 Anne Byrn’s Chicken Pot Pie
Chicken pot pie is the ultimate comfort food, especially if you’re living away from home for the first time. You might be thinking, “Why should I make a chicken pot pie from scratch when there’s a perfectly good frozen one I can buy at the store?” Sure you can go ahead and throw that frozen pot pie in the oven — or microwave — but we know it won’t taste as good as the one made from scratch. Plus, it's actually not that difficult to make yourself. We'll tell you where you can take shortcuts and where you should always make a component from scratch.
Get the recipe 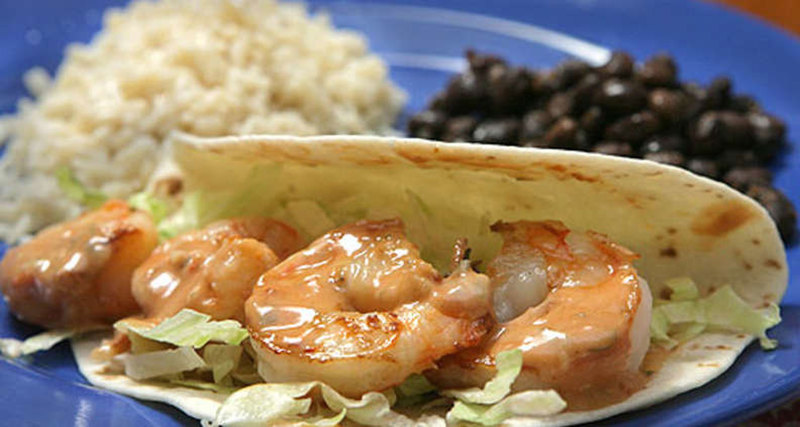 Chipotle Shrimp Tacos
In the South, many of us are lucky enough to live close to the ocean, where fresh seafood is abundant. This recipe highlights shrimp and spicy Southern flavors in an easy-to-make and easy-to-eat dish. To turn up the spice, we’ve added chipotles in adobo to a tartar sauce to add a big burst of distinctive flavor and a touch of heat.
Get the recipe 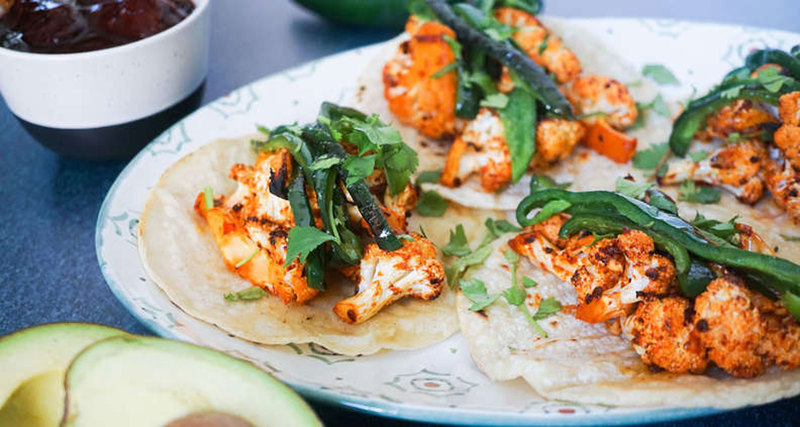 Chipotle Cauliflower Tacos
For this dish, cauliflower florets are roasted at a high temperature, coated in a thick chipotle and garlic paste. Corn tortillas and charred poblano peppers help round out the tacos and give them a flavorful kick. Of course I couldn't give up my salsa verde addiction, they're best paired with the traditional Mexican salsa. A squeeze of lime ties all these flavors together and in 25 minutes tops, you have a mouthwatering meal that will keep you on track for Lent and afterwards.
Get the recipe 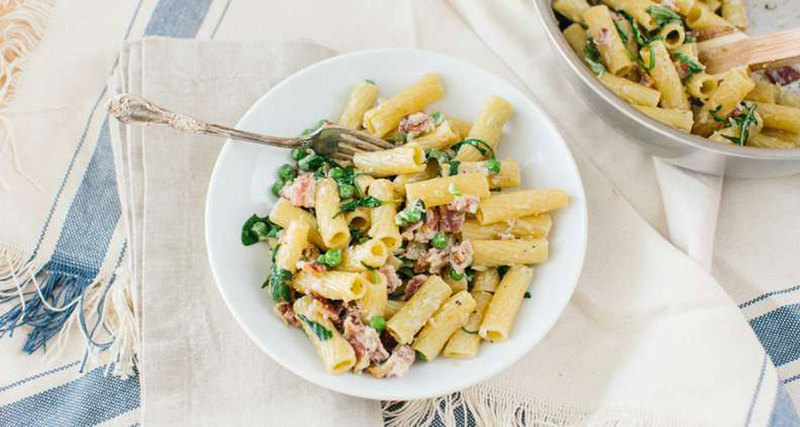 Rigatoni with Peas and Bacon
Between the sweet green peas and earthy arugula, this easy pasta dish screams spring.
If you’re making this dish when fresh peas are at their peak, make sure to use them. If, however, you can’t find ultra-fresh peas, feel free to use frozen. Instead of blanching them ahead of time, add the frozen peas directly to the boiling pasta about one minute before it finishes cooking.
Get the recipe 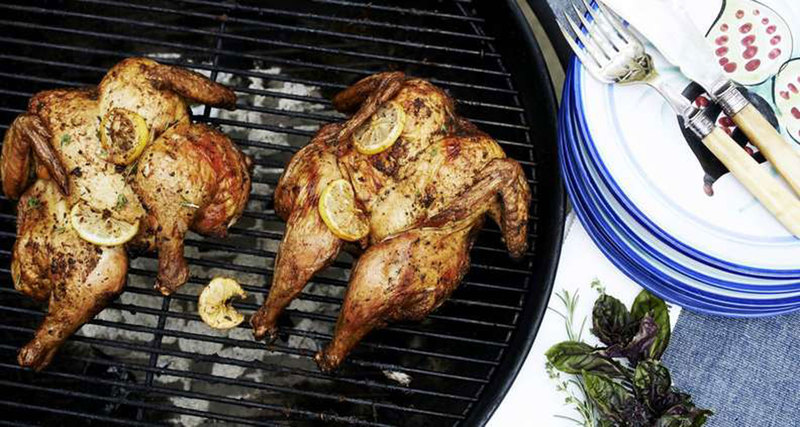 Anne Byrn's Grilled Chicken for Your Crowd
Serve this fool-proof, lemon- and herb-marinated grilled chicken with cole slaw, roasted sweet potatoes, fresh cranberry sauce and some braised kale or collards. You can easily double this recipe and cook two chickens at once. Place each chicken in its own bag and divide the marinade evenly between the bags.
Get the recipe 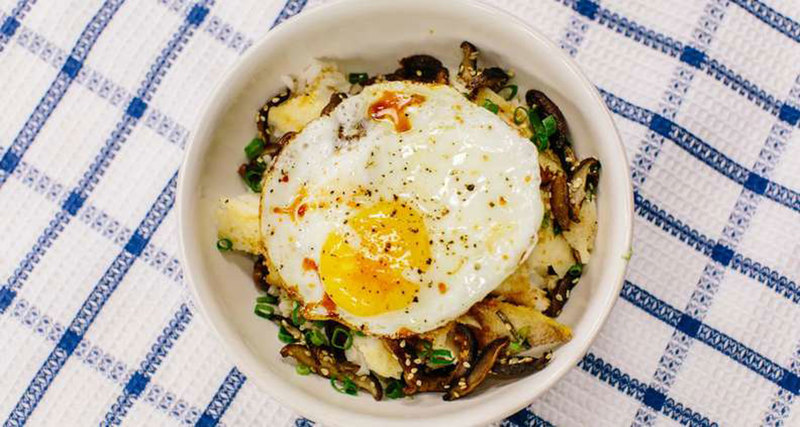 Catfish and Rice Bowl with Soy Vinaigrette
Building a rice or grain bowl should be more of an improvisation than a standardized recipe. Have a rough idea of the flavors you’d like to incorporate, and then you’re only limited by your imagination. In this version, we’re taking ingredients common to Southern cuisine—catfish, benne seeds, black eyed peas—and giving them a bit of Asian flair. With this general framework, you’re free to make substitutions wherever you like, from the type of fish to the types of peas and mushrooms. The runny egg yolk mixes beautifully with the soy vinaigrette to create a “sauce” that’s rich, salty, and packed with umami.
Get the recipe

13 places to eat Korean food in the South

13 places to eat Korean food in the South