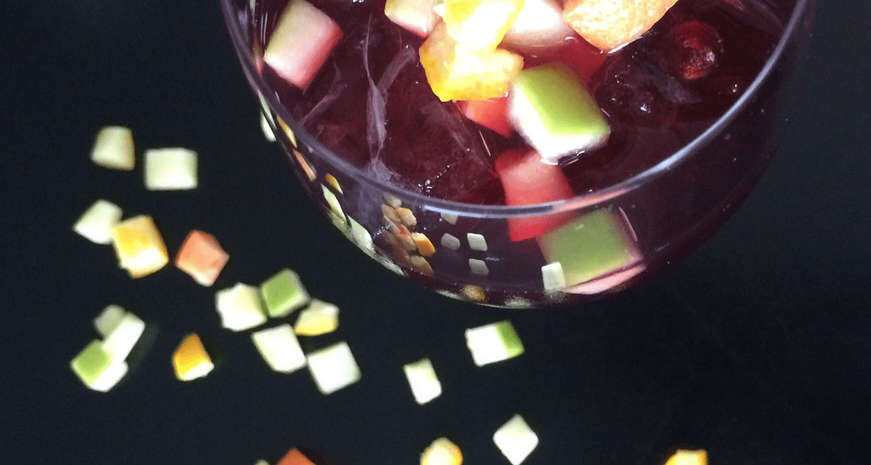 As long as there has been wine, there have been strategies for doctoring it. The ancient Greeks had their honey-infused oinomelo — which predated the mulled wine of Europe — and the Basque came up with kalimotxo, an equal mixture of red wine and Coca-Cola that is now also widely embraced in South America and South Africa.

But the best-known incarnation of wine-based punch is sangria. A refreshing, party-oriented drink originated in Spain, it traditionally involves red wine (though white may also be used) and chopped fruit, commonly bolstered by some kind of spirit, like brandy.

Although it has gained popularity in the United States as a summery alternative to a big, bold glass of cabernet, many craft-cocktail-minded bartenders have steered clear. “It just isn’t usually taken very seriously,” said Miles Macquarrie, of Decatur, Georgia’s Kimball House, a 2017 James Beard Foundation Award nominee for the nation’s most outstanding bar program. “I have a number of cocktails that use wine, but I haven’t ever gone to a full sangria.”

Perhaps that implies a yet. Suddenly, it seems, some Southern bar talents are working to elevate the drink with dialed-in recipes.

Michael Clancy, of Athens, Georgia’s The National, is among the many barkeeps in the South embracing sangria. He had to go to New York with his chef, Peter Dale, to experience a range of worthy examples. “We decided that since the restaurant has a strong Mediterranean influence, it would make sense to always have sangria on the menu,” he said. “New York was actually the closest place to Georgia that would have a ton of great tapas restaurants and bars whose sangrias we could sample.”

After a lot of research and tasting, Clancy stumbled upon the signature spin of adding a touch of gin at Chelsea tapas spot Tía Pol. “The small amount of gin really adds a ton of depth,” he said. “It makes sense.”

Red Sangria
As developed by Michael Clancy, bar manager of The National in Athens, Georgia

Instructions
To make cinnamon syrup, combine 1 cup sugar, 1 cup water, and 2 broken cinnamon sticks and stir over low heat for 15 minutes, then strain and let cool. Combine ingredients and serve over ice in a large wine glass. Garnish with orange peel and apple. 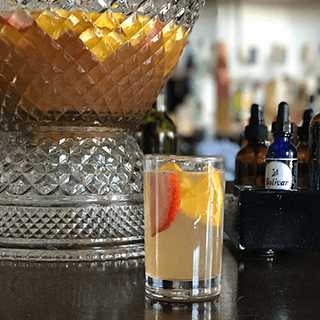 Thursday Punch
In New Orleans, cocktail bar Cure’s version of sangria is a wine punch that stays in a bowl on the bar and changes daily. This concoction was developed by Cure bartender Ryan Gannon.

Instructions
Create an oleo saccharum by muddling the lemon peels, sugar and mint together. Strain the resulting syrup and add to the rums and lemon juice in a large punch bowl. Top with sparkling wine, fruit and 3-4 dashes of bitters. Stir and serve ladled over ice. 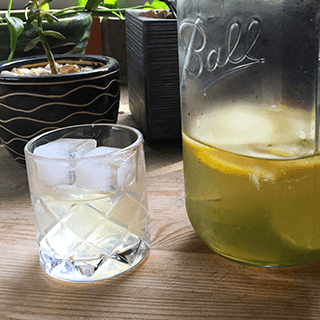 Day Off Sangria
As developed by Cody Henson, bar manager of The Grey in Savannah, Georgia

Instructions
Add ingredients in a large Mason jar or pitcher. Stir, then serve over ice. To make honey syrup, add two parts honey and one part water and heat over low heat for 10 minutes, then let cool.