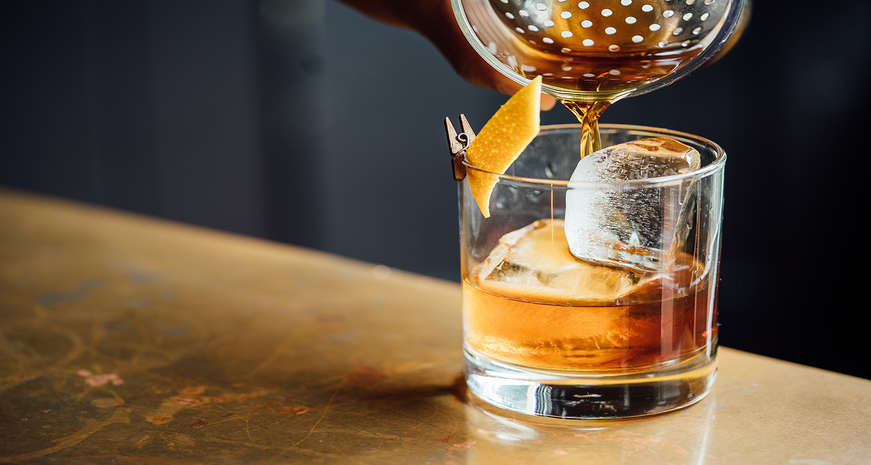 This whiskey-infused snack sounds delicious, but do we need it?

Whiskey and bourbon are some of the South’s favorite libations. We love drinking them in Old Fashioneds and indulging in bourbon balls.

So it likely comes as no surprise that everyone seems to be barrel-aging and infusing whiskey into bacon, pickles and candy. The latest product? Prohibition Popcorn from Two Thompsons catering in Nashville, Tennessee.

A boozy adult version of caramel corn, Prohibition Popcorn puts a Southern twist on the crunchy snack. The sister-brother duo Melanie and Rodney Thompson behind the snack got the idea after they came across a tequila popcorn recipe online and swapped it out for whiskey instead, reported Delish.

The resulting popcorn is a grown-up version of Cracker Jack that seems like one of the tastier whiskey-infused products on the market.

We’re not so sure how we feel about whiskey pickles. These, made by Brooklyn Brine, transform a pickleback shot (a shot of whiskey chased by a shot of cold pickle juice) into a crunchy preserve. The flavor combination seems to be a hit, however, as it has been a top-seller since it debuted in 2010, reported Delish.

A better choice may be in sauces. In Louisville, Kentucky, Matt Jamie, of Bourbon Barrel Foods, creates small batch artisan sauces that are aged and smoked in reclaimed bourbon barrels. He started with soy sauce company, but expanded his product list to include Kentucky bourbon-inspired items like vanilla extract, bourbon smoked sorghum and bourbon marshmallows. The company’s slogan “Eat your bourbon” is something we should all strive to live by.

Those with sweet tweeth may also appreciate the bourbon-infused honey from Cloister Honey in North Carolina. This raw honey from the Carolinas is infused with Kentucky’s Woodford Reserve bourbon. Adding it to a hot toddy or drizzling it over warm biscuits sounds pretty delicious to us.

Probably not, but we want to try them because adding a new flavor dimension to a food creates new experiences. Not all whiskey-infused products are going to appeal to everyone, but it never hurts to try something that has a touch of one of the South’s favorite spirits. 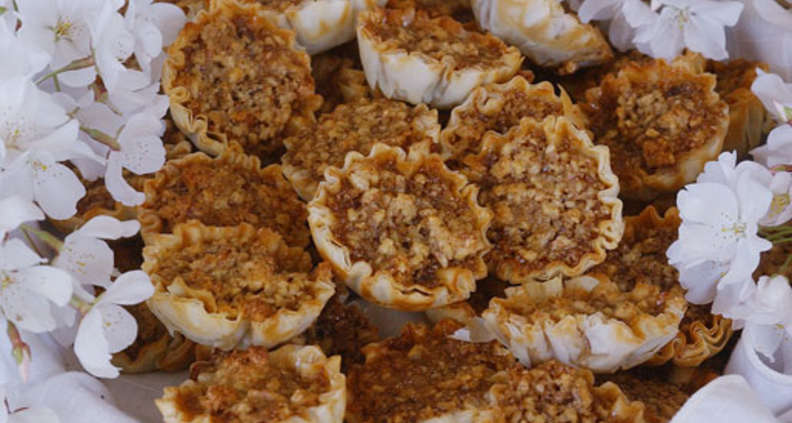 Arrange the shells on a cookie sheet. Sprinkle the miniature morsels into the shells, dividing evenly.

In a mixing bowl, combine the pecans, brown sugar, butter, bourbon and beaten egg; stir well. Spoon the mixture into the shells, filling each 3/4 full.

Bake for 20 minutes or until set and golden brown. Cool 10 minutes before serving. 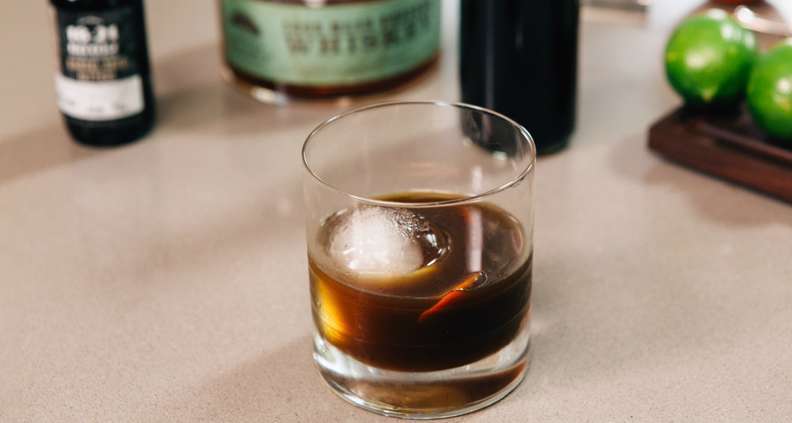 Instructions
To make the blackstrap molasses simple syrup: In a small saucepan, combine the water, brown sugar and molasses. Bring to a simmer over medium heat and cook, stirring occasionally, until the sugar has dissolved, about 5 minutes. Remove from the heat and let cool to room temperature. Transfer to a storage container and refrigerate for up to 1 month.

To make the cocktail: Place the large ice cube in a rocks glass.

In a cocktail mixing glass filled halfway with ice, combine the bourbon, simple syrup and bitters. Stir with a bar spoon until the drink is chilled, 45 to 50 rotations (about 45 seconds). Strain the drink over the ice cube in the prepared glass.

Hold the orange peel above the drink in your non-dominant hand between your thumb and pointer finger. Light a lighter or a match and run it over the peel side for about five seconds to express the oils into the drink. Rub the peel around the rim of the glass and drop it into the drink. Serve immediately.

Bourbon beyond the bottle

Bourbon beyond the bottle