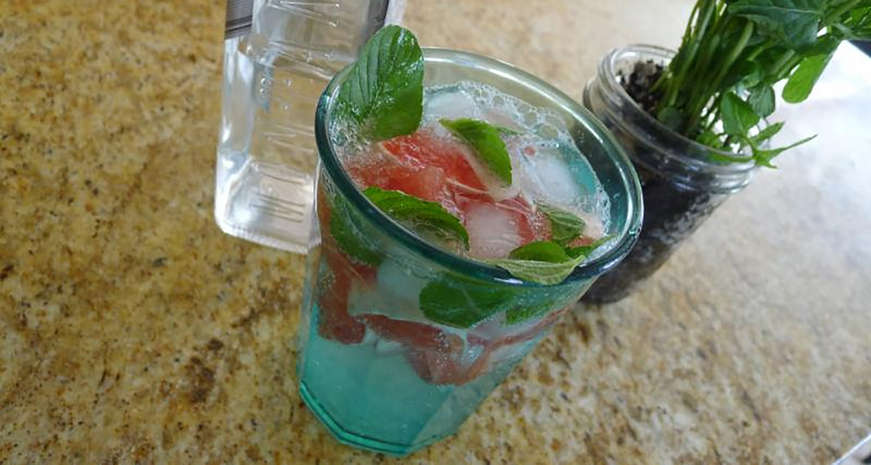 This minty, citrusy cocktail is the cure for wintertime blues

Few methods of coping with winter are superior to sipping a grapefruit martini. Composed of grapefruit, mint, vodka and sugar, it isn't your typical martini. In fact, by most martini standards, this drink would be disqualified on multiple counts.

I didn't create or name it, but I am enthused by it. The combination packs a bright pizzazz that's in short supply these days; if flavors were colors, this would be neon. The grapefruit's bitterness softens the vodka flavor, while the mint sprinkles the experience with a diverse bouquet of aromatic components, adding a feeling of lightness to the drink. Some of the minty aromas and flavors combine with those of the grapefruit and vodka, creating altogether new ones.

In different ways, grapefruit and vodka are both in season in wintertime: grapefruit because it's ripe and fresh, vodka because it is a known remedy for the winter blues. The other key ingredient in this drink is mint, which can be a wildcard in winter. Fresh is preferable, but dried will do, providing it's dried on the stem with leaves intact.

When I made my wife her first grapefruit martini, she took a sip, and then regarded it with a mixture of awe and concern, as if it was road she wanted to walk down, but shouldn't. (She did.) For people she who don't normally love the taste of vodka, mint and grapefruit do a masterful job at morphing its flavor. Everyone else: add more vodka.

I learned of the grapefruit martini at a local farm where I play hockey. There, the drink is as holy as hockey itself in the pantheon of winter delights. But alas, the vodka martini has also become a source of tension on the farm, thanks to that elusive mint. 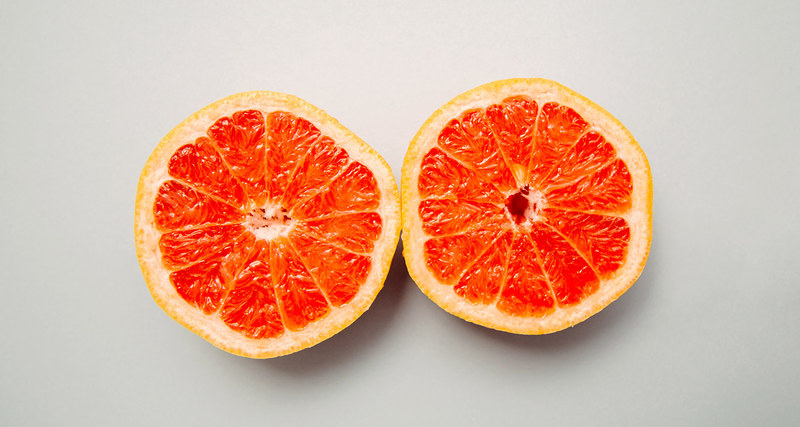 The farm had a stash of properly dried mint, demand for which spiked with the rise in popularity of the grapefruit martini, pitting the martini drinkers against the tea drinkers — and against each other. One enterprising farmhand tackled the shortage by purchasing several living mint plants from the supermarket — in the produce section, they come with their attached roots immersed in a plug of soil — and potting them on a windowsill. But the harvesting pressure on those freshly potted sprigs was too much. Leaves were picked as soon as they appeared, leaving a denuded miniature forest of skinny green trunks.

On the Caribbean coast of Colombia, where I'm currently on a short sabbatical, mint is called hierbabuena, which translates into "Good Herb." The name is a nod to its many culinary and medicinal uses, which include antiseptic and antibiotic properties, as well as being generally good for the tummy.

As I sat in a wicker chair one evening, enjoying a sea breeze and the faint scent of chopped onions, I sipped a local drink called limonada de hierbabuena — or mint lemonade — and was hit with a spray of deja vu that took me back to my refreshing wintry home, and the grapefruit martinis I would drink there.

Like the grapefruit martini, the mint lemonade is citrus-based, with mint dominating the flavor. It's a powerful combination. 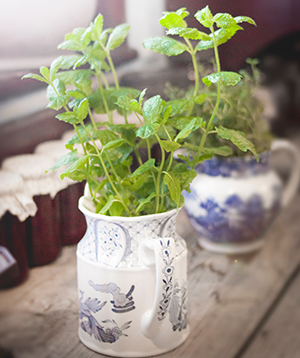 In Columbia, lemonade (limonada) is used as a base for an entire category of cold drinks, including limonadas made with mango, passion fruit, pineapple and other fruits, as well as coconut milk. I bought a bottle of vodka and began playing around with blended versions of the grapefruit martini, Colombian-style.

Consider the Colombian version to be an extreme variation of a shaken martini. An extremely vigorously shaken and chopped with whirling blades martini. That's all.

The blended version is mintier than the classic Lifeline Farm grapefruit martini, which is shaken or stirred, because the blender atomizes the herb, releasing more mint aroma and flavor. Thus, it requires less mint than the classic version. (Back on the farm, this could be a game-changer.)

My blended grapefruit martini has even less business being called a martini than the shaken or stirred martinis they make at the farm. But let's face it, "spiked mint grapefruit-ade" just doesn't have the same ring.

Instructions
Add the ice to a blender, followed by the rest of the ingredients. Taste, and adjust with vodka, sugar and water as desired. Strain out the mint particles into a glass. Serve immediately.

Instructions
In a tall cocktail glass, muddle together the grapefruit juice, mint, vodka and sugar. Add the ice, water, and, if you don't mind a little more bitter, some leftover grapefruit wedges. Stir until chilled and serve.

Alcohol-free cocktails are making a splash

Alcohol-free cocktails are making a splash