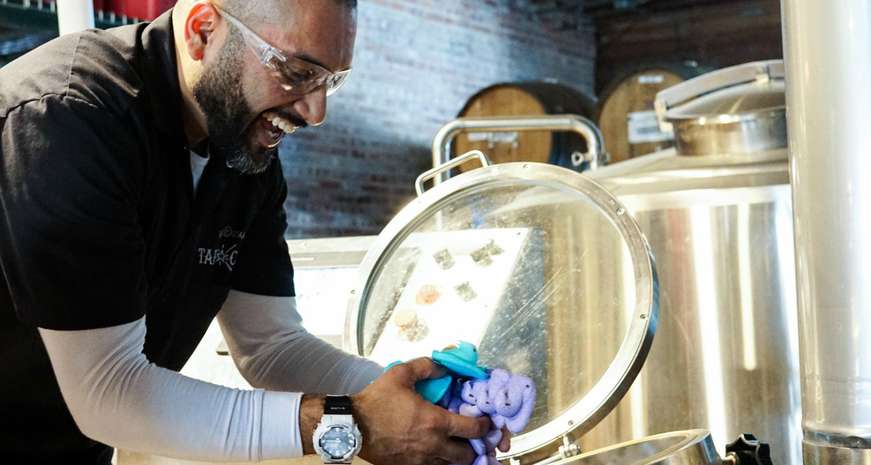 These Texas brewers are making a beer with marshmallow Peeps

Easter just got boozier. This year, brewers from Texas' Collective Brewing Project, along with folks from the Lone Star Taps and Caps in Fort Worth, have crafted a beer that incorporates a classic Easter treat: marshmallow Peeps.

And we're not just talking about adding a Peeps marshmallow chick as a garnish. The brewers told Guide Live that more than 30 boxes of the marshmallow candy were added during the brewing process and the resulting Peeps-flavored beer, called "Peep This Collab," will be released today, just in time to try some for Easter.

Personally, I've never been a fan of the neon colored marshmallow candies. My last few interactions with the Easter candy consisted of putting them in the microwave to see them puff up and sometimes explode. However, when it comes to weird ingredients to add to beer, Peeps are actually a pretty conservative choice. Last year Athens, Georgia-based Terrapin Beer Co. brewed Chopsecutioner, which was aged on wood chips made from baseball bats. Recently, Tampa’s Hidden Springs and Arkane Aleworks threw some sugary sweet Krispy Kreme doughnuts into the beer mix. And the Peeps beer-making Texas duo has also come up with some other unique beers, including one brewed with ramen noodles and two hip-hop-inspired beers: All Eyez on Me (an Imperial stout) and Big Hoppa (a triple IPA). 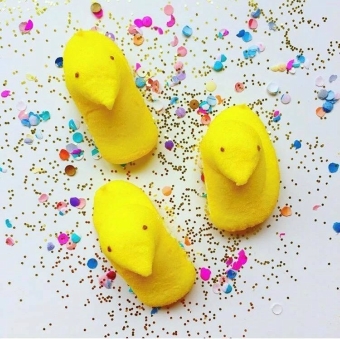 "Peep This Collab" is a sour ale, so the sugary Peeps could, potentially, balance out some of the natural sourness of the beer. In addition, the brewers have also made sure the final result captures some of Peeps' other classic characteristics, like their bright coloring and glittery finish. According to Bestproducts.com, the beer tastes like spring and is “topped with butterfly pea flower (for a fun, purple color) and edible glitter.”

After the fermentation process, edible pink glitter is injected into the keg, giving the beer a shimmery shine. It also has notes of vanilla and lemon to "enhance" the Peeps flavor and to give the beer an overall marshmallowy flavor.

We're willing to give this beer a try, but we're a little skeptical of what the edible glitter tastes like. While "Peep This Collab" will surely be Instagram-worthy, we're still questioning the texture the beer takes on when you start sipping. And, more importantly, does the glitter sink to the bottom if you don't sip fast enough?

You will have, however, have to head to Texas to try this inventive brew, as it will only available in the taprooms of The Collective and Lone Star Taps and Caps starting Easter weekend. Book your last-minute tickets now, Peeps fans. 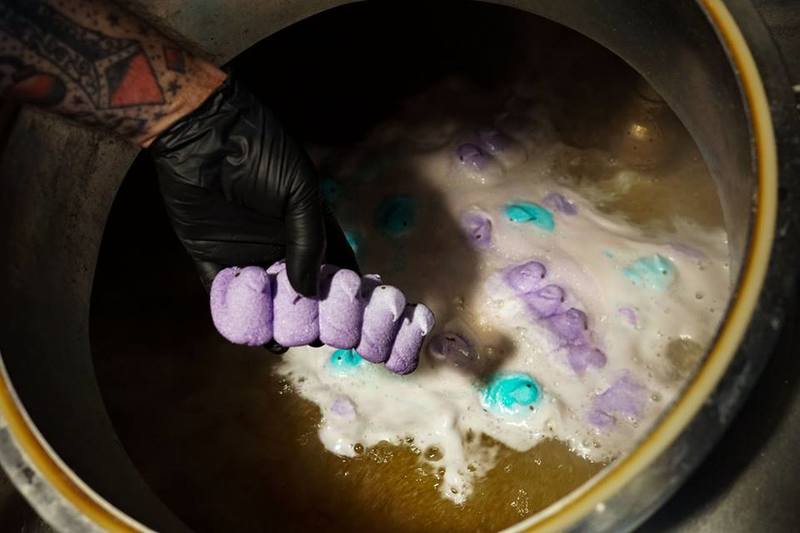