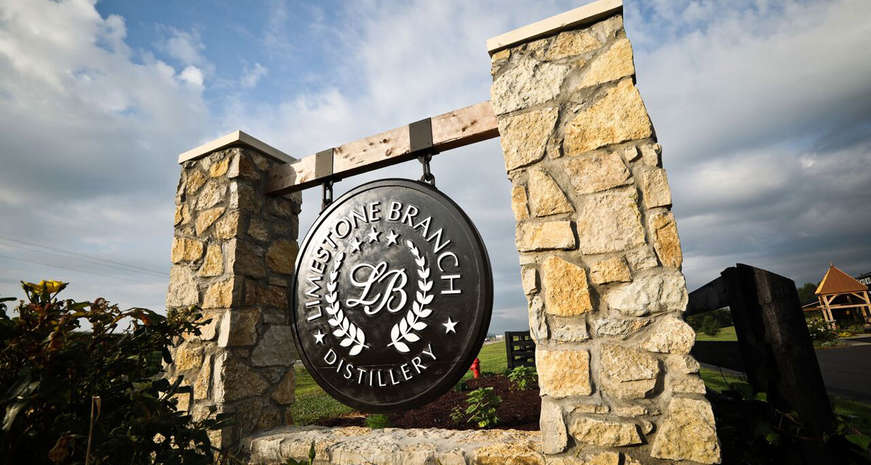 At Limestone Branch Distillery, whiskey-making is about reclaiming a family legacy

Looking out in the early morning across the fields in Lebanon, Kentucky, you can understand why some people refer to this place as God's country.

The sun has just started to peek through the mist that lays heavy on the miles and miles of land that stretches out almost endlessly. The morning is brisk, the way you expect it to be in mid-October. Thankfully, we're surrounded by whiskey on all sides. Warmth is coming.

At Limestone Branch Distillery, located about ten miles away from the iconic Maker's Mark, two brothers are on a mission to reclaim their family's rightful place among the giants of whiskey distilling. 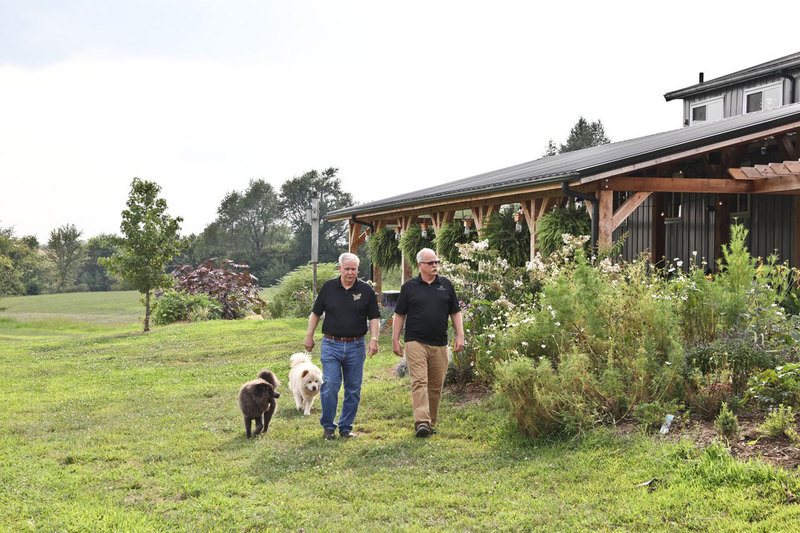 In 1795, a farmer by the name of Joseph Beam sold his first barrel of whiskey. He called it "Old Jake Beam" or "Old Tub," setting off a series of events that would lead to a whiskey empire. Of course, he couldn't know at the time what an integral role his descendants would play in the world of whiskey. In 1820 Joseph handed over the reins to his son David, who, buoyed by the Industrial Revolution, helped the Beam family increase its whiskey production and amass a loyal following that stretched far beyond the borders of Kentucky.

James ("Jim") Beauregard Beam took over the family distilling operation in 1894. Everything changed in 1922 with the 18th Amendment, which outlawed the distilling, selling and consumption of alcoholic spirits. Prohibition became the law of the land, and for almost a decade the Beams were out of the whiskey business. When the 18th Amendment was repealed in December of 1933, Jim Beam, alongside his son Jeremiah, rebuilt the distillery, the story goes, in just 120 days. The distillery's first post-Prohibition whiskey was sold in 1934 and by 1943 "Old Tub" was known as Jim Beam. The name not only stuck, it became an iconic brand that lines the shelves of stores around the world.

The rest of the Beam family returned to the whiskey business post-Prohibition, but they worked for other distilleries. In fact of all the major whiskey houses — Four Roses, Heaven Hill, Maker's Mark, Town Branch, Woodford Reserve and a few others — have had a Beam working for them at one time or another. 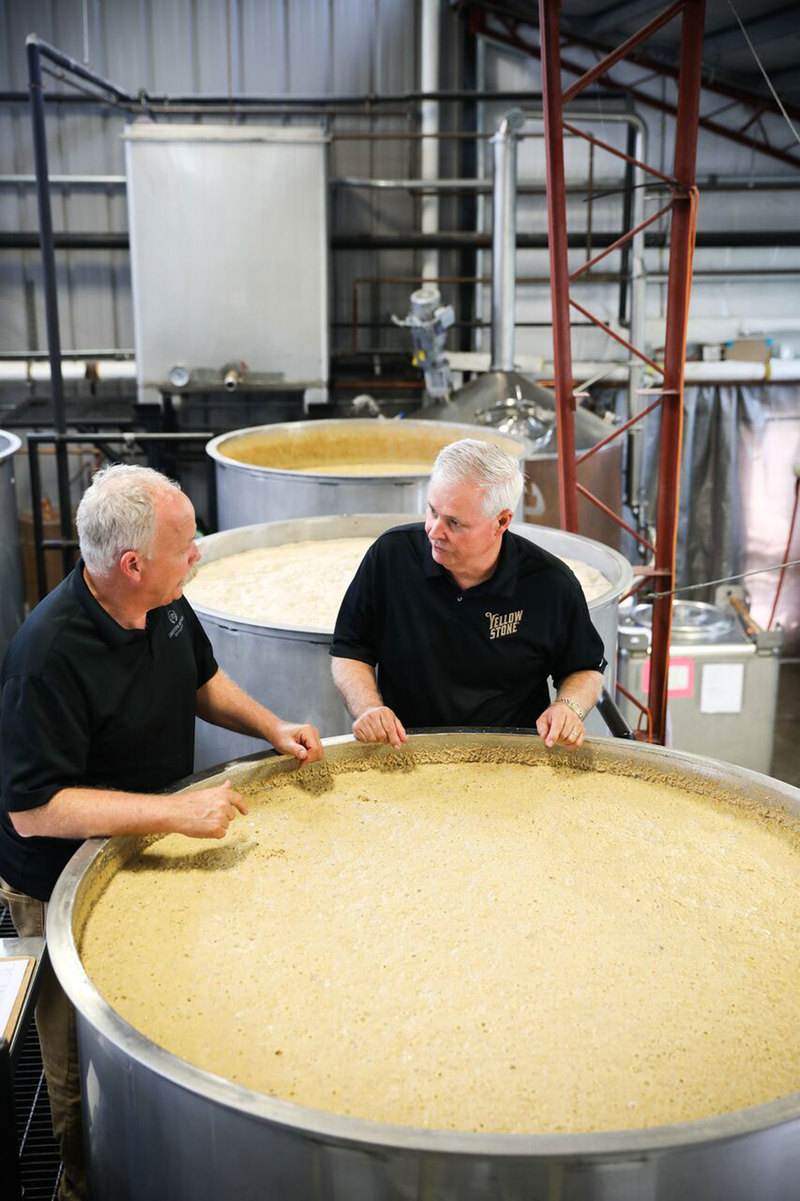 It's all about legacy
Though not often publicized by other distilleries (for obvious reasons), the truth is that the Beam family has had an integral part in creating the distinct flavor profile of Kentucky bourbon.

In 2010, brothers Steve and Paul Beam, decedents of Joseph Beam, decided that it was finally time to get back into the family business, and in 2012 Limestone Branch Distillery opened its doors, making it the only Beam family owned and operated business. (While the master distiller at Jim Beam is a descendant of a Beam in-law, the company is currently owned by Suntory Holdings, a Japanese whisky brand.)

That very first Beam family distillery established over 200 years ago was located not far from where Limestone now stands. The modest operation churns out quality bourbon and white and rye whiskey. Aged for no less than 4 years (except for the white whiskey), these spirits harken back to the quality spirits the Beams began producing in 1795. In fact, Steve and Paul were able to reawaken a yeast strain their great-grandfather used to make his whiskey with the help of Wilderness Trail Distillery, which is sort of a mad scientist company, working with other distilleries to ensure quality control. 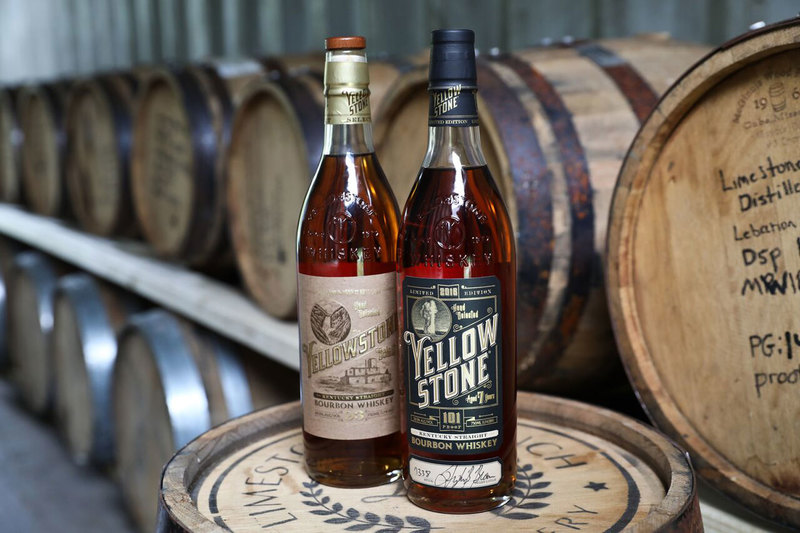 This means that when you buy a bottle of Limestone whiskey, it's made using yeast that's over 200 years old.

The result is bourbon that has a distinctively pleasant, mellow flavor profile. Yellowstone Select Kentucky Straight Bourbon Whiskey and Yellowstone Limited Edition are worth adding to your collection. Aged in charred barrels from ISC, both have flavors such as leather, butterscotch and vanilla. Peppery in all the right ways and perfect in an Old Fashioned or a Manhattan, the Minor Case rye (named for Minor Case Beam) is, in this author's opinion, actually divine.

Walking the grounds of Limestone, it's hard not to feel the gravity of family history. The Beam brothers are getting their family back where it should be, making whiskey and running a distillery, while at the same time they're making a name for themselves on their own. And they've got amazing whiskies to back them up.