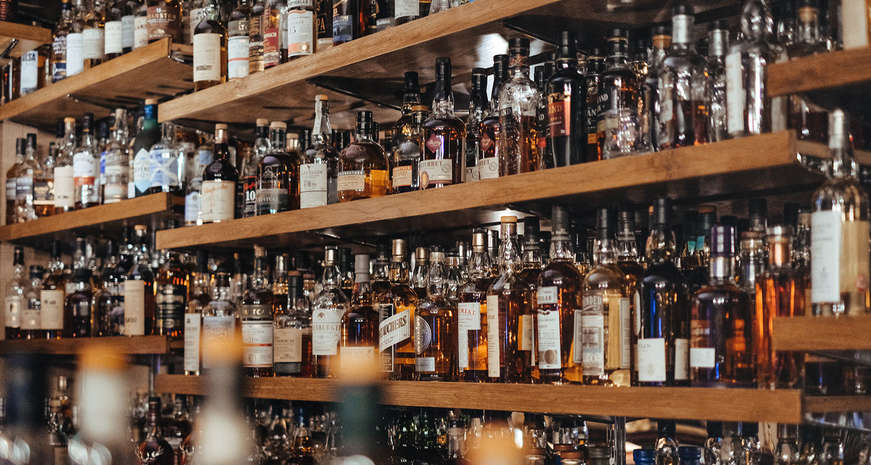 The 9 smoothest small batch bourbons in the South

No Southern bar cart is complete without a bottle — or two — of bourbon. After all, you can’t make a mint julep or an Old Fashioned without the smooth, dark liquor. A few brands of bourbon reign supreme, at least volume-wise, in the whiskey aisle (we're lookin' at you, Jim Beam), but Southern craft distilleries are causing a stir by turning out small batches of bourbon you shouldn’t overlook.

To make sure you’re not overwhelmed the next time you want to restock the bar, we’ve picked out our favorite small batch bourbons that will all make a great addition to your bar cart. 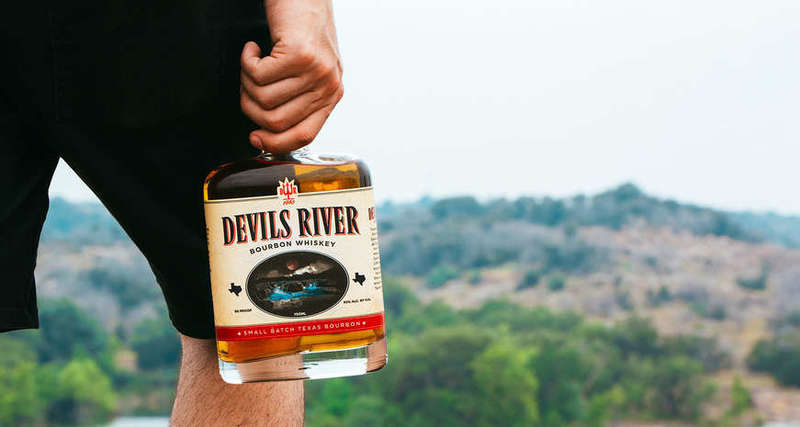 Although it only made its debut a year ago, Devils River Bourbon Whiskey has raked in gold medals at the Los Angeles and Denver International Spirits Competitions for both its bottle design and the spirit inside. This bourbon is made from of the purest sources of water in Texas, which makes all of the difference, at least according to Devils River Whiskey President and CEO Mike Cameron. “To make good whiskey, you got to have good water,” he said.

When the limestone-filtered water arrives at the distillery, it is combined with the whiskey “to assist in bringing out the complexities of the 90-proof spirit, made from a mash of corn, rye and a touch of barley," explained writer Danielle Harling. The end result is a caramel-hued bourbon, with notes of oak and honey, best enjoyed “neat or on the rocks,” Cameron said.

Woodford Reserve Cherry Wood Smoked Barley Bourbon
Woodford Reserve bourbon is synonymous with Southern traditions like the Kentucky Derby, and this particuar release, a part of their "Master's Collection," incorporates a new, tradition-breaking flavor — malted barley. One of the first Kentucky bourbons to use malted barley that has also been exposed to cherry wood smoke, this whiskey has an impressive 30 percent malt content. The cherry wood smoked barley small batch bourbon has a rich amber coloring and the flavors of smoked almonds, sweetened with cherry pie filling and a touch of caramel to finish each sip. 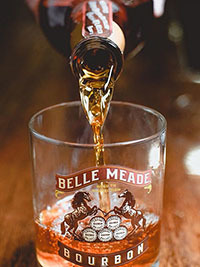 Nelson's Green Briar Distillery Belle Meade Bourbon
Green Brier Distillery has deep family roots, beginning in the mid-1800s when Charlie Nelson bought the distillery as well as a patent for distillation. Although the company took a forced break when Prohibition was implemented in 1909, two of Nelson’s triple great-grandsons re-opened shop 100 years later. Andy and Charlie Nelson today lead the distillery with a mission to restore the family legacy, including the production of its classic Belle Meade Bourbon. The Belle Meade Bourbon’s high rye content gives the caramel-colored liquor a warm spice, made even warmer by its 90 proof status. 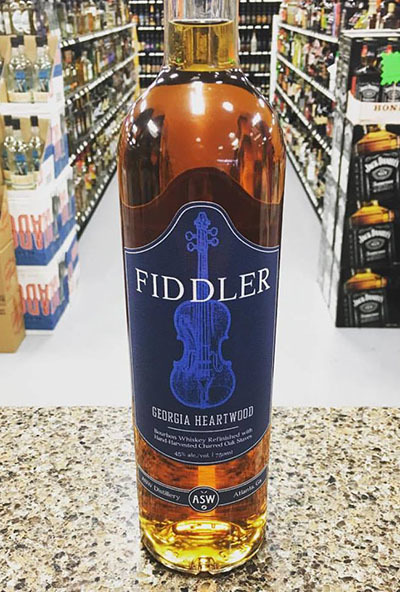 Looking for a good reliable and affordable bottle of bourbon? Reach for Fiddler. A favorite of Southern Kitchen’s Editor-in-Chief Ashley Twist Cole, Fiddler Bourbon is a “foraged” bourbon, which means it was purchased elsewhere and then "fiddled" with by Atlanta’s own ASW Distillery. This unique process of blending and aging produces a slightly different iteration with each batch. “We’ve found Fiddler to be subtly sweet, warm and, depending on the cask used in aging, able to carry those cask notes beautifully throughout the spirit without overpowering it,” explained Southern Kitchen contributor Beth McKibben.

Four Roses Small Batch
This is the old reliable of the group — the bourbon you can always depend on to sip neat, on the rocks or mixed in a cocktail with little fuss. Don’t get us wrong: Four Roses Small Batch is by no means boring. It’s a well-balanced bourbon with light spice and mellow caramel sweetness, hints of orange and aged oak. For both its price point and versatility, Small Batch is a great introductory bourbon for those looking to dip their toe into brown spirits, and should easily become your next liquor cabinet staple.” (Beth McKibben) 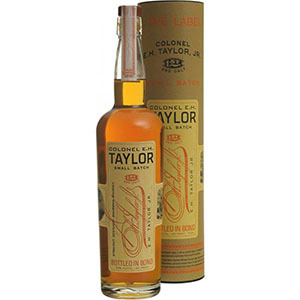 Colonel E.H. Taylor Jr. Small Batch Bourbon
Named after one of the founding fathers of the bourbon industry, Colonel Edmund Haynes Taylor, Jr., this bourbon honors Taylor’s legacy, innovation and techniques that are still being used in the industry 150 years later. This small batch bourbon tastes of caramel corn mixed with hints of butterscotch and licorice, and it has a surprising aftertaste that turns a soft mouth-feel “into subtle spices of pepper and tobacco,” noted Buffalo Trace Distillery.

Elijah Craig Small Batch Bourbon
For those longing for the rich beauty of Elijah 12-year (prior to their elimination of the age statement) Small Batch still retains some of the toasty charred oak complexity of its forefather but with a slightly lighter mouthfeel. This is likely due to the mixing of both 8- and 12-year bourbons in the bottle. The nose leans fresh with hints of orange and vanilla, while the palate brings out the spirit’s soft nutmeg, oak and spice notes. Smooth, pleasant and subtly sweet, this bourbon can easily be sipped neat. (Beth McKibben) 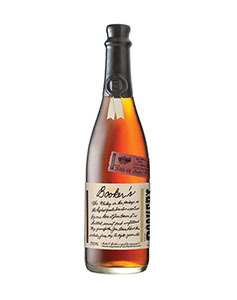 Created by a sixth-generation master distiller, Booker coined the term “small batch” back in the early 90s. Only releasing a few batches each year, the distillery focuses on telling a story with each bourbon. Named after a close friend of the distillery, Kathleen DiBenedetto, Kathleen’s Batch has notes of leather and floral honey with hints of caramel and vanilla. “We taste rich butterscotch, brown sugar, dried cherries and a little allspice. The finish is a nice balance of toasted oak with caramel and brown sugar,” described 7th generation Master Distiller Fred Noe. Named after longtime distillery friend and worker, Tommy Crume, Tommy’s Batch is a nutty and darker bourbon with roasted vanilla and caramel notes.

Thirteenth Colony Bourbon
Distilled in the small Southern town of Americus, Georgia, Thirteenth Colony Bourbon will catch your eye before you even taste it. The unique flat bottle design looks like a piece of art, all the while while holding a delicious spirit. Meticulously aged for four years in custom charred American oak barrels, the resulting bourbon is rich, smooth and has a slightly sweet finish.