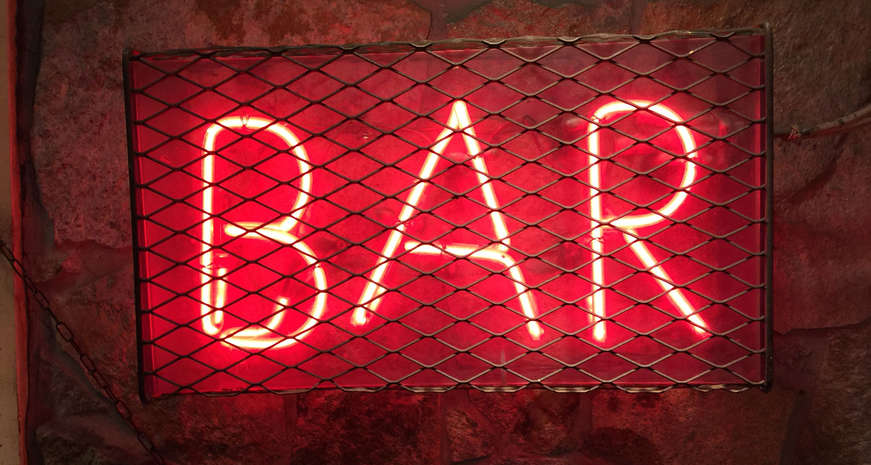 If you’re going to drink in Atlanta, do at one of these 6 bars

The cocktail scene in Atlanta is exploding, offering ATLiens the opportunity to inhabit some of the best bars in the world. Here are the beverage programs that are doing it right.

A bit of a warning: If you like vodka, stop reading now because this isn’t the list for you. I won’t go into the evils of vodka here, but suffice it to say that vodka has been off limits to me since Svedka and I had a pretty bad run-in during undergrad.

Now, for those of you who enjoy gin, tequila, rum and whiskey, welcome. Here is the definitive list of the absolute best bars (and their best cocktails) in Atlanta.

The tried and true
If you search “top bars in Atlanta” both of these esteemed establishments will pop up, and with good reason. Before Atlanta’s food and booze scene was taken seriously, Kimball House and Ticonderoga Club led the way in not only acclaimed eats, but also amazing craft cocktails. 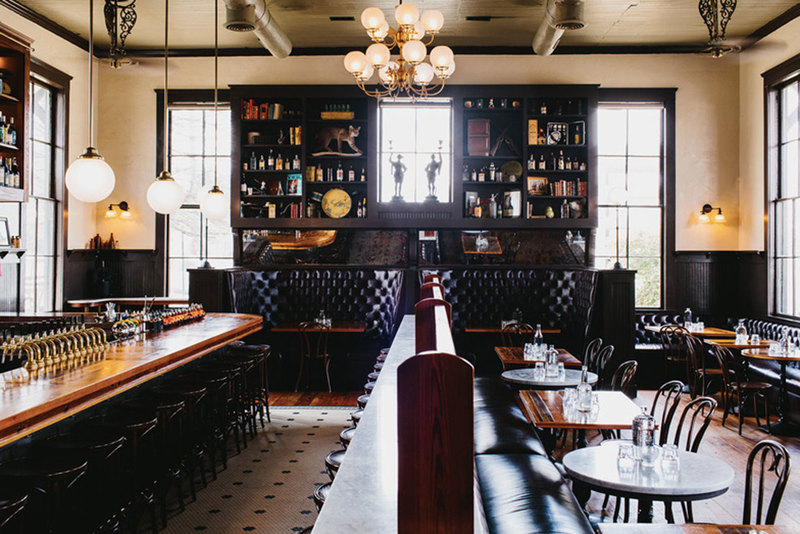 Located in Decatur, Kimball House has been churning out reliably fantastic beverages since it first opened in 2013. Over the past five years it has either won or has been nominated for almost every food and cocktail award there possibly is.

While the food is undeniably good, the bar program is really where this place shines. It boasts not only an impressive collection of spirits and wines but also an incredible absinthe bar.

What to order: if you’re a fan of martinis, try its namesake Kimball House cocktail, which features gin, Cocchi Americano and orange bitters. If gin isn’t really your jam, order off the menu. Ask for a demerara Old Fashioned made with El Dorado 12-year rum. You’re welcome in advance.

Ticonderoga is the Solange to Kimball House’s Beyonce. While Kimball House is all fame and grace (and talent too!) Ticonderoga is scrappy, fun and marches to its own beat. Housed in Krog Street Market, Ticonderoga boast a smaller but deliberate cocktail menu. Here it’s all about quality over quantity. It has an impressive wine list and an even more interesting offering of craft ciders.

What to order: If happiness had a flavor it would taste exactly like the Thank You, Scientist. Featuring mezcal and Dubonnet, a sweet aperitif, think of this as a smoky Manhattan, if that Manhattan had a way cooler older sister.

The up and coming
Just because these next bars aren't in the tried-and-true section doesn't mean that their drinks aren't up to snuff. Both Bon Ton and Little Spirit are newcomers and they're in the process of paying their dues before they can make it to the very top. Still, expect out-of-this-world cocktails. 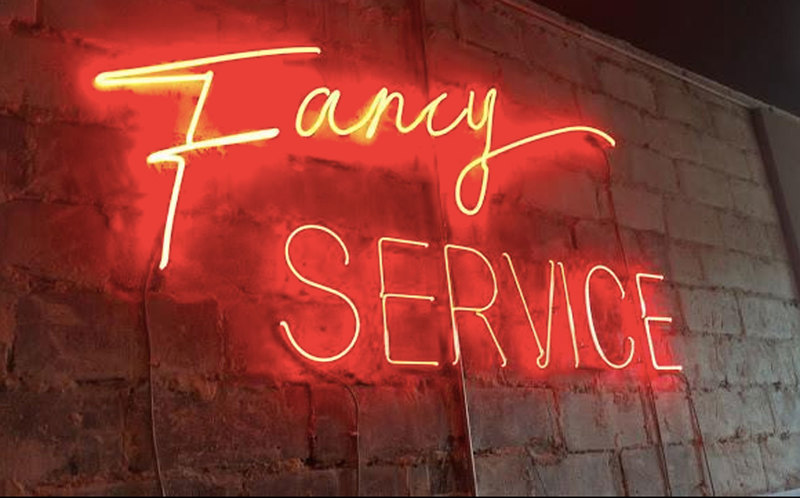 I know what you’re thinking, how the heck is a Vietnamese-inspired New Orleans restaurant located in Old Fourth Ward on this list? My response? How could it not be?! While most people probably head to Bon Ton for the food, the cocktails here are not to be missed. Ranging from the borderline tiki-inspired to beverages that are strong enough to actually put some hair on your chest, Bon Ton’s bar earns its spot on this list.

What to order: The House RX Old Fashioned is the best Old Fashioned to be had in the city of Atlanta. It features rum, whiskey and a single large ice cube the way God intended. Oh, and it’s also only eight bucks. 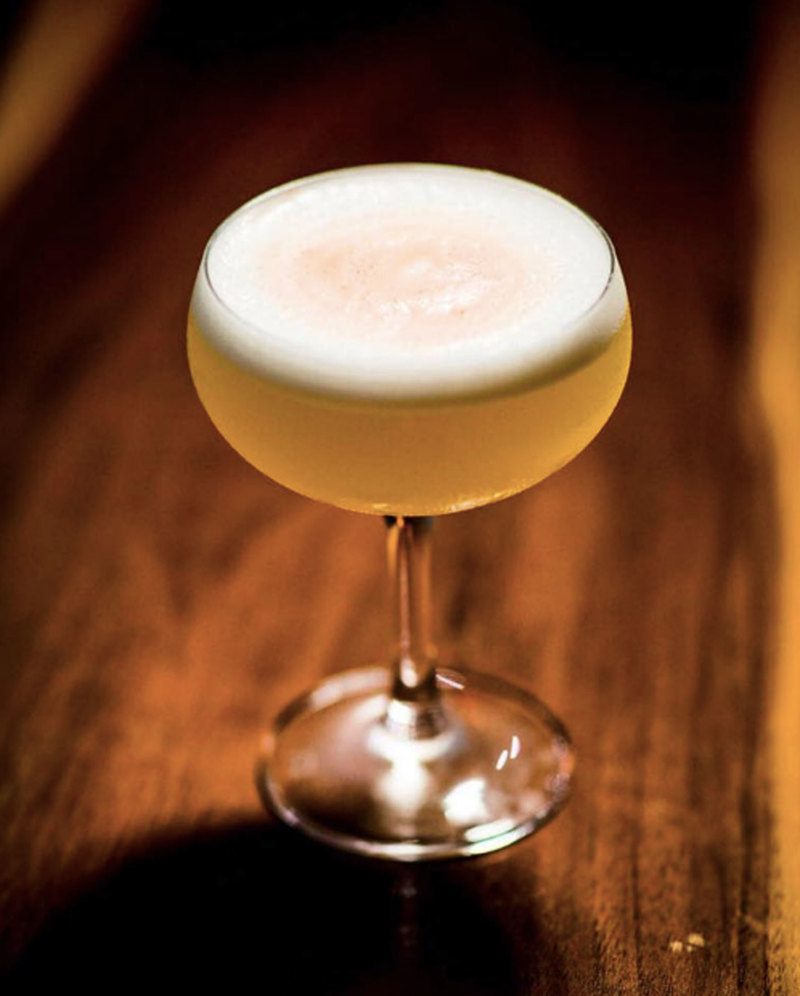 Little Spirit is the new kid on the block and man are we all lucky to have it. Located in what was formerly Amer, another bar concept that shuttered earlier this year, Little Spirit is putting a modern spin on some fairly classic cocktails. The actual bar is much larger than it looks and features some amazing artwork of past and present pop culture icons. If you’ve ever been inside the Pontchartrain Hotel in New Orleans, the vibe at Little Spirit will be familiar.

What to order: If you’re looking for something a little lighter on the booze, but still really fun to drink, order The Duchess. It features Aperol, lemon, sage and rose vermouth, and it’s topped off with cava, making for an effervescent drink that's really fun to sip.

If you’re looking for some complexity, La Bandita is where it’s at. This drink has a lot going on but somehow it all works. The tequila, lime, pineapple, cinnamon and egg whites all work together to deliver something that tastes like you should be at the beach — but an adult one, with no kids allowed.

Best-kept secrets
This part of the list is the most exciting because these bars haven't yet gotten their due, which means you can still grab a seat at the bar without waiting for hours. Both The Pinewood and Biltong have been around for a bit and while the general public has been a little slow to come around, both bars boast diehard regulars that are happy each place has remained relatively undiscovered.

I hope that by sharing these with you I'm letting you in on some of the best little secrets Atlanta has to offer. 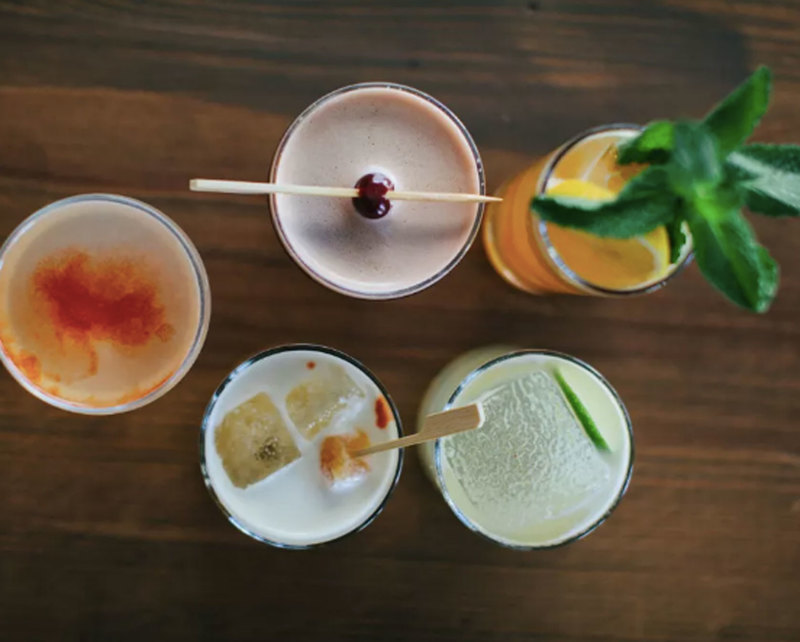 The Pinewood is another Decatur restaurant that has fairly good food, particularly at brunch, but it is often overlooked as a drinking destination. The bar here is long and spacious and the atmosphere is welcoming. This is the place to drink when you don’t want to be bothered and you don’t want to make an accidental appearance in a blogger's photo, but you still want a really, really good drink. Also, every Wednesday night The Pinewood offers all of its whiskey cocktails for $6. Is it Wednesday yet?

What to order: By far, if you are a lover of whiskey, order the Goonies Never Say Die. It is a balanced, spirit-forward cocktail featuring whiskey, ginger liqueur, lemon, some other secret delicious ingredients as well as a candied ginger slice as a garnish. It goes down so easy that it’s hard to stop at just one. Pro tip: stop after three, trust me. 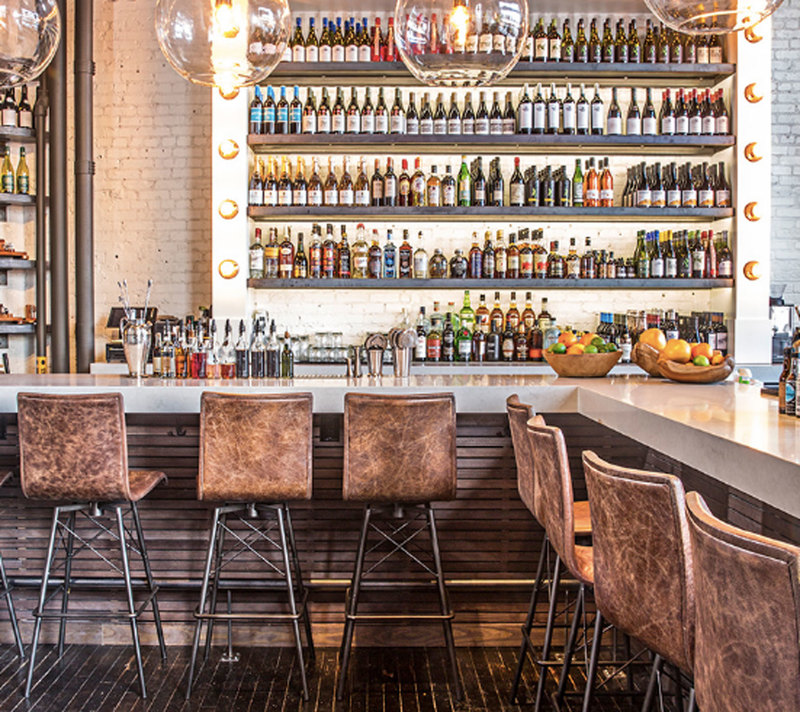 Finally, the shining crown jewel in the Atlanta bar scene. Often overlooked and criminally underappreciated, Biltong stands head and shoulders above the rest as the best bar in Atlanta. Located in the ever-busy Ponce City Market, Biltong certainly has a few things working against it, namely the fact that it only stays open on the weekends until 11 p.m. and that no one really knows what the heck it is.

When you walk past you’ll notice all of this dried meat hanging in the windows. It’s easy to dismiss as a weird jerky bar (and it is) but once you venture inside you’ll see that the cocktail program, and staff, are truly second to none. Boasting an insane collection of spirits, anything you want you can have at Biltong. The cocktail menu changes with the seasons, so you’ll rarely be offered the same thing twice. If you find something you absolutely love, order it as many times as you can before is disappears. (*Ahem.*  Looking at you, Rum Martinez and Bizarre Love Triangle.)

What to order: The See You Space Cowboy. This cocktail is a fan favorite that is so popular that it's always on the menu. Made with bourbon, spiced rum, ginger, yuzu, lime and prickly ash, this cocktail manages to accomplish what few can; a boozy drink that's also incredibly well-balanced and bright.

Also, remember what I said about vodka? I’ll make an exception here, so if you’re a vodka fan that didn’t stop reading when warned, here is a treat for you. Biltong has the one vodka-based drink — Violent Delights — that I not only enjoy drinking, but crave. It's a doozy. Served in a clear glass skull this drink will have you coming back for more. It’s made with vodka, Campari, sweet vermouth and topped with a healthy smoke made of green tea gunpowder. It. Will. Change. Your. Life.