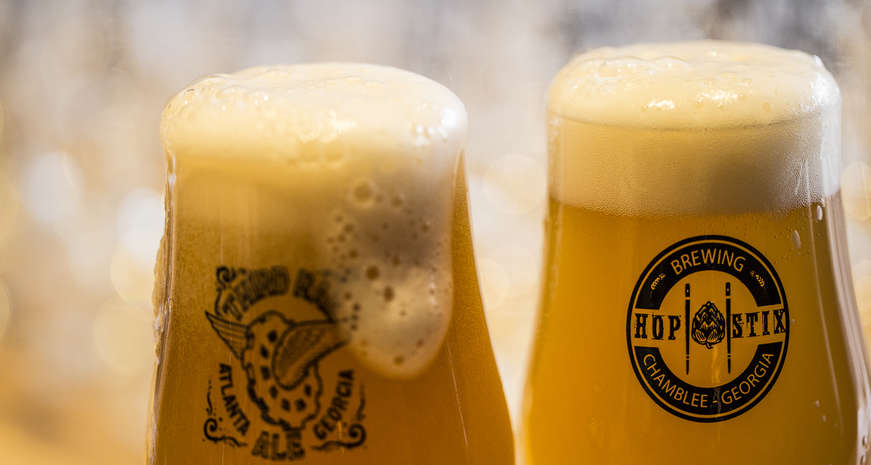 Third Rail Ale bubbling over in a glass

Hopstix, a brewpub in Chamblee, Georgia, and Third Rail Studios, the newest film and television studio in Georgia, partnered to create the perfect beer for your Southern summer, according to a recent press release. Called Third Rail Ale, the Thai-infused beer was launched June 29 and made available to Hopstix customers June 30.

Hopstix founder and brewmaster Andy Tan created a culinary concept almost as fresh as the food's ingredients. The restaurant's website credits "his passion for fusion foods and award winning craft beers" and "his ability to fuse the two together" for the birth of the unique Asian brewpub.

Hopstix grants the South a place for people of all cultures to share a creatively diverse dining and drinking experience and shares its goal of becoming Georgia's first Asian fusion brewpub on Facebook. Serving up a menu of innnovative food selections and a sizable list of drink choices to match, it cooks up multicultural fusions that allow you to learn and try new things to your stomach's content.

According to a story in the Atlanta Business Chronicle, Dan Rosenfelt, Third Rail's president of operations, thought up the idea of collaborating after realizing how often he ate at Hopstix.

Tan said the inspiration for the collaboration was "to show two local companies come together to support the growing art scene in Atlanta.” When Rosenfelt began speaking with Tan about a potential partnership, they set out to make an ale great for a warm summer day, and they did just that.

Third Rail Ale, Hopstix's latest liquid creation, is a Belgian Witbier enhanced by Asian flavors and brewed with fresh, summery ingredients like lemon grass, lime leaves and orange peels. Drinking it is a refreshing way to cool off during your hot summer days in the South. 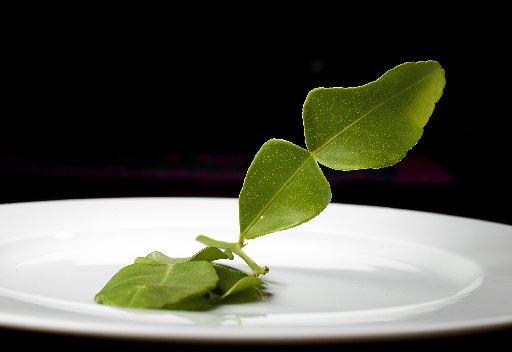 Rosenfelt said the beer was a hit at the launch party. He said the event was about “all of us getting a chance to break bread with each other."

“Everyone tried the beer, really enjoyed it," he said. "Some tried it a few times, just to make sure.”

The Georgia movie studio and Southern Asian-inspired restaurant will donate 20 percent of all Third Rail Ale sales to re:imagine/ATL, a local Southern nonprofit organization that mentors and empowers young, up-and-coming dreamers in the film, music, media and entertainment industries.

"When people sit down and have beer, it’s basically a way to connect to each other,” Rosenfelt said. “Beer is another way to shine a light on what we do and to let people know we are a part of this local community.” He said their goal is for the drink to “foster this sense of family and brotherhood."

Rosenfelt told the Atlanta Business Chronicle that Third Rail Studios, which is currently working on a film called “Rampage” starring Dwayne “The Rock” Johnson, seeks to engage the city of Atlanta and its surrounding communities. Tan said the two businesses, located only a mile from each other, have made a commitment to promote the arts, from film to beer, and connect to their communities through the collaboration and the donations it yields. 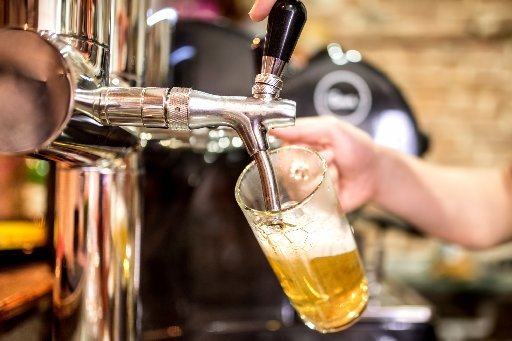 “We don’t wanna just be a brewpub that just makes beers," he said, deeming beer both an art and a science. “This is to show that we care about art... just to show you can get creative with beer."

A passionate supporter of the group, Rosenfelt said the opportunity to assist re:imagine/ATL was extremely important to him.“That just kind of brought it full circle for us,” he said. “If we can help support this kind of thing all the time, we’re going to.”

Tan said Third Rail Ale will only be around for one to two more weeks and is selling out fast. So hurry on over to Hopstix to grab your glass and tell us how it tastes! 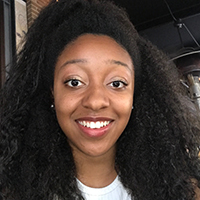 Daryl Mitchell is a member of Southern Kitchen's digital content team. A student at New York University, she majors in broadcast journalism and international relations, and minors in French studies. She is a Georgia resident, raised on Southern food, family, traditions and values, and she is always ready for a hearty helping of Mom's beloved homemade mac and cheese.