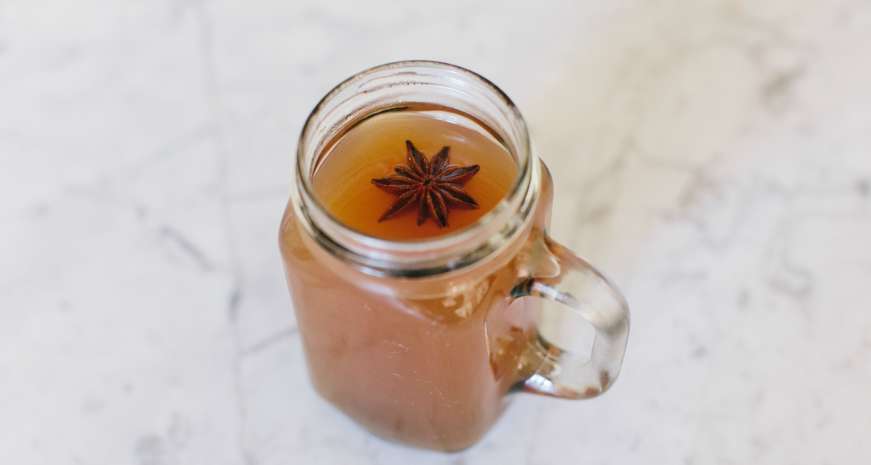 Forget opening up a bottle of too-sweet apple juice. To make the best mulled cider, do as our holiday recipe contest winner Mounir Echariti does and make your apple cider completely from scratch.

When we asked you, our readers, for your best holiday drinks recipes, we had no idea what kinds of recipes we would get. Many were turkey-themed, filled with lots of sweet, belly warming liqueurs. However, once we read Echariti's recipe for a booze-free apple cider that started with (surprise!) fresh apples, we knew we had our winner.

Skip straight to the recipe

Echariti told us in an email that he was inspired to create his apple cider recipe after spending a Christmas holiday in Bolzano, a German-speaking region in northern Italy: "Drinks such as mulled wine (Gluhwein) and mulled apple cider (Brulé di mele) are served almost in every stand in the Christmas market. I first starting making the recipe when I lived in Tuscany, and have continued the tradition here during the holidays." 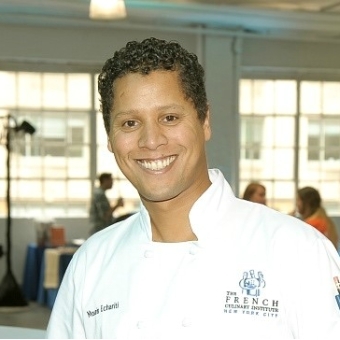 To make the cider, Echariti boils chopped apples with water and an abundant — and unique — blend of spices. Allspice, candied ginger, cardamom and star anise all make an appearance in the drink, in addition to mulled cider classics like cinnamon and cloves. Once the apples have almost fallen apart, you'll just need to strain the whole mixture and simmer a bit more with a touch of sugar, if desired. A touch of whiskey tastes great if you're looking for an adult beverage, but this drink is awesome as is.

Echariti told us that he grew up eating a Mediterranean diet and he loves to cook with olive oil, garlic, herbs, vegetables, fish, pasta and grains. "I love to explore new foods from different cultures and have been lucky to have lived on three continents and be exposed to many culinary experiences," he said.

He began cooking professionally when he moved to the Italian commune Gaiole in Chianti, Tuscany, at the age of 21. "This provided me with a tremendous opportunity to learn in such a special place where all the best quality ingredients, such as olive oil, grains, cheeses are available," he said.

Clearly Echariti's experience shows in this cider recipe, which we'll be making for every gathering between now and New Year's. 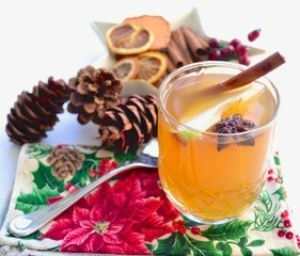 Place the pot over high heat. Bring to a boil, cover and cook for 30 minutes. Reduce the heat to low and simmer, covered, until the apples are very soft and the liquid is fully flavored, 2 to 2 1/2 hours.

Strain the mixture through a fine mesh strainer into a second pot. Discard solids. Taste the cider; if you’d like it to be more fully flavored, return it to the heat and continue to cook at a rapid simmer until concentrated to your desired flavor.

Place the strained cider over low heat to keep warm. Taste, and add sugar as desired. (Depending on the sweetness of the apples, you may not need to add any sugar; see note.)

What to drink at your all-outdoor Thanksgiving

What to drink at your all-outdoor Thanksgiving