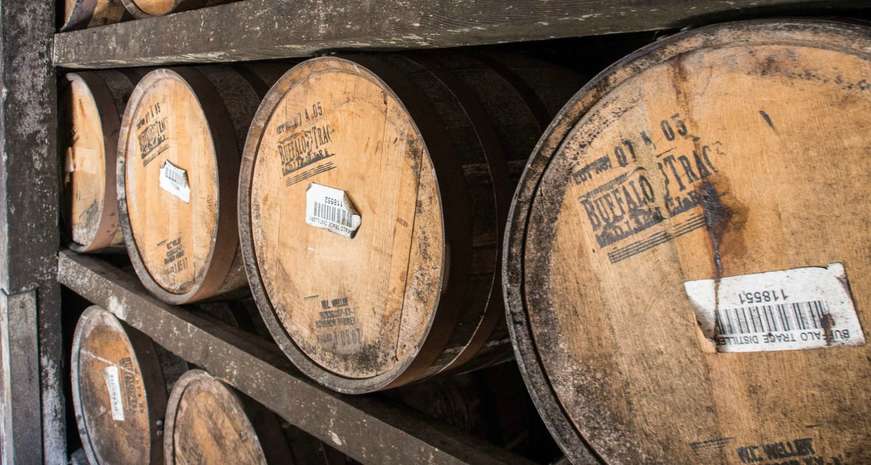 Our four most burning questions about aging bourbon, answered

If there's one thing I find most mysterious about bourbon, it is that years-long process that takes place in aging barrels. I (kind of) understand how spirits are distilled and I definitely understand how to drink them when they're bottled, but aging is this seemingly magic process, transforming harsh moonshine into glorious bourbon.

To better understand what I'm pouring in my rocks glass, I did a little research on the great American spirit and its production process, to answer four of what I think are the most important questions about barrel-aging.

But first, a note on bourbon age. There are many, many laws about how age is displayed on bottles, and if it even does appear in the first place. In order to be called "straight bourbon whiskey," a spirit must be aged for at least two years, but no more than four years, and it must have its age listed on the bottle. Bottled-in-bond bourbons must be aged for at least four years, and any other age statement on a bottle must reflect the youngest whiskey used in its blend.

Yep, the majority of the bourbons sold today are some kind of blend of different ages and barrels; this process allows producers to maintain a consistent flavor profile. It also means that many producers now choose not to list age statements when they aren't required; even when a bottle of bourbon contains mostly eight-year-old whiskey and only a splash of four-year, it still must be labled four-year if there is an age statement on the bottle. What this all means is that there's no reason to worry if your favorite bourbon doesn't carry an age statement — a lack of age says nothing about what is in the bottle. And, as we'll get to later, older bourbons aren't necessarily better. 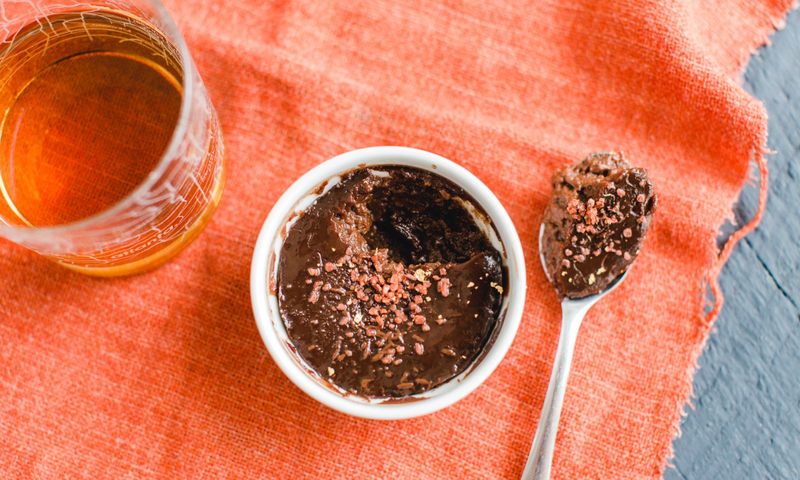 So why do we even age bourbon?
If we didn't, it wouldn't be bourbon. While bourbons can be aged for many different lengths of time (more on that later), they legally cannot be called bourbon without spending time in a charred, new oak barrel. Yes, the law actually says this.

But, snarkiness aside, it is the aging process that transforms a relatively harsh and neutral grain spririt into something worth coveting, and even spending hundreds of dollards per glass on. The charred oak barrels, which we will get into in a moment, add additional flavor compounds to the spirit, and the time spent in the barrel concentrates the whiskey. Harsh flavors mellow and wood flavors increase, along with tannins and other compounds from the wood, adding new character and body to the whiskey. The barrels also lend whiskey its warm brown color; unaged white whiskey is, as the name implies, clear because it hasn't gotten a chance to take on any color from the wood. 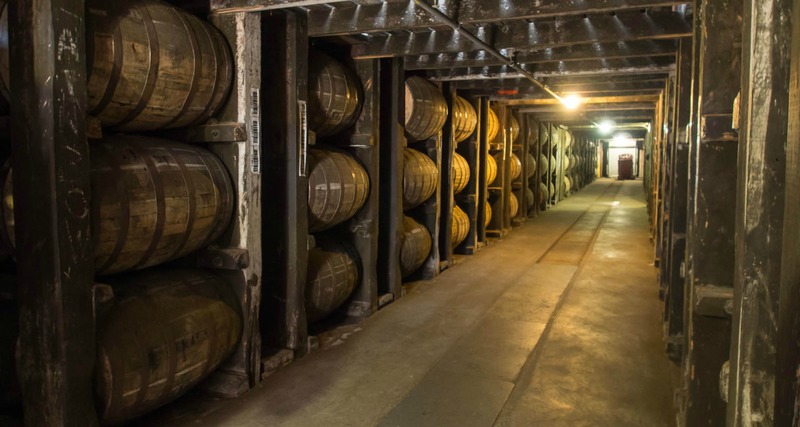 What's up with the oak barrels?
One of the biggest differences between bourbon and other similiar whiskies/whiskys from Scotland, Ireland or Japan is the types of barrels used for aging. In other places, distillers make use of old wine or port barrels to age their spirits, but in the United States, bourbon must be made with brand-new oak barrels that have been charred. Legend has it, Elijah Craig (who was, incongruously, a Baptist minister in addition to being a distiller) was the first to use charred oak barrels to age his spirits; however, this story is likely not actually true. We'd be willing to guess that oak was simply an easy choice for aging, and that there was likely little access to used wine barrels in the Southeast during the 18th and 19th centuries.

Used barrels will contribute characteristics of wine or port to the spirit, whereas new oak will, obviously, not. This new wood exudes strong vanilla and butter notes, from vanillan and lactone compounds, respectively. New oak is also high in tannins, which make their way into the bourbon as well. (European oak is higher in tannins than American oak, so bourbons tend to be less tannic than European whiskies. However, it is entirely legal for bourbon to be aged in European oak, as long as it is unused, so this distinction is not always true.) 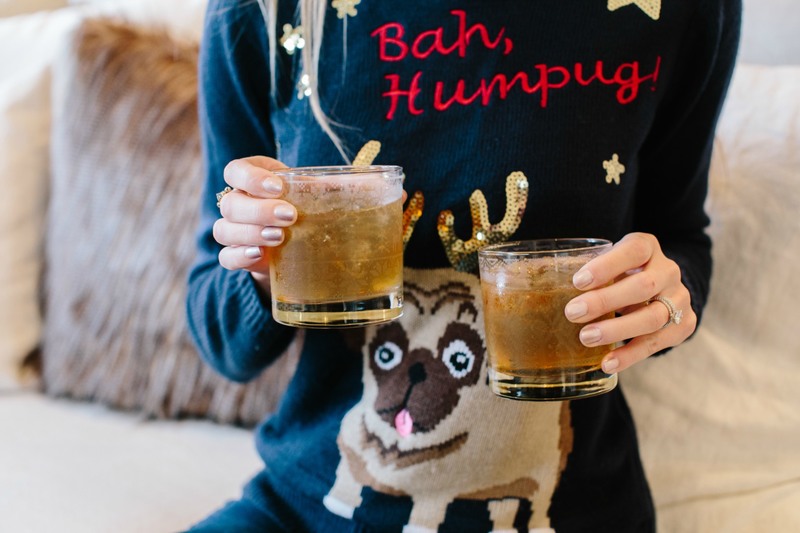 What does charring the barrels do?
Charring the aging barrels is a crucial step. All of that black stuff? That's charcoal, which, just like in a home Brita filter, will filter the bourbon as it ages, removing many undesirable flavors. It is also a unique characteristic of American bourbon; European whiskies/whiskys use "toasted" barrels, which are heated far more gently than those that are charred. Whiskies/whiskys aged in toasted wood tend to have a slightly sharper flavor and lighter color than American bourbon.

In climates like that of Kentucky and Tennessee, hot summers and cold winters cause the spirits to expand into and then contract out of the wood. This factor speeds up the aging process, which is why most bourbons you see on the shelf are younger than, say, a good Scotch whisky. Bottling bourbon after only a few years of aging isn't just a cost-saving measure; it may just have hit its sweet spot at a rapid clip. And all whiskies can spend too much time in a barrel. Eventually, the compounds in the wood can take over, which will cause the whiskey to take on the flavor of a decaying log. Yum! 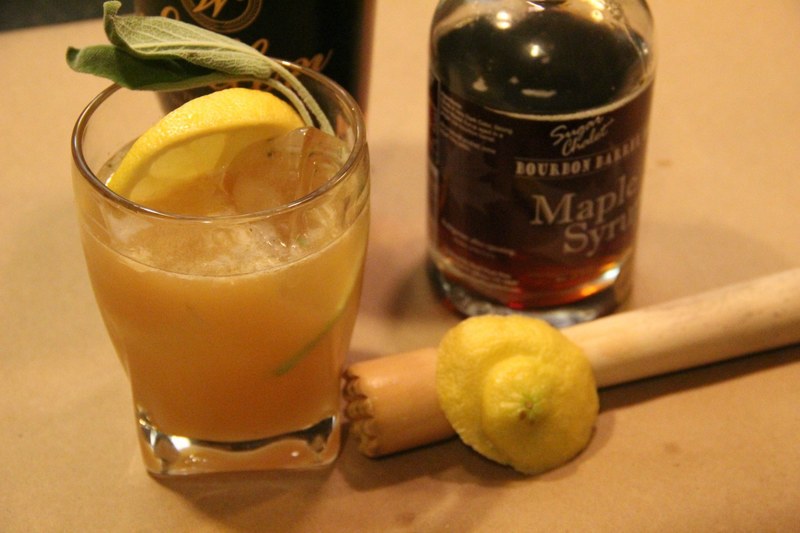 Of course, there are many cult bourbons (hello, Pappy Van Winkle) that are aged for decades and are highly-prized for a reason. Age can add value and complexity to bourbon, but that it is not necessarily the only indicator of quality. Many bourbons hit their sweet spot in four to eight years, so there's nothing wrong with valuing those bottles as well.

Bourbons will also continue to change once they have been bottled, but these changes, mainly oxidation, are not particularly desirable. Unlike wine, you're not really at an advantage purchasing a dusty bottle of bourbon that's been sitting on a liquor store shelf for years. Over time, oxidation will change the flavor of the bourbon, as well as its color, gaining fruity notes and, eventually, nail polish remover and other rancid flavors. Of course, if the bourbon was bottled in dark glass, and is still full, these changes will take far longer than they would with wine, so there's no need to fret about that bottle you forgot about (if that's possible) last year.