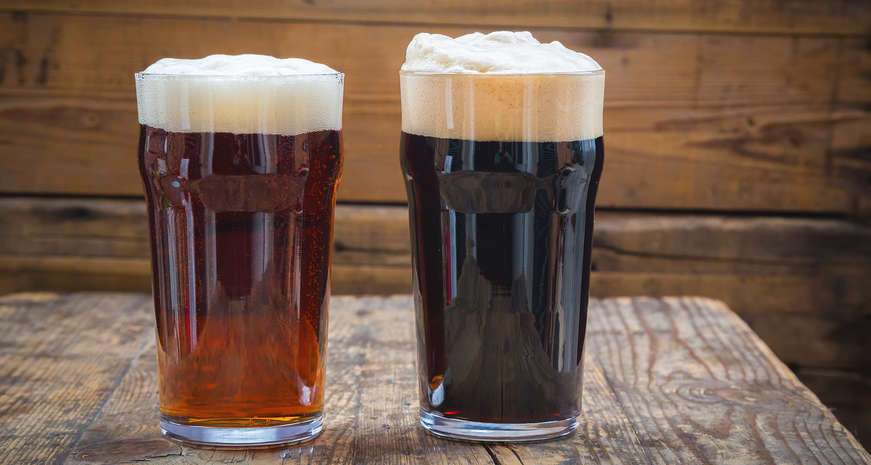 Ring in the New Year with these 4 Southern stouts

The holidays are almost behind us, New Year's Eve is fast approaching and the promise of a fresh start is ahead. Generally speaking, the New Year is rung in with boisterous laughter and sparkling wines or ciders. But with so many Southern breweries turning out craft brews, consider swapping out your traditional fizz with an ice cold stout.

A stout is the stronger, boozier version of a porter, which itself is a dark, malty beer named for 18th century Central London river porters known for preferring this style of suds. Although stouts have their roots in early English porters, it was Arthur Guinness's stout porters — made in Dublin to compete with English versions through savvy export strategies — that turned the style into an Irish hallmark.

Now, of course, Guinness Draught is by far the world’s most famous stout. Like its cousin, the nearly identical Murphy’s Irish Stout, Guinness is an example of a dry Irish stout, a style that, hovering around 4 percent alcohol by volume, is actually relatively low gravity as far as stouts go. As craft brewing continues to proliferate, however, a growing number of Southern brewers are giving beer drinkers a few more options.

From the traditional to the outlandish, these stouts taste as good as they will look next to your sparklers and other festive decor. Look for these at your local well-stocked beer store.

Highland Brewing Company, Asheville
Black Mocha Stout (5.0% ABV)
Asheville is now teeming with impressive craft breweries, a trend Highland Brewing Company sparked in 1994 when it became the city’s first legal brewery since Prohibition. The company’s Black Mocha Stout uses several types of malt, along with roasted barley to create flavors reminiscent of cocoa nibs and espresso. It is rich-textured and opulent, with a sense of semi-sweet melted chocolate in the finish. 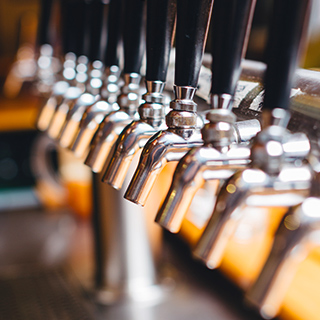 Good People Brewing Company, Birmingham
Coffee Oatmeal Stout (5.7% ABV)
Like Highland Brewery in Asheville, Good People Brewing was the first brewery to open in Alabama after the state passed laws permitting higher-alcohol-content beers and, later, the opening of tasting rooms. Started by then-homebrewers Michael Sellers and Jason Malone, Good People is nearing a decade of garnering high praise from the beer community. An oatmeal stout adds oats to the mash to create smoothness and body, and in this case, according to the company, the beer is brewed with coffee in the mix, too. The coffee doesn’t dominate, but instead mingles with roasty malt notes, all of which is scrubbed away with a hefty dose of Willamette hops in the finish.

Terrapin Beer Company, Athens, GA
Moo-Hoo Chocolate Milk Stout (6.0% ABV)
Athens’ original craft brewery, Terrapin, continues to expand its range of brews, and the Moo-Hoo stout is a seasonal winter release that is still populating shelves. Milk stout is a particular sub-genre that makes use of lactose to add subtly sweet texture to the beer. In the case of Moo-Hoo, the brew also includes cocoa nibs from Olive & Sinclair Chocolate Co. in Nashville. Opaque and nearly black in color, Moo-Hoo has a big, frothy texture and finishes creamy, almost dessert-like. 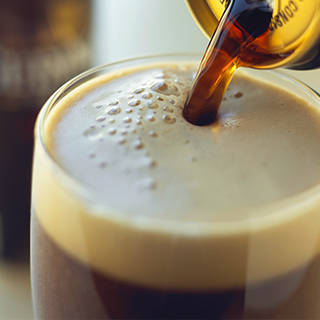 Southern Barrel Brewing Co, Bluffton, SC
Frozen Barrel Imperial Milk Stout (10.0% ABV)
Like Terrapin’s Moo-Hoo, Frozen Barrel Milk Stout by coastal newcomer Southern Barrel Brewing Co. adds lactose to the brew. But, in this case, the beer is more potent, reaching 10 percent ABV to make it an imperial stout. Imperial stouts have a place in history as a style the British created for export northward to Russia, specifically because Catherine the Great was a fan. The style is typically high in alcohol (usually 8 to 12 percent ABV) and endowed with a huge malty character and bitter hops. In the case of Southern Barrel’s unusual hybrid style, the beer is also aged four months in used whiskey barrels with whole vanilla bean pods, imparting a boozy sweetness. The result is a beer that is surprisingly balanced, given its alcohol content, and emits a kind of cool creaminess that tastes uncannily like a frothy milkshake blended with bourbon.

Prefer IPA? Here are our favorite Southern hoppy beers
Or want to pour out a cider? Try one of these
Ready to eat? Here are the best Southern beer and cheese pairings

Staying in on NYE is the new going out

Staying in on NYE is the new going out