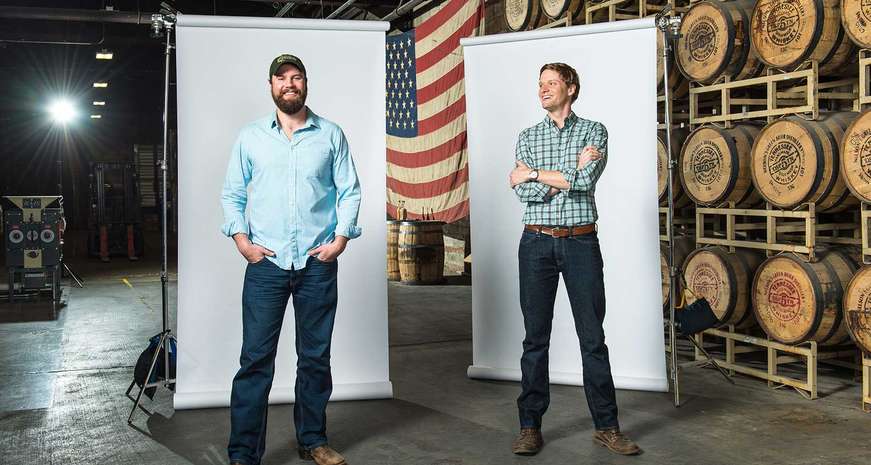 In 1909, statewide Prohibition shut down production at all of Tennessee’s distilleries, including Nelson’s Green Brier Distillery, which in the early 20th century was one of the country’s largest whiskey producers and distributors, easily outselling the likes of now-household names like Jack Daniels. Today, brothers Andy and Charlie Nelson, the great-great-grandsons of the distillery’s founder, Charles Nelson, are reviving their ancestor's business — and his whiskey recipe. 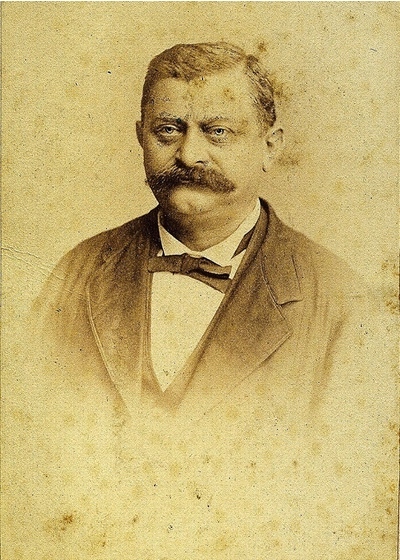 While the original distillery had over 30 products, Nelson's Green Brier Distillery's most popular and successful was always its Tennessee whiskey. As the history of the distillery goes, back in 1885 when there were hundreds of legal whiskey makers in the state, Charles Nelson's business was far ahead of competitors, selling close to 400,000 gallons of their popular product that year to buyers from Paris to San Francisco. It was obviously good stuff.

Andy and Charlie relaunched the distillery in 2009, three years after joining their father Bill Nelson on a trip to a Greenbrier area butcher. That meeting led to a meeting with the curator of the Greenbrier Historical Society, who still had two original, perfectly preserved bottles of Nelson's Green Brier Tennessee Whiskey. That was the moment the two history-buff brothers decided to read the signs, or perhaps the message in the bottles, and find investment funds to purchase a 100-year old set of warehouses and reopen the family business.

Making a Tennessee whiskey was important to the brothers because Nelson’s First 108 is the first of the brand’s whiskies produced, distilled, barreled, aged and bottled entirely on site at their Nashville distillery. Their first product, Belle Meade Bourbon, was made using a custom Nelson's Green Brier recipe and whiskey from another distiller before being warehoused and bottled in Nashville, a common practice for new distilleries waiting for their original products to come of age. Not to mention, Belle Meade was originally a brand owned by Nelson's.

In the process of relaunching Belle Meade Bourbon, the brothers stumbled upon Charles Nelson’s original recipe while reading through old newspaper articles and immediately realized they'd found the formula for the distillery’s first flagship whiskey.

“Apparently, a journalist toured the facility during a picnic that was a ‘who’s who’ of Nashville, and the distiller at the time, a Mr. Bollinger, went through the recipe with him, step by step, and it was then printed in the paper,” said Charlie, the younger of the two brothers. “It was as precise as, ‘First, we grind up 103 bushels of corn and cook it up to 212 degrees. Then, we cool it down and add in 30 bushels of milled wheat,’ and so on.”

This original recipe, a mash bill of corn, wheat and malted barley, forms the basis of Nelson’s 108. Just like it was more than a century ago, the whiskey is mellowed using the Lincoln County Process, in which it is filtered through sugar maple charcoal chips to give it a “cleaner, smoother, mellower taste,” according to Charlie.

After this step, Nelson's First 108 goes into 30-gallon barrels to age for two years — 108 of them to be exact. Finally, the whiskey is finished in full-sized 53-gallon barrels for rounder, fuller flavors before being bottled at 90 proof.

“Our very first plan was to use the recipe and wait four years for it to mature and have a finished product,” said Andy. “And when we realized that not a lot of people were going to give us money to do that, we had to switch things up. That’s why we ended up with 30-gallon barrels, for faster aging.”

The result is a young whiskey with a surprisingly mature taste that gives notes of brown sugar, caramel, cedar, candied apple and fall spices, with a cocoa, cinnamon and cherry finish. 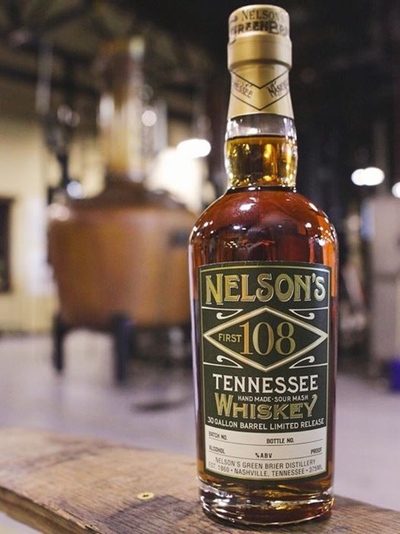 “I love that it has a s’more type of flavor — graham crackers with a little bit of chocolate and malted notes like apple butter,” said Charlie.

Because Nelson’s First 108 is a wheated whiskey, it is “smoother and [has] a bit sweeter profile than you’d get with a rye whiskey or high-rye-content bourbon in its first two years,” said Andy. The wheat “softens out the edges,” he said.

Each of the mixing, mellowing and aging steps — along with using 51 percent corn in the mash, aging the whiskey in charred, new oak barrels and producing it all in the state of Tennessee — make Nelson’s First 108 a true Tennessee whiskey.

“We’re in a really cool space in the Venn diagram of American whiskey,” said Andy.

The whiskey’s name, Nelson’s First 108, is also a distinguishing feature. “When searching for a product name, we were trying to figure out how to differentiate this product from the 53-gallon-barrel, four-year [whiskey] we’ll be releasing in two years,” said Andy. “This was right after the Cubs won the World Series for the first time in over a hundred years, and an employee said to me, ‘Think about what that symbolizes for that team, to win after all that time.’ And then we realized we would be releasing this whiskey 108 years after the distillery was shut down, and it’s aging in 108 barrels, so the name 'Nelson’s First 108' seemed kind of perfect.” 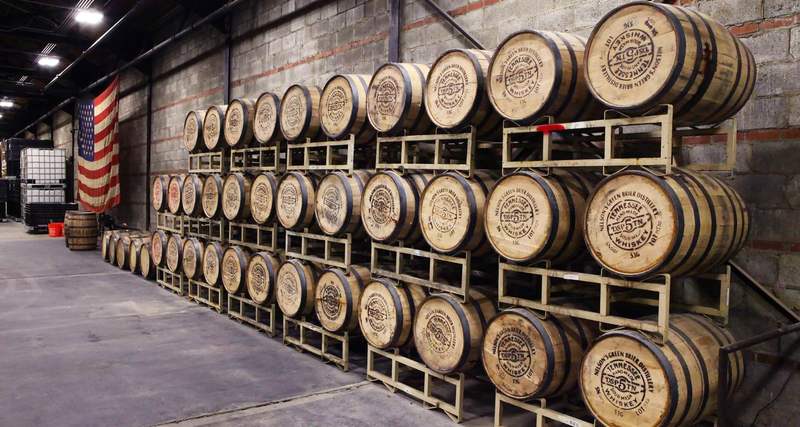 In addition to preparing for the release of the four-year Nelson’s 108, the brothers are expanding their production space. “We are working on building another much larger facility outside of town so that we can take 100 percent of production in house, while keeping our current facility as a more experimental, R&D distillery,” said Charlie.

“Ultimately, we have to focus on what sets us apart from anybody else, and that’s our history, our heritage and our story. We’re staying authentic to who we are and why we got into this business in the first place.”

We’ll drink to that.