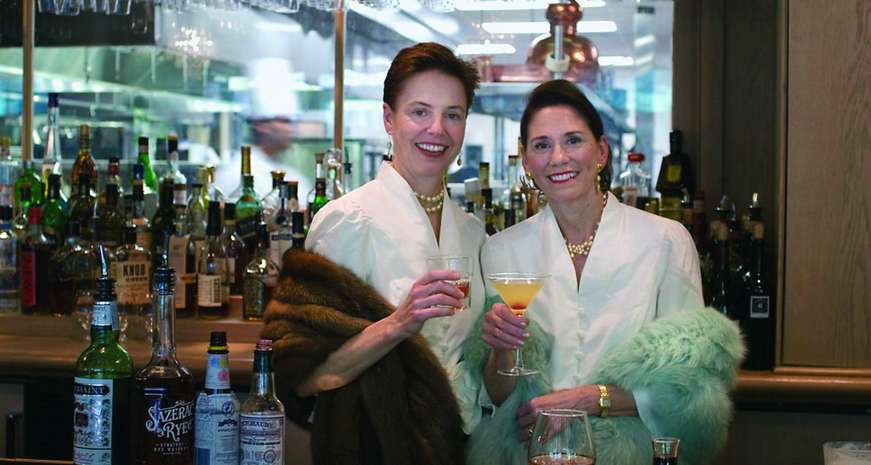 The 1960s-based TV series “Mad Men” may have inspired the return of the classic martini on bar menus but it is Commander’s Palace, in New Orleans' stately Garden District, that has kept the flame alive for decades, offering the sophisticated cocktail for 25 cents at three-martini lunches.

Before television and movies gave the three-martini lunch a little sex appeal, these mid-day business meetings were nothing more than a way for men in suits to schmooze and broker deals over food and cocktails. The lunches were long and leisurely, and the martini, a popular drink from the 1940s to the 1960s, was the cocktail of choice. The mid-century martini was not the 5- or 6-ounce exaggerated version of today. It was a compact, two-and-a-half-ounce mixture of gin and dry vermouth with maybe a dash or two of bitters.

The decline of these gin-soaked lunches began in the 1960s, as the national mood darkened in the shadow of the Vietnam and Cold Wars, and corporations implemented “fitness for duty” programs to keep costs, and employees, in line. By the 1970s, the martini was still considered a classic cocktail but it had lost some of its luster. As drinks like orange juice-heavy Harvey Wallbangers and screwdrivers rose in popularity, martini fans and their culture died away, and the drink slowly faded from bar menus.

In 1997, Ti Martin, daughter of Ella Brennan, the “grande dame” of the Brennan restaurant empire, took the the helm of Commander’s Palace alongside her cousin Lally Brennan. Ella Brennan, who had retired after 60 years in the business, spent almost half of those years building Commander’s Palace into one of New Orleans' and America’s most iconic fine-dining restaurants. "Miss Ella," as she’s known around town, is also credited for the creation of the classic dessert Bananas Foster, the New Orleans Jazz brunch and the iconic "Breakfast at Brennan’s," to name a few of her contributions to America's culinary scene.

Martin admitted her mother is a hard act to follow but said she knows she was taught well. “My mother did the 25-cent martini lunches back in like the 1950s or 1960s when she was at Brennan’s. It was very popular then. The present incarnation at Commander’s Palace came about in the 1990s and was actually inspired by my Aunt Dottie,” Martin explained. “Commander’s isn’t downtown or in the French Quarter. It’s out of the way for tourists. My Aunt Dottie kept saying to Lally and me, ‘Why don’t you do the 25-cent martinis again?’" 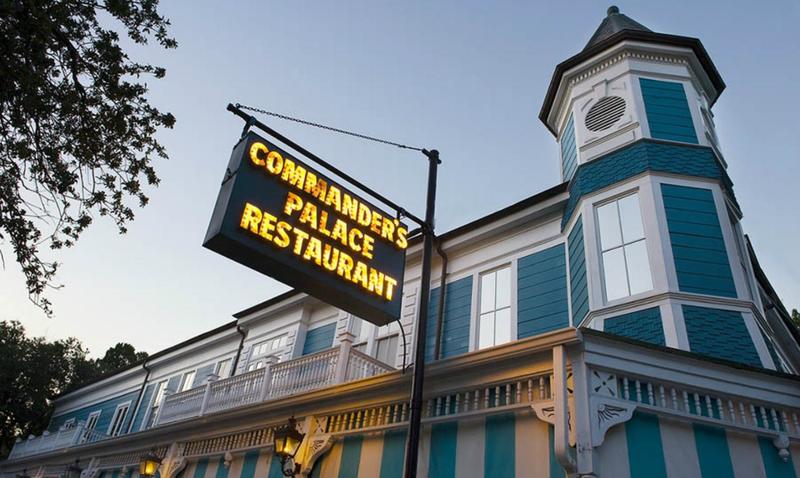 Martin says she and her cousin rolled their eyes on more than one occasion at their aunt’s suggestion. After all, no one drank martinis like that anymore. The three-martini lunch was dead. Or so they thought.

“Lally came to me one day and just begged me to give this martini lunch a try. I finally gave in so Aunt Dottie would stop asking us,” she laughed. (See Lally Brennan, Ti Martin, Aunt Dottie and Ella Brennan [seated], in the photo below, left to right)

Even at 25 cents a cocktail, the lunchtime promotion didn’t catch on right away, but when it did it “caught fire,” Martin said. Reservations for the midday martini-infused meal soon became hard to secure. A new tradition at Commander’s Palace was born.

Twenty years later, Commander’s continues to serve weekday crowds in pursuit of the best cocktail deal in New Orleans. While the restaurant’s martini lunches are often filled with tourists, Martin said they also host weekly groups of local ladies and families, as well as businessmen who ask to be seated in a quiet corner to talk shop. They, too, end up ordering the 25-cent martinis. Business is soon mixed with a little pleasure. It’s hard to pass up three martinis per person for 75 cents plus tax.

The restaurant offers four different martinis on their lunch menu: the gin (or vodka) and vermouth-based classic; the cranberry-colored Cosmo; their signature, blue-hued Commander’s Palace martini and the Ray’s Melon martini, named for a beloved employee, Ray Brinkman.

“Ray was a captain here for years. He was loved — super exuberant and flamboyant. We wanted the tray of martinis to look festive, and Ray was always laughing and having fun,” Martin said of the neon green riff on a martini Brinkman helped to create for the restaurant. 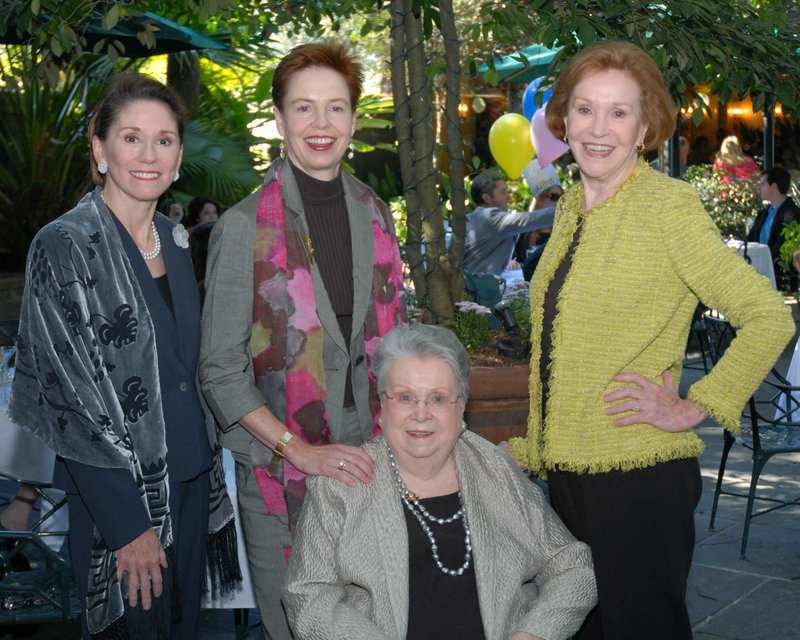 Ray’s Melon Martini is mixed with vodka, a housemade sour mix and a half ounce of Midori, which gives the cocktail its green glow. Martin said it’s a fitting tribute to a dear friend and speaks to the festive environment her mother always sought to bring to guests of Commander’s Palace.

“Mother incorporated her love for people and of life into the culture here at Commander’s. Hospitality remains our king. Her philosophy is that life is hard, work is hard, but you come to Commander’s Palace to eat well and be pampered,” Martin said.

Securing a coveted martini lunch reservation at Commander’s Palace can be difficult. Martin suggests calling the restaurant directly as far in advance as possible, but says if guests show up hungry and dressed nicely, they’ll find a table for them. There may be a wait in the courtyard with, of course, a 25-cent martini. No one seems to mind.

When asked how she takes her martini, Martin said she prefers her cocktail classic — dry gin and a couple of splashes of vermouth. When she feels peckish, she adds a blue cheese stuffed olive, “because cocktails with snacks are the best kind of cocktails."

“The martini is one of those cocktails which harkens back to a more carefree age," she said. "It’s sexy and sophisticated, and it makes you feel that way, too. Who doesn’t want to feel like that?

“Like Commander’s Palace," she summarized, "the martini is a state of mind. I think that’s the secret of their longevity.” 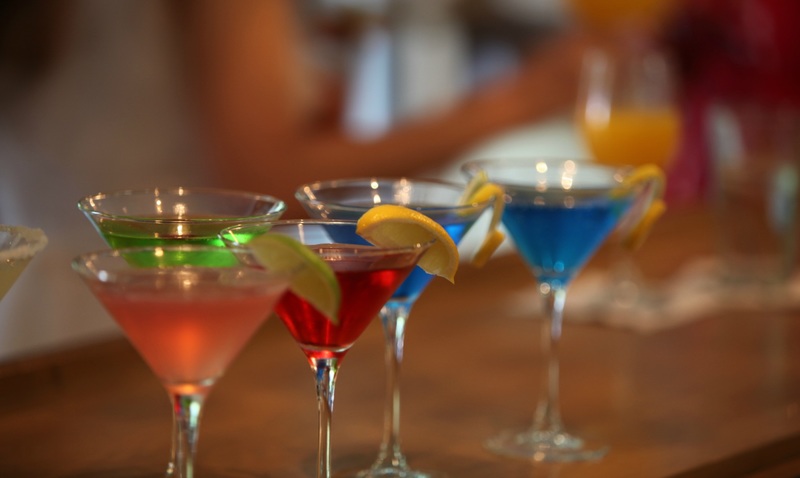 Instructions
Fill a cocktail or martini glass with ice.

Toss the ice in the glass and strain the cocktail into the chilled glass. Garnish with a cherry and serve immediately.

Instructions
In a saucer, mix the paprika, salt and cayenne pepper. Wet half the rim of a chilled cocktail or martini glass with the lemon wedge. Dip the glass rim into the seasoning mix on the saucer.

In a cocktail shaker filled with ice, combine the vodka and olive brine. Shake vigorously until chilled. Strain the cocktail into the prepared glass. Serve immediately.

We found the best distilleries in Texas

We found the best distilleries in Texas