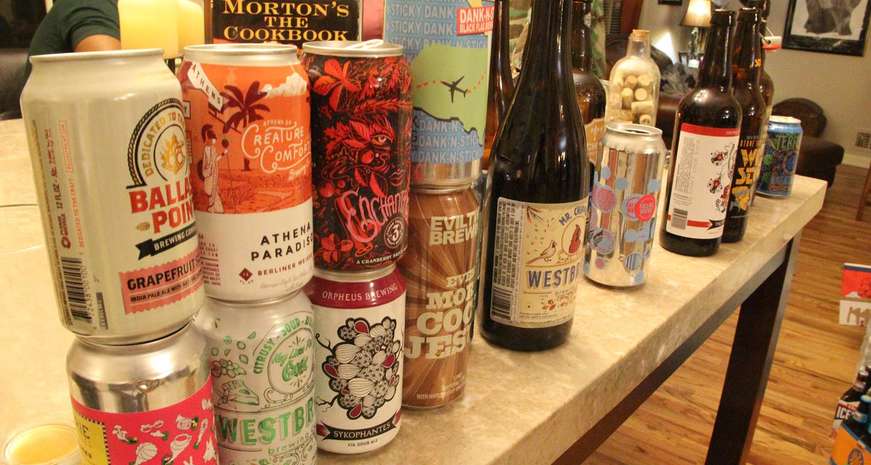 Bottle shares are nothing new in the beer community. From local home brewers to head brewers at major beer companies, these friendly exchanges of beer samples have been going on for decades, but are still unfamiliar to many people. By following a few simple rules you can easily host one of these beer-tasting house parties.

My wife recently hosted a bottle share house party for my 40th birthday and it was epic. People shared beers, laughed, had great conversations, played cards and made new connections based on the great fun people are having these days with craft beer. And since there are lots of craft breweries popping up around the South, it's a good time to support local beer by hosting one of these parties.

The basic idea of a bottle share is to have people bring a bottle of beer or more to a party and let everyone have a taste. It's not meant for beer that you might find at convenience stores or on tap at your favorite national chain restaurant; it's all about discoveries, personal favorites and rare finds. 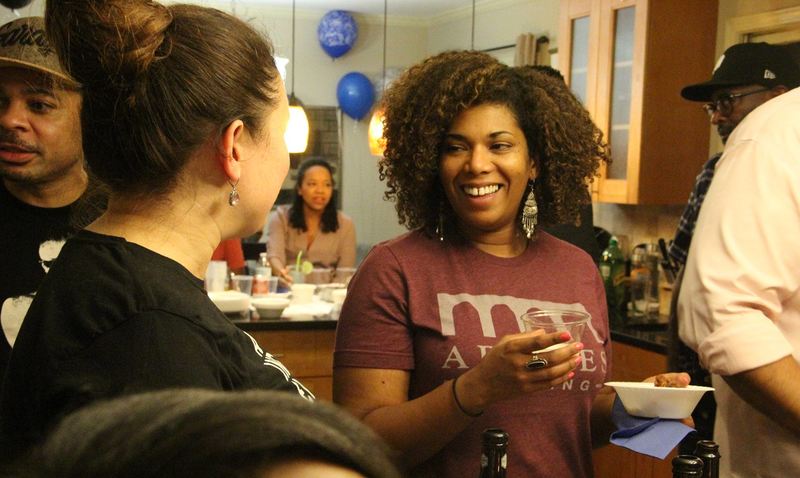 As long as you invite at least 12 people, these parties are great equalizers, because you learn a lot about the diversity of your friends' beer palates and the range of the drink as a culinary device. And when done correctly, other craft beer enthusiasts, or just adventurous beverage enthusiasts ("bevvies?") can experience all kinds of brews and make new friends as they selflessly share their trophy craft beers in small-pour samplings.

Here's a quick guide to throwing your first bottle share.

Invite both newbies and experts 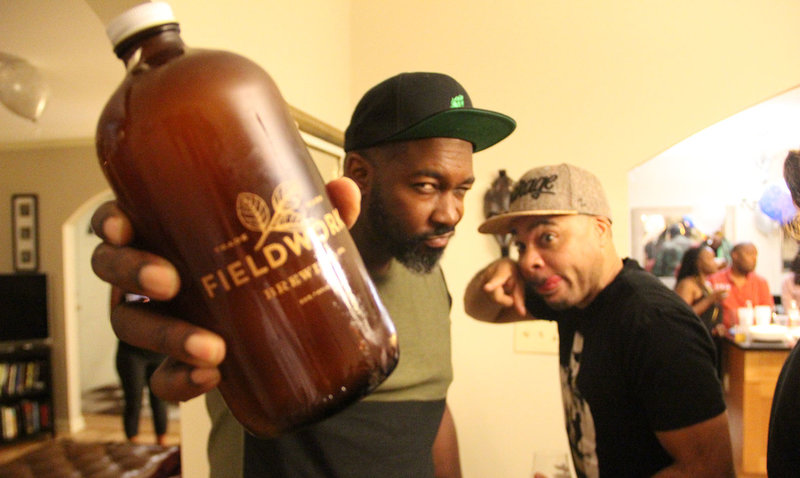 If you’re inviting more than a few people who’ve never attended a bottle share, it’s a good idea to invite a few folks who’ve attended and maybe even hosted one before. You’ll want people to get the idea of how everything flows without having to monitor interactions, and beer enthusiasts who’ve been there and done that will enjoy helping to lead people along the sampling trail.

Give everyone time to find beer
Make sure you give your invitees at least a week’s notice in case they need to seek out unique beers. You don’t want to bring basic domestics or predictable grocery store brands to the party — the point of a bottle share is to enlighten yourself and your guests with new taste adventures, so it helps to give folks at least a week’s worth of time to RSVP, and a few days to dig in the crates, so to speak. The more obscure your bottle share reservoir, the better. Encourage folks to get weird in your invite!

Shop for proper tools
You’re going to need a cooler than can hold at least one large bag of ice and can conceivably fit at least one beer for every guest you’ve invited, remembering that some folks might bring a six-pack because that’s what was available. Buy one with wheels in case you need to move it around.

Also get clear recyclable cups. All you really need is a pack of wide-mouthed five-ounce cups since you’re not pouring that much, but if you think folks are going to be swirling their beer like sommeliers, go for a taller cup. It’s important that they’re at least translucent; you want to have a good look at the beer you’re drinking since a lot of thought goes into appearance, from head foam to color.

Stack the deck
You might also want to stock your cooler with at least four beer styles, in case you find out when everyone arrives that you're heavier on a certain variety of beer, such as IPAs, and lacking other styles. You'll want to showcase a range of beers, and sometimes guests who haven't been to a bottle share will assume that the stronger the beer they bring, they more respectable they'll seem. It's definitely a good idea to remind guests that any and all styles are welcome.

Get beer food and beer snacks 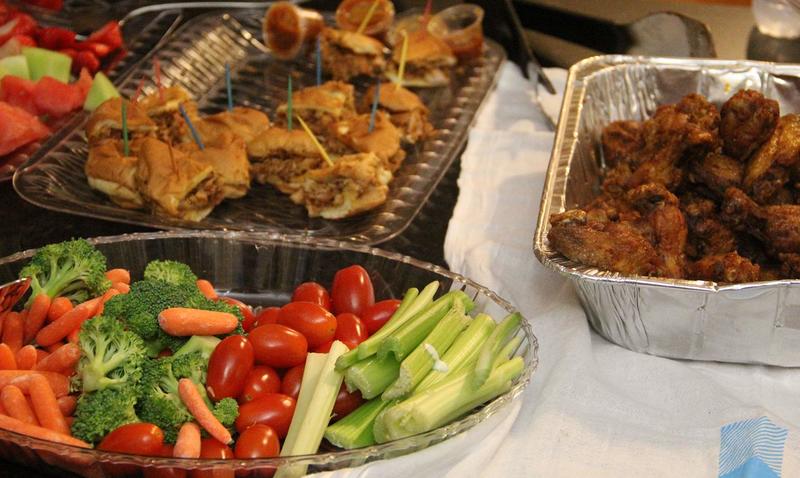 You’ll also need food. Fortunately beer pairs well with just about anything, but it’s really great with the kinds of foods you serve when tailgatig. Certain dishes pair perfectly with certain beer styles: Chicken wings, like these Coca-Cola Glazed Wings from our recipe database, will go well with stouts, which are also great with dark chocolates. IPAs usually work best with fish and chicken (especially when fried), but you can also match them with pimento cheese. Here’s a chart from the national trade group Brewers Association with more pairing ideas.

Encourage good etiquette
The first rule is that the owner of the beer is the one who opens it. You don’t just go into the cooler and start opening random beers and pouring yourself a cup-full. That’s another thing: You’re not pouring a pint here; you want to be able to let everyone taste what’s in that bottle. So while there’s no set rule on how much to pour, when you open yours, don’t give anyone too much or else you won’t have enough to go around. Three ounces should be the max.

Be the tortoise, not the hare 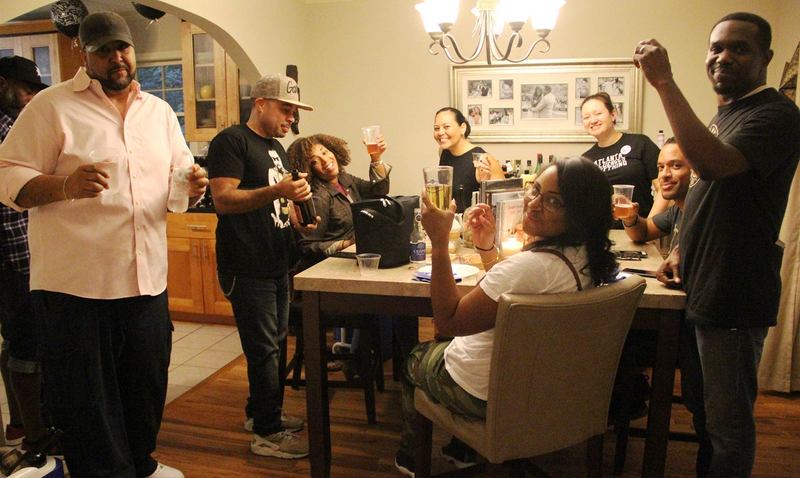 Inevitably someone, if not many people, will bring a very high-ABV (alcohol by volume) imperial stout or some other strong craft beer. Advise your guests (and yourself) to save these for last — the heavier taste of alcohol may be easier to take after your palate gets used to all those beer varieties. There’s also the obvious danger of needing to leave the game too early, if you know what I mean. When dealing with beers in the 12-percent-ABV range and higher, things can change on you very quickly if you’re not careful. Slow and low isn’t just good advice for cooking barbecue, you know. Remember: It’s a marathon, not a sprint. Goses and sours are usually on the lower end of the alcohol spectrum, and from there you can find plenty of sessionable (meaning you can drink lots of them) brews, from lagers to pilsners and more.

Turn it into a good cause
If you have a spare trash can or any other wide receptacle, line it with a garbage bag and place a sign on it that says something like “Cups/Cans Here.” You’ll be reducing the carbon(ized) footprint by making sure those materials don’t go into a landfill. Also, ask your beer-bashers to snap off the pull-tab when the can is empty and drop them into a designated container. There are nationwide children’s charities, from Shriners to the Ronald McDonald House, that make money selling not just the cans but also those tabs. If the communal beer experience doesn’t bring good feelings, this certainly will.

Create a beer can/bottle “graveyard”
Encourage your beer-happy attendees to snap photos of the beers they sample as they go, but also ask them to bring their bottle (or at least one of them) back to a central table or counter, so that at the end of the night there’ll be evidence of all the beers you drank. A good photo of the different beer labels will help everyone find those new favorites. Be creative and build a tower, castle or perhaps some other form of beer can art. With a little imagination and a good deal of adhesive you’ll have a brand new piece to accentuate your home bar.

Last but not least, encourage your guests to use ridesharing services like Lyft and Uber if they've gone even a bit overboard. Or just offer up a couch, with the promise that if they stay over you'll have a great beer for them in the morning — you're almost guaranteed to have leftovers. 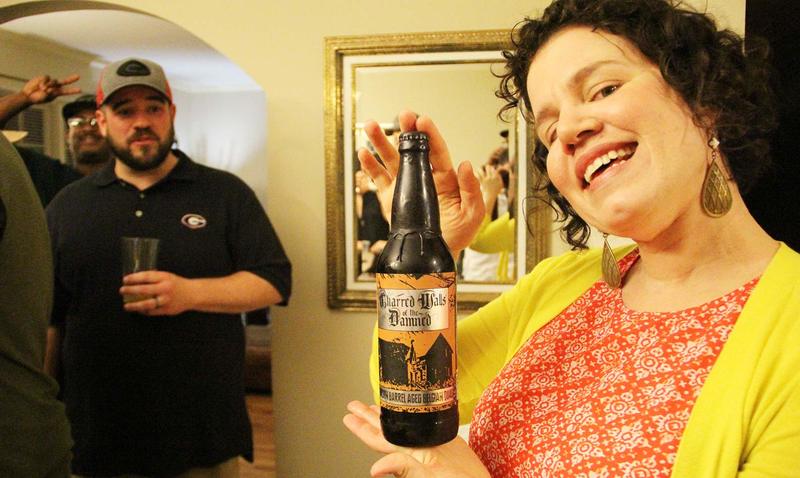 You know you're at a Southern party when ...

You know you're at a Southern party when ...