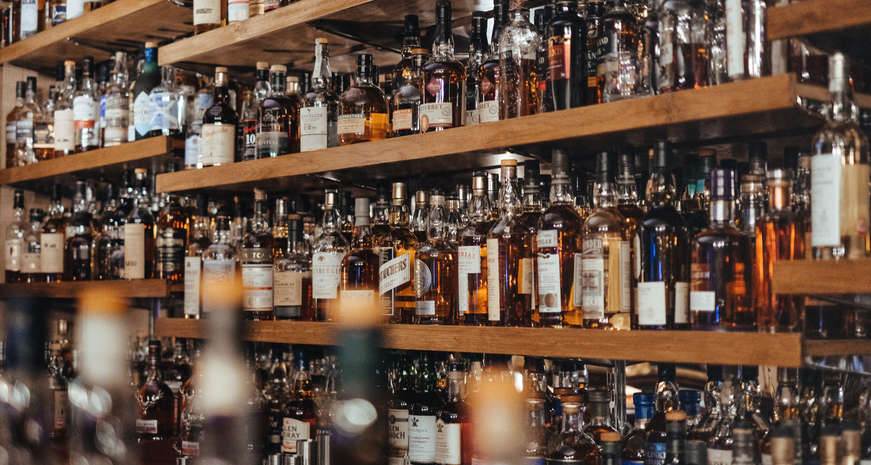 Intimidated by whiskey? We're here to help you start enjoying it now

Glorious, sweet, liquid amber whiskey. The mere smell of it brings men and women to their knees in adoration and pure joy. No longer held captive in stuffy steakhouses or roadside dive bars, whiskey is finally getting the shine it deserves. Maybe it's due to Don Draper's debonair character in Mad Men. Or else its ascendance can be tied to the rise of foodie culture, which has itself spilled over into the craft cocktail world. Personally, I say, who cares? I'm just grateful.

If you're not a whiskey enthusiast, I'm sure that all of this excitement seems a bit much. I can assure you however, that whiskey more than earns all of this adoration.

What is whiskey?
So what is this actual stuff that has such a massive fan following? The truth of the matter is that whiskey is really nothing more than water, grain (such as wheat, corn, barely or rye) and good old fashion' (no pun intended) time, and that might be part of what makes it so special.

Unlike vodka and gin, whiskey isn't a spirit that you can make in a day or two (unless we're talking white whiskey). On average it can take any where between 3 to 15 years to properly age whiskey, meaning that if you grab a bottle off the shelf today, chances are you're drinking something that was created around 2015 — and that's a conservative estimate.

Traditionally, whiskey is aged in some sort of wooden vessel which can either be charred — or not — depending on which flavor profile a distiller is going after. 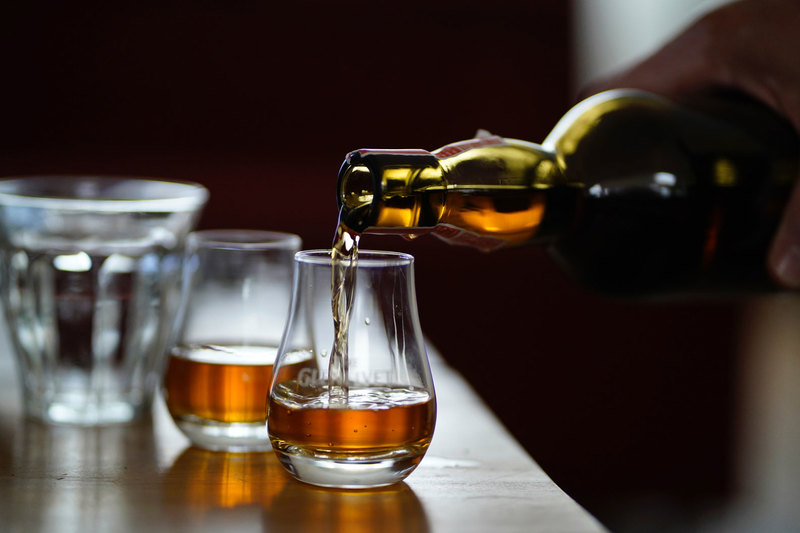 Whiskey, scotch, bourbon. What's the difference?
Now this is where it can get confusing. Think of whiskey as both a spirit onto itself and an umbrella term under which other categories fall — bourbon, moonshine, rye, Scotch, Irish, Japanese and Canadian.

Rye
In the 1700s, rye was the most popular variation of whiskey in the United States. In order for a whiskey to be classified as rye, 51 percent of the spirit must be made up of actual rye grain. It also must be aged for at least two years in charred oak barrels. You'll traditionally see ryes used in Sazeracs and Manhattans.

Bourbon
Unlike rye, in order to classify whiskey as bourbon, 51 percent of it must be made up of corn. The aging process here is almost identical — two years minimum in oak. The flavor difference is stark. Where rye whiskey is spicy and peppery, bourbons are often softer with vanilla and caramel flavors, making them a favorite among new whiskey drinkers.

Moonshine
We did a pretty deep dive in to white whiskey, or moonshine, but to catch you up, moonshine is basically unaged (or lightly aged) corn-based whiskey.

Scotch
Scotch whisky (yes spelled without an "e") is the granddaddy of all whiskies. Produced almost exclusively in Scotland, this spirit deserves an article all on its own. There are several misconceptions about Scotch, and they mainly revolve around the idea that all Scotches are peaty, smoky and intensely flavored. Scotches — made almost exclusively out of malted barley — can come blended, in single malts and grain, and therefore in a wide range of flavors. If you're a novice, you're probably going to have to work your palate up to all the nuances of Scotch.

Irish
Did you know that the oldest whiskey distillery in the world belongs to Bushmills? The distillery was created with a grant from King James I in 1608 and its been producing Irish whiskey ever since. Unlike Scotch, Irish whiskey is made of unmalted barley and is triple distilled, which means this stuff is super smooth and a great introductory whiskey.

Japanese
This style of whisky (yep another one without the "e") is produced exclusively in Japan. Modeled after Scotch, the Japanese take is made almost completely out of malted barley and features very similar flavor profiles to its British brethren. If you see any Japanese whisky on a shelf, you'll immediately notice a price difference — it's expensive and for good reason. Unlike any other whisky producing countries in the world, there are only two distilleries in Japan: Nikka and Suntory. Factor in the aging process and what you get is a super exclusive spirit.

Canadian
The only stipulation of Canadian whisky (last one without the "e," I promise) is that it be made out of a grain and mashed, distilled and aged in Canada. In terms of flavor, Canadian whisky is, on the whole, similar to its American counterparts, but typically has a lighter profile. 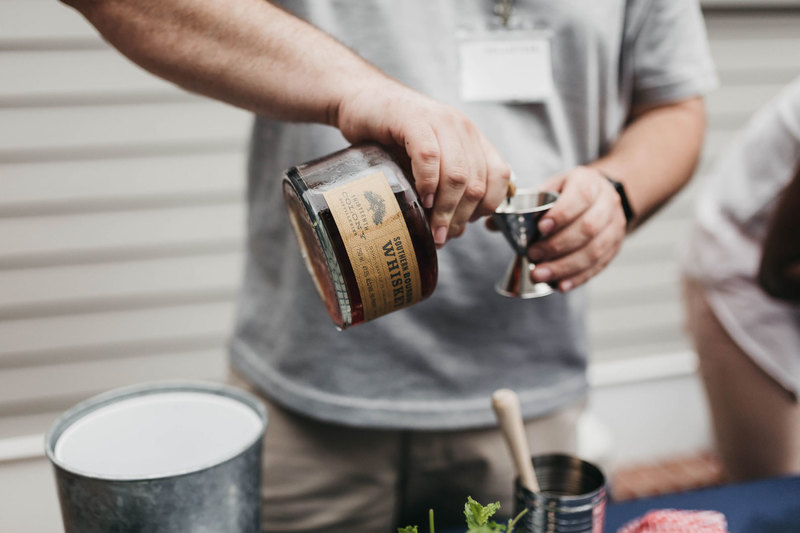 Ok, I'm ready to start drinking now
Have I scared you off yet? No? Good because you're potentially about to embark on one of the most fun relationships ever. Getting into whiskey is actually very easy. Since bourbon has a more approachable flavor profile, I would suggest picking up a bottle and starting there.

Most people just starting out are probably not going to want to sip whiskey neat (meaning straight up, no ice), but challenge yourself to do so just so you can get a feel for what you're actually drinking. What flavors do you taste? Try and really sit with it and jot down some notes. After you've done your bourbon homework it's time to start drinking for real.

In my humble opinion the most approachable cocktail to use to break into whiskey is the good ol' whiskey sour. This cocktail calls for fresh squeezed lemon juice, simple syrup and whiskey — that's it. The lemon is great because it add a bright zippy flavor that plays really nicely with bourbon and the simple syrup helps to balance and sweeten it up.

The more of these you drink you'll find that you'll start craving more bourbon and less lemon juice.

Another approachable easy cocktail is a whiskey ginger. Personally, instead of ginger ale, I like to use ginger beer because of the spicier notes, but you can use what you want. Try a ratio of 70 percent ginger beer/ale to whiskey and over time try to lessen the amount of mixer and up the whiskey amount.

However — and this is important — if, at the end of all of this experimentation you find that you're still just not that into whiskey, there is absolutely nothing wrong with you (mostly).