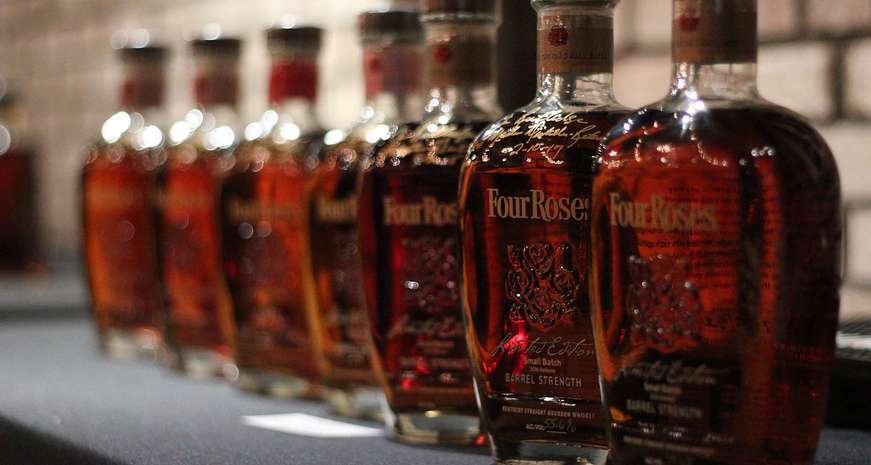 Here are 8 styles of bourbons, and the best brands you can buy in each

Have you ever heard someone from the South say, “I don’t really like bourbon?” If so, check their ID card to make sure they actually live around here. Then reply by telling them they probably just haven’t yet met their bourbon match. After all, bourbon is not a one-size-fits-all type of spirit.

There really is a great bourbon out there for everybody and every budget. Here are some of the best ones you can get in the style you love.

Traditional: Evan Williams Kentucky Straight Bourbon Whiskey (Black Label)
All bourbon, if it’s legally going to be called “bourbon,” must be made from at least 51 percent corn. A “traditional” bourbon is one made up of 70-to-80 percent corn. For flavor and value, Evan Williams is your best bet here. It’s easy to sip, comes in at a respectable 86 proof, and is aged between five and seven years, giving it a much smoother and fuller flavor than you’d expect for a brand that you can sometimes find at less that $15.

Wheated: W. L. Weller
We’ve told you about Weller before. It comes from Buffalo Trace Distillery, and is therefore part of the Pappy Van Winkle family. Like Pappy, it’s very smooth — almost smooth enough to make you wonder why people pay at least $700 more (if they’re lucky enough to find it that cheap) for actual Pappy, which is also wheated. The soft sweetness and light wood notes make it agreeable with almost anything, from cocktails to neat pours, and its glowing burnt sienna color radiates even without backlighting. Not bad for a bottle that costs as much for a “handle” as many lesser bourbons charge for 750 milliliters.

High Rye: Basil Hayden’s
There’s a lot of rye in the mash bill of this exceedingly light-bodied bourbon, which is produced by the same family of brands that makes Jim Beam, Knob Creek, Booker’s and others. It’s buttery, and aged around eight years (although it no longer guarantees any such term), and has a pleasant spice that’s nice in winter weather but not overwhelming for those who don’t want the burn. It hovers around $50 per bottle, but you’ll be able to taste their reasoning whether you prefer yours over rocks or whisked around a snifter.

Barrel-Proof: Wild Turkey Rare Breed
Also known as “cask-strength,” this barrel-proof bourbon is a blend of three small batch bourbons (aged six, eight and 12 years), and, while it is known for a slightly hot ending, it's much less potent than you might expect for a spirit that pours at 112.8 proof. Dark, with slightly red coloring and a nutty, spicy herbal kick up front, it smooths out with sweet caramel, vanilla and cinnamon notes. Sure, you’ve probably had its 101-proof cousin at some point in your life, but this shows that you can be strong and smooth at once, all things considered.

Single Barrel: Michter’s 10 Year Single Barrel
Food & Wine called it the Best American Whiskey; we just call it damn-good, even at a price that gets you somewhere between $120 and $150 per bottle. Why the high dollar amount? Every year, this beautiful amber-brown spirit, a full decade-aged in fire-charred white oak barrels, is released in limited quantities after going through intense quality control by Michter’s master distiller, and it goes quickly. When you get the intense caramel and marshmallow flavor at the top, you’ll know why.

Small Batch: Four Roses Small Batch
Hitting you with 45-percent alcohol by volume, you’d expect this one from Atlanta-based Four Roses to be menacingly punchy. But this award-winning spirit’s toasted honey flavor mixes and mingles with oak, cream and fruity notes that dance atop the palate without stomping on your taste buds. Putting you back only about 30 bucks, it’s easily worth the price and stands out prominently from competitors such as Woodford Reserve and Knob Creek — at least in this bourbon-fan’s humble opinion.

Barrel-Finished: Angel’s Envy
With an appearance somewhere between copper and gold, this elegant bourbon gives off a maple and nut flavor that finishes neat and sweet. That’s due to the finishing, the part in which the bourbon sits in different wood than the barrel in which it initially matured, at the end of the aging process. In Angel’s Envy’s case, this occurs in ruby port wine casks for six extra months. It makes a stellar Boulevardier, and comes alive with a single sliver or cube of ice, which awakens the vanilla and makes for a complex, sophisticated and smooth sip. You’re probably spending right around $50 for a bottle, but hey, you wouldn’t expect angels to be envious of a cheap bourbon if they drank it, would you?

Bonded: Old Grand-Dad
Bottled in Bond bourbons, which are often labeled “BiB,” are not easy to find, because there’s a lot of work involved to make them. Federal law says they must be aged in a warehouse under government supervision for no less than four years. Also, it must be a one-of-one-of-one: it’s distilled and barreled in a single year, by a single distiller, in a single warehouse, and it has to be 100-proof, no more and no less. For all that trouble, you’d expect to get hit over the head with the price, but if you can find a bottle of Old Grand-Dad, it shouldn’t get higher than $25 bucks, and it’s excellent. The high rye content makes quite an peppery entrance as it hits your tongue, but the lingering finish evolves and calms itself into a buttery, woody and warm afterthought.