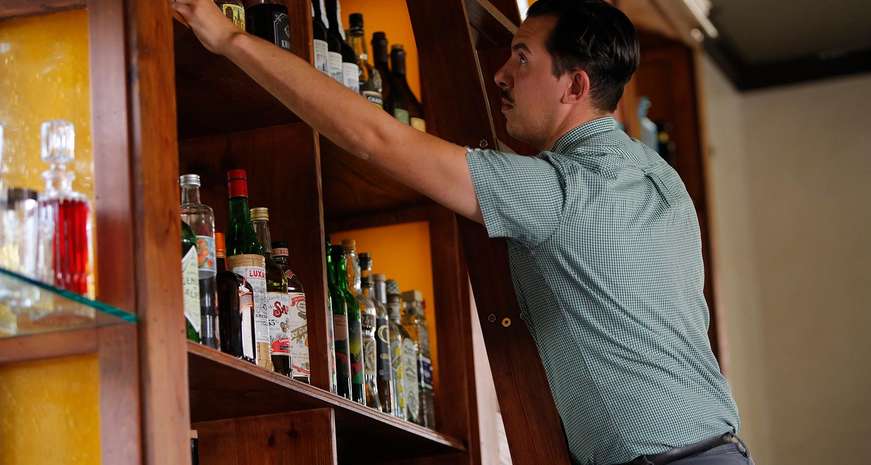 Today, the James Beard Foundation released the list of finalists for all of its award categories, and our region has once again shown up in force, with potential winners representing a wide swath of Southern states. Because it’s true that the nomination itself is a victory, here are all the restaurants you need to visit to judge for yourself.

Alabama: Highlands Bar & Grill
Birmingham’s famous fine dining establishment is once again included in the final round for Outstanding Pastry Chef (Dolester Miles). It’s also competing to be called a “national standard-bearer” in the overall Outstanding Restaurant category — the only Southern restaurant to make the finals. This is Miles’ third consecutive year being nominated for the pastry chef nod, which tells you that even if she doesn’t win you’ve definitely got to get to Birmingham for something sweet, and soon.

Florida: Alter
Executive Chef Brad Kilgore, a native of Kansas City, Missouri, came to Miami and conquered with his uniquely playful style of fine dining. For his creativity and attention to detail, he’s a finalist for Best Chef: South. Is this the year the southernmost city in the U.S. finally proves the naysayers wrong about its culinary ability?

Georgia: The Grey, Kimball House
After her restaurant was named best in America by Eater, it’s safe to say Mashama Bailey is a favorite to take home the award for Best Chef: Southeast. Meanwhile, just outside Atlanta, Kimball House partner and bartender extraordinaire Miles Macquarrie’s cocktail offerings — particularly his ornate absinthe service — are instant must-do experiences for any serious sipper in the South. As the only restaurant or bar representing the Greater Atlanta area, 2018 might be the year that Decatur is finally deemed “greater.”

Louisiana: Willa Jean, Herbsaint, Cure, Bacchanal, Brennan’s, Coquette, Upperline, Compère Lapin
New Orleans is unsurprisingly leading the pack when it comes to Southern cities. Willa Jean’s Kelly Fields is up for an Outstanding Pastry Chef award, while Herbsaint chef Donald Link could bring home the overall Oustanding Chef award. Cure, a cocktail bar in the Freret neighborhood, is competing for Outstanding Bar Program, while Bacchanal’s wine list could win Outstanding Wine Program honors. Three NOLA restaurants have chefs who made the cut for Best Chef: South (Nina Compton of Compère Lapin, Slade Rushing of Brennan’s, and Kristen Essig and Michael Stoltzfus of Coquette), while JoAnn Clevenger of Upperline is in the running for Outstanding Restaurateur. And two other New Orleans restaurants are simply collecting awards without competing: Commander’s Palace co-proprietors Lally Brennan and Ti Martin will be inducted into JBF’s 2018 class of Who’s Who of Food & Beverage in America, while Dong Phuong Bakery is being designated as one of this year’s “America’s Classics.”

Mississippi: Snackbar
Vishwesh Bhatt’s talent has earned the India native praise and accolades from both media and America’s culinary elite since he joined John Currence’s restaurant empire and helped open Snackbar in 2009. This may finally be his year to take home the medallion.

North Carolina: Poole’s Diner, Nightbell
Asheville is represented in the category for Best Chef: Southeast by Chef Katie Button, who serves seasonal “nose-to-tail” Appalachian cuisine at her restaurant Nightbell. Meanwhile, celebrated chef Ashley Christensen is looking to bring home the big one, Outstanding Chef for the entire country, for her work at Poole’s Diner. It certainly wouldn’t be a surprise to anyone who’s enjoyed the restaurant’s “reimagined comfort food.”

South Carolina: FIG, Rodney Scott’s BBQ
Out in Charleston, downtown restaurant FIG is battling New Orleans’ Bacchanal for Outstanding Wine Program, while Rodney Scott is one of the five finalists for Best Chef: Southeast. We know where we’re going for ribs next time we’re in town!

Tennessee: The Barn at Blackberry Farm, Andrew Michael Italian Kitchen
Memphis is known for barbecue, but this year it’s the influence of Italy that is getting major attention, through the work of Andrew Michael Italian Kitchen owners and executive chefs Andrew Ticer and Michael Hudman, who are nominated together for Best Chef: Southeast. Back to see about taking the award for herself and claiming yet another Beard for The Barn at Blackberry Farms is Cassidee Dabney. Anyone who’s experienced an unbelievable farm-to-table dinner on the property knows another win wouldn’t be a shocker.

Texas: Anvil Bar & Refuge, Olamaie, Barley Swine, Cured
Going for an Outstanding Bar Program award, classic cocktail bar Anvil in Houston has stiff competition coming from Georgia and Louisiana; now’s a good time to have a Cuba Libre, a “Spike Tyson’s Rum Punch-Out” (it’s hard-hitting), or get a sip of one of their celebrated “Break-Even Bottles” — top-shelf spirits offered affordably at cost. Over in Austin, Olamaie chef Michael Fojtasek and Bryce Gilmore of Barley Swine are both included in the finalists for Best Chef: Southwest, with a little neighborly competition from San Antonio via Chef Steve McHugh of charcuterie-focused restaurant Cured. Is Texas big enough for so much culinary talent?

Whoever you're rooting for, there's certainly a lot of eating to do, and when it comes to recommendations, you could do a lot worse than the James Beard Foundation. Get out there and decide who should win, and stay tuned for the announcement of this year's winners on May 7.