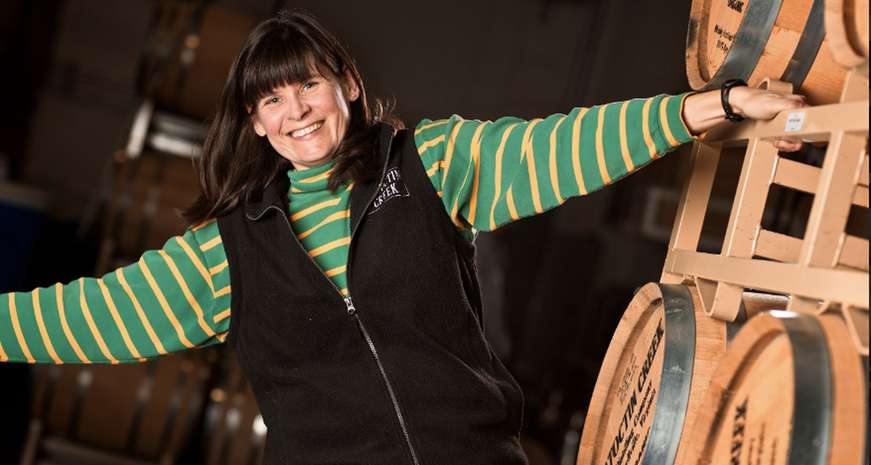 If I had a dollar for every time a man looked shocked when I ordered a whiskey-based drink, I’d probably have enough money to buy my own distillery.

Even though women have broken down all sorts of barriers, whiskey can in many ways seem still seem taboo. Thankfully that's starting to change.

Somewhere in Virginia
Becky Harris is used to staying in her own lane. As the chief distiller at Catoctin Creek, located in Purcellville, Virginia, she’s usually the only woman in the room.

For Harris, a life in whiskey was never a part of the plan. She attended the University of Wisconsin, where she majored in chemical engineering, a skill that has proved to be incredibly useful in the distillation process. “If you want to break it down into non-romantic chemical stuff, whiskey is just ethanol,” she said. “A lot of it is trying to make a process of making ethanol consistently delicious.”

When Harris’ husband came to her with the idea of starting a craft whiskey brand, she hesitated. She didn’t know much about whiskey and — frankly — she had two kids to look after. “I wasn’t a big fan of American whiskey and I hadn’t tasted a lot of it,” she said. “I figured it was kind of a guys’ thing. I drank a little wine but I wasn’t even a big drinker of [that].”

Finally, after her husband drew up a fairly in-depth business plan, Harris agreed to lead Catoctin Creek, and she has been racking up awards for her product almost ever since. Since Catoctin Creek’s launch in 2009, it has won awards at the 2017 San Francisco World Spirits Competition and the 2018 World Whiskies Awards, as well as taken home TripAdvisor's certificate of excellence for the past four years. It is Virginia’s most-awarded whiskey.

And in this process, she has learned to appreciate the spirit. “I didn’t fall in love with whiskey until I started creating it,” said Harris. “We make a young rye around 2 years old and that’s pretty young in bourbon terms. ... Rye[s] are much more palatable to me then the flavors of young bourbon. Everything is based on my personal preference.” 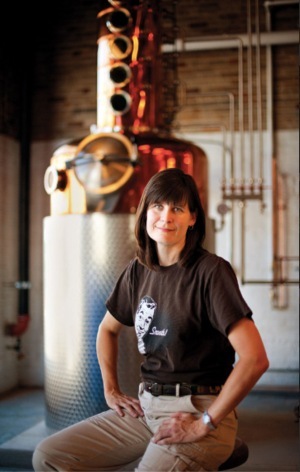 “The only way I got a seat at the table was by starting a company”
On top of being a trailblazer for female distillers, Harris is also making strides for her state of Virginia, which obviously isn’t Kentucky or Tennessee, where large whiskey producers such as Jack Daniels, Makers Mark and Elijah Craig have long held a foothold.

Women do not traditionally hold position of power in these spaces, asserted Harris: “The only way I got a seat at the table was by starting a company.” Thankfully, working in a male dominated field isn’t something that phases Harris in the least. “I’ve always worked in a traditionally male space," she said. "Chemical engineering is a male-dominated space, but there have always been women in whiskey.”

In the book Every Home a Distillery, by Sarah Hand Meacham, womens’ historical contributions to early colonial spirits are unearthed. According to her research, until the mid-18th century, women were the primary producers of alcohol. This makes complete sense when you consider the fact that practically everything could make you ill back then and there were few, if any, systems in place to ensure that everyday necessities such as milk, water and meat were safe for consumption. Alcohol wasn’t simply a beverage to ingest but also a tool used to sterilize household items, in addition to being widely used in cooking, beauty products and medicine.

With the recent admission by Jack Daniels of the integral role that Nearest Green, a slave, had in the creation of the iconic brand, I would be remiss to not also mention the likely role women of color likely had in these operations as well. Of course, there is no way of quantifying this fact, but with a fair amount of the management of a household left to slaves —  especially in the South, where a majority of whiskey has been historically produced — it is not unreasonable to assume that black women probably had their fair share of experience with distilling a wide range of spirits.

“It wasn’t until industrial improvement came across from Europe that there was a shift. Then [distilling] was an industrial process, which made it masculine, as opposed to it being another form of cooking, which was a woman’s job” said Harris. “[Men] didn’t take laundry and industrialize that — they took whiskey. [Before], it had always been a part of women’s work.” 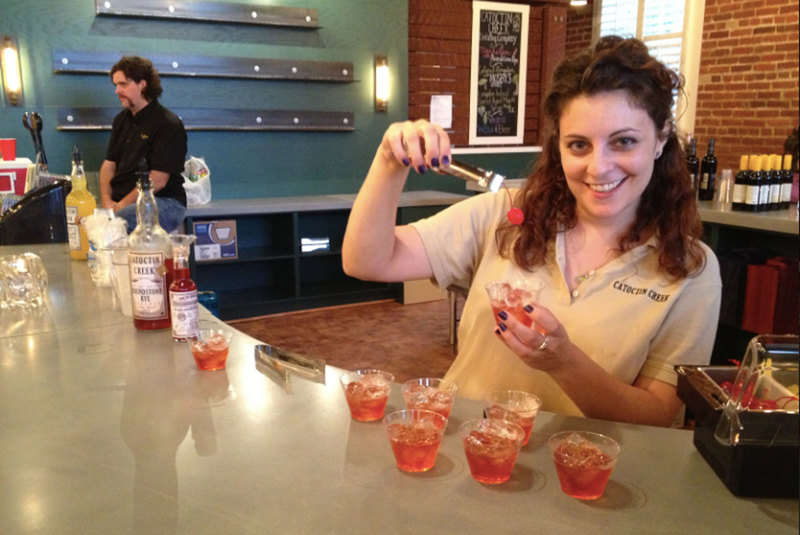 Whiskey is a man’s drink
Harris also thinks that the Temperance Movement played a large role in whiskey's shift to the male sphere.

Alcohol consumption had been a well-accepted social activity from the very beginning of American society. It was not uncommon from men, women and children to enjoy cider, beer, wine and other beverages. Consumption wasn’t the problem — public drunkenness was.

Technological advances during the Industrial Revolution made it possible for people to consume larger quantities because more of it was around. This, of course, led to more instances of violence (typically against women), disease and financial hardship for families. “When you look at the amount of damage … over-consumption ... did, women were being damaged by the degree of drunkenness, so they turned away from it,” said Harris.

In the late 1830s, the average yearly consumption of alcohol for Americans was about seven gallons, according to a documentary produced by Ken Burns on PBS. The vast majority of saloons only served men, and women had little — if any — legal rights or protections. “Women whose husbands abused them — or just spent the grocery money on liquor — were rarely granted divorces, and had few ways to support themselves (and could not own property) if they did manage to leave, or were widowed,” wrote Christen McCurdy in Lady Liquor: Temperance, Suffrage and the Matter of Strange Bedfellows. She continued: “Temperance fueled as important a contribution to the woman movement as abolition. Slavery fueled discussion of the innate equality of humans of all races and sexes; intemperance forced consideration of inequality and abuse within the American family.”

As a consequence, the Temperance Movement helped to spawn what later became the Suffrage Movement. And Harris surmised that because of the damage that whiskey and other spirits had on women specifically, they may have associated its consumption with bad habits and turned their backs on it.

Thankfully, women are now coming back around.

Sisters are doin' it for themselves
According to a report by by CNBC, whiskey sales in the U.S. among millennials have skyrocketed. Sales have increased from $252 million to $3.4 billion, as of 2017. Clearly more people are learning to appreciate whiskey at rates never seen before.

But what does this mean for women?

While men have traditionally been the gatekeepers of the whiskey world, women are starting to flex their might. Consider industry insiders such as Elizabeth McCall, the assistant master distiller at Woodford Reserve; Pamela Heilman, the master distiller and executive vice president of production at Mitcher’s; Eboni Major, a blender at Bulleit Whiskey; and, of course, Harris. Women are making their presence felt.

“Women have come to appreciate the flavors of whiskey. [You] can’t understate the impact the cocktail renaissance has had on this” said Harris.

Still though, there are whiskey brands that manage to completely miss the mark as they begin marketing to women. Women “don’t want it shrinked and pinked,” said Harris. 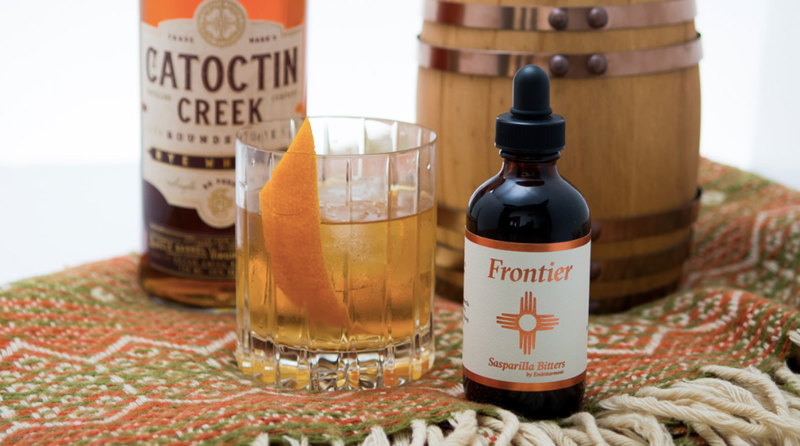 Giving whiskey a chance
Still, whiskey isn’t for those who can’t appreciate bold flavors. It’s certainly a spirit that makes itself known and isn’t easily disguised in a cocktail, which is what most whiskey lovers enjoy about it in the first place.

So if you find yourself interested in whiskey, but you’re not a fan of its strong flavor, what’s a girl to do?

Harris recommends starting out with something easy like a whiskey ginger or a good whiskey sour. They are easy, approachable cocktails for those looking to give whiskey a shot (pun intended). Another tip, according to Harris? “If you’re not a spirits drinker, learn to taste spirits neat," she said. "It’s not something most people are comfortable with in the beginning because it’s too strong. The first sip is to acclimate your plate.”

But, it’s also important to say that as a woman, you don’t owe it to anyone to like whiskey. If you’ve tried it and really decide it’s just not for you, that’s okay. The point is to drink what you like, no matter the social constructs attached to it.

“For me I’m still learning,” said Harris. “Curiosity! Every time I have [an opportunity to try] something new I take it.”

"The Cast Iron Chronicles" series kicks off in Atlanta

"The Cast Iron Chronicles" series kicks off in Atlanta