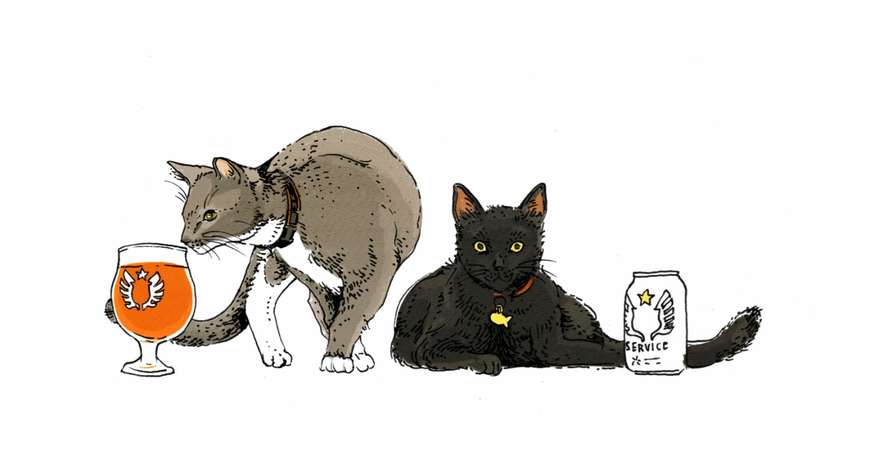 Blackhawk and Chinook, cats from Service Brewing in Savannah

Cats are an independent lot. These natural-born creatures of the night prefer creeping about alone, in search of critters and playing among the shadows, to the chatter and clatter of the day. One might think the finicky feline is lazy, sleeping close to 20 hours per day, but this isn’t so. Cats have been on the clock for millennia as exterminators as well as companions to their humans.

The first businesses to invest in hiring feline employees were distilleries and breweries. Mice, rats and birds can become problems quickly when rye, barley, corn and wheat are easily available for feasting. Cats simply follow through on their instincts to seek and, when they’re ready, destroy.

Author and drinks-writer Brad Thomas Parsons is also a self-proclaimed cat dad. His adoration for these lovable mousers compelled him to tell the stories of 30 cats from around the country, working to keep America’s distilleries and breweries pest-free. They're a mix of strays who stayed, and life-saving adoptions who now live full-time at their place of employment. And seven of the kitties are from right here in the South.

His charming ode to these dedicated mousers, "Distillery Cats," is a 104-page book that captures the cats’ personalities, quirks and “kills,” through “interviews” and cleverly-drawn sketches. In addition, Parsons includes 15 cocktail recipes for sipping while reading. The book is light, fun and perfect for the cat lover who happens to enjoy a good drink. Even the avid dog person can appreciate these hard-working kitties. 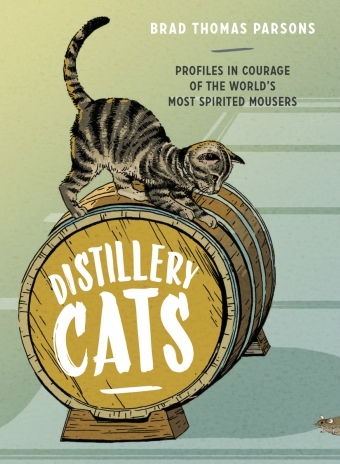 Here, now, are the Southern felines featured in Parsons’ book, and just seven reasons why this is a must-read for cocktail and cat aficionados.

Automatic has her own Instagram account that follows her antics at Creature Comforts Brewing in Athens, Georgia. It seems she spends the majority of her day lounging about the facility in various forms of repose when she’s not hosting tours or chasing large bugs. She was found as a small kitten trapped in one of the brewery’s grain bins on the day they were set to launch Automatic Pale Ale. At only seven months old, Automatic is still learning the ropes as a mouser but apparently she is quite talented at turning dog people into cat lovers.

Two dutiful felines patrol the grounds at Service Brewing in Savannah, Georgia. When not batting about keg caps or hiding in cardboard boxes, Black Hawk and Chinook spend their days entertaining guests and prowling the 28,000 square-foot distillery for pests. Owner Kevin Ryan found the pair when they were barely a month old during the brewery’s construction. Black Hawk follows the head brewer around making sure deliveries are on track and kegs get cleaned, while Chinook is a crowd-pleaser who prefers to play host to tour groups.

Nashville’s Corsair Distillery also employs two cats for pest control. Cooper serves as head mouser at their Merritt Avenue facility, while Pizza patrols their Clinton Street facility. Cooper is new to his job at Corsair. At only seven months old, like Automatic, this frisky feline is still in training, but owner Darek Bell tells Parsons that Cooper is a natural-born mouser who has already laid waste to several critters on the property. His five-year-old co-worker, Pizza, runs the show on Clinton Street, whether it's interrupting tours for attention, stealing food off the lunch table or never missing a mouse. 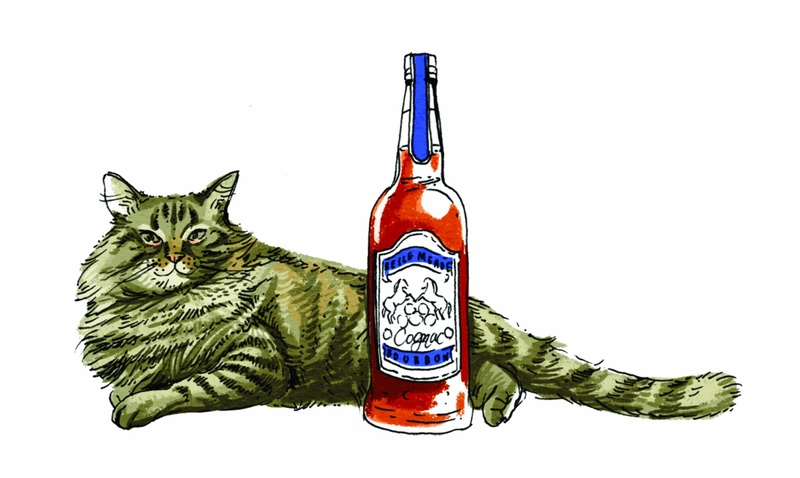 Just down the road from Pizza on Clinton Street, Sugar Maple (Shuggie; above) is gainfully employed at Nelson’s Green Brier Distillery. The Maine coon mix was adopted by co-owner Andy Nelson after the distillery opened in 2014. Andy and his brother/co-owner Charlie told Parsons that before Shuggie came to the distillery, pests were a problem, but not any more. Dubbed the “night shift manager," Shuggie has made quick work of her daily mouser duties. Her beauty and charm, however, proved too distracting during tours and left the brothers no choice but to keep their secret weapon behind closed doors.

Monica Pearce and Kyle Pfalzer, owners of Tenth Ward Distilling in Frederick, Maryland, adopted a gray and white kitty, which they named Verbal (for Kevin Spacey’s character Roger “Verbal” Kint in the movie "The Usual Suspects"), during their opening weekend. All of Verbal’s “kills” are recorded using hash marks in the office on a white board. At last count, 14 mice had officially been rubbed out by this no-nonsense mouser, who apparently likes to bring gifts to the guests during tours.

See below for a distillery-cat-inspired cocktail recipe.

Instructions
Combine all of the ingredients except the lemon peel in a mixing glass filled with ice. Stir until chilled and then strain into a chilled coupe glass. Garnish with the lemon peel.