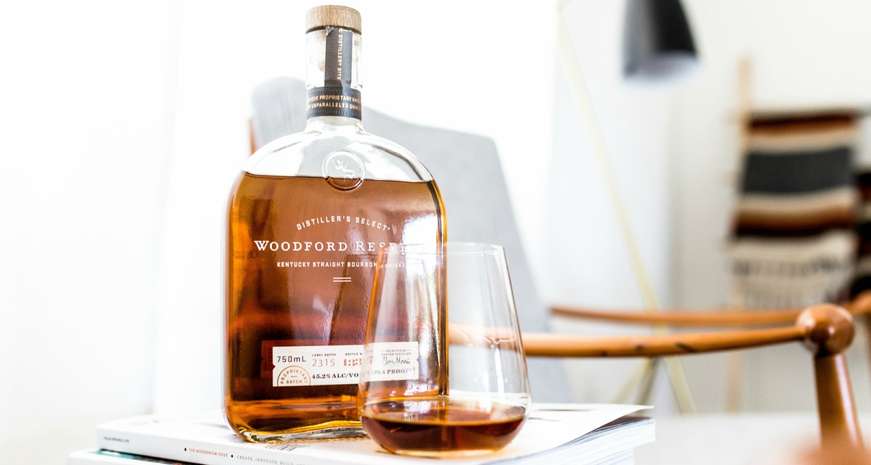 Like any true Southerner, bourbon is our preferred choice of liquor (at least most of the time). We’ll take it neat or mixed into an Old Fashioned.

But drinking isn’t the only way to enjoy this beloved liquor. The strong, smoky distinct flavor of bourbon can be found infused into a variety of snacks and drinks. Are any of them worth trying? Click the arrows above to decide for yourself. 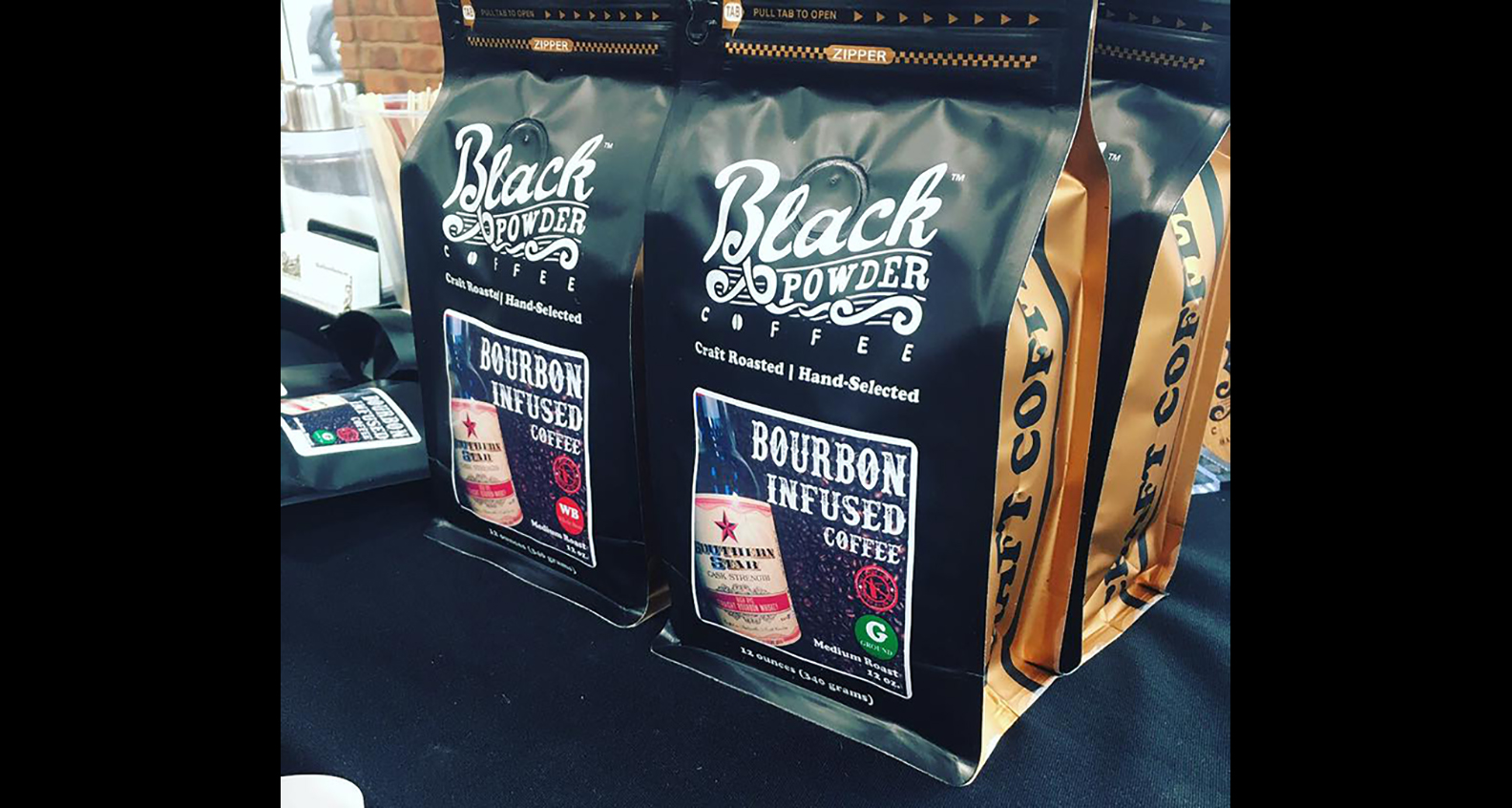 Coffee with a splash of bourbon? We’ll take a cup of that, especially when it involves two homegrown Southern companies, North Carolina's Southern Star distillery and Black Powder Roasting Company. To make the boozy beans, Black Powder infuses the green coffee beans with Kentucky bourbon and then roasts it all low and slow. This process allows the coffee’s flavor profile to keep hints of bourbon even after it’s been brewed. And while we’re sorry to say that these temperatures evaporate all of the alcohol, you’ll still get to enjoy the flavor of the bourbon in each sip. 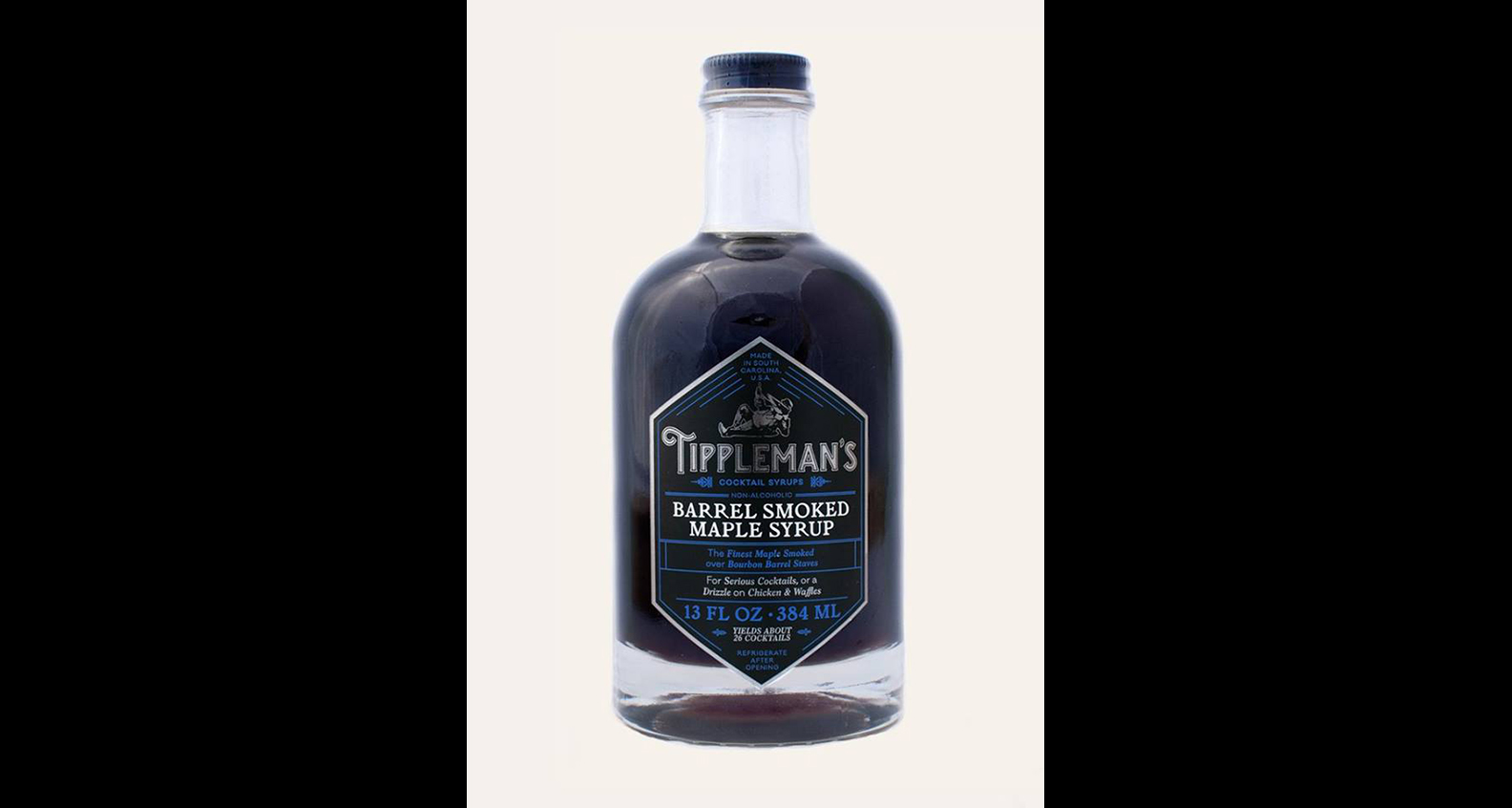 Drizzling maple syrup on towering stack of pancakes is one of the best ways to start your morning. To start your day off even better, swap out your ordinary Grade A for the Kentucky Bourbon Barrel Aged Maple syrup from Burton’s Maplewood Farm or the barrel smoked maple syrup from Tippleman's, a cocktail syrup manufacturer in Charleston. We especially love this second syrup, which is slowly smoked over pieces of Willett bourbon barrels for a pancake topping with subtle smokiness and a buttery, vanilla-hinted flavor. 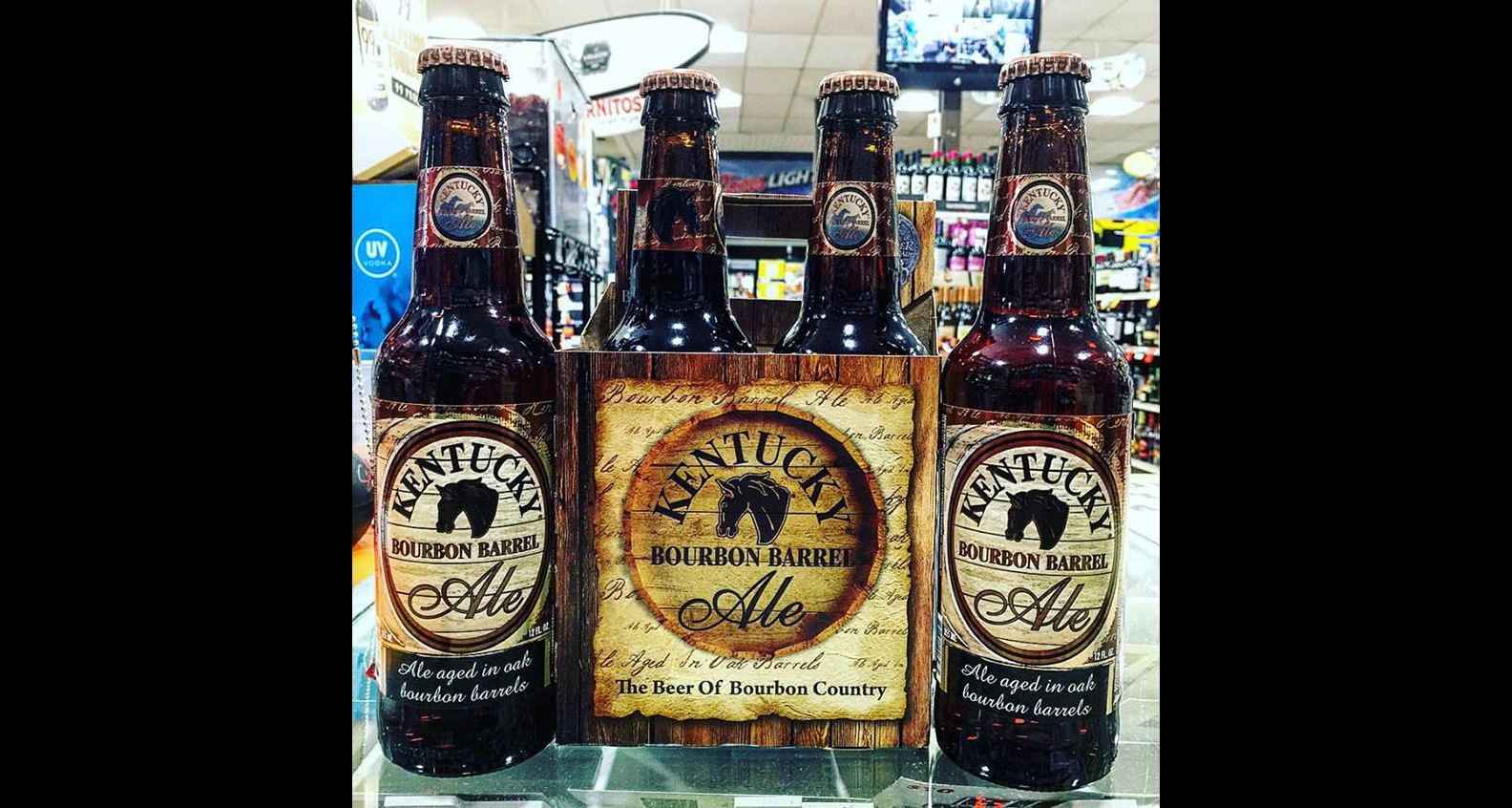 One of the best ways to enjoy warm Southern weather is sitting on a front porch sipping on an ice cold beer, especially if that beer is rich in bourbon flavor. The Kentucky Bourbon Barrel Ale from Alltech Lexington Brewing features flavors of bourbon, vanilla and oak, and is aged for up to six weeks in freshly decanted Kentucky bourbon barrels. And Southern Pine’s Bourbon Barrel-Aged German Chocolate Cake Stout tastes like a chocolate cake that’s been soaked in bourbon.

Of course, we'd be remiss not to mention Goose Island's highly-anticipated Bourbon County stouts that have an intense flavor profile of chocolate, caramel, smoke, vanilla and charred oak. 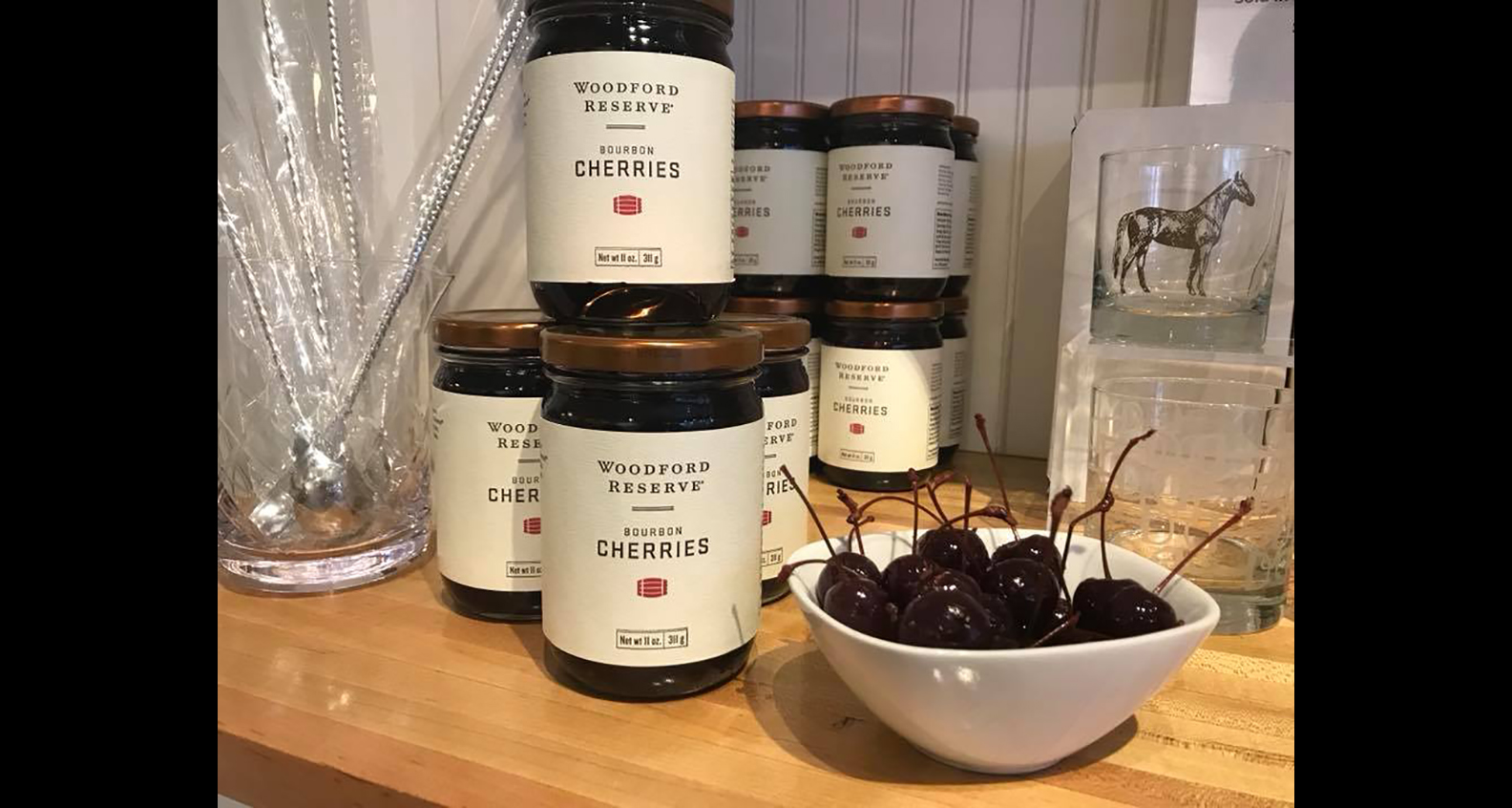 Forget about bright-neon colored maraschino cherries and start using these bourbon-soaked cherries the next time you want a Manhattan. Soaked in Kentucky’s own Woodford Reserve bourbon, the deep red cherries make the perfect garnish for a cocktail or as a topping on ice cream (or any dessert, really). 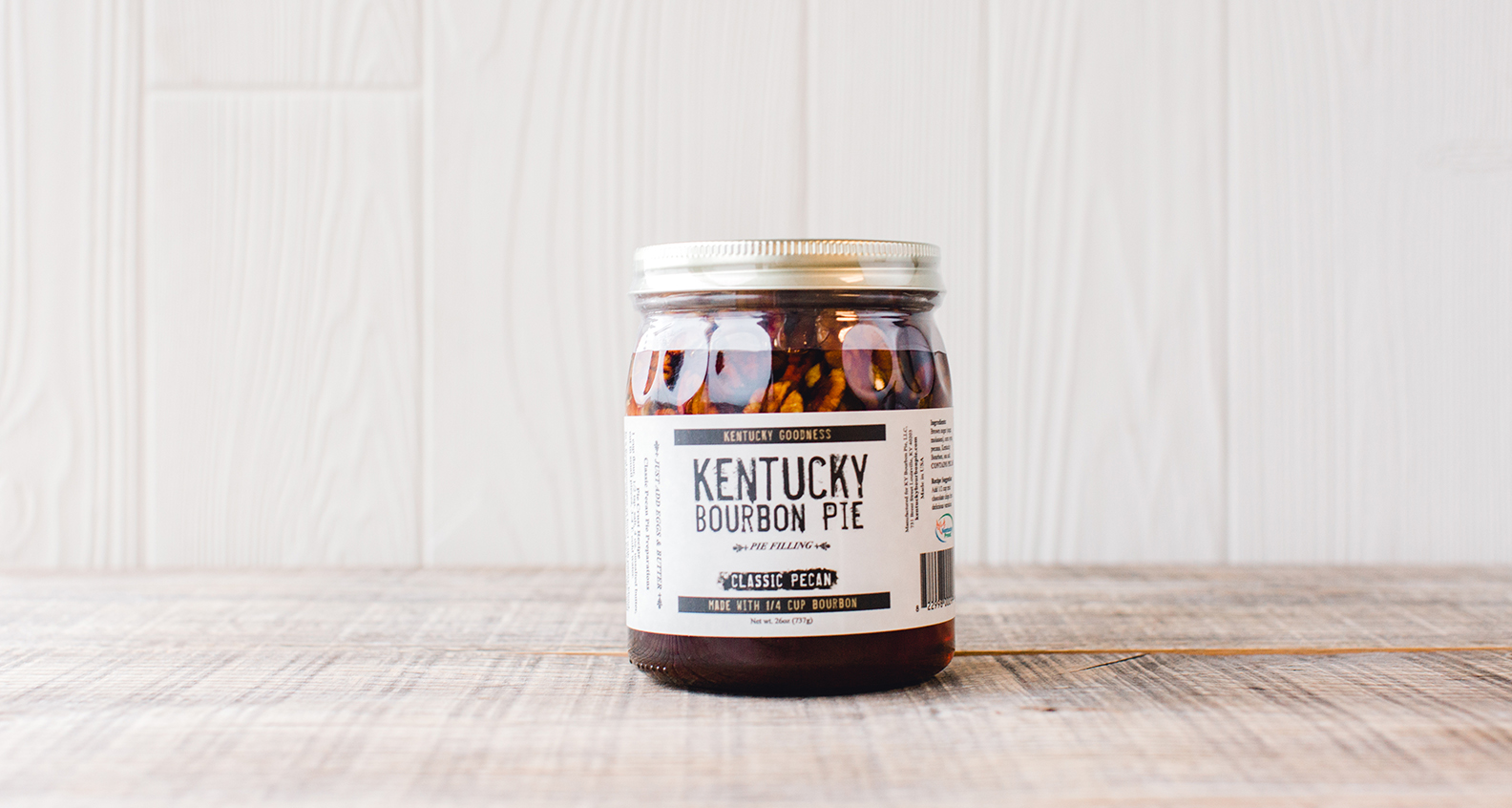 Making a homemade pecan pie takes time and patience, but with this pecan pie filling, you’ll cut down on time without sacrificing any flavor. Loaded with the rich flavors of pecans, brown sugar and a generous pour of Kentucky bourbon, this filling tastes as good as homemade.
Find the filling in the Southern Kitchen Shoppe
Get some tips for baking with it 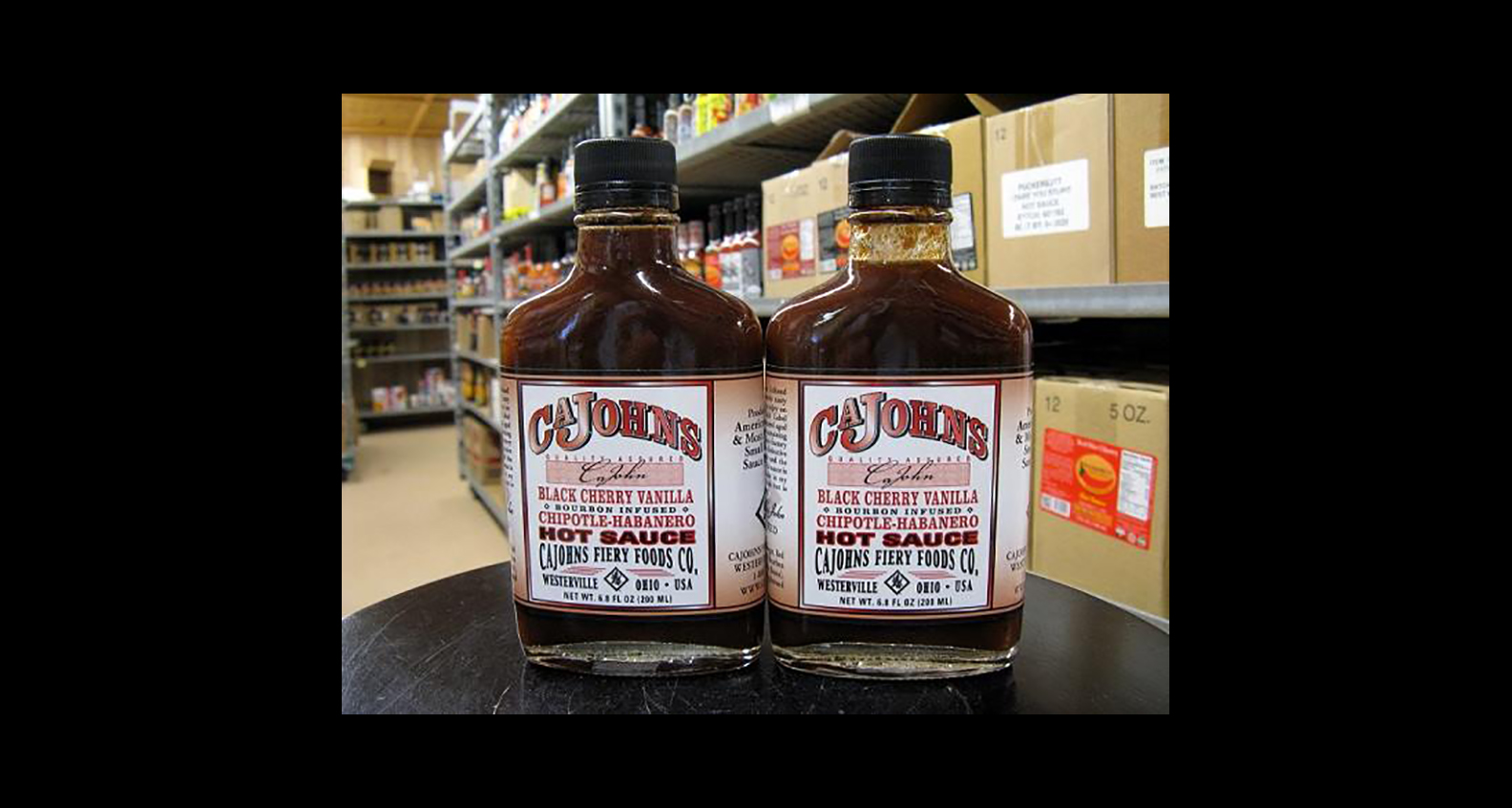 CaJohns Fiery Food is an Ohio-based company that specializes in hot sauce, salsas and spice mixes inspired by the flavors of the Gulf Coast and Southwest. One of the more, shall we say, interesting flavors is the black cherry vanilla bourbon infused chipotle haberno hot sauce. To get all of these flavors into one hot sauce, CaJohns infuses the bourbon with cherries and vanilla beans before it’s used to make the chipotle and habanero sauce. 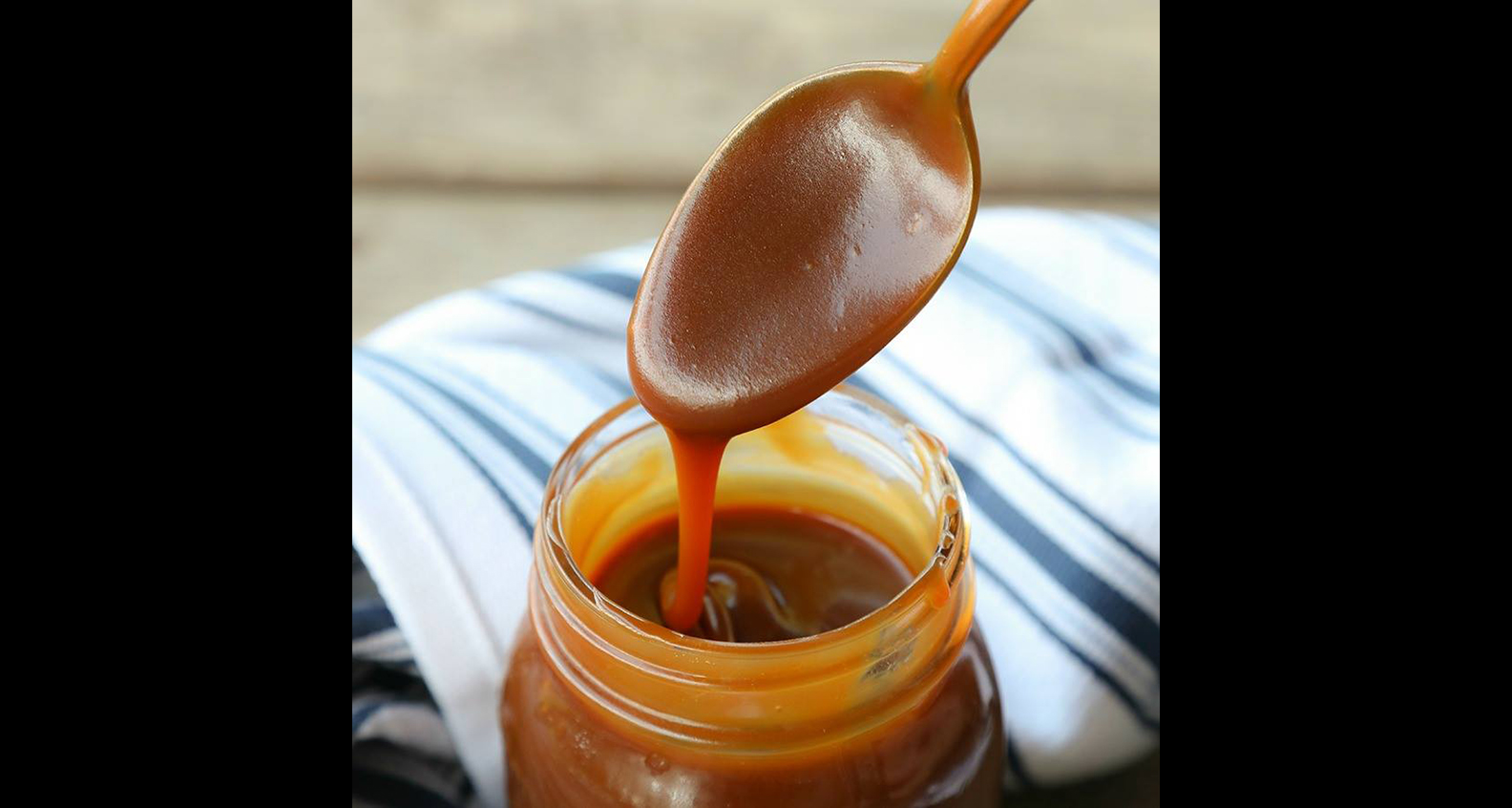 Southerners know that a splash of bourbon makes everything a little better. Lick My Spoon’s "Bourbon Me Bourbon" caramel sauce is another example of how to sneak a little something extra into your dessert bowl. Along with Kentucky bourbon, the sauce has a hint of fleur de sel and Madagascar vanilla to balance out the boozy notes. This sauce is a great topping for ice cream, but you can also drizzle it over pancakes and crepes or use it as a dip for apples or bananas. 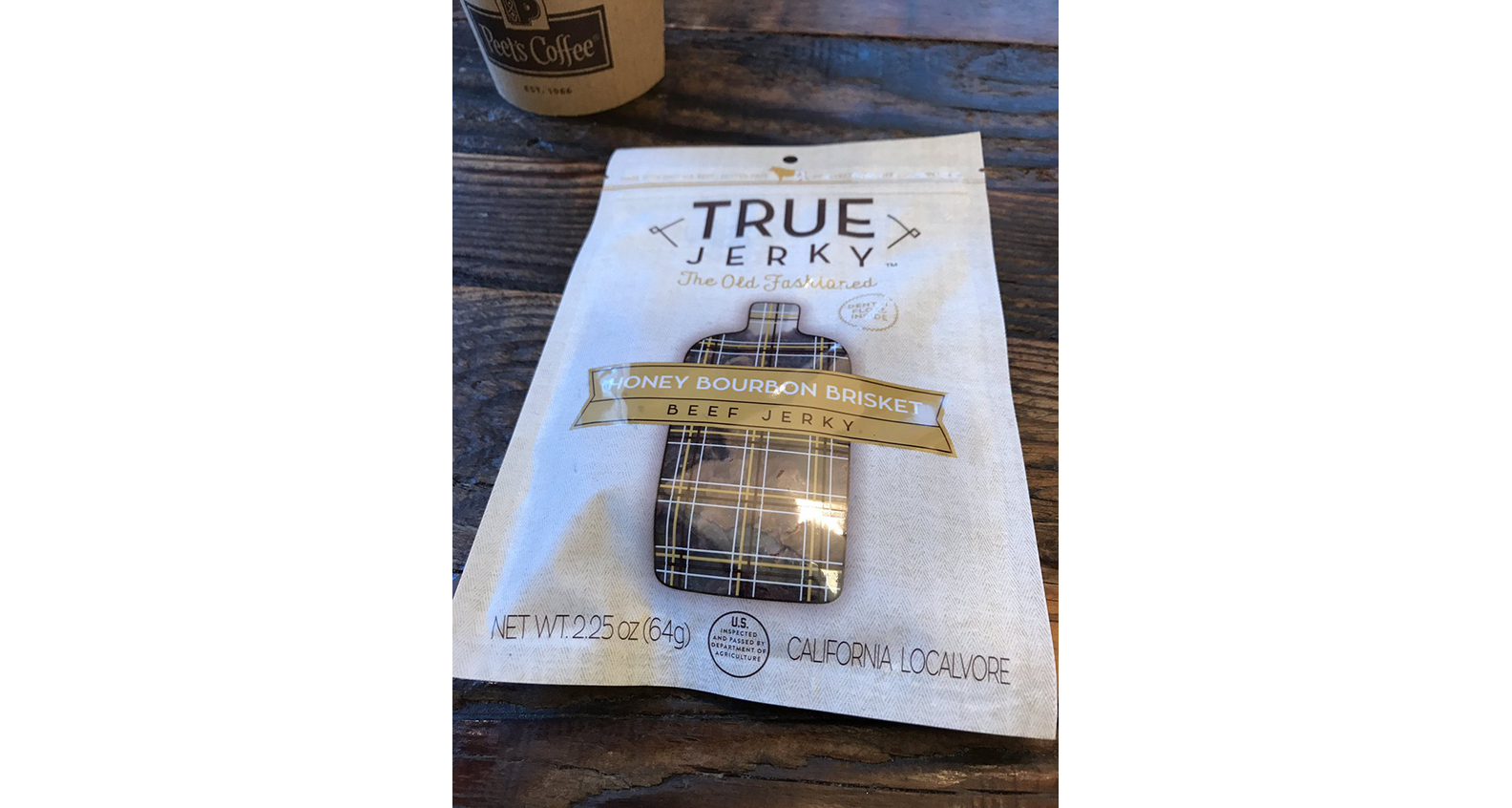 Southerners love their bourbon and brisket, so creating a snack with these two items is a no-brainer. Honey bourbon brisket jerky is the brainchild of San Francisco-based snack company, True Jerky. To create this unique snack, cuts of brisket are soaked in Kentucky bourbon and fresh honey. Make sure to pull this out while watching the Kentucky Derby. 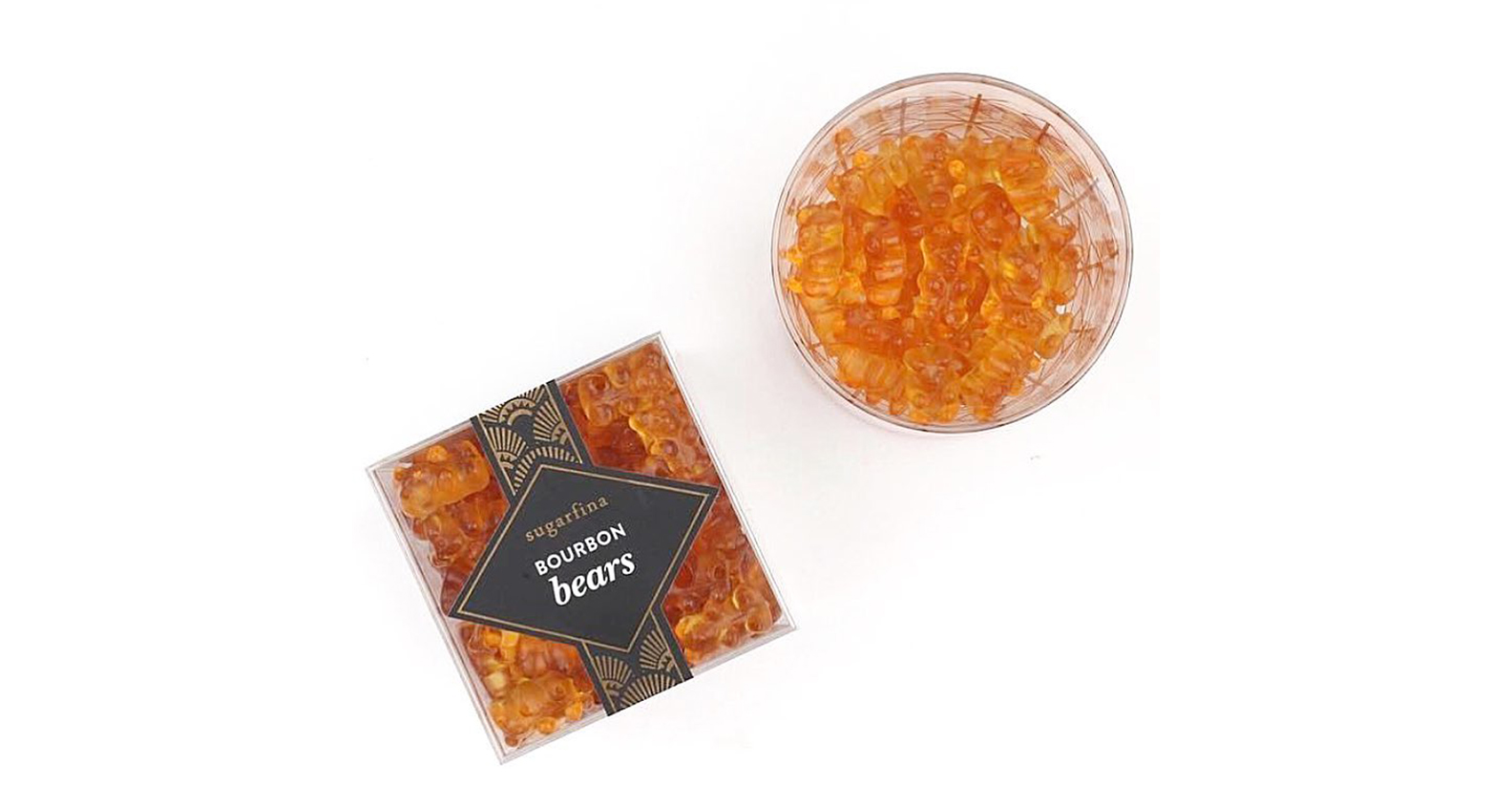 Southern Kitchen loves its Sugarfina gummy bears. While we usually stock the "Rosé All Day" and Champagne flavors, we are also known to take down their tequila grapefruit sours and peach bellini gummies. Indeed, the company has created a number of boozy candies, including bourbon bears. They might be sweet, but that kick of Kentucky bourbon at the end makes them a standout. 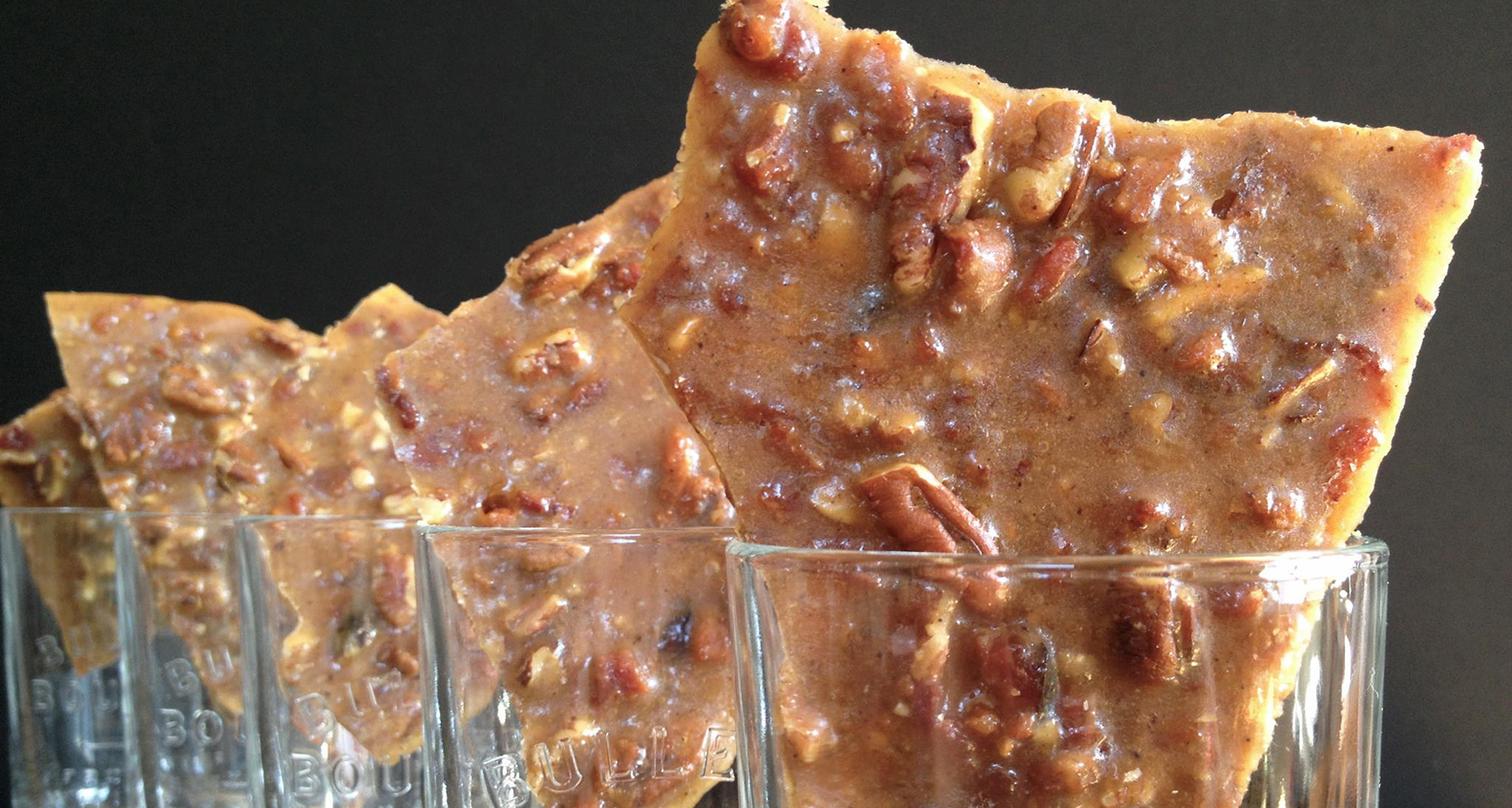 If you're looking for a little more crunch in your bourbon treat, try adding some of the South's favorite nuts. Bourbon Barrel Foods' Bourbon Smoked Peanut Brittle is a sweet and salty treat that you can eat by itself or use as an ice cream topping. Handmade right in the state of Kentucky, the brittle comes pre-crumbled into bite-sized pieces for the perfect snack. Or try the crunchy bacon and pecan brittle, The Filthy Pig, from Sugar Knife Artisan Sweets. A mixture of sugar, candied bacon, toasted pecans and a bourbon reduction creates a sweet and spicy crunch that's a perfect anytime snack.