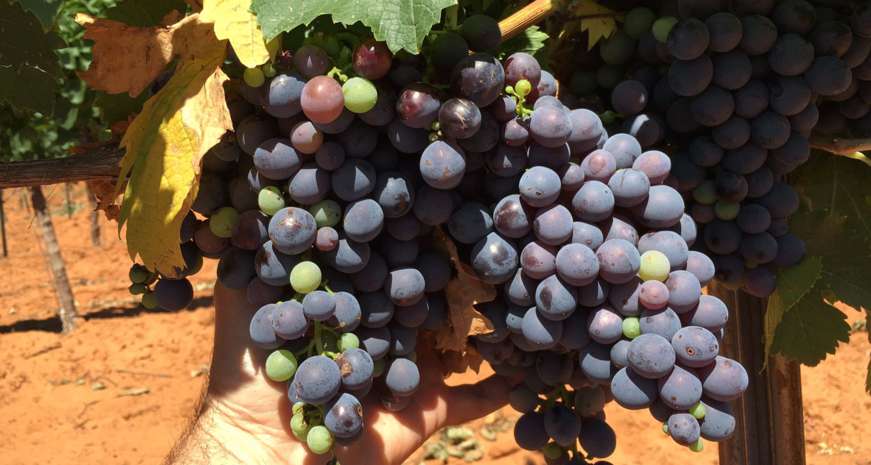 5 amazing wineries you can visit without leaving the South

Wine produced in the United States has evolved considerably over the last 40 years. Once dismissed by Old World purists, the Napa and Sonoma Valleys have spawned some award-winning wines and heavy-hitting wineries. The Pacific Northeast, California’s Central Coast and New York’s Finger Lakes later emerged as critics’ darlings among American wine enthusiasts.

Though still in their infancy as established American Viticultural Areas, a handful of Southern states have begun producing some surprisingly quaffable juice as of late. We’ve compiled a selection of some of our favorite wineries throughout the South, with the hope that some of these will grow to become major players in the national wine scene someday.

Rancho Loma Vineyards, Texas
The warm climate and terroir of West Texas have proven to be a boon for the winemakers at Rancho Loma Vineyards. Of the grapes that grow in the region, Rancho Loma utilizes Rhone varietals and grapes most commonly seen in Italy and Spain, such as barbera, sangiovese and tempranillo. Aged predominantly in stainless steel, these grapes come together in bold blends that pair beautifully with Texas barbecue.

Wolf Mountain Vineyards, Georgia
Taking home Best-in-Class and double gold medals at the San Francisco Chronicle and Los Angeles International wine competitions, Wolf Mountain Vineyards is a legitimate award-winning, European-style winery near Dahlonega, Georgia. In 2003, Wolf Mountain opened with an emphasis on quality, not quantity of wine production. While Wolf Mountain produces a select number of red and dessert wines, the stars of its program are white and sparkling wines. Unique among most wineries in the South, Wolf Mountain uses méthode Champenoise, a secondary fermentation that occurs inside the bottle, to produce crisp, Old World-style sparkling wines.

Stonefield Cellars, North Carolina
Over 20 years ago, some enterprising folks thought that the same North Carolina terroir that produced tobacco would be the perfect spot to grow wine grapes. Their gamble paid off, as many wineries now flourish near the Piedmont Triad of Greensboro, High Point and Winston-Salem, and our favorite is Stonefield Cellars. At the helm is president and winemaker Robert Wurz, who owns a Ph.D. in wine chemistry from University of California, Davis' fabled oenology program. Stonefield boasts 14 different grape varietals and produces wines that run the gamut from dry whites to sweet dessert wines. Don’t miss out on the cabernet sauvignon or the Barrel X, a blend of syrah, sangiovese, sarbera and merlot.

Biltmore Estate, North Carolina
It might be easy to assume that the honor of most visited winery in America might go to one of the larger labels in California; however, that accolade lies with Asheville, North Carolina’s Biltmore Estate. Producing wine since the 1970s and open to the public since 1985, the winery has become synonymous with some of the highest quality red wines found on the East Coast. In addition to sampling wine at the Biltmore, you can also tour America’s largest house and admire an impressive collection of sculptures from famed artist, Dale Chihuly.

Three Fox Vineyards, Virginia
Located near Washington, D.C. in the hills of northern Virginia, Three Fox Vineyards feels like being transported to Tuscany without leaving U.S. soil. This is no accident; proprietors Holli and John Todhunter fell in love with Italian wines while traveling abroad and wanted their winery to have a similarly relaxed vibe. Even its primary grape varietals scream Piemonte, with sangiovese, nebbiolo and pinot grigio making up the backbone of its wine production. The Todhunters also look to France, as cabernet franc, merlot and viognier all grow on the property as well.

Know the proper way to hold a wine glass

Know the proper way to hold a wine glass