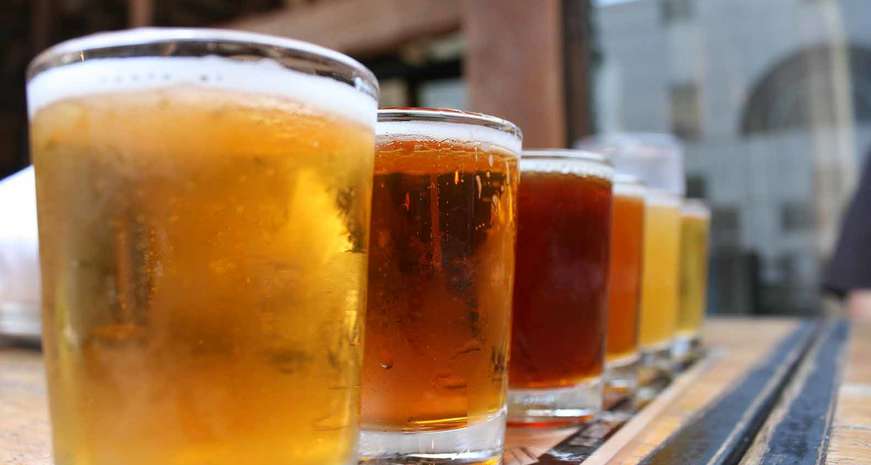 Tropical, hazy, malty and hoppy — here are 5 of the best Southern IPAs

No matter the time of year, us Southerners love our beer, and we love our hoppy India Pale Ales (IPAs) even more. These beers pair with all kinds of foods, plus they've got a truly thirst-quenching flavor that satisfies no matter the ABV. But which IPAs are the best to keep in your fridge? Read on for the five best Southern IPAs.

On March 21, 1933, President Franklin D. Roosevelt signed the Cullen-Harrison Act, which legalized the sale of low-alcohol beer (up to 3.2 percent alcohol-by-volume, or ABV) in the U.S., for the first time since Prohibition began in 1920. Cullen-Harrison was enacted three weeks later on April 7, and when he signed the legislation, Roosevelt famously said, “I think this would be a good time for a beer.” 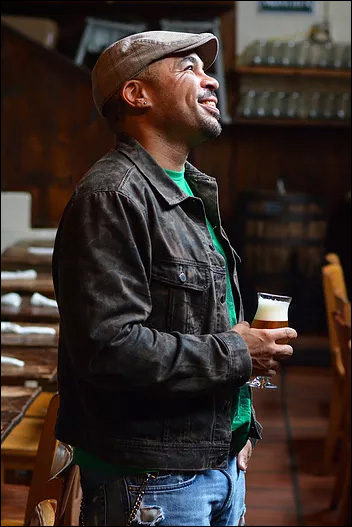 Beer authority Dennis Malcolm Byron, popularly known as “Ale Sharpton,” would certainly agree. As a beer writer and consultant, he’s used to celebrating it every day of the year, keeping an eye out for exceptional brews whether they’re made in the metro Atlanta area where he resides or various cities across the country and beyond.

As more breweries arrive throughout the Southeast, residents have more options than ever before, and to anyone with moderately adventurous taste buds, the task of separating the best from the rest can be a challenge. Always ready to talk about great beers (especially IPAs, as he’s an admitted “hop-head”), Byron shared five of his current favorite beers available now at bars and beer shops around the South. Cheers to beers!

NoDa Hop Drop N’ Roll; Charlotte, N.C.
Having won a Gold Award at the 2014 World Beer Cup®, this golden American-Style IPA — a style that usually boasts a pale or amber-red color and is balanced on hops and malt — is “the beer that started it all” for NoDa Brewing. The rich color is courtesy of its base malts (a blend of English and American), and the flavor profile is hop-heavy because the brewers add those bitter green nuggets before, during and after the boil part of the brewing process. Byron says it’s one of the most well-balanced IPAs on the market, which is probably what makes it one of Charlotte’s most popular beers. He also loves the fact that there’s a bit of a bonus if you purchase it at a store. “It comes in 16-ounce cans, so you get more bang for your buck.” He also says it’s hard to get it, but “if you do, you’ll be happy,” so try to beat the crowd. 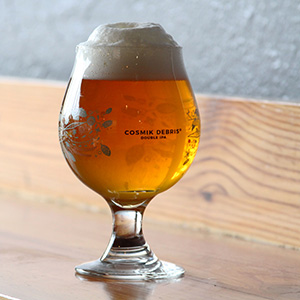 Creature Comforts Cosmik Debris; Athens, Ga.
This double IPA comes in at 8% ABV, and features a variety of hops (Simcoe, Idaho 7, Mosaic, Cascade and Chinook), which means it’s stronger (“It’s a sipper,” Byron warned), and has an intense flavor for palates that like a little punch. Georgia residents will find it on draft and in 12-ounce cans in the Athens and Atlanta markets. But like other Creature Comforts beers, including its infamous citrus IPA Tropicalia, you’ll want to act quickly. “It’s one of those joints you have to get while the getting’s good. And the can is dope!”

Burial Surf Wax IPA; Asheville, N.C.
Beer Advocate shows a score of 90, or “outstanding,” for this relatively new West Coast-style American IPA, which first made its way into cans in early fall of 2016. It’s got a “heady, danky bite” according to Burial, and it gets two pounds of dry hops per barrel, so you’ll definitely notice the bitterness. Its tropical notes do, however, give it a soft and sweet balance. And as for his opinion, Byron said that although Asheville is known for having a stellar beer scene, Burial stands out for how it handles its hops. "They know how to truly utilize flavor and aroma notes," he said, and he swears he intended no pun when he told us “Burial is killing it right now." 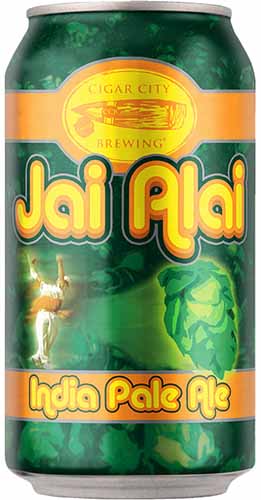 Cigar City Jai Alai; Tampa, Fla.
Named for a Spanish game that was once very popular in Tampa, in which players try to catch quick-flying balls exceeding 180 miles-per-hour, Jai Alai is brewed to resemble ales sent from England to British troops based in India, and is known for having a crisp taste and a fragrant bouquet. You’ll get flavors of Valencia orange, papaya, and rich, malty caramel, and it may be the least-difficult beer to find in this list. “It’s accessible everywhere, pretty much,” Byron said. “It’s also gonna be pretty damn fresh, because they run out of it a lot. And the whole key to [an] IPA is freshness.”

Snake Handler DIPA by Good People; Birmingham, Ala.
There are notes of biscuit and caramel in this bitter, medium-bodied double IPA, and you’ll get lots of aromas, from pine to pineapple, with a bit of citrus, flowers and spice and grass. You can find it not only in its home state of Alabama but also in Georgia (Atlanta and Athens), and in Tennessee (Memphis, Nashville, Chattanooga and surrounding areas). The Birmingham brewing company says this is their most requested beer, and Byron gives it the nod “because it is consistently solid and they are literally Good People.”

Can't find any of the beers on this list? We've got you covered
Here's the thing — Southern craft beer just continues to get better, year after year. If you're looking for a great beer, there's no longer any reason to seek out brews from anywhere else. Try a six-pack or two from one of our favorite breweries of the year, or try out one of these easy-drinking session beers. Prefer something heavier? Sample one of our favorite stouts or actually good pumpkin beers (yes, they exist).

See what we mean? Great beer is everywhere in the South.